Yes, yes, I know. By reviewing the HD20 today, I’ve now looked at three projectors in a row, without a TV in sight. Apologies if this has aggravated anyone. But honestly, as I noted in my previous review of Sony’s VPL-HW15, there are simply so many hot projectors coming out this month that if I don’t clear my decks of a few now, I’ll end up doing six, seven, eight, maybe even 10 in a row at some point before Christmas.


Also, I’m bound to say that if the quality of some of the models I’ve seen recently is anything to go by, if you’re not currently thinking of buying a projector, maybe you should!


Anyway, with a solemn promise that the next review I do will definitely be a telly, let’s get down to business with Optoma’s HD20.


It takes all of one nanosecond to uncover its main appeal. For with an inc VAT price of just £899.95, it really is extraordinarily cheap for what promises to be a genuine home cinema (as opposed to PC data) projector. A glance at its spec sheet reveals that it even sports a Full HD DLP chipset, for heaven’s sake.


This doesn’t make it the first Full HD projector to break the £1,000 price barrier (Vivitek did the same thing only last week with its H1080FD). But I can tell you now that the HD20 is easily the best. 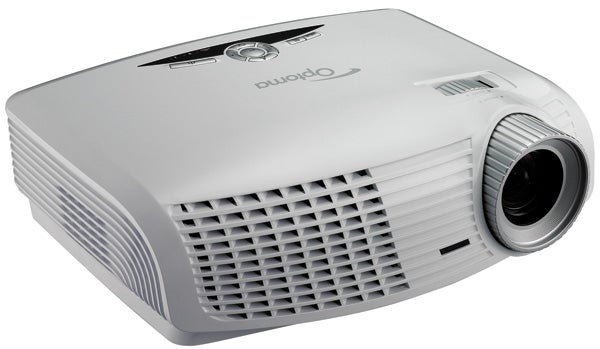 Not that this is particularly obvious from the HD20’s exterior, mind you. For while the design is reasonably cute in its gloss white finish and perky curved front end, the build quality reeks of plastic, and a large grille sat right next to the lens leaks a really quite alarming amount of light. Light which, of course, is thus not making it through to the lens and screen, and which is instead polluting the darkness of your room, potentially reducing the picture’s contrast.


That’s not my only bone of contention with the HD20’s bodywork either. For you don’t have to be sat especially close to it to notice that its cooling fans and DLP colour wheel really make a heck of a racket if you’ve got the lamp’s ‘Bright’ output option selected.


Thankfully, turning the Bright lamp option off reduces the running noise considerably, leaving just a high-pitched whirr that’s not too hard to live with. Though I should add that the level of brightness lost when you don’t have the lamp running at maximum is quite considerable; to the point where it probably won’t be a realistic option if there’s any degree of ambient light around in the room you’re using the HD20 in.


As well as letting a lot of light out, moreover, the grille next to the lens pumps out a serious amount of heat. I guess this shouldn’t become too much of an issue if you’ve got the projector sat on a coffee table in front of you, but if you’ve got it positioned somewhere close behind you, you’re likely to get slowly cooked. Especially, again, if you prefer to use the Bright lamp mode.


And still I’m not done grumbling about the HD20’s design. For I was also disappointed to find no optical image shift to help get the image correctly positioned on my screen, and precious little flexibility when it comes to angling the projector. This could force people who want to position the projector behind their seating position to adopt the venerable and really rather rubbish ‘propping the projector’s rear end up on magazines’ technique, with the onboard image-distorting Keystone correction then having to be used to get the edges of the image straight.

So far, it’s fair to say, the HD20 hasn’t exactly got on my right side. But it starts to slowly turn the corner with its connections, as I find the same two HDMI provision found on projectors costing 10 times as much, as well as the more predictable D-Sub PC jack, and component/composite video feeds. All in all, there’s nothing else you could reasonably ask for on such a cut-price machine.


Turning to the HD20’s other key specifications, we find Optoma quoting a startlingly (actually extremely optimistically!) high 1,700 Lumens of brightness, and a 500:1 ANSI contrast ratio.

This contrast ratio, of course, looks very impoverished versus the 60,000:1 figure quoted with Sony’s VPL-HW15. But the key point here is that the Optoma’s 500:1 figure is an ANSI measurement, attained using methods likely to produce a much more realistic figure than the ‘full on/full off’ figures most manufacturers love to dazzle us with. Well done, Optoma, on being brave enough to give us this helpful contrast figure.


Well done, too, on somehow coaxing out of the HD20 a picture quality that’s far, far less compromised than I would frankly have dreamed possible for £900.


For instance, rather than the nightmare onslaught of overcooked, unbalanced and noisy colours I’d thoroughly expected to uncover, the HD20’s colour palette is actually rather good. Skin looks like skin rather than orange peel, rich reds look reasonably vibrant and seldom if ever accidentally slide over into orange or purple, and even green – a colour even some quite expensive DLP projectors struggle with – isn’t the predicted over-dominant, radioactive mess. 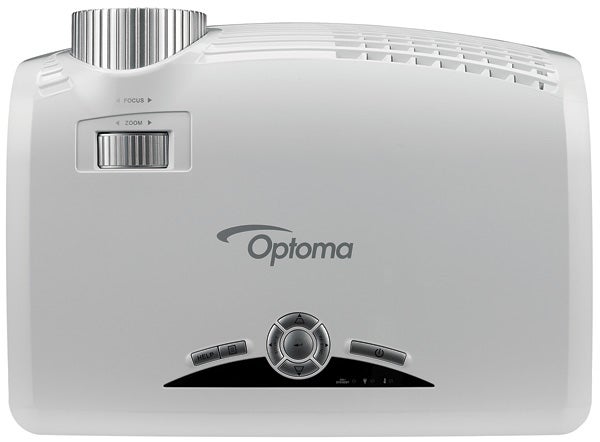 Dark scenes, meanwhile, are far from the mushy, grey, cloudy, detail-free zones found with so many other ultra-budget projectors. This is chiefly thanks to black levels which, while inevitably no match for costlier projectors like the InFocus IN80 or Sony VPL-HW15, are at least deep enough not to ever leave you squinting to make out what’s going on in dark backgrounds.


The projector’s black level response is also sufficient, in conjunction with the surprisingly rich colour palette, to make pictures look impressively punchy for this level of the market – even when the content of the image is predominantly dark.


There’s one other factor contributing to the dynamism of the image, too: brightness. For while I never got anywhere near the claimed maximum light output of 1,700 Lumens during any remotely ‘real world’ viewing, the image nonetheless looks much brighter than the often depressingly drab, muted efforts so common in the budget arena.


Another strong area for the HD20 is its HD sharpness. Admittedly, it never achieves the startling snap of HD as witnessed on some more expensive projectors, but there’s enough texture and clarity around to never leave you in any doubt that you’re watching – and loving – HD as opposed to standard def footage.

Next on our tick list is how pleasingly little the HD20 is affected by a couple of traditional DLP problems: the rainbow effect, and motion fizzing.


Regarding the rainbow effect (which finds stripes of pure red, green and blue flitting about in your peripheral vision), while the HD20 certainly isn’t immune to it, it’s much less overt and distracting than it was on the Vivitek H1080FD we looked at recently.


Some people are, we know, more susceptible to seeing the rainbow effect than others. But I’d say that you’d have to be really very susceptible to it for it to become a real, regular problem on the HD20. 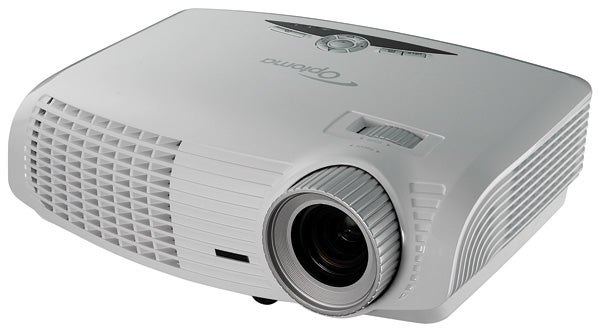 As for motion fizzing, where camera pans and objects – especially people – crossing the screen can cause some quite aggressive dot crawl noise, I only spotted this happening to any distracting extent four or five momentary times during the numerous hours I spent watching the HD20. Not bad when I’ve seen other budget DLP models suffer with this problem nearly continually.


The only definite performance weakness to report, in fact, is that the projector – hardly surprisingly, it has to be said – is very prone to judder when showing rapid motion or camera pans in a way more expensive projectors like Sony’s VPL-HW15 usually are not.


If you’ve read the main review carefully, you’ll have noticed that pretty much every time I’ve praised the HD20, it’s been along the lines of it being better than expected for its money, rather than suggesting that it represents the last word in projection excellence.


I want this to be totally clear, because I don’t want die-hard AV aficionados to think the HD20 is so good it makes redundant the idea of spending more money (if you’ve got it) to get something better.


Having cleared that up, though, there’s simply no denying that the HD20 shifts the goalposts of what I’d considered possible on a £900 DLP projector, and in doing so opens the quality big screen home cinema door to a whole new budget market. And that’s enough in itself to make the HD20 thoroughly deserving of a Recommended badge.