The ML750ST’s focus on convenience extends to an integrated speaker to save you from always having to find an external unit to hook it up to.

Not surprisingly, given the ML750ST’s size, this speaker isn’t exactly a whopper; its output power is rated at 1.5W. As a result, the ML750ST’s integrated audio should only be used as a last resort – especially when watching films. It sounds thin, harsh at high volumes, boxed in, and devoid of bass. There’s only a minimal sense of the sound being projected towards the screen from where the pictures are being shown. 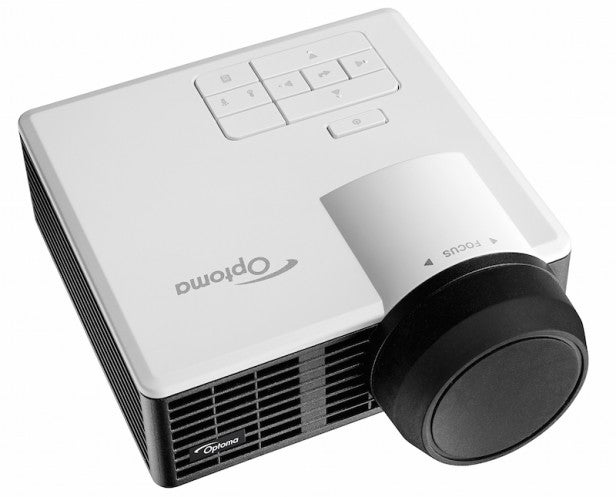 Having said that, voices are always intelligible – even during action scenes – and the actual volume level this little projector can hit is quite high. Note, though, that the harshness associated with the highest volumes doesn’t make for a very comfortable experience.

The ML750ST runs extremely quietly for such a portable projector, despite its impressive brightness. Fan noise is smooth and suppressed, and although you occasionally notice a slight high-pitched buzzing during very quiet moments, this is easily drowned out by movie sound – or by the drone of your voice when you’re giving a presentation!

The small remote control’s a little hit and miss, though. It’s easy to carry around in the bag provided with the projector, but on occasion its buttons can be unresponsive, and the lack of any backlighting for the buttons makes it difficult to use in a dark room.

The ML750ST’s input lag – the time it takes to render images after receiving their data – is outstanding; my measurements in the projector’s PC preset mode recorded barely 10ms. This is the lowest figure I’ve ever seen in a projector, and it means that you won’t be able to blame the ML750ST for any gaming fails. 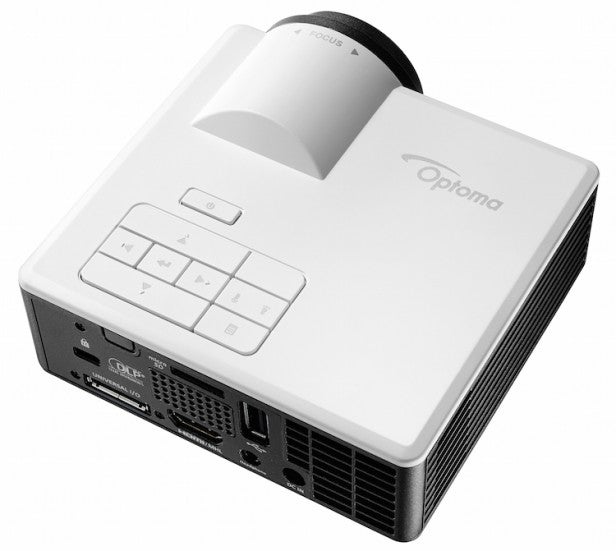 Should I buy an Optoma ML750ST?

Had it managed to come in around the £400 mark, the ML750ST might have made a case for itself as a great budget projection option for anyone. As it stands, though, the ML750ST’s near-£500 price means it won’t suit everyone. After all, while it’s a great performer for a pocket projector, you can get brighter, more high-resolution pictures for bigger rooms and bigger screens – whether for business or home entertainment purposes – from a full-sized projector such as the recently reviewed ViewSonic LightStream Pro7827HD without having to spend masses more.

If the ML750ST’s size is genuinely useful to you, though, then notwithstanding some quite noticeable rainbow effect, it’s both more flexible and more talented than any other pint-sized projector I’ve tested to date.

The ML750ST isn’t quite cheap enough to make it a great solution for absolutely everyone interested in big-screen thrills for the home, office or both. If, however, its spectacularly diddy design has real practical value to you, the ML750ST is the best pocket-sized projector I’ve tested for all-round picture quality and its ability to switch effortlessly between business and domestic duties.