As its name suggests, the HD91+ is an improved version of 2014’s HD91 projector.
It keeps the key LED DLP lighting system that made the HD91 so unique
for the sub-£5,000 projection market, but delivers enhancements to its
predecessor’s brightness and contrast. But do the changes do enough to
elevate the HD91+ from the HD91’s “good” level to excellent?

The
HD91+ looks identical to the HD91. This is no bad thing: Its elongated
shape, liberal use of angles, curved bodywork and large, centrally
mounted lens make it more attractive than most projectors on the market.
It even manages to inject a dash of colour in the form of a red ring
around the lens.

It’s promising to note, too, that the bodywork
incorporates what appear to be large venting “wings”. Experience
suggests these will prove helpful in keeping a lid on the projector’s
running noise. 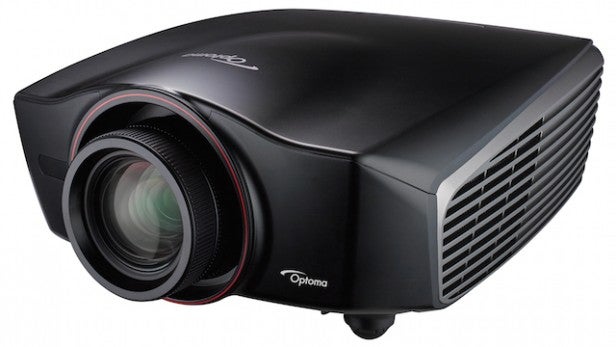 Connectivity is fairly strong. The two HDMIs are built to the HDMI 1.4
spec; this is a Full HD projector rather than a UHD one. There are two
12V trigger outputs for driving, say, motorised screens and curtains,
plus a component video input.

You’ll also find a RS-232 for
integrating the projector into a wider home-entertainment system, a USB
port for applying potential firmware updates, and a jack for attaching
an optional extra 3D transmitter.

The HD91+’s unique selling
point is its DLP LED lighting system. While normal UHP projection lamps
tend to last between 2,000 and 4,000 hours, the LED lighting in the
HD91 Plus is rated at a mammoth 20,000 hours. That’s long enough to watch
10,000 two-hour films, and effectively means that you’ll never need to
change the bulb throughout the projector’s working life.

This
isn’t the only benefit of LED lighting. It should also enable you to
continue watching the HD91+ for every one of those 20,000 hours with a
minimal loss in picture quality. Traditional lamps, by comparison, lose
brightness and colour response quite dramatically in the course of their
operating lives.

LED lamps should also deliver more stable
colours than normal lamps. In addition, since they’re much easier to
keep cool than normal lamps, turning the HD91+ on and off is pretty much
an instant affair, with no warm up/warm down process required. The
relative heat efficiency of LED lighting should also help it run more
quietly than rivals.

The HD91+ boasts a light output of 1,300
lumens and a contrast ratio of 600,000:1, versus the 1,000 lumens and
500,000:1 of the original HD91. These represent surprisingly large
on-paper improvements for a projector that adds only a “+” sign to the
name of its predecessor, and they immediately raise hopes of a
significant performance boost. 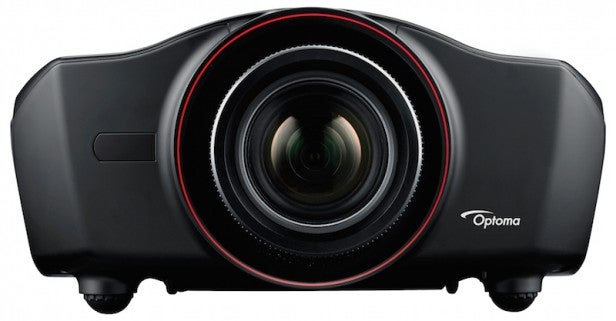 The final noteworthy features of the HD91+ is its PureEngine
video-processing engine, which includes tools for enhancing motion, colour and
sharpness. It also offers a huge suite of picture setup tools that mean
the projector is able to support a professional installation by a
trained Imaging Science Foundation (ISF) calibrator.

The
original HD91 was a tricky beast from which to get the best; I
certainly struggled to find an out-of-the-box setting that I liked.
Fortunately, perhaps because of its brightness and contrast
improvements, the HD91+ delivers far better instant results – although
the comprehensive nature of its adjustments is nonetheless welcome.

For
many users the Cinema or, more likely, Film picture presets will be the
best starting point, although there’s also a Reference mode that turns
off all the projector’s processing for AV fans wanting the “purest”
experience.

Personally, I was surprised to find that I quite
liked using the PureEngine system. I generally left Ultra Resolution on
and both PureMotion and PureColour on their lowest power setting. The
only exception to this was gaming, where you need to turn off as much
processing as possible to try to minimise the amount of time it takes
the HD91+ to render its images.

I also found it was necessary to use the colour-management tools to
reduce a slight infusion of reddish-pink that creeps into very dark
scenes. However, by far the most important setting to learn your way
round is the Dynamic Black feature.

This adjusts the picture’s
luminance continuously based an an analysis of the picture being shown –
but, for reasons I’ll get into in the Picture Quality section, I found
the Dynamic Black 2 and 3 settings pretty much unusable. As a result,
I’d suggest using the Dynamic Black 1 setting, since turning the feature
off entirely reduces the projector’s contrast performance to a point
where it doesn’t quite hit the spot for a projector costing £3,500.

If
you find even Dynamic Black 1 uncomfortable, then I’d suggest using the
non-dynamic LED Brightness feature set to around 60% for a dark room or
around 70-75% if there’s some ambient light with which to compete.

When
it comes to the physical side of setting up, the HD91 Plus is pleasingly
flexible. It sports a 1.9x optical zoom – more than you customarily get
with DLP projectors – and there are simple wheel adjustments for
optically shifting the image horizontally or vertically. This means you
shouldn’t have to distort the image with digital keystone correction.

Zoom
and focus are achieved via simple, reasonably taut rings around the
lens. However, the thought did occur to me that a motorised system might
have been nice on a £3,500 projector.