Out of the box, the HD28DSE has some significant issues. The worst of which is unstable levels of brightness when watching dark scenes in movies.

This is a result of the Dynamic Black feature adjusting the projector’s light output in response to changes in the image content to boost dynamism and black-level response. Many other projectors use dynamic contrast systems too, but the one employed by the HD28DSE seems too react too slowly and then too aggressively to changes in the images you’re watching.

This means that you end up distracted by what the projector is doing, rather than being engaged with the movie. 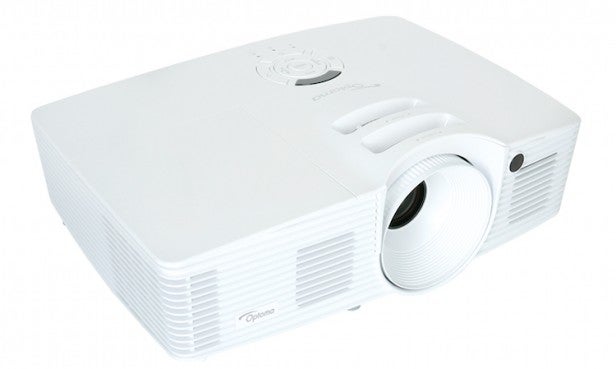 Turning off the Dynamic Black feature fixes this issue instantly. But the trade-off is less punchy images, which also appear greyer in dark areas.

The other issue from the off is the Darbee system. The Full Pop option tends to push contrast too far, leading to dark parts of the picture appearing hollow, with startling bits of noise from time to time– spikes of colour around the edges of sharply contrasting picture elements, for example.

It’s also by far the softest-looking Darbee setting; overall, it didn’t appear to be a good fit for any HD or standard definition sources that I fed the projector.

Initially, the Hi-Def Darbee setting too looked problematic when viewing the grainy Harry Potter test disc. It resulted in noise that resembles the MPEG blocking experienced with low-quality digital broadcasts over skin tones and strong vertical picture elements such as windows and room corners.

On occasion, a strange halo effect surrounding moving objects also became evident. However, heavily reducing the strength of the processing entirely removed such issues. In fact, they appeared rarely and so subtlety that such issues became insignificant next to the upsides of what the Hi-Def Darbee mode has to offer.

With our much cleaner Oblivion Blu-ray transfer, I was able to set the Hi-Def mode to a much higher level without any resulting processing nasties, which gave me the opportunity to fully appreciate what the Darbee engine can do. Pictures look so much sharper and more detailed that sometimes they appear almost 4K-like.

The sudden appearance of leaf, grass, hair, clothing weave and skin pore detail that didn’t seem to be there before toggling on the Hi-Def mode can take your breath away, making it hard to believe you’re still looking at a Full HD projector – never mind a Full HD projector that costs only £700. 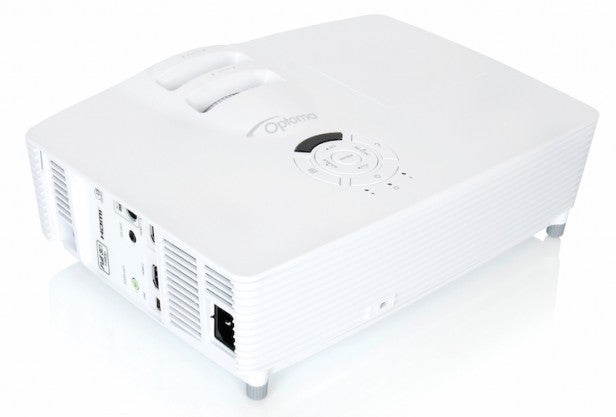 Using the Gaming mode to play Xbox One games on the HD28DSE delivers even more eye-catching levels of sharpness – although I wouldn’t recommend using this mode with video, since noise again becomes an issue.

What’s particularly great about the Darbee video-processing engine is that, provided you commit to adjusting it for different sources, it really can deliver its sharpness-boosting effects without leaving the image looking unnatural. Motion, too, continues to look clean and natural, while colours retain subtlety and intensity.

The HD28DSE itself also does very well with its general colour response, delivering punchy but impressively natural tones with video content, while also responding well to the bolder, less nuanced tones in games.

There are however a couple of issues that not even the Darbee engine can sort out. First, there are some quite noticeable rainbow effects, whereby stripes of red, green and blue show up over bright image elements. This is especially noticeable if they appear against a dark backdrop.

Second, the HD28DSE’s delivery of blacks isn’t great. There’s a pronounced grey “curtain” over dark picture areas that reduces their naturalism and can also hide some of the image’s subtler shadow details.

It’s important to stress, however, that such issues are relatively common at this price level of the projector market  – unlike the remarkable Darbee-inspired detail and sharpness.