Time was when £300 in the projector world wouldn’t have got you much more than a box that fired light at a wall. The H183X, however, turns out to be a surprisingly effective home-entertainment device.

By far the most pleasant surprise is the H183X’s black-level response when watching video sources. Using the Eco+ mode, dark scenes look far more natural than I’d have expected from such a cheap projector with such a bright light engine. You certainly don’t feel like you’re having to peer through a low-contrast “grey mist” to the extent that you usually do with ultra-affordable projectors – or even some much less affordable projectors, come to that.

The H183X’s surprising solid black-level performance also lets it render subtle details in dark scenes – such as the mountain ranges behind Voldemort as he assembles his army at night above Hogwarts in the final Harry Potter film. Such detail is often greyed or crushed out of existence by budget projectors. 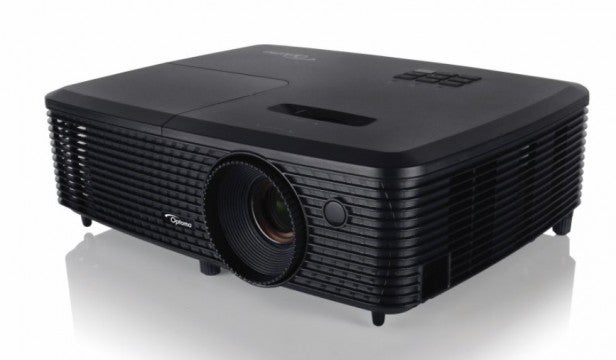 Some of the perception of black level you get from the H183X is slightly illusory, caused by the surprising amount of brightness and punch that the Eco+ mode injects into any bright elements in mostly dark scenes. But the fact that the H183X can deliver enough contrast within a single frame to create that illusion is in itself a startling achievement for such an affordable device.

The H183X also impresses with bright scenes. Given the claimed 3,200 lumens of maximum light output, I guess this achievement is less surprising than the decent black-level response.

In fact, by cheap projector standards colours look superb. The H183X combines natural video tones with an impressive sense of balance and displays respectable finesse when it comes to handling subtle blends.

It’s the H183X’s ability to deliver a balance of strengths across all the key image elements, rather than simply excelling in one area, that really sets it apart from any other wannabe home-entertainment projector at this price.

One area where it would be easy to imagine the H183X coming a cropper given its lack of a Full HD resolution is sharpness. But, again, the H183X exceeds expectations, delivering pictures with HD sources that look consistently crisp and detailed. There are, as we’ll see, some reminders that the projector is having to rescale native 1080p sources down to its lower pixel count – but, overall, the H183X’s pictures certainly don’t look soft or mushy.

At this point I need to provide some sort of reality check, before folk begin to wonder why anyone would ever want to opt for a more expensive projector.

The most glaring problem with the H183X’s picture is the strange glowing, flared-out look to bright peaks noted in the Setup section. Although, as I noted, there is a fix for this problem.

Another issue is that black levels and contrast drop off considerably if you don’t use one of the two dynamic lamp settings, and these settings can cause occasional aggressive light “jumps” too. Luckily, the emphasis here is on “occasional”, with truly distracting light adjustments occurring extremely rarely. 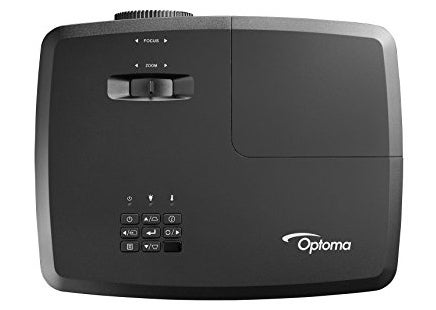 The H183X also suffers the odd bout of “rainbow effect”. This is an issue with single-chip DLP projectors, where people susceptible to seeing it will spot stripes of red, green and blue flitting over very bright image elements, or in their peripheral vision if they move their eyes around the image. Again, though, this isn’t as aggressive an issue as might have been expected with such a cheap and bright projector.

On the whole, colour is exceptionally good for video given the low cost of the H183X. However, skin tones can begin to take on a slight salmon-coloured tone during dark scenes.

On occasion, the H183X’s pictures can look a touch noisy too, with some gentle fizzing in dark areas and a little colour noise, especially over skin tones. The latter can be greatly reduced, however, by nudging down the BrilliantColor setting.

It’s possible that a little of the noise could be caused by the rescaling of Full HD video sources required by the H183X’s 1,280 x 800 native pixel count – and this process is also the most likely culprit behind the slightly jagged appearance to bright curved lines and on-screen text.

This jaggedness means that I’d recommend that those wanting to use the H183X for data presentations as well as home entertainment should try to feed it a native 1,280 x 800 PC feed. Although it’s important to stress that in other ways the H183X is capable of adapting quite well to the different colour and gamma demands of PC users.

I realise I’ve managed to compile quite a list of niggles with the H183X’s pictures. However, aside from the glowing whites issue – for which there is a fix – there’s really isn’t anything on that list that should stop you getting far more enjoyment and big-screen satisfaction out of the H183X than you’ve any right to for £300.