If you can live with the HD-Ready resolution, the H116ST offers a remarkable combination of practicality and performance for its money

The Optoma H116ST is potentially the answer to a cash-strapped home cinema and/or gaming fan’s prayers. For one thing, it delivers surprisingly good pictures for just £499.

In addition, its ultra short-throw lens lets you enjoy 100in images from a throw distance of just over a metre – so your big-screen movie or gaming habit doesn’t have to take over the whole living room.

The H116ST’s glossy white finish and small footprint ensure it will sit appealingly on a coffee table. Or more likely given its ultra short-throw lens, a sideboard. The cute sculpting avoids hard corners or flat surfaces, and heat venting is tastefully disguised within ribs on the H116ST’s sides. 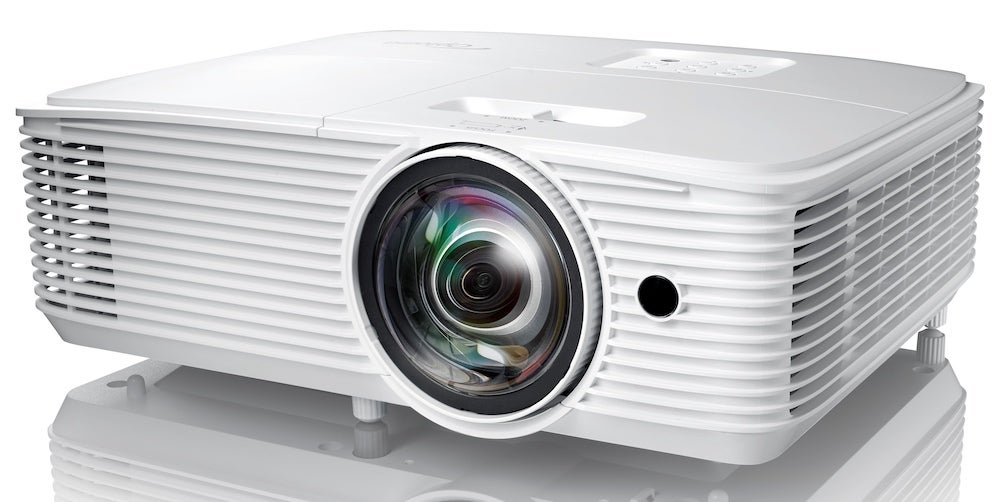 Despite its short-throw capabilities, the lens still protrudes from the front of the projector. The only difference between this lens and a normal lens, in fact, is that it’s housed in a cool-looking dome cover. This dome and the H116ST’s main bodywork are both reassuringly solid for such an affordable projector.

The top panel contains a focus adjustment “slider”, and a neat set of slightly recessed control buttons. However, you’ll be far more likely to control the H116ST via its included remote handset.

The unit is fairly small for a projector remote. So much so, that it will probably spend most of its time between or behind your sofa cushions. It isn’t backlit, either, which hardly enhances its usability in a dark room environment.

Its buttons are tactile, though, and spacious enough to limit accidental wrong selections once you’re learned your way round it.

The Optoma H116ST’s killer feature duo are its short-throw lens and its sub-£500 price. That’s not to say that there isn’t plenty of other fun stuff here, too.

For instance, its claimed maximum brightness of 3600 lumens is impressively high for a “casual” home entertainment projector. This makes the H116ST more usable than most when there’s some ambient light to content with.

Even more promisingly, this high brightness is partnered by an eye-catching contrast ratio claim of 30,000:1. This raises hopes that dark scenes will enjoy convincing, deep black levels, despite the high brightness.

The projector uses a single-chip DLP optical engine with a native resolution of 1280 x 800. This HD-Ready resolution could be seen as a little disappointing, I guess. After all, even (pseudo) 4K projectors are now available for less than a grand.

The resolution equates to a 16:10 aspect ratio, too, rather than the 16:9 ratio used by most video content. This raises the possibility that the H116ST is really a PC data projector masquerading as a home entertainment model. The ratio shouldn’t be a serious problem in itself, however, provided the projector manages its 16:9 images properly.

There’s a decent selection of picture presets to choose from including Bright, Game, and Cinema modes. Full HD 3D is supported if you equip yourself with a pair of optional ZD302 active shutter glasses.

Connections are a touch disappointing in that they include only a single HDMI. However, you can add Optoma’s WHD200 wireless HD connection system if you wish. Plus, there’s a USB port you can use to power HDMI dongle devices, such as a Google Chromecast.

Other connections include a VGA PC port, a composite video input, an RS-232 control port, and a 3.5mm audio loopthrough. These latter jacks are there because the H116ST carries a single built in 10W speaker.

When it comes to physical setup, there’s no optical zoom or image shifting to work with. The only physical adjustments, in fact, are front and back screw-down angling legs and the focus slider.  This means you can only adjust the image size optically by physically moving the projector forwards and backwards.

It’s a shame the Optoma H116ST has only one HDMI

There’s a reasonably flexible digital zoom feature within the projector’s menus. You should only use this to make the picture smaller in the frame, however. Zooming in on the image just means you’re pushing picture information out of the frame. Also, there’s always some reduction in image quality with any digital zoom system.

If you’re trying to get the H116ST to cast its images onto a screen rather than just a wall, you might well need to use the projector’s digital keystone adjustment to get the edges of the picture perpendicular. Again, this involves distorting the image – but Optoma’s processing seems to handle it well.

If you don’t want to use keystone adjustment, you can use the digital image shifter. But again, you run the risk of losing some of the picture off the edges of the screen.

If you’re not using a screen, by inputting details regarding your wall colour will mean that the projector can apply compensation algorithms to its colour reproduction.

A pretty comprehensive colour management system includes RGB gain and bias adjustments, plus 10 stages of DLP technology’s Brilliant Colour technology. This gives colours a mostly welcome boost. However, I wouldn’t recommend using it any higher than its 6 or, at a push, 7 levels. Anything higher introduces an unwanted yellow tone.

There’s a good selection of gamma presets, too. Film delivers the most natural colours for movie viewing, but if you’re watching a film with lots of dark scenes then you might want to experiment with the 2.0 mode instead. This will give you slightly more shadow detail.

Perhaps the single most important H116ST setting is the Brightness mode. What you choose here affects contrast, brightness and the lifetime of the lamp. 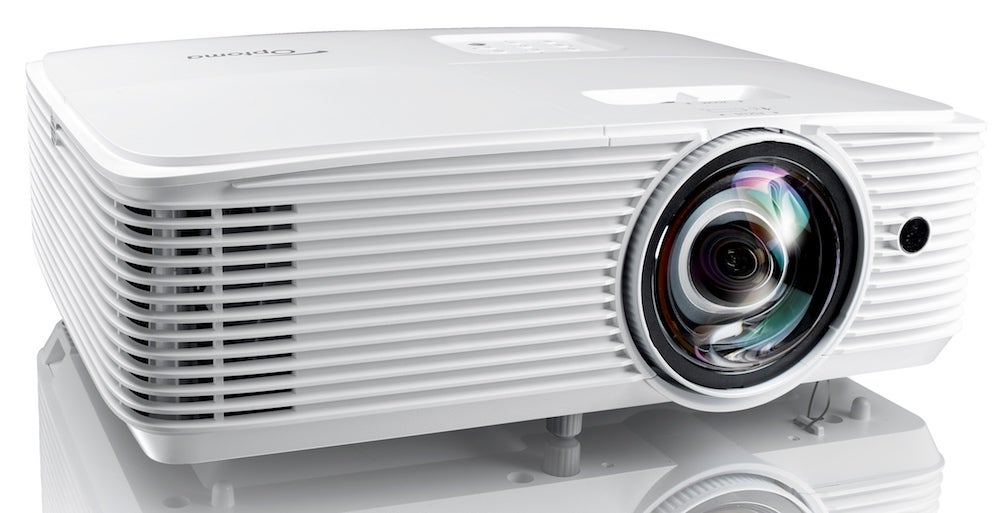 The Dynamic setting looks appealing initially, thanks to its raw punch. However, it causes colour shift in bright areas, while fan noise is distractingly inconsistent.

The Eco+ mode delivers extended lamp life and, again, a very dynamic image. It keeps the cooling fan noise steady and subdued, too. However, it also causes pretty significant clipping (loss of tonal detail) in the very brightest parts of the image, as well as exaggerated colour-banding effects.

The two most natural/least processed looking lamp settings are Bright and Eco. Bright gives the punchiest image – especially since it doesn’t crush black levels as much as you might expect. It does require the cooling lamps to always run at their noisiest level, however.

The Eco brightness mode is almost whisper-quiet by comparison. And while its pictures aren’t quite as punchy as the other settings, they do display the most natural-looking colours. As such, I’d recommend the Eco mode for dark room viewing – just don’t forget to switch to Bright again if there’s any ambient light around.

The Optoma H116ST is the all-round most enjoyable sub-£500 projector I’ve tested. An achievement made all the more impressive by its use of such a short-throw lens.

Particularly impressive for this level of the market is the H116ST’s contrast. Dark areas look convincing, with much less of the low-contrast greyness lying over them than you’d expect to see at this price point. There’s impressively little noise in the blackness, either – be it the green speckling noise that can sometimes afflict single-chip DLP projectors, or elevated compression artefacts.

It’s great at this price point to see black tones looking neutral, too. By which I mean they’re not infiltrated by any significant green or blue sub-tones. Nor do they “glow” like they can on many ultra-affordable projectors. 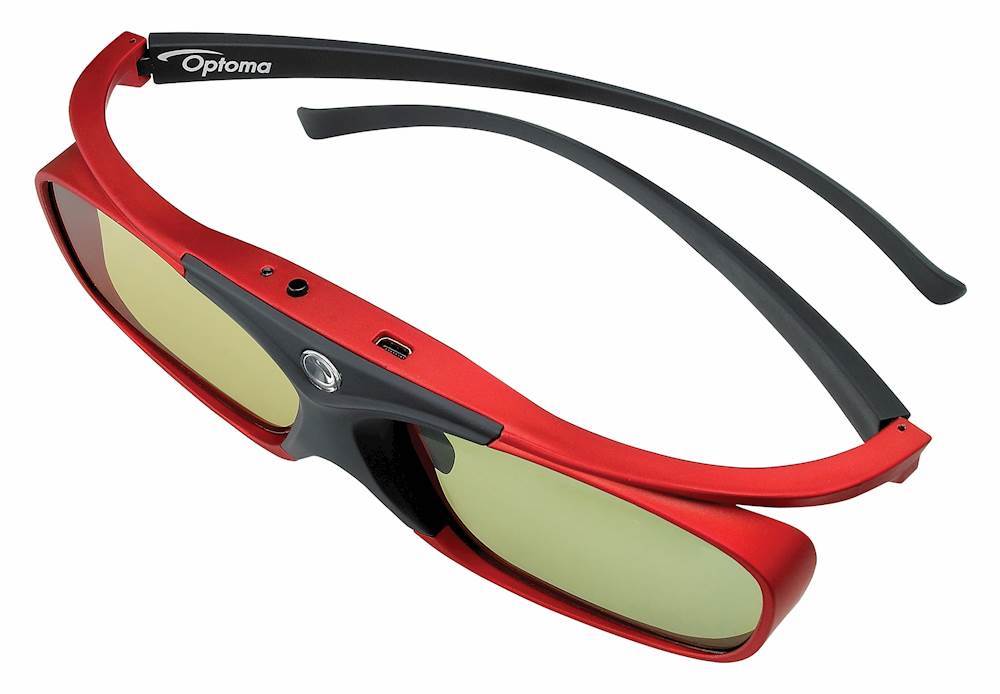 Optoma’s latest 3D glasses. None are provided free with the H116ST, though

Getting black levels as natural looking as those of the Optoma H116ST would normally require a budget projector to remove pretty extreme amounts of light from its pictures. However, with the H116ST pictures actually look startlingly bright. In fact, bright highlights can appear right alongside the projector’s best black levels without either feeling heavily compromised. The result is the best contrast I’ve seen on a sub-£500 projector.

A decent contrast performance usually leads to a solid colour performance – and so it proves here. Once you’ve taken out the slight yellow bias caused by the default Brilliant Colour levels, colours look both rich and natural. Skin tones appear devoid, too, of the fizzing noise DLP projectors can suffer with during camera pans.

The combination of strong colour and contrast emphatically disproves any notion that the H116ST is a data projector masquerading as a home entertainment one. It has clearly been tuned and designed at a deep level for home rather than office use.

That doesn’t mean it’s only good with films, though. It also handles games nicely if you choose its Game picture preset. Input lag (the time it takes to render pictures) drops to an outstanding 16ms, colours get a game-friendly boost, and gamma is shifted to deliver a punchier image with more detail in dark areas.

The Optoma H116ST further impresses by avoiding the common short-throw lens issues of sagging along its horizontal edges, and loss of focus in the corners.

Of course, no £500 projector is going to be flawless, so here’s the bad news. First, very dark areas can lack shadow detail using the most film-friendly gamma and brightness settings. Second, there can be some occasional banding in areas of fine colour blend. This is especially true if you use the Dynamic or Eco+ lamp settings.

In shots containing a fairly extreme mix of light and dark footage, meanwhile, you can see the Rainbow Effect. This appears as stripes of pure red, green and blue over the bright parts of the picture. It’s especially noticeable if you flit your eyes around the picture.

Personally, I didn’t find the rainbowing a major distraction, but sensitivity to it can vary from person to person.

If you sit close to the picture, you can see visible pixel structure due to the projector’s relatively low resolution. The picture is a touch on the soft side, too – although I actually prefer this to an over-sharpened picture. Especially at this price level, where too much sharpness would likely highlight the image’s limitations.

Finally, the Optoma H116ST’s sound performance isn’t anything to write home about. For starters, there’s hardly any bass, meaning the sound appears trebly and thin. Voices sound boxed in, too, and the lack of any stereo support is a pity. 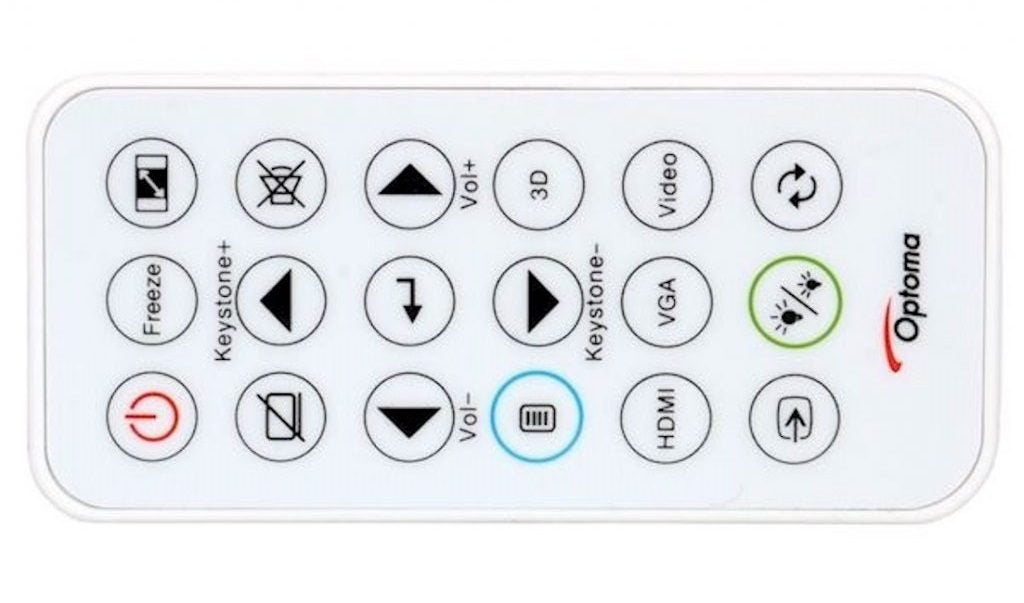 It isn’t all bad, though. The speaker can go quite loud within its dynamic range limitations, and it projects the sound away from the projector’s bodywork quite effectively, too. This stops the audio from sounding too dislocated from the onscreen action. Something that’s also helped by the way the H116ST can sit closer to your screen or wall than most projectors.

Note: Optoma didn’t provide any 3D glasses with the H116ST, so we weren’t able to test this aspect of its performance.

The Optoma H116ST is a cracking little projector. For just £499 it combines an effective short-throw lens with consistently enjoyable picture quality. Normally you’d count yourself lucky to find even one of these attributes for so little money.

Its closest competitor is probably BenQ’s W1210ST. This also has a short-throw lens and impressive gaming capabilities, but delivers a Full HD rather than HD-Ready resolution. However, the best price I could find on it at the time of writing is £730. 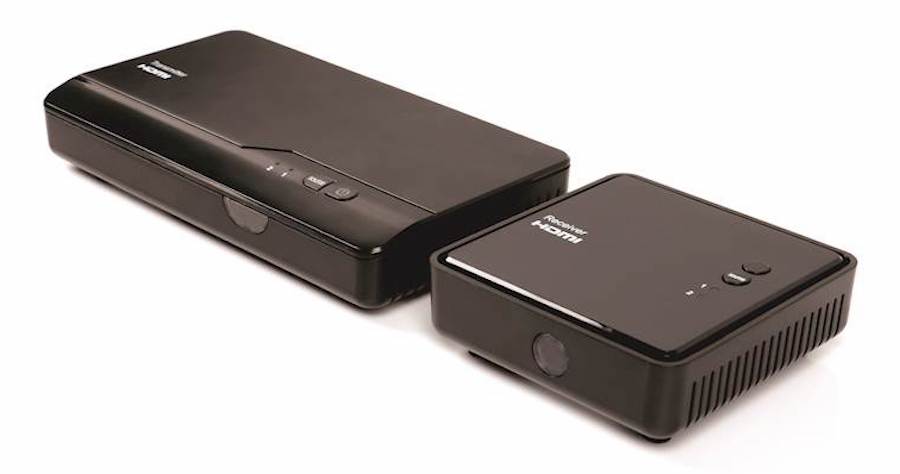 Optoma, meanwhile, also sells the GT1080Darbee. This is a Full HD projector with a normal throw lens that can be had for around £780. As with the BenQ W1210ST, it’s a good gaming projector. However, so long as you don’t mind its reduced resolution, the H116ST strikes me as a better home entertainment all rounder. And definitely a bigger bargain.

Optoma has delivered an unexpected treat with the H116ST. Despite costing just £499, it combines an engagingly punchy, well-balanced and clean image with a handy short-throw lens at a price that’s hard to resist.