At £650, the UDP-203 is comfortably the Ultra HD Blu-ray world’s most expensive player to date. Frustratingly for your bank balance, it does a seriously good job of justifying that price. That’s thanks to a long list of features and a proprietary new processing engine that takes the 4K UHD Blu-ray format to new heights. 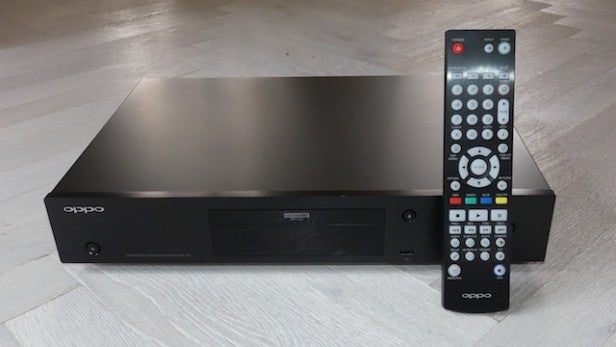 The UDP-203 is built like the proverbial brick out-house. That is actually a very good thing.

Sure, it’s big. At W430 x D311 x H79mm, It’s bigger than any other UHD Blu-ray player I’ve seen. And it’s heavy at 4.4kg. There’s also no concern for such fancy stuff such as rounded edges or smoked-glass fascias. With its heavy-duty black metal finish, its look could almost be described as brutal.

But I love it – in much the same way that I’ve always had a soft spot for Chieftain tanks. The uncompromising black metallic fascia is enhanced by a large and high-quality LED that provides plenty of useful information and looks great too.

The remote control supplied with the UDP-203 is a bit utilitarian and cluttered in appearance and layout, but at least it’s comfortable to hold. A neat touch: a motion sensor causes the buttons to illuminate as soon as you pick up the remote.

Oppo is already well known to AV enthusiasts for its much-loved BDP-103 and BDP-105 Blu-ray players – decks that offer an expensive but uncompromising and feature-rich approach to Blu-ray playback. So it’s no surprise to find that the UDP-203 also goes further than any other UHD BD deck to offer the sort of features video enthusiasts and custom installers want to see.

Among the most useful tools at your disposal are a variety of colour space output options (including RGB PC, RGB Video, and YCbCr output at 4:4:4, 4:2:2 and 4:2:0), and the option to choose between 12-bit, 10-bit and even 8-bit colour depth.

Such flexibility is invaluable to custom installers and users alike in these early days of HDR, where compatibility issues between displays, sources and even cables are not uncommon. The ability to manually choose 10-bit output over 12-bit is particularly welcome given the colour striping issues that the automatic 12-bit output of Panasonic’s UB900 deck can cause on some TVs.

Also welcome are the UDP-203’s HDR options. These include an HDR Off setting that does a good job of converting HDR to SDR for displays that can’t handle HDR, and a Strip Metadata option that simply removes the HDR metadata from the video equation entirely.

The latter is a useful option for people who own 4K-capable TV and projectors that aren’t really bright enough to do HDR justice, since it allows them to benefit from UHD BD’s 4K resolution without having to worry about HDR in any way.

The Strip Metadata option does leave images looking too dark and slightly over-dominated by red. But it’s easier to calibrate a brightness-challenged display than it is to work around the fundamental issues that can accompany both native HDR and HDR-to-SDR conversions.

The 203’s connections join its build quality in quickly establishing its premium credentials. The front panel sports a single USB port, while the rear is dominated by phono audio-line jacks for outputting 7.1-channel decoded audio.

Alongside are 3.5mm trigger in and out ports; an RS-232 port for integrating the UDP-203 into a home control setup; two more 3.0 USBs; optical and coaxial digital audio outs; two HDMI outputs (one for audio, one for video); a LAN, if you don’t want to use the deck’s built-in Wi-Fi; and finally, an HDMI input so you can loop external video sources through the UDP-203 to take advantage of its video processing capabilities. 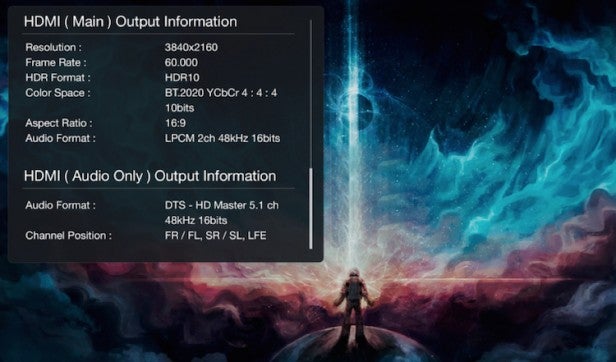 Unfortunately, at the time of writing, this HDMI input isn’t much use. Partly because it’s currently unable to pass HDR, but mostly because using it introduces substantial audio lag with almost every source run through it. The resulting lip-sync issues were too severe to be fixed by the audio delay provided within the UDP-203’s menus. This is something that can hopefully be fixed with a firmware update.

The UDP-203’s star attraction is its new OP8591 chipset. This SoC has been designed in conjunction with MediaTek (with whom Oppo collaborated on the rapturously received 103 and 105 Blu-ray decks) with a laser-like focus on producing the best picture quality yet seen from a 4K Blu-ray deck.

This isn’t the only thing of appeal about the OP8591 SoC, though. It’s also responsible for the unusually wide-ranging suite of picture options covered in the Setup section, and it appears to be unusually flexible when it comes to delivering bug fixes and new features via firmware.

The deck has already received a number of post-launch patches and feature additions, and another significant one is set to arrive at the end of March, when Oppo is scheduled to add Dolby Vision HDR support to the UDP-203’s already long feature list.

The UDP bit of the UDP-203’s name stands for Universal Disc Playback, referencing the fact that it can play Blu-rays, 3D Blu-rays, DVDs, SACDs, DVD-Audio discs and CDs, alongside the Ultra HD Blu-rays you’ll have bought it for. 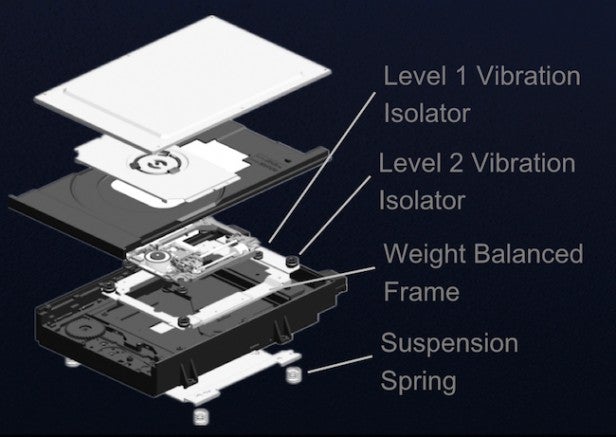 The deck is also capable of being a multimedia hub. During my tests FLAC, WAV, MKV, MP4, MP3, AVCHD and JPEG file types were all handled via USB or DLNA network streaming. The only niggle is that I couldn’t find a DLNA server with which the UDP-203 retained the correct album track order when streaming music via DLNA. If any UDP-203 owners have found a solution, feel free to share it in the Comments section.

The UDP-203 is missing a couple of features of its extensive list. First, there’s no smart app support – not even Netflix or Amazon. I guess Oppo can argue that many TVs now carry all the key streaming services, but I would have liked the ability to push these streaming services through the UDP-203’s video processing systems.

The second is a system for converting DTS audio tracks to Dolby Digital. This has become useful in light of the rather bizarre way the new generation of Dolby Atmos-capable soundbars only play DTS multi-channel soundtracks – found on around 70% of Blu-ray discs – in stereo.

Next
Performance and verdict Review