The Oppo Reno Z doesn’t have a unique selling point like the Pixel 3a’s camera. But it earns a spot as one of 2019’s leading mid-range Android phones by getting all the basics right, offering solid battery life and a great screen for bingeing on Netflix.

The Oppo Reno Z is a smartphone with lofty aspirations to dethrone the Pixel 3a as Trusted Reviews’ favourite mid-range phone.

And on paper it has the chops to do this, featuring stellar hardware you’d more usually only see on more expensive handsets. But with so many other phones looking to pull the exact same trick, including the Motorola One Vision, you may be justified in wondering what unique features Oppo can bring to the table to differentiate itself from the crowd.

As it turns out, not many. Unlike the Pixel 3a, which has the best camera you’ll find at this price, the Oppo Reno Z doesn’t have one killer feature to sell itself on. What it does, though, is get all the key basics right when it comes to screen, overall design and battery life. This may not make it the sexiest phone around, but it does earn it a place as one of the best value phones currently available. 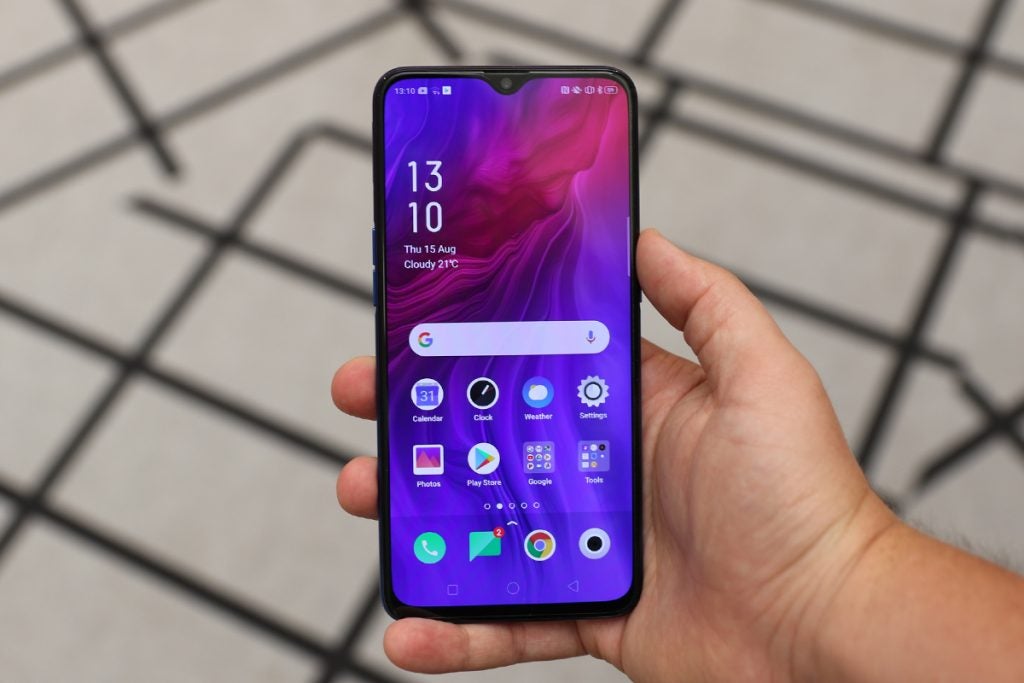 A few years ago, if you paid £300 for a smartphone you’d be treated to a boxy slab of plastic that was about as alluring as a trip to Slough or Milton Keynes. To this day, lazy design remains an issue at this end of the market – even the Pixel 3a is a little on the dull side visually.

Oppo’s decided to try and buck this trend, and make the Reno Z look as jazzy as possible, loading it with a wealth of flashy colour options and a few design flourishes that are normally reserved for more expensive phones. For a start, it has a glass back. This, plus my review unit’s snazzy purple colouring, instantly make it more alluring than most £300 phones. Be warned, though. As Bon Jovi sang, it gets slippery when wet and will crack if dropped without a case.

It also has a few top-end features including a Huawei P30-style dewdrop notch, dinky bezels and an in-screen fingerprint scanner. The scanner’s not quite as nippy as the P30’s but the fact the tech’s even in a phone this price is seriously impressive.

At first glance, under the hood things are also solid. Powering up the phone I was instantly stunned by how good the 6.4-inch AMOLED screen is, when compared to other phones this price. The 2340 x 1080 is suitably sharp and colours, while a little warm to the naked eye, generally look great. This, plus the Dolby Atmos stereo speaker setup, make it a great phone for Netflix bingeing in bed. 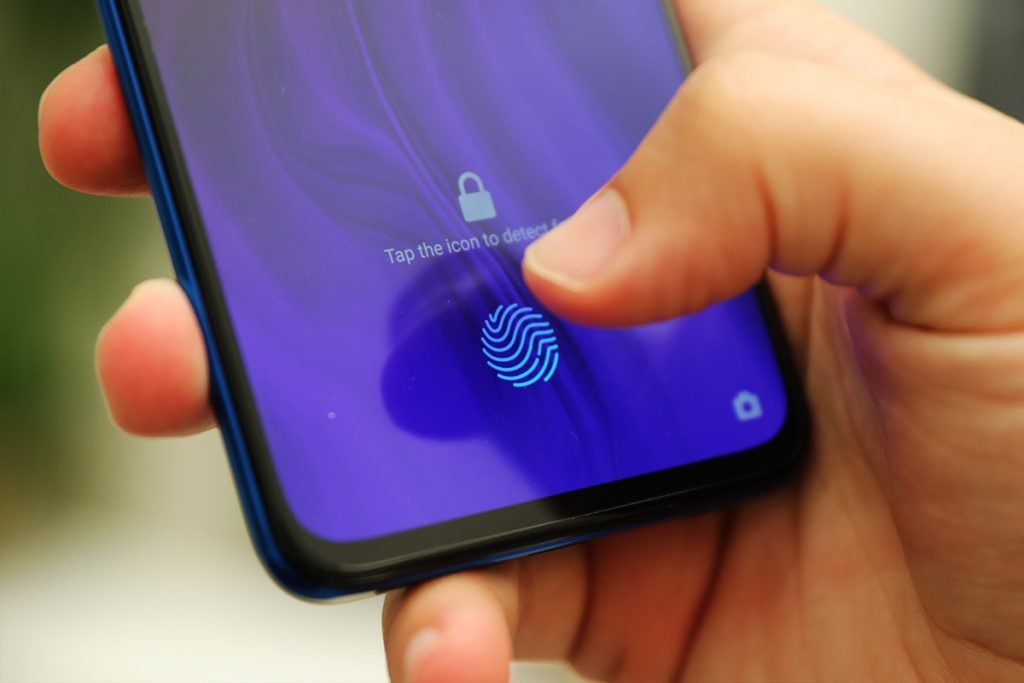 The Oppo Reno Z’s battery – Getting the basics right works

Battery life is also great thanks to Oppo’s decision to load the Reno Z with a giant 4035 mAh cell and its custom VOOC Flash Charge 3.0 tech. With regular use, this combo let me easily get at least two days’ use out of the Oppo Reno X as my main work and personal phone.

This entailed listening to music on my commute, taking and making a few calls, constantly checking my social media and message feeds, plus a game of PUBG and a quick hour on Netflix before bed.

It dealt with demanding tasks like video streaming and gaming pretty well. Streaming video on Netflix with the phone screen at 150 nits (the level most people will be comfortable with), the Reno Z lost an average of 6-8% of its charge per hour, which is excellent. Most phones lose at least 10% running the same process. Gaming was the same – it lost around 12-15% per hour, which again is not to be sniffed at.

The Oppo Reno Z’s camera – Good, but it’s not a Pixel 3a killer

On paper the camera’s a similar story. Oppo’s loaded the Reno Z with a dual-sensor rear camera setup that pairs the 48-megapixel Sony sensor seen on the OnePlus 7 with a secondary 5-megapixel “depth” snapper. Up front you’ll find a 38-megapixel selfie camera. The specs put the Reno X on a par with its arch-rival, the Motorola One Vision, which has a near-identical rear camera setup.

With real-world use I found camera performance between the two is fairly comparable. This means it’s good, but not Pixel 3a level, particularly in low light.

The camera app is fairly stripped down, but it has most of the features you’d expect, including auto, panorama, night, portrait, slo-mo and Google Lens options. The only minor issue is the fact there’s no RAW shooting option, which will annoy enthusiasts, but at this price that’s far from a deal-breaker. 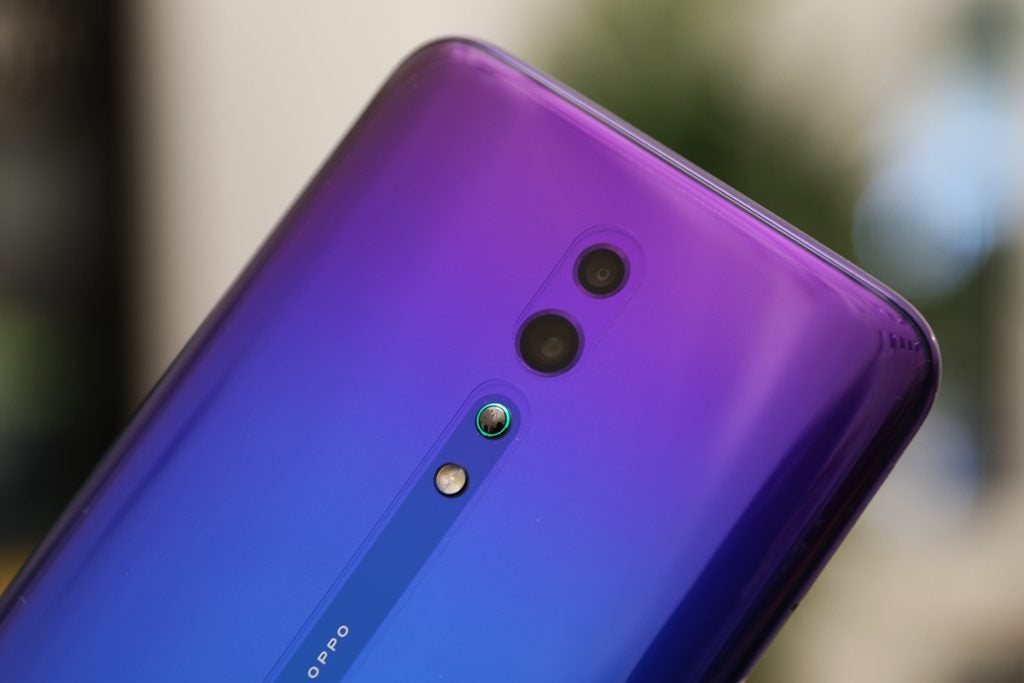 Shots taken in normal light look good and match, if not beat, the One Vision for quality, though be warned – like the Motorola, shutter speeds can be a little slow and the camera can sometimes push the bokeh effect too far, giving portrait shots a slightly soft feel.

A few years ago I’d have praised the Reno’s low-light performance at this price. The phone can actually take usable images in low light. But hold it next to the Pixel 3a and the difference is clear. Pictures taken on the Pixel 3a in low light have better contrast, are less prone to noise and generally look more realistic than those taken on the Reno Z.

Though again, this is forgivable as it matches, if not beats, nearly every other competing £300 phone’s low-light performance.

The front camera paints a similar picture. For the money, you get great image quality that’s more than good enough to chronicle most drunken students’ clubbing adventures or finding-themselves trip around Europe. The only slight annoyance is that the app seems to softly “beautify” you even when the beauty mode is turned off and, once again, it can be a little aggressive when applying bokeh.

You can see a selection of photos taken on the Oppo Reno Z below. 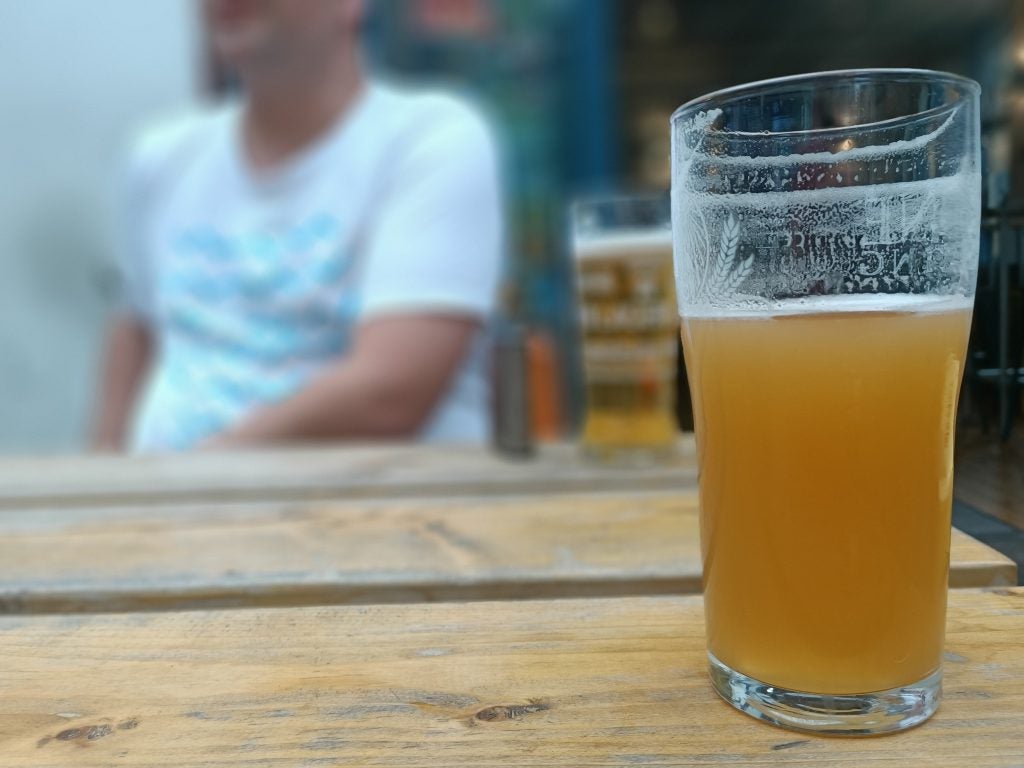 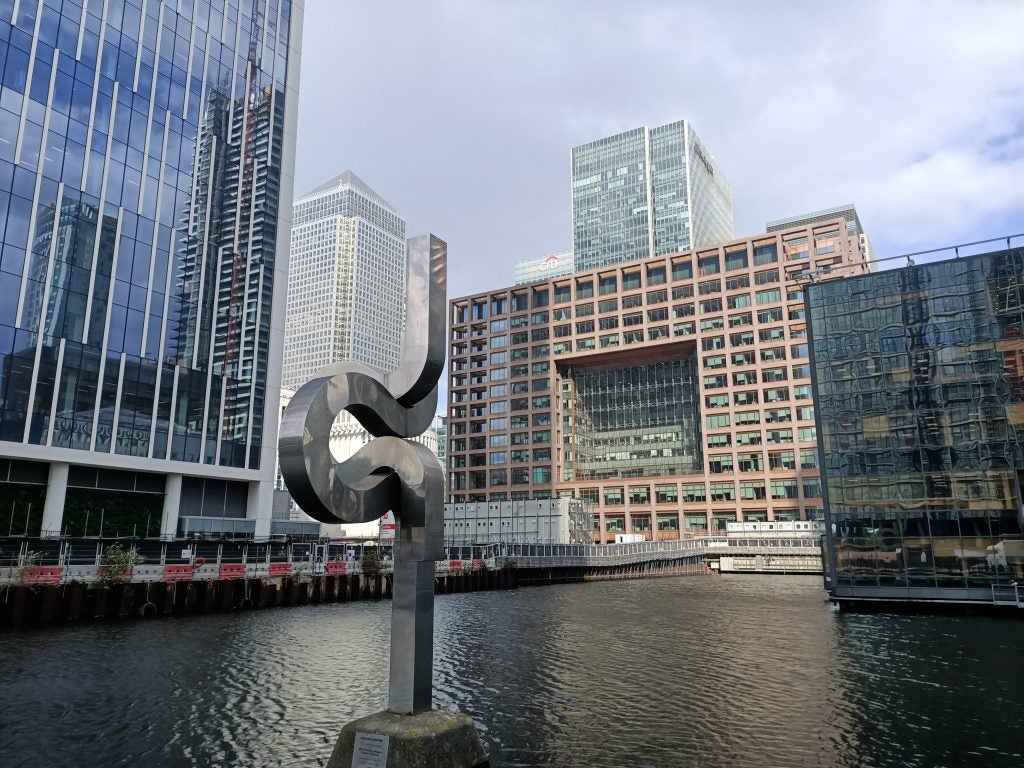 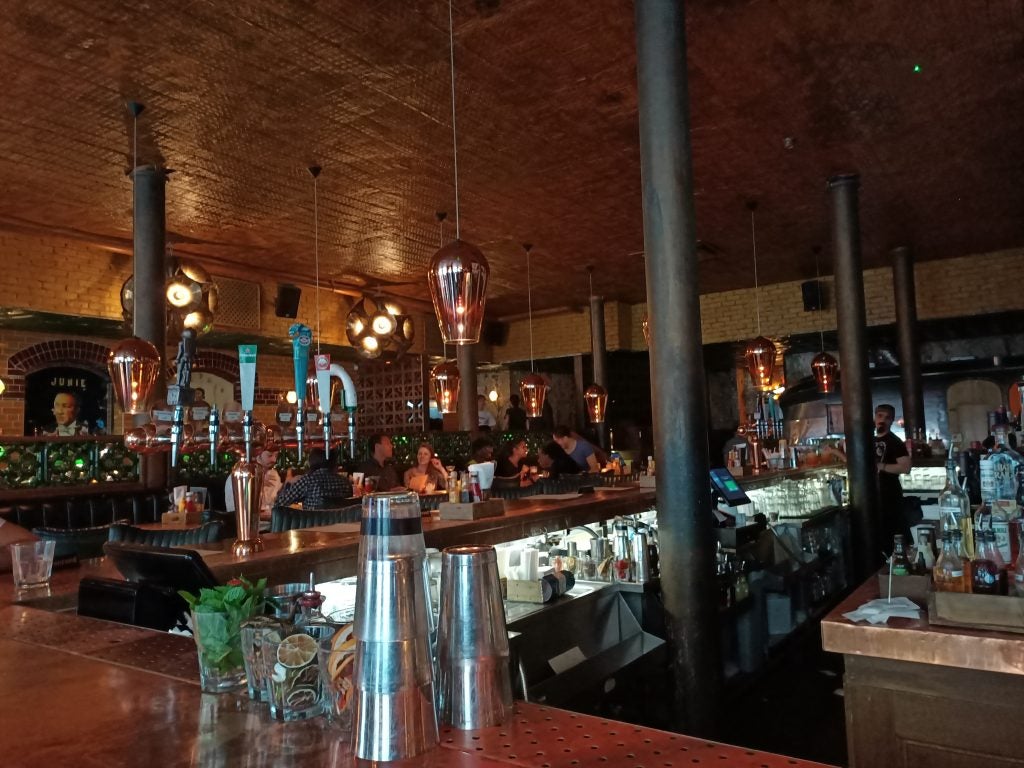 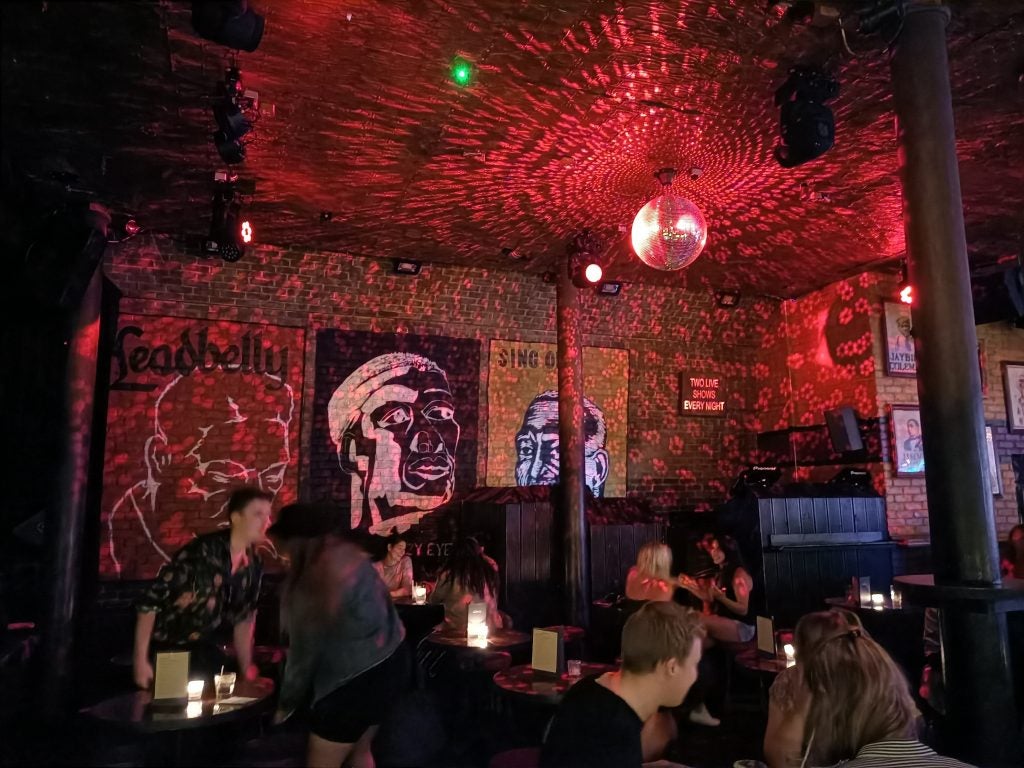 The two bigger issues for me stem from the Oppo Reno’s ColorOS Android skin and use of a Mediatek P90 CPU.

ColorOS 6 is a skin that sits over Android 9. It adds a few new features, like custom swipe gestures and access to Oppo’s cloud services, but for the most part I’m not a fan, as it makes a load of needless changes to the OS stellar native UI. None of the changes are terrible, but they make Android 9 look a little childish, replacing native app shortcuts with uglier, simplified versions.

The firm’s also committed the cardinal sin of loading duplicate applications for things like contacts, music and calendar. Again, this is not a deal breaker, as it’s easy enough to hide them. It just clogs up the UI and feels a little pointless when Google’s own do the job fine, and those who use third-party versions probably already have a preferred app that’s not Oppo’s.

ColorOS will also impact how quickly it can be upgraded to new versions of the OS, like the fast-approaching final version of Android Q.

The issue is particularly annoying considering both the Pixel 3a and Motorola One Vision both come with completely clean installs of Android 9. 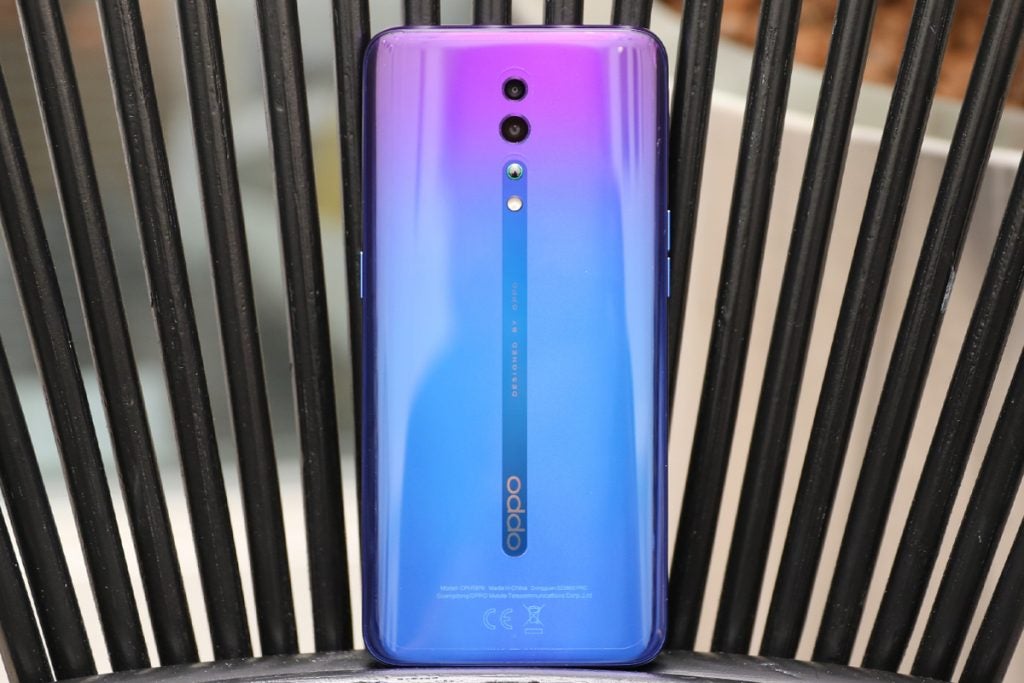 The Mediatek CPU is another forgivable but slightly annoying downgrade. You’re never going to see a top end CPU like the Snapdragon 855 in a phone this price, but the P90 is a little on the slow side.

Playing games like PUBG with the graphics maxed, it can heat up and I definitely noticed some throttling during prolonged sessions. The 4-6GB RAM also places it firmly in mid-range territory. I’d personally have preferred to see a Qualcomm 6-series CPU used in its place.

Again, it’s not a deal breaker, as the combo of hardware lets the Oppo once again match the rival One Vision. You can see how the two phones faired in Trusted’s standard suite of synthetic benchmarks in the table below. Geekbench gauges the CPU’s performance. AnTuTu is a generalist benchmark that offers an overall gauge of a phone’s performance. 3DMark focuses on gaming performance.

Should I buy the Oppo Reno Z?

If you’re after a phone for your teenage progeny or looking for a decent mid-range smartphone for yourself then you should definitely check out the Oppo Reno Z.

The phone doesn’t change the world of mid-range smartphones the way the stellar Pixel 3a did with its industry-leading camera. But by getting nearly all the basics right it earns a place as one of 2019’s best £300 smartphones, offering solid battery life, an alluring design and top-notch screen.

The only downside is that its custom ColorOS Android skin puts it a step behind the Pixel 3a and Motorola One Vision when it comes to software.