The Oppo F5 runs Android 7.1.1 with the company’s own ColorOS software on top. This is an interface that’s rejected the UI changes Google has made in recent years, and doesn’t even have an apps menu.

It’s very stripped back, featuring homescreens and, well, that’s about it. New apps simply drop onto a homescreen as they would on an iPhone.

To keep a large app library in check, you’ll have to start organising app icons into folders. 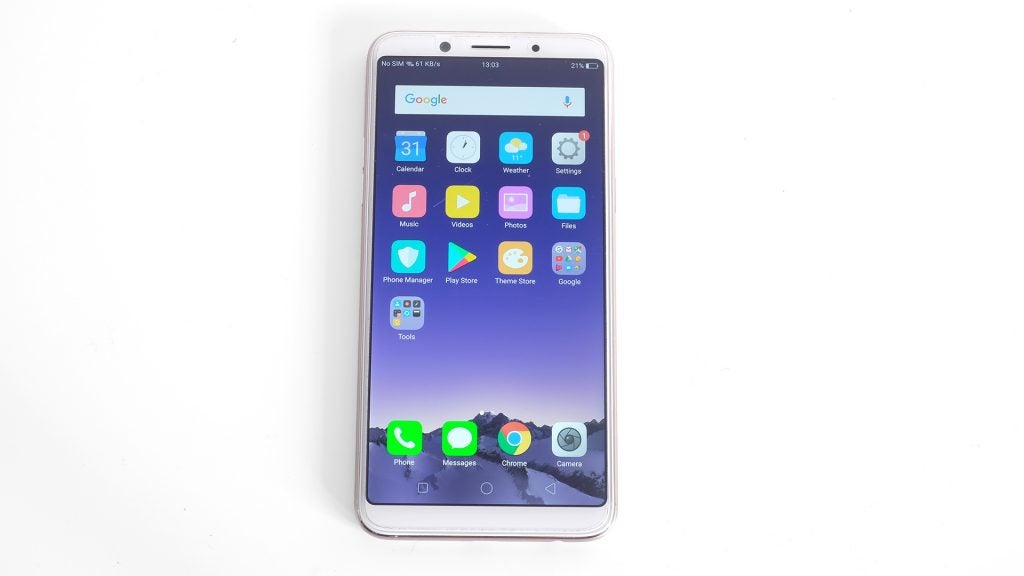 In terms of altering the overall look, the most powerful part of ColorOS is Themes. Some themes have uniform icon shapes; some don’t. Some even make the icons smaller or larger, which has a surprising impact on how Android looks. A few themes also add unlock screens.

I tried Mood Doll, for example, which makes you pull down a cord with an odd-looking cloth ghost and whose facial expression changes each time you wake the Oppo F5.

As ever, there are at least as many ‘misses’ as there are ‘hits’ in the Oppo Theme Store, but they do at least serve to alter the phone’s personality with little effort. And many are free to download. ColorOS also changes the appearance of notifications, giving them a look that’s closer to the card-like style of previous Android versions.

The Oppo F5 isn’t a phone that delivers Android as Google intended, though; but ColorOS is worthwhile in its own right.

However, step back if you’re planning to use custom launcher software to paste over it. Unless it’s bug, Oppo seems to have taken measures to stop you using other ‘home’ apps. They simply don’t appear in the launcher menu hidden deep in Settings. 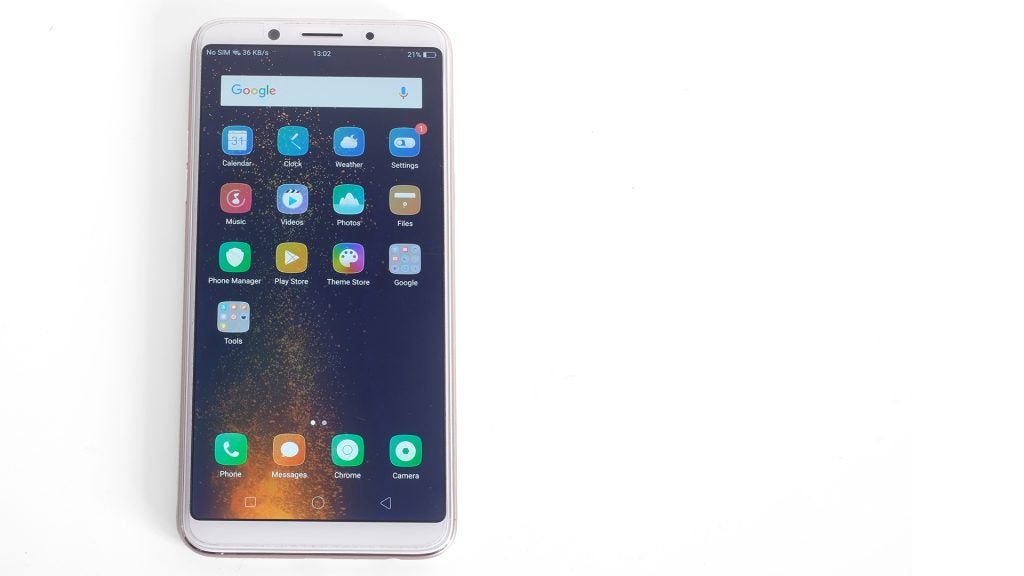 The Oppo F5 uses a MediaTek MT6763V CPU (aka Helio P23), which is another potential concern. At times, MediaTek chipsets struggle with high-end games more than their Qualcomm Snapdragon rivals.

Oppo also appears to have tried to avoid direct comparison with other phones by blocking benchmark apps such as Geekbench 4 and AnTuTu from working on the F5.

However, I did manage to get 3DMark’s Slingshot Extreme graphics benchmark to work. The phone scores a dismal 70 points, although the CPU clock speed graph that accompanies the result shows that, for much of the time, only a fraction of the full CPU clock speed is used.

This could be because – as was the case with older MediaTek CPUs – its core clusters don’t work that well together. Or it could be that ColorOS employs invasive battery-saving techniques that stop most apps using too much power. 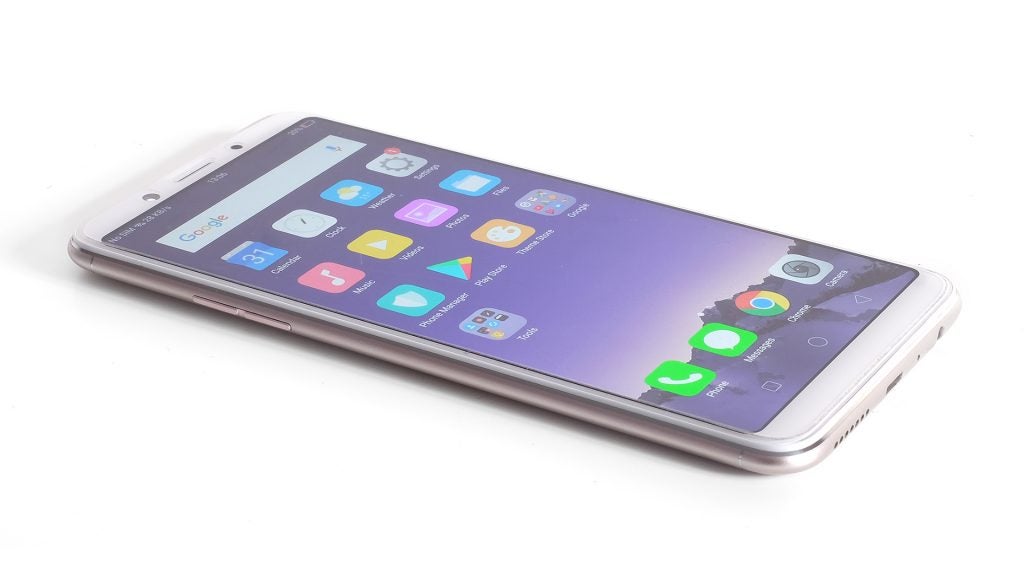 Either way, the Oppo F5 evades judgement by benchmark – but in use the device is mostly fine. Navigation is quick, and app-load speeds are in line with what you’d expect of a decent mid-range Android device.

Games aren’t as smooth as you’d see on a Snapdragon 630 phone such as the Asus Zenfone 4 or Moto X4, however; but high-end titles such as Asphalt 8 and Gear.Club run at frame rates high enough to be enjoyable. This isn’t true of all MediaTek-powered phones, though.