What is the Oppo F5?

Spot an advert for the Oppo F5 and you’ll probably see it called the “selfie expert”. Few phone-makers are as selfie-obsessed as Oppo.

However, it’s more than just that. The Oppo F5 is one of the more affordable phones to feature the ultra-thin screen surround design now commonplace among top-end mobiles. Judging by its price in India, the Oppo F5 is likely to cost around £250, with its closest rival the Moto G5S Plus.

While it isn’t better than the G5S Plus all-round, this is a solid alternative for those looking for something a little different. 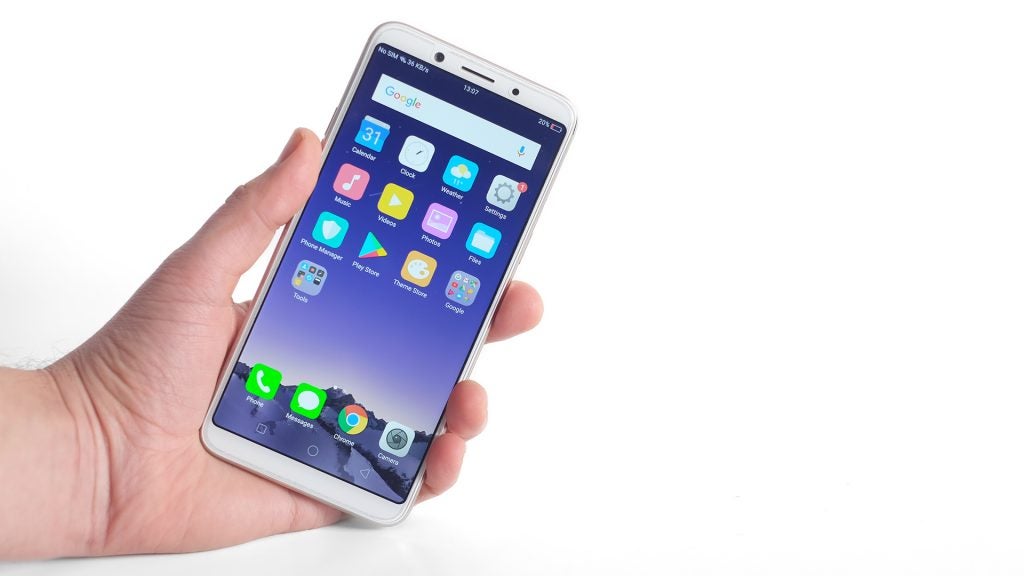 It’s the Oppo F5’s screen that you’ll notice first. Almost its entire front is display, similar to the iPhone X but without the ‘notch’. While there’s still some surround to the left and right of the screen compared to, say, a Samsung Galaxy S8, you’re in effect getting a 6-inch display in a shell size you’d see with a 5.5-inch display. 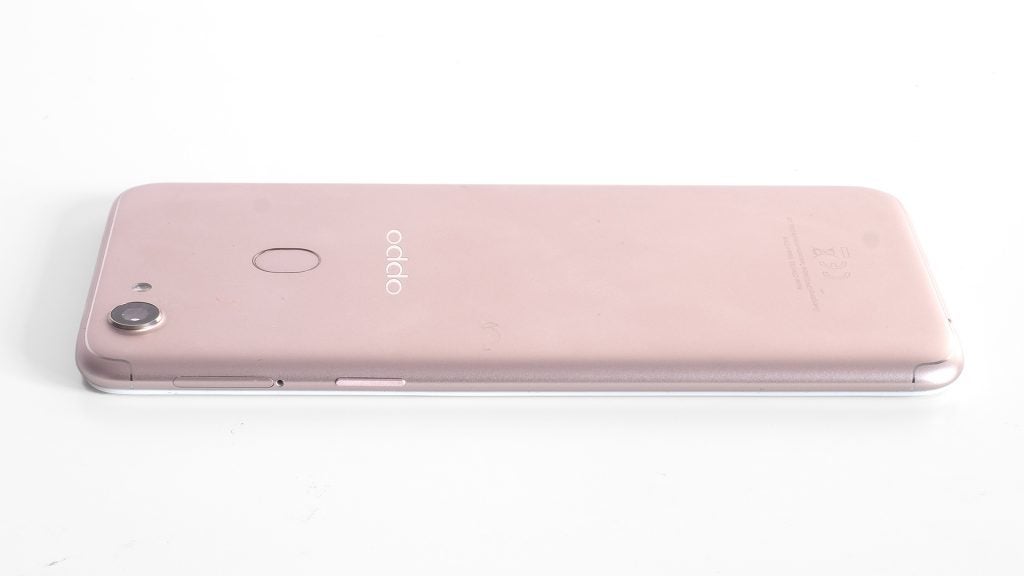 Unlike the Moto G5S Plus, the Oppo F5 isn’t metal. It took me a few days to come to this realisation, however. The curved back of the F5 is silver nano-coated plastic. Nano coatings are generally used in phones to provide water resistance, yet the F5 has no official waterproofing, so it’s best to think of this phone as a particularly good plastic design.

In this regard it’s a little like the HTC U Life, whose back is acrylic plastic but doesn’t look or feel too bad next to its more expensive glass siblings.

The Oppo F5 also manages to squeeze in a few other features that are more commonplace on high-end devices. There’s a decent fingerprint scanner on the back of the phone (it may be a reach for small hands) and, like the iPhone X, you can unlock the phone with your face. 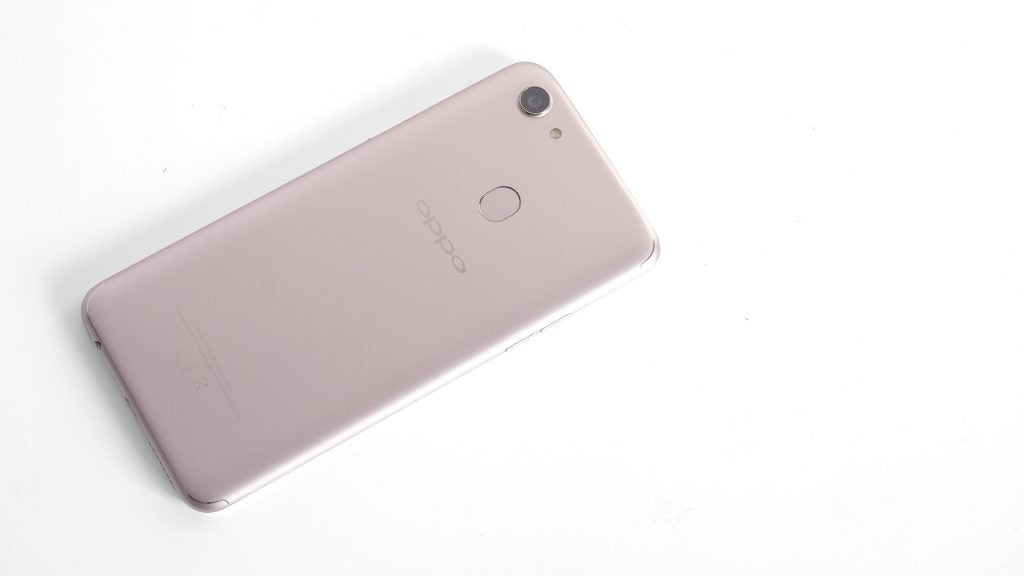 This is closer to the face unlock we’ve seen in Android for years than the IR-based approach Apple employs, relying primarily on the front camera. However, thanks to the high-quality sensor Oppo uses for the selfie camera, the feature works surprisingly well.

In general, it’s pretty fast and even handles dimmer lighting without falling over – although, predictably, it isn’t as reliable or secure as Apple’s version, seemingly struggling with glasses on occasion.

The Oppo F5 has a 6-inch screen. An older display design of this size would have resulted in a pretty sizeable phone. But here that diagonal is only so long because the panel is more ‘widescreen’ than that of your average budget phone.

This is an 18:9 aspect screen with 2160 x 1080 resolution. Most call this ‘Full HD+’, because it’s effectively standard Full HD with some extra pixels to accommodate the elongated shape. 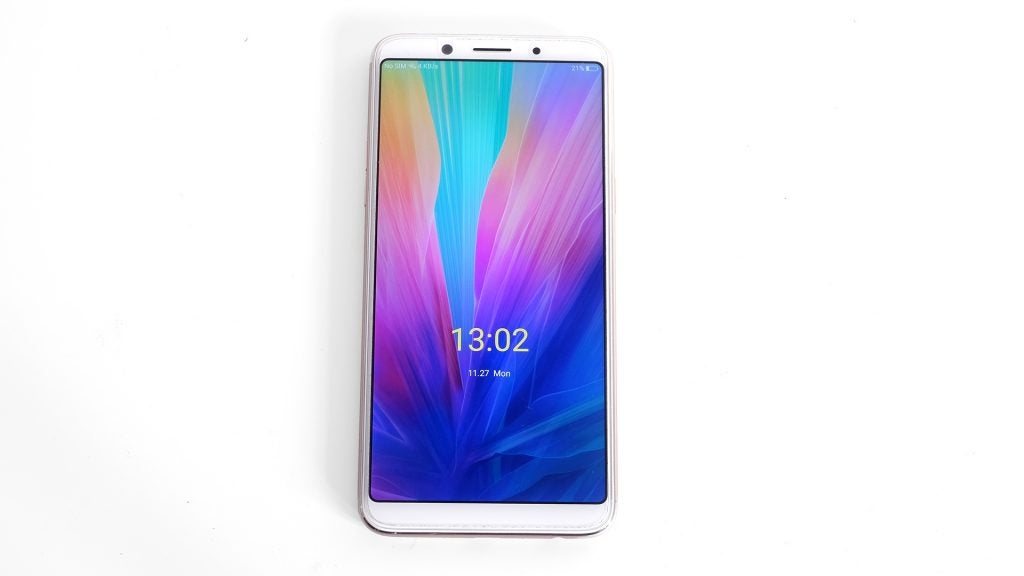 It works well for movies and the types of games that feel a little like console ports. Playing such games, there’s greater room for virtual controls, helping to keep them out of the way of the action. For movies it’s simply closer to the aspect ratios commonly used by films that end up in the cinema.

Play 16:9 content in, say, BBC iPlayer, and the Oppo F5 will just leave some black bars to the left and right of the image. These don’t prove distracting, however.

Display quality is typical of a lower-mid range phone: very good but a level below the best. The Oppo F5 uses an LTPS IPS panel, and as such, colour depth isn’t at the level of an OLED or high-end LCD. However, after initially finding certain tones a bit washed out, my eyes adjusted to the style within a day or two. The Moto G5S Plus offers slightly better image quality, but has a more traditional 16:9 screen.

If you’re extremely picky about screens, you should mote that Oppo doesn’t include any kind of display customisation options.