The Oppo F1 software is a little more contentious than its design. It runs Android 5.1.1 and ColorOS 2.1.0. This is Oppo’s own stab at an Android interface, and not the latest version. Oppo has already released version 3.0.

Its major change is that you don’t get a separate apps menu. Instead, everything ends up on your homescreens. It’s a bit like iOS in that respect.

This makes it a bit less easy to take a super-lazy approach to your phone without ruining it. To keep it in tip-top shape you’ll want to make folders for your apps, unless you’re not really a big apps user.

This isn’t about slowing the Oppo F1 down, it’s about knowing where your stuff is. 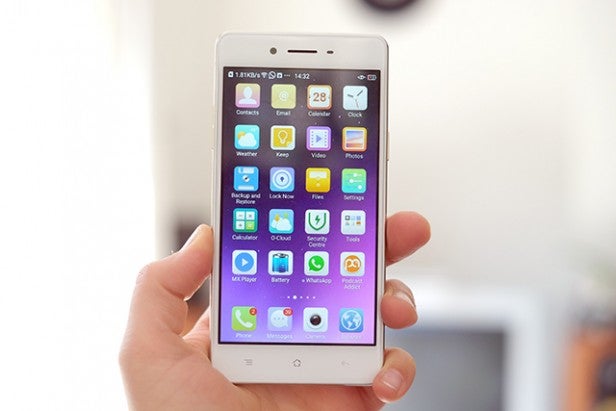 This is one of the custom themes in action

Some of you may be fine with this, but I find I miss Android’s apps menu, especially now the default Android look features a super-quick vertical-scrolling apps view. ColourOS 2.1.0’s default look is a bit dated too. The standard icons are very sharp, more like that Google used to used back in the old Android 4.4 days. 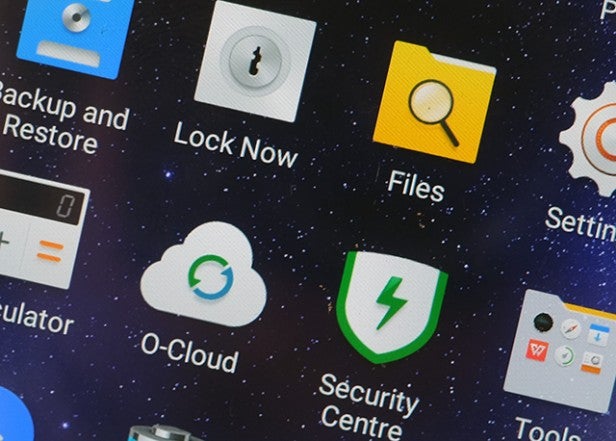 There are fewer flat-out weird-looking bits than in some of Huawei’s EmotionUI versions, which otherwise use a similar layout. But switching to the Google Now Launcher interface feels like a big improvement. Anyone can do this, of course. You just download the Now launcher app.

Neat features of ColorOS include being able to give the Oppo F1 a facelift using themes. Most of these make it look like a cartoon has exploded on your phone, but there are a few that just soften out the stiff look of ColorOS 2.1.0’s icons a bit too.

My top suggestion would be to revert to the Now Launcher. With it this is one of the most pleasant affordable phones I’ve used in some time. 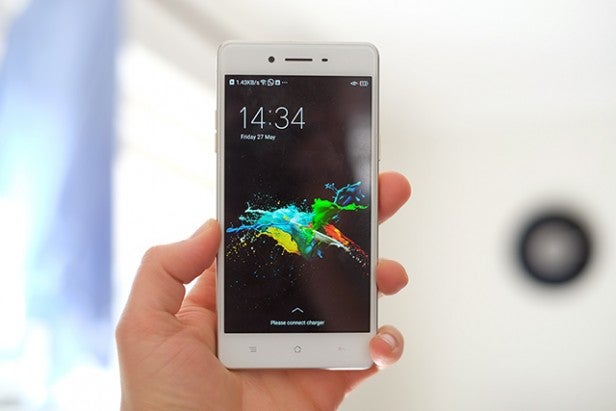 Good general performance is at the root of this. The Oppo F1 has an excellent spec for a phone of its price and screen size.

It uses the Snapdragon 616 CPU, a recent and capable mid-range (or upper-budget) processor from Qualcomm that offers almost double the performance of the Snapdragon 410 used in the Moto G 3rd gen, judging by some benchmarks.

The Oppo F1 also has 3GB RAM, which is 1GB more than you normally get at this price. It’s the equivalent of buying insurance for future performance, although whether the phone will get an update to Android 6.0 and ColorOS 3 remains to be seen. 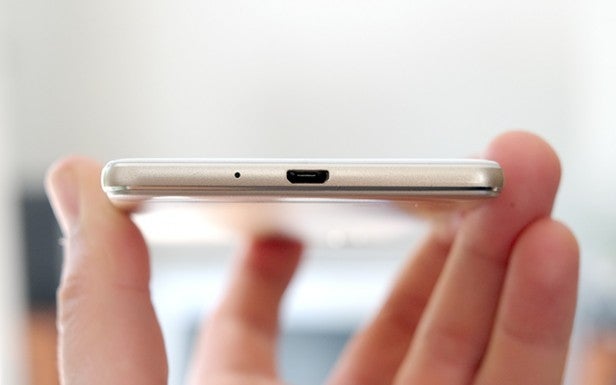 Right now, though, performance is very good. Whether you use ColorOS or Google Now, the OS feels quick and there’s much less of the app load time tax you’ll see in the similarly-priced Samsung Galaxy J3.

3D games run very well too, even though the GPU part is less impressive than the CPU side here. The price of using a fairly powerful CPU is that it can get a little warm under pressure. I’ve not felt it getting hot, but when playing Minecraft the upper part of the F1’s back gets a little warm where the Galaxy J3 stays cooler.

A little bit of heating-up is common to most 6-series Snapdragon CPUs. This is more an observation than highlighting a significant problem.