The Oppo F1 Plus has an unusual camera setup. Its front camera is higher-res than the rear one. There’s a 13-megapixel Sony IMX214 camera on the back and a 16-megapixel Samsung ISOCELL camera on the front.

Oppo doesn’t call it the “selfie expert” without good reason.

Let’s start with the rear camera. The Sony IMX214 is not a high-end sensor anymore, but using the Oppo F1 Plus is a reminder of what a great camera it is when partnered with the right software. The same sensor is used in the Moto G (3rd/4th gen) and, going back a bit, the Nexus 6. 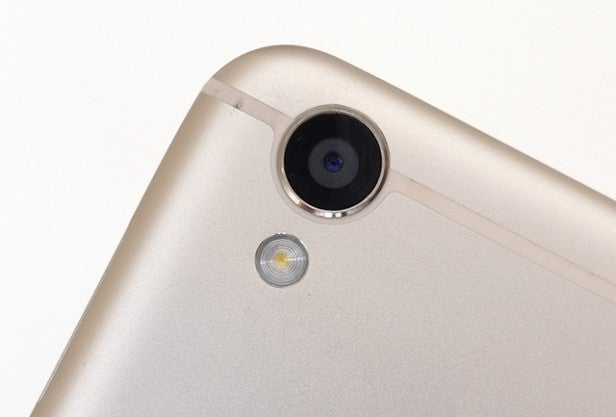 In daylight it’s a cinch to get top-quality photos. The Oppo F1 Plus has a great Auto HDR mode that I’d suggest using almost all of the time. It results in natural-looking shots with great dynamic range and good colour.

There’s a little bit of shutter lag compared with something like the Samsung Galaxy S7, but it’s a fun-to-use camera that has no trouble focusing on close-up objects for macro-like shots. While Sony has come up with way more advanced-sounding sensors than the IMX214 since it was introduced, the Oppo F1 Plus cements it as a mid-range classic. 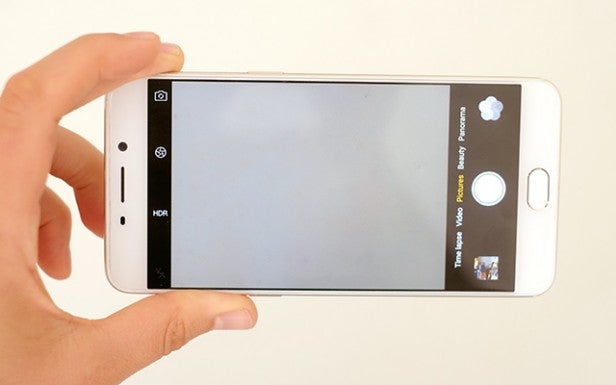 Of course, it’s not truly high-end. You’ll find it in a £170 phone, after all. Its regular shots aren’t going to look as rich and punchy as those of the Nexus 5x, which has 12-megapixel sensor at least one generation ahead of this one.

The Oppo F1 Plus’s rear camera is also not that great for night shots. It does not have OIS or massive sensor pixels, so just doesn’t have the chops for it. However, the results are still perfectly acceptable compared with most non-OIS phones. 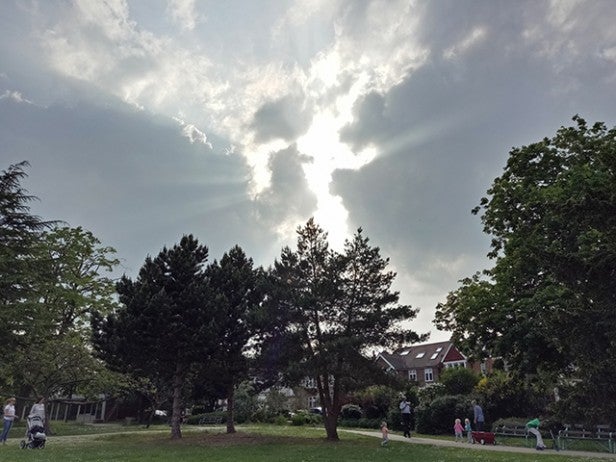 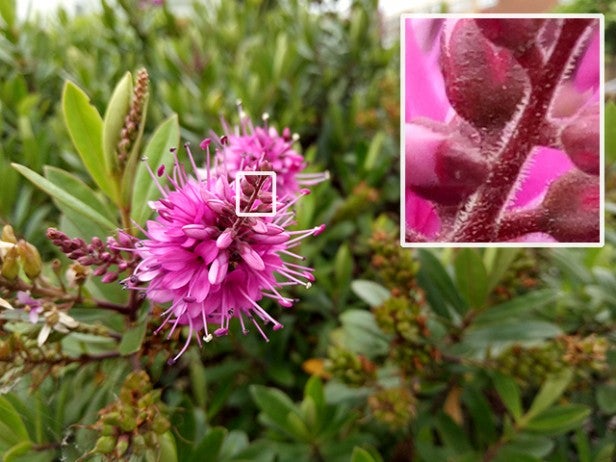 This shot is a good example of the fine detail and shallow depth of field on offer. Both are fairly good 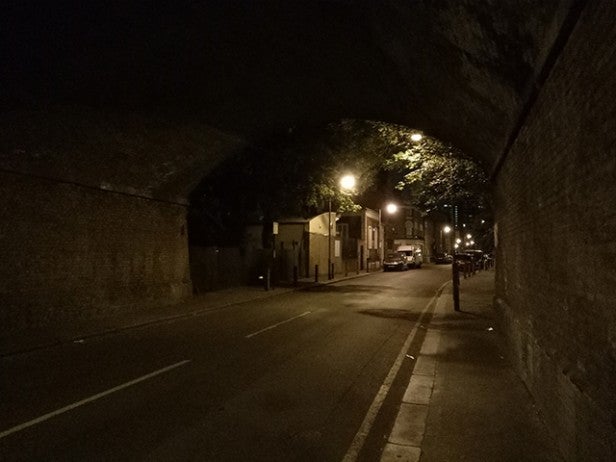 Low-light photo quality won’t challenge a Galaxy S7, but could be much worse 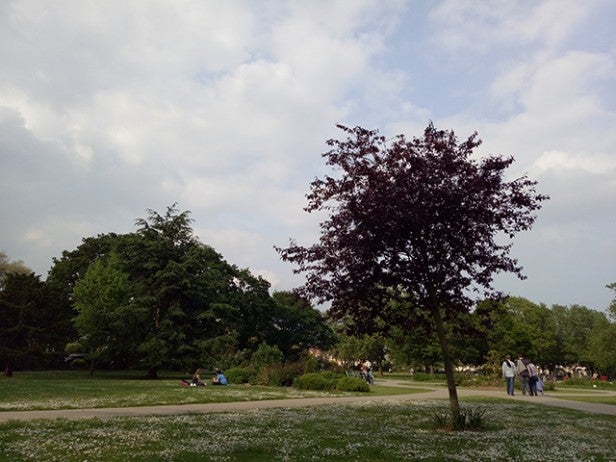 Flipping around to the front, the F1 Plus’s selfie camera is bizarrely well-equipped. It does have OIS, and uses the IMX298 sensor, a 16-megapixel sensor used in the Huawei P8 as the rear ‘main’ sensor.

The Oppo F1 Plus consequently destroys virtually every other phone out there in terms of selfie quality.

I took a few selfies in a room with closed curtains and just a small bedside lamp lit in one corner, using the F1 Plus and Samsung Galaxy S7. While both manage to make faces look bright and have a good stab at getting the white balance right, the F1 Plus shots continue to feature quite a lot of fine detail while the Galaxy S7 shots appear intensely soft by comparison. I would rather the phone have a single, amazing camera on the back, but I do appreciate that for others the selfie camera is going to be in use as much as the back one.

Neither camera can shoot 4K video, just 720p or 1080p, but the camera app is very solid and offers plenty of additional modes. 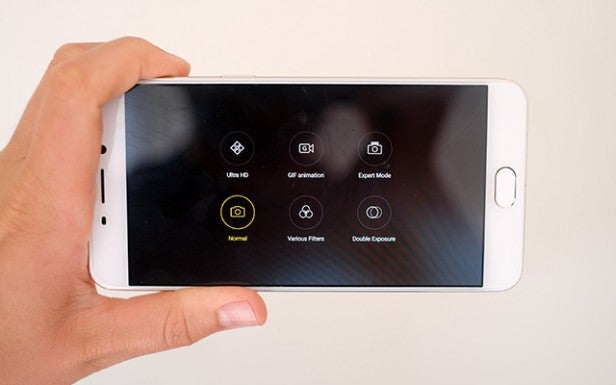 There’s an Expert mode that lets you change focus, shutter speed and more manually, and it also features a clever spirit level display so you can check your horizons aren’t going to look off-angle.

The Oppo signature mode is Ultra HD, which merges multiple shots and alters the processing style to increase detail. In the past I’ve seen the Ultra HD mode reduce noise, but here it has the potential to radically increase it. The processing switches to pure sharpening, so this mode should only be used in certain conditions. 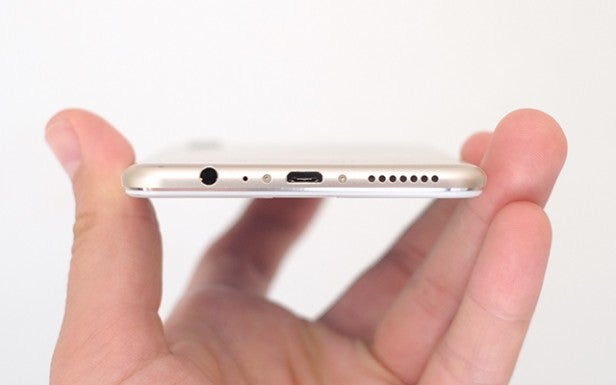 The Oppo F1 has rather uneven battery stamina. As standard it takes a very aggressive approach to managing background tasks, making the phone use almost no charge when it is not being actively used.

It works. I’ve had the Oppo F1 Plus only drain down to 50% by bed time. However, the costs of this are real. The phone just doesn’t get notifications of emails and so on as quickly as your average phone.

This effect is not happening because I have the Low Power mode engaged, either. It seems to be standard protocol. 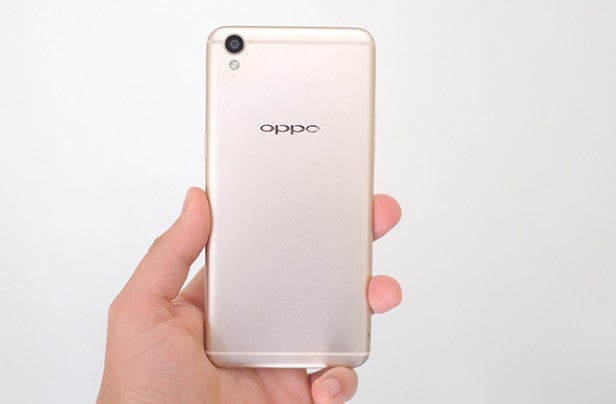 Putting the Oppo F1 Plus under more strain, it’s clear that the 2850mAh unit is only adequate given it has a bright 1080p 5.5-inch screen to power. An hour of Minecraft takes 24% off the battery, suggesting it’ll last for around four hours of gaming. That’s an hour less than the smaller Oppo F1, which may seem to last less long in general use as it isn’t quite so scrooge-like with the juice.

The Oppo F1 Plus has a speaker on its bottom edge, just like an iPhone. It’s a fairly loud speaker, but doesn’t quite offer the sound quality of something like the HTC 10, the latest iPhones or the Samsung Galaxy S7. 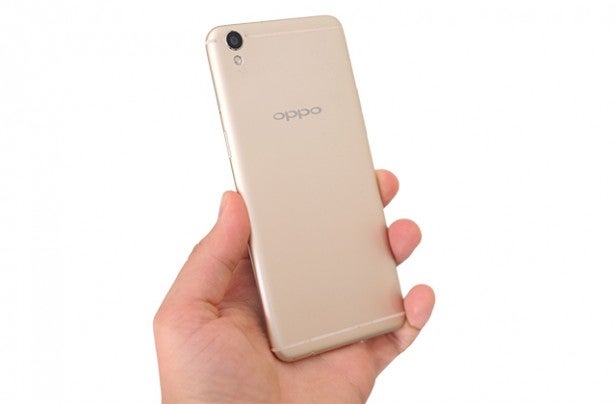 Should you buy the Oppo F1 Plus?

There’s lots to like about the Oppo F1 Plus. It has a high-class design, loads of storage and a pair of cameras that set a new standard for selfies while taking good standard shots too.

Not everyone’s going to like the iPhone-apeing software, but there’s only one problem that really sticks out. The GPU just isn’t fast enough to handle the most demanding games without being a little conservative with the graphics settings.

This is a real problem with a phone that, at first glance, looks like the best gaming Android you can get at around £300. If you’re not a gaming fan, though, good general performance makes it a good mid-range bet.

A classy mid-range Android that aims for the iPhone’s style, but offers disappointing gaming performance