The Oppo F1 has a 13-megapixel rear camera with a flash. As with the screen, it roughly matches the best around on specs. However, where the Moto G uses a Sony sensor, this camera has a Samsung ISOCELL one and an f/2.2 lens.

It’s less of a known entity. 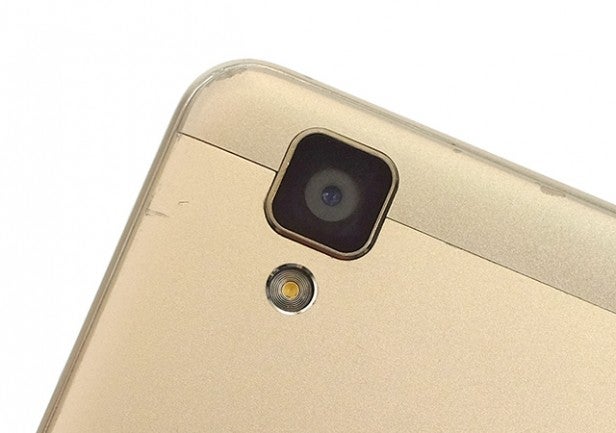 The results are pretty good, while not blowing the best at the price out of the water. It’s fairly fast to shoot, there’s plenty of detail on show, colour is fairly good, and only desaturates slightly with indoors lighting. Greens can look slightly overbaked, but not to the extent they’re flat-out unnatural.

What the Oppo F1 misses is slightly smarter processing to bring out the native dynamic range of the sensor. There’s no Auto HDR mode here, and fiddling with the results in Photoshop post-shoot, I found that in some shots with dark looking foregrounds have loads of very low-noise detail just waiting to be unlocked in their shadowy bits. It’s a pity the F1 doesn’t do it for you.

While the Oppo F1 doesn’t make any ridiculous moves with metering, you do sometimes end up with overexposed areas where a lesser exposure and some dynamic range processing could come up with better results. Of course, we’re talking about a £170 phone, not a £500 one, and I’m very happy with what the phone produces at the price. 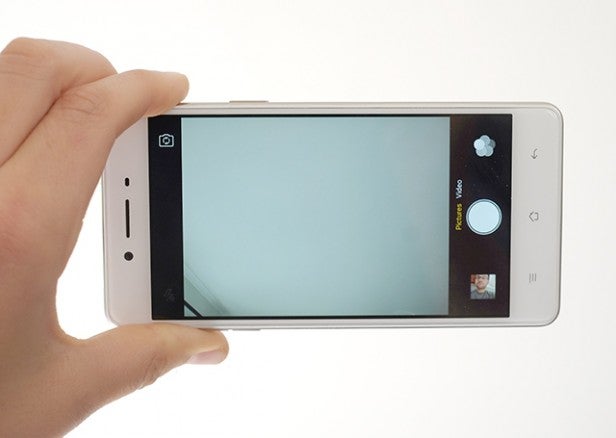 There is an HDR mode too, but it slows the camera down to a pace of roughly a photo every two seconds. Night shots are much better than those of the rival Samsung Galaxy J3, but as the camera is non-stabilised you’re simply not going to be beautiful shots without using a tripod, or something to rest the phone against.

The Oppo F1 does give you the chops for this more advanced kind of photography, though, because it features the sort of mode selection you normally only see in a much more expensive phone. There’s a ‘slow shutter’ mode for long exposures, an Ultra HD mode that produces massive files (this can improve noise a bit), an Expert mode with manual focusing and even a RAW mode.

When was the last time you saw a sub-£200 phone with RAW capture?

These modes also let you capture time lapse and slo-mo video, and shoot panoramas. There’s plenty to fiddle about with.

Here are some photos I took with the Oppo F1: 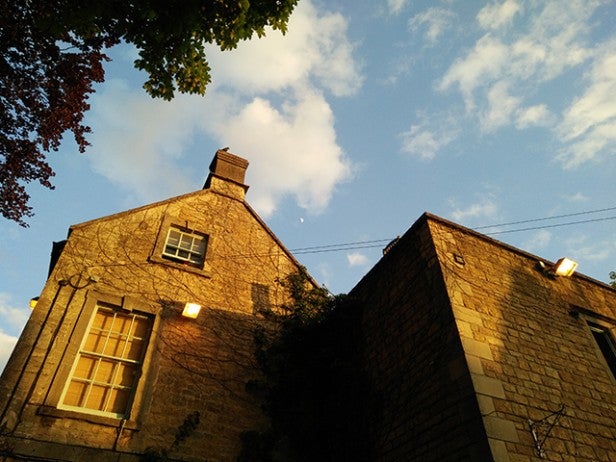 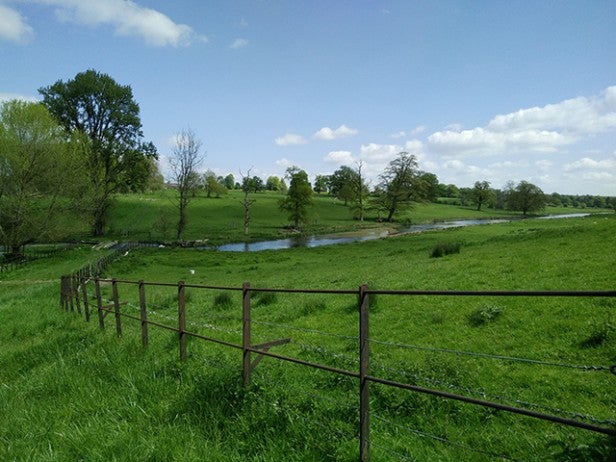 See what I mean about the greens? They’re a little lively. A nice shot in general, though 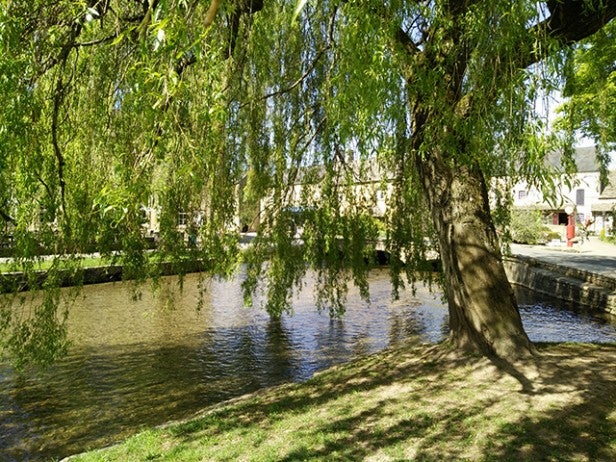 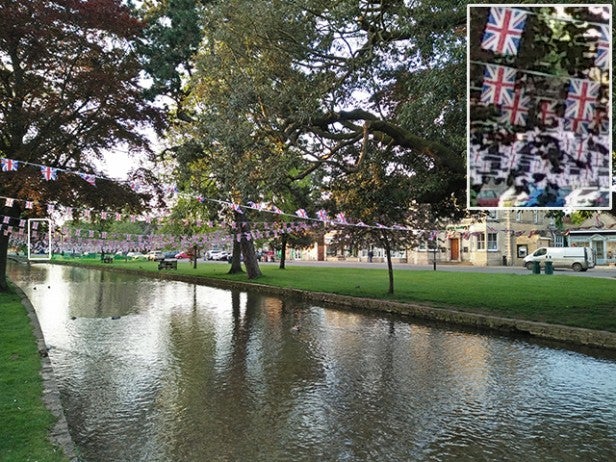 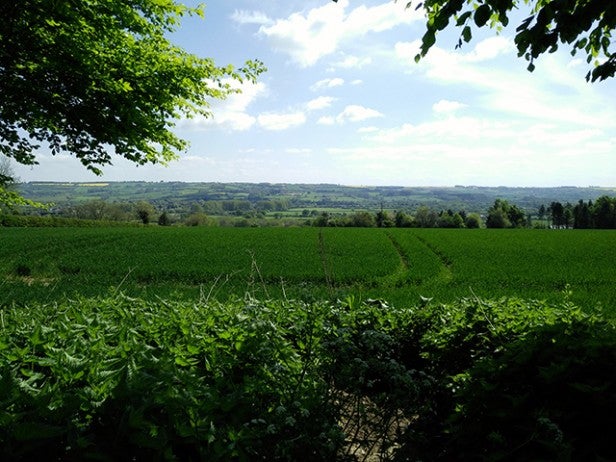 The clouds have flopped over into overexposure, which is a shame 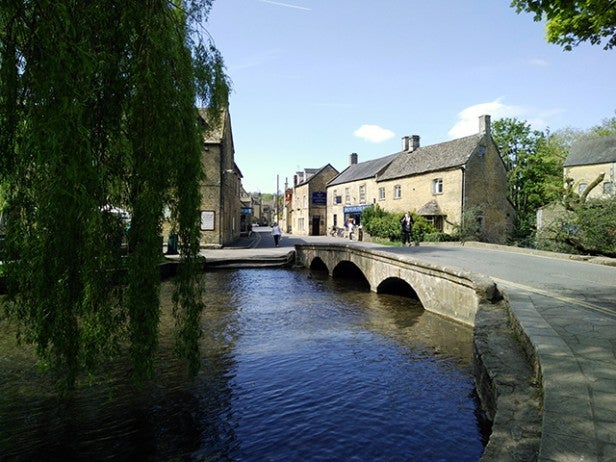 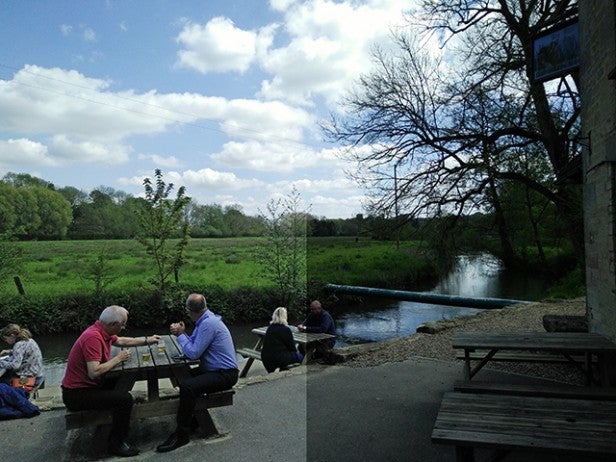 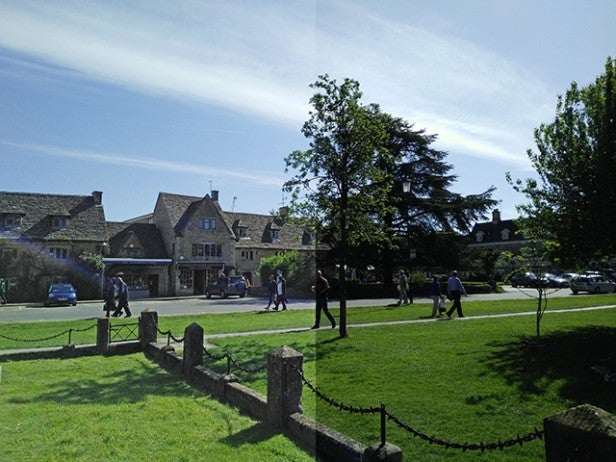 The selfie camera is actually more notable among its peers than the rear one. It has an 8-megapixel sensor, unusually high-res for this sort of price. The lens FOV isn’t super-wide-angle, but it’s just about perfect for taking selfies with just you rather than a whole gang of your friends. Despite having a fairly small 1/4-inch sensor, the results are rather good, and look pretty natural even indoors.

There are better selfie cams out there, but I’ve not used any better at this price.

The Oppo F1 gets you periphery features of higher-quality than you might initially expect. Its speaker is not too bad either.

It sits on the back of the phone, and at its price is among the louder phone speakers. It’s not reed-thin either. This is the sort of phone speaker I’m after, one that lets me (just about) hear a podcast while the kettle is boiling.

Actual sound quality is not all that remarkable, though. It gets a bit hard-sounding at top volume. This isn’t a beautiful speaker, but it is a useful one. 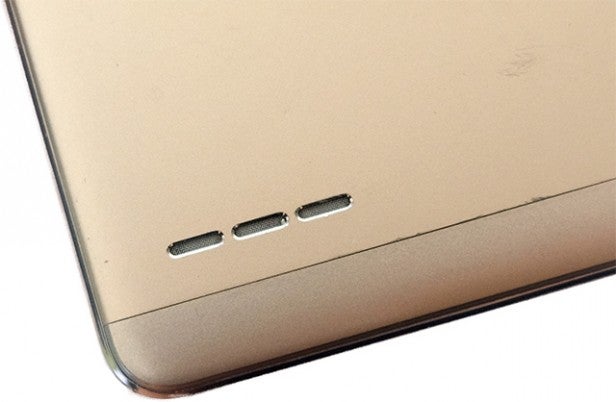 Stamina sits among the better phones at the price too, although as you might expect of a slim device, it’s not remarkable. The Oppo F1 has a 2500mAh battery, just 30mAh more capacious than the Moto G 3rd gen.

An hour of Minecraft takes 20 per cent of the battery off, suggesting you’ll get five hours of reasonably demanding gaming between charges. And it lasts for just under 10 hours of looped MP4 720P-quality video. That’s slightly better than, but ultimately pretty similar to, the Moto G.

The comparison holds in real life too. The Oppo F1 is a phone I’ve found easy to make last a full day. It’s not going to last for two days of active use, but neither will any of the mainstream phones in this class. 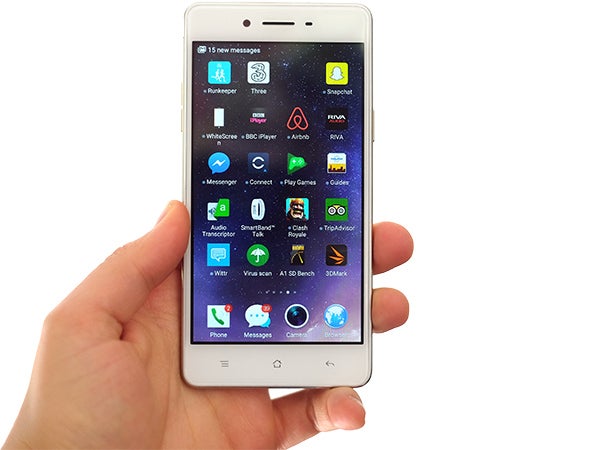 Should you buy the Oppo F1?

It’s easy to recommend over the Samsung and HTC. It’s much faster and has a better camera. Only the budget big-hitters offer serious competition. The Moto G has a slightly better screen and the camera is perhaps a bit more consistent.

However, isn’t a slim, metal body worth something? The part of the Oppo F1 you might not like is the ColorOS software. It’s easy to paste over, though, making this an easy phone to recommend if you’re looking for a way to opt out of signing up for a long, expensive contract.

A great SIM-free buy affordable phone that could pass for something pricier at a glance.