For a long time I viewed browsing the web on a mobile phone with scepticism. I couldn’t see how you could get even close on a 240 x 320 or smaller screen to a laptop or desktop experience. All of my experiences over the years, first with the ill-fated WAP, then with the walled gardens of the early Mobile Web on 3, and more recently with website developers producing alternative, mobile versions of their websites.


Then the (article:Apple-iPhone) came along and changed everything. The developers at Apple not only produced a desirable piece of hardware with a great touch-driven interface, but also – at the same time – the first ever usable, fully functioning web browser. Hallelujah! It could be done and it put to shame the woeful browsers – I’m thinking Pocket Internet Explorer here specifically – we’d been putting up with on our smartphones all this time. 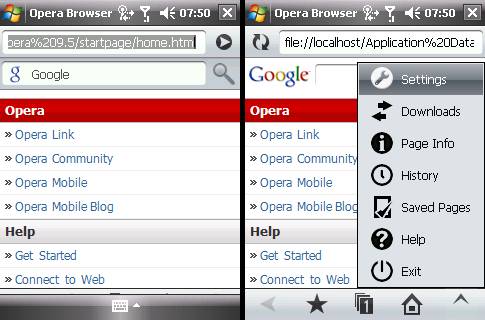 What about the rest of us? Amazingly, Microsoft has yet to kick out the next version of its browser for Windows, and Nokia’s browser, though competent, can’t match the touch-driven loveliness of Mobile Safari. Surely someone would pick up the baton and produce a usable alternative for Windows Mobile and Symbian OS. Well it’s taken a year but we have a challenger in Opera 9.5 Mobile, which finally arrived a couple of weeks ago.


It’s not the first time we’ve seen the browser, of course. It first appeared on the (article:HTC-Touch-Diamond) and if you read that review you’ll find that it’s the best thing about the handset. Back then it was exclusive to the Diamond – now, anyone visiting www.opera.com/mobile can download it and install it on their mobile phone. 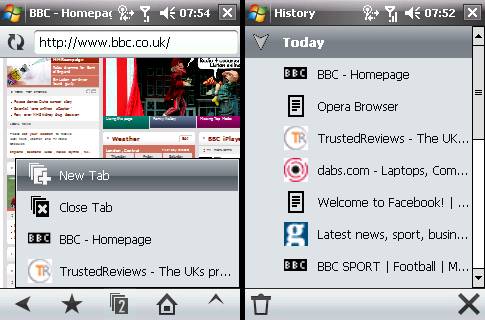 Even though the browser is technically still in beta (and only supports Windows Mobile devices at the moment), it’s well worth installing, because Opera Mobile 9.5 is a quantum leap ahead of anything other than Mobile Safari.


One of the things that make it so good is that it matches Safari’s excellent overview and zoom capabilities. When you first fire up a website, such as the BBC homepage, you get a full overview of the page, fitted to the width of your screen. Double tap the screen and the view swoops right in, rendering text, graphics and photos as crisply as you’d expect to see them on a standard desktop browser. On the two phones I tested the browser on, an HTC TyTN II and a Glofiish M800, this process was both quick and responsive.

Those lucky enough to own smartphones with VGA screens, such as the one on the Touch Diamond, will be able to read a lot of the text in fully zoomed out mode. Navigating around pages is just as good as it is on the iPhone, though this will inevitably depend on the processing power of your phone. A flick of the finger sees pages scroll smoothly up, down, left and right, and continues once your finger leaves the screen, slowing gradually to a stop.


One disappointment here is that Opera Mobile 9.5 doesn’t build in by default direct and finer adjustments of the zoom level. On the iPhone you simply pinch your fingers one way or the other. But, as with the Touch Diamond, there’s clearly some way of working with Opera’s API to add this sort of feature through hardware controls. 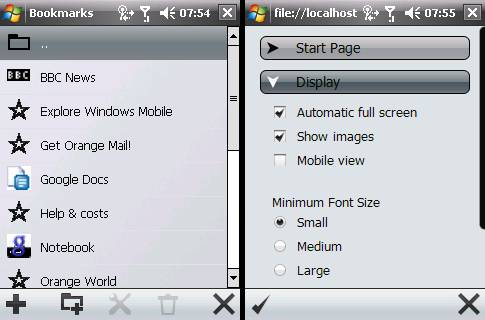 Another big change to Opera Mobile 9.5 is its user interface. Previously a fiddly affair only usable with a stylus or buttons, 9.5 is now equipped with a fully finger-friendly interface that makes intelligent use of the, typically small, smartphone screens it’s designed to run on.


Its most important feature is that it runs in full screen mode automatically. The only control you see on screen while browsing, in fact, is a small, transparent tab in the bottom right hand corner. Tap this with a finger or thumb and up pops a series of shortcuts along the bottom of the screen, accompanied by an address bar at the top. 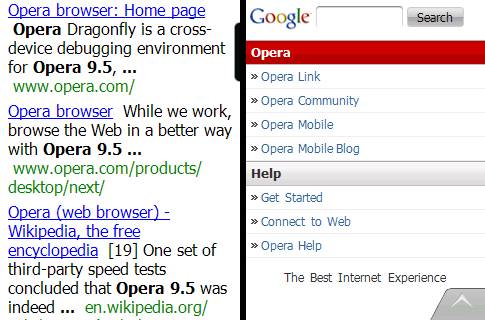 The shortcut buttons – which enable you to quickly access Back, Favourites, Tabs, Home and a pop-up menu – are also finger-friendly. Likewise, the address bar is intelligently designed: tap it once and a Google search box pops up immediately below it, ready for search terms to be entered.


Other features, such as the History and Tabs, are just as intuitive to use and are again accessible without recourse to the button panel or stylus. In fact the whole browser is a doddle to use with your fingers – only the advanced settings screen is remotely fiddly.

While matching Mobile Safari for ease of use, Opera 9.5 also adds in a few handy extras of its own. You can select, copy and paste text, for instance – something you can’t do on the iPhone at all without the help of third party apps. You can also download and save images and files, neither of which can be achieved with Mobile Safari or, for that matter, Opera’s own (and otherwise excellent) Opera Mini.


Rendering speed is excellent, too. Using my home broadband connection to ensure the mobile connection wasn’t a bottleneck, even the most complicated pages were rendered in their entirety in around 30 seconds – the BBC homepage took 29 seconds, Dabs.com took 32 seconds and the TrustedReviews front page, 38 seconds. 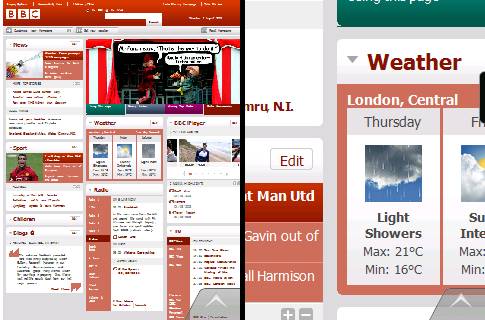 Troublesome websites are despatched capably, though it’s not perfect. TrustedReviews’ homepage doesn’t display correctly, for instance, but other form-based websites that don’t appear quite right on the iPhone do appear reliably here. Moreover, in the week or so I’ve been testing the browser I can count serious layout problems on the fingers of, well, one finger. It’s really that good.


Being a beta, you’re bound to come across the occasional glitch or two, though. Though the browser worked perfectly on the (article:HTC-P4550-Kaiser-Smartphone HTC TyTN II), when using it with the VGA screened (article:E-TEN-Glofiish-M800) it threw up continuous ‘Out of memory’ messages. There is a workaround you can employ, which involves adding an extra line to an obscure ini file, but I couldn’t get this to work on this particular handset.


Another issue is that, though other versions of Opera Mobile work with Flash, this isn’t the case right now with 9.5. Try and view Flash applications such as BBC’s iPlayer and you’ll be prompted with a message saying you don’t have the right plug-in installed. On some handsets it has been reported that the phone’s notification sounds were turned off on installation. I experienced no such problems during testing, however, and the problem has apparently been resolved in the latest 9.51b1 release.


While Opera Mobile isn’t the revolution that Mobile Safari was last year, and isn’t 100% perfect right now, it is well worth downloading, not least because at the moment it is completely free.


But, even if in time Opera ends up charging for it, as it does with earlier versions, I think it will be well worth paying the money. It’s a brilliant mobile web browser and allows those who just don’t have the option of buying an iPhone (or who just don’t want to) experience the web in all its glory in miniature.