It isn’t all that often a new name enters the mobile phone market, and even less often that that the name hails from the UK. So it is with a bit of a fanfare that I want to announce the presence of Onyx, a UK based mobile phone manufacturer which has just launched its first handset, the Liscio.


According to its website, (Linkout:http://www.onyx-innovation.com/ Onyx) is about producing ‘elegant style mobile phones with quality and technology’. No, I’m not sure that is good English, but you get the gist. The website’s ‘about us’ information is peppered with terms like ‘affordable’, ‘aspirational’ and ‘lifestyle’.

So it should come as no surprise that the Liscio itself is styled as a fashion accessory type mobile and that its small and neat proportions are emphasised.


Interestingly enough, it is being pushed not only as a main phone for the style conscious but also as a second mobile for those who carry a chunky handset for work and want something different for their leisure time. I can’t remember having seen a mobile being touted as a second phone before – anyone out there like to enlighten me on that?


This is all quite a build-up, so you are likely to be as intrigued as I was to see what this mobile has to offer. 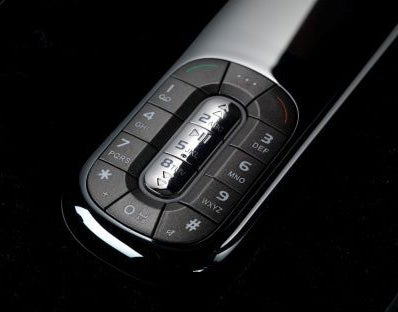 First impressions were positive. This is an absolutely tiny mobile at just 90mm tall, 35mm wide and 18mm thick. It weighs just 60g which I think makes it the lightest mobile I have ever reviewed. Its rounded corners and mercury-silver colouring make it look as unlike a mobile phone as any mobile phone can, and its teeny proportions made carrying it around a delight. However, obvious screen and number pad compromises have had to be made to get this phone as small as it is.


The number pad isn’t too bad. Its keys are fairly large and the central column of 2, 5 and 8 are separated into a differently shaped and coloured trio that double up for music control. They stand out as a sliver lozenge in grey surroundings and provide for pause/play and track skipping.


This design feature makes it easier to manage the keyboard for swift texting and for number dialling than if all the keys had been designed to look and feel the same.

The Call and End keys double up as softmenu buttons and a menu button sits between them. For such a small mobile I was pleasantly surprised to have almost no trouble at all with the buttons.


The screen is probably the tiniest main screen I have ever seen on a mobile. It measures just 1.1 inches from corner to corner and uses a miniscule 96 x 96 pixels. This OLED display is buried deep under the outer casing. And as I always find with small screens reading the content is not always easy. 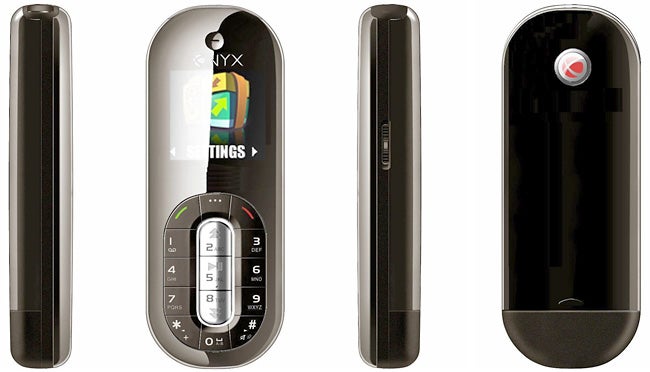 Text messages were particularly annoying. The screen can display four lines of SMS text. This means that if messages are of the short; ”Delayed. Be there 15mins late” type then the whole lot shows on screen at once. But anything over about 12 words and you are into scrolling. This is not a big deal in itself but if you’re used to a large screen that displays the longest of text messages in one go, then as your ‘second phone, the Liscio is very likely to annoy.


The reason scrolling is tolerable, however, is thanks to the jog-wheel on the right side of the casing. You can use this for up and down movement and it has a press to select feature. This wheel is vital for getting around the handset, as it is only by using it from the main screen that you can get to the various application groups on the mobile. 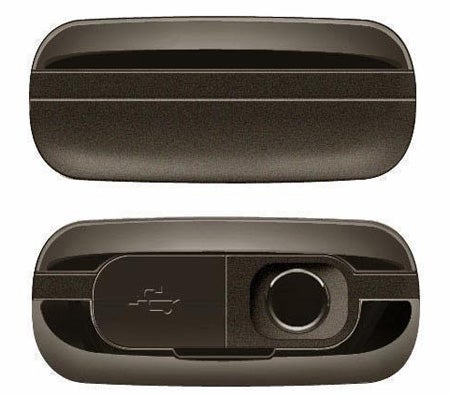 And this is where we start to hit trouble, because technically there is not a huge amount going on here. The FM radio is a nice feature to have in any mobile, and I’ve already mentioned the music playback. The headset slot is a 3.5mm type, and so while the provided headset doesn’t set the world alight with its quality you can use your own cans if you prefer.


There is no camera, so if you are thinking of using your mobile for snapping, look elsewhere. Web and WAP browsing are also absent.

Applications that are built-in include a calendar that shows you the date but does not manage any appointments; five alarms; world clock and memo writer. There is also a voice recorder, calculator, stopwatch and a couple of games.


Bluetooth is also included, and you can use the phone in mass storage mode for getting data such as music files to and from your PC. It comes with a USB cable for this job. It also, incidentally, comes with a cleaning cloth, which could prove handy as the phone does seem to attract greasy fingermarks both front and back. 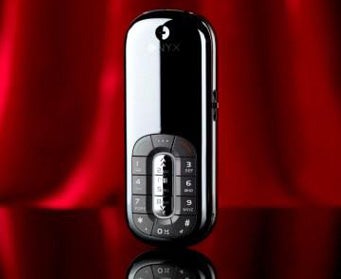 There is 128MB of integrated memory, and a microSD card slot under the battery. The phone comes with a 1GB card.


The Liscio is tri-band GSM. Battery life proved quite good. Asking the phone to play music non- stop from a microSD card resulted in 6 hours 47 minutes of playback.


This mobile has a distinctive and not unattractive design, and I do like its small neat size. The number pad is well thought out and considering what little space it has to live in I found it ergonomic to work with.


The necessarily squeezed screen was annoying at times, but the truncated feature set is likely to be more annoying. Especially considering the price of this handset. Look back through my recent reviews, and you’ll find other handsets which cost a lot less and offer comparable features.