Onkyo’s H500BT headphones are a Bluetooth wireless pair of on-ear cans that also happen to support Hi-Res Audio files. There’s a caveat, however. You’ll need to use them wired if you want to take advantage of that added audio fidelity. Still, even then there’s a lot to like about the Onkyo H500BT for their £170 price.

With the Onkyo H500BT, you have a choice of either black or white finishes for the rather subdued and understated design. Your choice of colour extends to the detailing of the 3.5mm cable. Go for the black finish and you get a black-and-copper twisted cable, whereas white has a white-and-rose-gold combo. The design isn’t far removed from what you see from AiAiAi’s TMA-2 headphones when perusing the shelves of an Apple Store.

But where the Danish brand opts for a soft-touch finish, Onkyo has used hard, glossy plastic for the H500BT. It feels a little at odds with the mid-range price and means the exterior attracts the occasional fingerprint or greasy smudge.

You’ll be touching the exterior a lot, too, as the right earpiece has a capacitive touchpad used for controlling media playback and adjusting volume. This generally works well enough, but I did accidentally interact with the touchpad on occasion when re-adjusting the fit. Use the wire to connect to your audio source and you lose media controls, which is a shame.

The earpieces slide along an adjustment rail and finding a comfortable fit is easy. The headband and earpads have a good amount of padding and you never feel like the headphones will crush your skull. While the Onkyo H500BT feel a little plasticky for my liking, they’re at least comfortable to wear for long periods. At 217g they’re lightweight, but it’s a shame they don’t collapse down to a more transportable size. 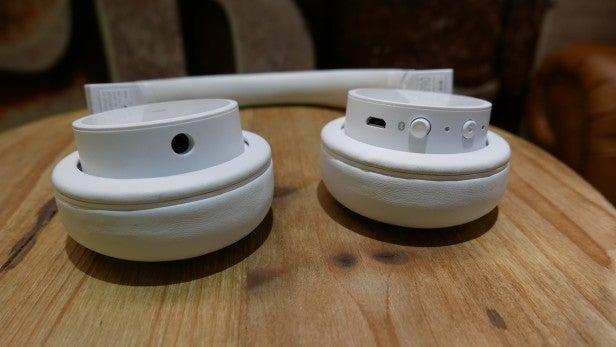 A Bluetooth pairing button and a power button are on the underside of the right earpiece. One button is slightly more recessed than the other, but I still sometimes found myself pressing the wrong one. Next to these is a Micro USB port for charging. The built-in battery is rated for 16 hours, which felt about right. I could easily get through a week on a single charge.

Alongside the NFC Bluetooth 4.0 pairing, they support the less lossy Bluetooth aptX codec, and there are dual microphones for hands-free calling. During testing, I found the Bluetooth connection could be a little unreliable when used alongside my Android smartphone. Occasionally, the headphones would pair, but Android would report it was without media abilities, so music wouldn’t play through them. Disconnecting and reconnecting would rectify the problem, but it was inconvenient.

Inside each earpiece is a 40mm driver delivering the sound. You’ll get different performance depending on whether you’re using Bluetooth or a wired connection. Use Bluetooth and the H500BT deliver a frequency response of 7Hz-23.5kHz, which is no slouch.

Attach the wire and the frequency response extends to 7Hz-40kHz in order to earn the Hi-Res Audio seal. In truth, you’re probably going to need “golden ears” to hear anywhere close to that full frequency range. And it’s not like you actually need any specific headphones to listen to Hi-Res files – high-end cans that can’t boast that frequency range will almost certainly still sound better with Hi-Res Audio files than lower-priced headphones that can. 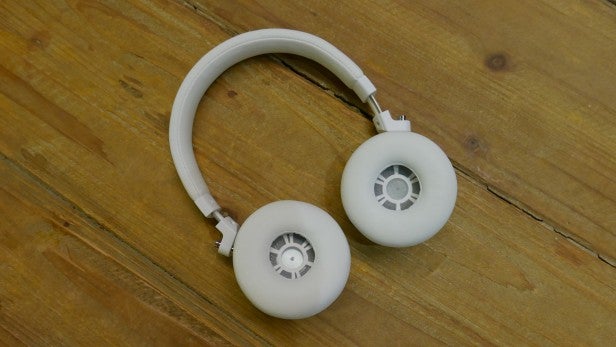 Still, the Onkyo H500BT prove themselves to be versatile cans. Serve them up with suitably high-resolution audio files and there’s a rich fullness to the low-end that remains controlled. There’s distinct weight and presence to the delivery.

That’s not to say the bass is overpowering, though – the treble and mid-range are able to hold their own. Arguably, there’s more detail in the higher frequencies, with a little going missing in the mids. It can occasionally leave the treble feeling a little bright and harsh, but not uncomfortably so.

There’s good separation between frequencies. Vocals float nicely over instruments and the H500BT maintain a generally balanced tone. The soundstage isn’t particularly wide, although that’s unsurprising for closed-back headphones. They don’t sound too boxed in, at least.

The headphones don’t require much to drive them either, so they can reach loud volumes without distortion from almost any headphone output. The level of passive isolation isn’t great, so you might find the added volume useful to drown out your surroundings. 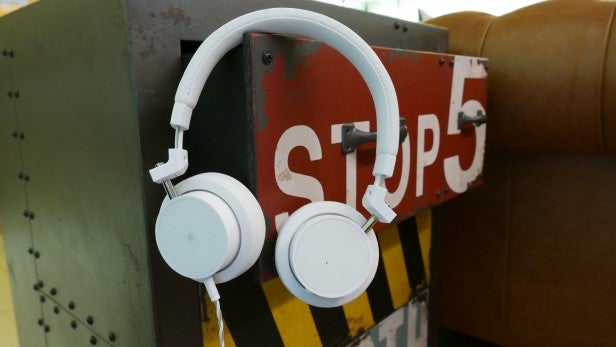 Should I buy the Onkyo H500BT?

For the money, there’s a lot to like about the Onkyo H500BT. Sound quality is very good and favours anyone who doesn’t want massive amounts of colouration to their music. Battery life, too, is very generous. The Hi-Res Audio certification, albeit only applicable when they’re wired, adds a nice string to their bow, but it’s fairly meaningless. Spotty Bluetooth reliability and underwhelming build quality are the can’s main faults, especially considering the relatively high cost of the headphones.

The Onkyo H500BT sound decent, but they’re let down by Bluetooth pairing issues.