The Onkyo H500 are on-ear headphones. They’re small and portable, similar in size to the Beats Solo 2 but with a more grown-up style.

At £129 they’re certainly crowd-pleasers on price. But their overall appeal is held back by a lack of mid-range fibre and a non-folding frame. 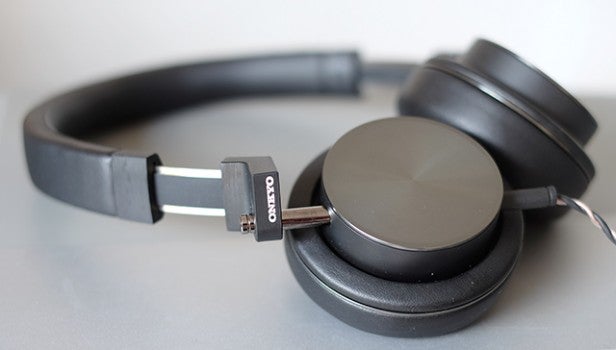 Onkyo is best-known for its home-cinema gear, but the company entered the headphones market several years ago. The Onkyo H500 are the most accessible set of headphones from the company to date. They’re the sort of headphones you might buy on the high street to use on your way to work. They can even be bought at Argos.

The Onkyo H500 sit on your ears rather than around them, taking up less space than a full-sized pair. They’re not ultra-petite in the way of sister set, the Philips Fidelio F1 (both have Gibson Innovations as a parent), but they do match a sensible look with hints of higher-end design. 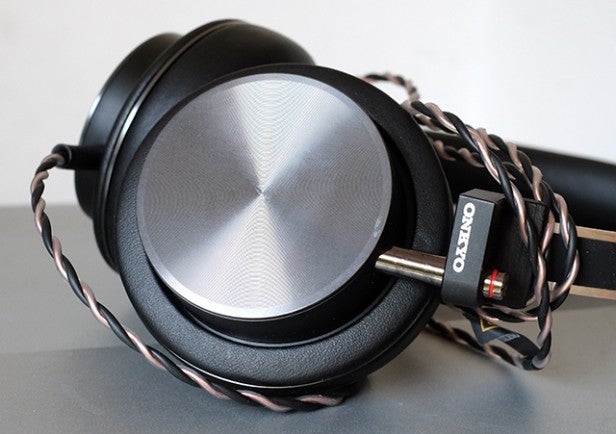 The H500’s cups are finished in metal rather than plastic, for example, and a texture of concentric circles on the outer part of the cups gives the Onkyo H500 a neat look when they catch the light.

The headband and the ear pads are finished in leather but, as is almost always the case, it’s the synthetic stuff. Thankfully, it doesn’t look or feel cheap, which is a plus point.

As on-ear headphones, it’s no surprise that the Onkyo H500’s comfort level isn’t at 100%. While testing I’ve worn them for up to five hours at a time, but when wearing glasses they cause a little fatigue on the backs of your ears after a while. However, they compare favourably with arch-rivals Beats Solo 2 and the Sennheiser Momentum On-ear.

Since the H500 headphones have softer pads, with a grip that’s perhaps a little too loose for running outdoors, they’d be fine for the more predictable motion of jogging on a gym treadmill. 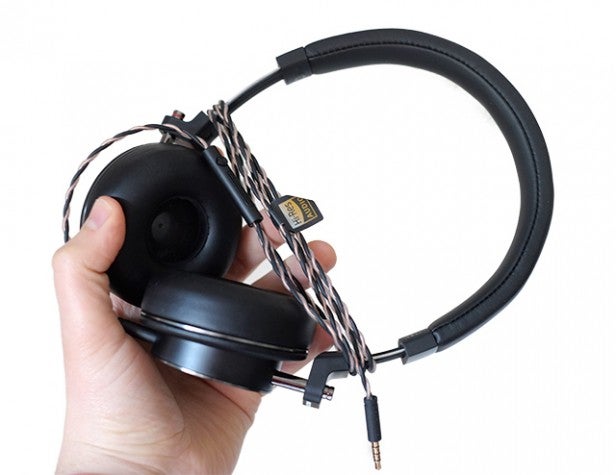 Onkyo has considered the fit quite carefully, because they have to be worn the right way around or they’ll eventually work their way off your head. Just look at the little metal stems that connect the cups to the headband. They’re not attached dead-centre; they’re slightly off.

Such elements, and the plastic rubbery braided cable, give the Onkyo H500 a distinctive look in what is otherwise a fairly low-key set of headphones. Are there any benefits to this odd cable? Not that I’ve found, but neither have I bumped into any major downsides. As long as you don’t hate the look, that is. 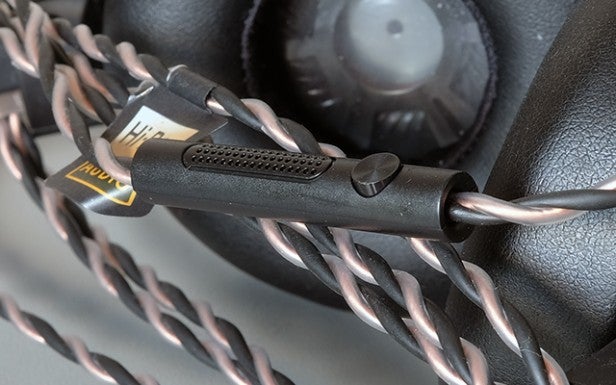 The Onkyo H500 cable is removable, and features a one-button remote that lets you control track playback and take calls with both iOS and Android devices.

In terms of noise isolation, and similar to other on-ear headphones, the H500s are decent rather than spectacular.

They perform better than the Momentum On-ear, which aren’t much cop for loud trains and buses, but aren’t quite as good as the grippier Beats Solo 2. The level of isolation is also very dependent on the fit, so you may need to fiddle with their position on your head if they’re to block out the noises of public transport.

The Onkyo H500 pull off a few sound moves that fit in well with their everyman/woman/person style. They have a dual emphasis, in the bass and the treble.

Bass is far better controlled than in the Beats Solo 2, meaning you get a fun, full sound without it ever becoming “all about the bass”. In this regard, the H500s offer improved performance over the Sennheiser Momentum On-ear headphones. 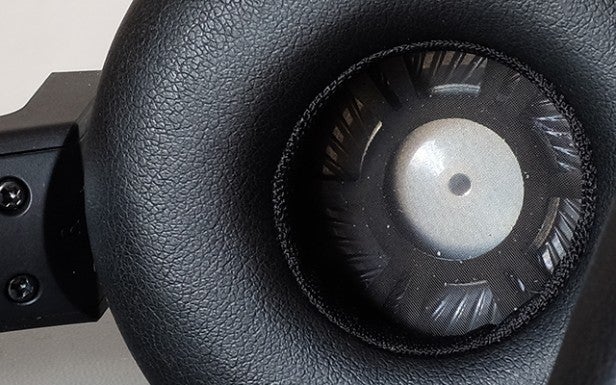 Balanced but punchy bass as a half-shot of adrenaline in the treble gives the Onkyo H500 sound an edge. Hi-hats are crisp without sounding too sharp.

You will need to ensure there are no extra sound modes enabled on your phone, though. For part of my time with the H500s, I was using the Huawei P9 with a DTS mode enabled. This resulted in treble sounding like it was trying to saw off my ear.

Keep the sound naturally EQ’d and it isn’t hard, harsh or sibilant.

There is another issue that results in the Onkyo H500 being only fair for the money, rather than a smash-hit. It’s the mid-range, which lacks the definition, power and presence I’d like. It takes a backseat to the treble.

Mid-range deficits are some of the most important issues with mid-range and higher-end headphones, but are easily the hardest to pinpoint and describe. 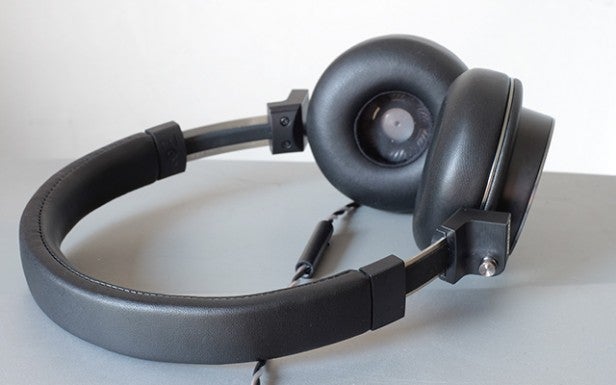 To try for yourself, put on a lower-register singer such as Randy Newman – responsible for scoring several of Pixar’s most famous songs. The weaker mid-range of the Onkyo H500 means the bulk and texture of the vocal comes from fairly high up the mids and into the treble, when there should really be more substance from further down the frequency register.

This difference was fairly obvious when comparing the Onkyo H500 directly with the Sennheiser Momentum On-ear, which sell for a similar price. 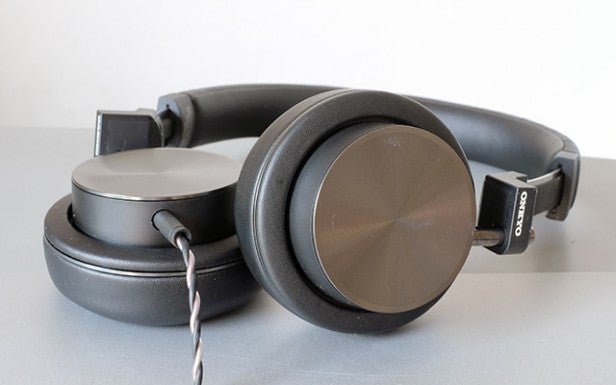 When you’re not listening to gravelly baritones, this mid-range issue tends to mean the central channel often ends up with not quite enough presence in the mix. The Onkyo H500s display enough width, but they lack important sound-contouring in certain areas, reducing the perceived height of the central channel. This is important in making it stand out from the left/right stereo information.

That I needed do some quite close listening and comparison with some of the best headphones in this class tells you that this isn’t a killer problem. It just means the Onkyo H500 aren’t quite among the best on-ear headphones in the £100-150 price bracket – even if I think their treble and bass performance is on a par with the best portable style pairs at the price. 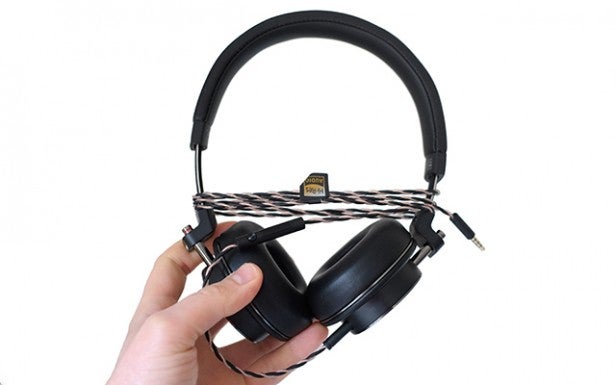 Should you buy the Onkyo H500?

The Onkyo H500 are earphones that would work well on a work commute. They’re comfortable among their on-ear brothers and have style – but not a look so bold and brash that the suited-and-booted would look odd wearing them.

Their sound, too has plenty going for it – including well-measured bass and clear treble that has a bit of spark to it without being at all harsh. However, a relatively weak mid-range can leave some music sounding like there’s something missing.

These smart-looking portable headphones have spark to them, but they lack mid-range power.