It’s odd to think that, after years of striving for perfect sound reproduction the next big thing in audio playback ended up effectively turning back the clock. Yet that is exactly what has happened with the MP3 player revolution.


It must have been a bit of a kick in the teeth to the music and electronics corporations who have invested millions developing the next leap in playback quality to have discovered that it wasn’t the sound quality of CDs after all that made them so appealing – it was because they were so much more convenient than LPs.


As soon as something even more handy and easy to use arrived on the scene – the iPod in the case of the current music revolution – people adopted in their millions. And how many have bought into SACD (Super Audio CD) or DVD Audio? You guessed it – not many. 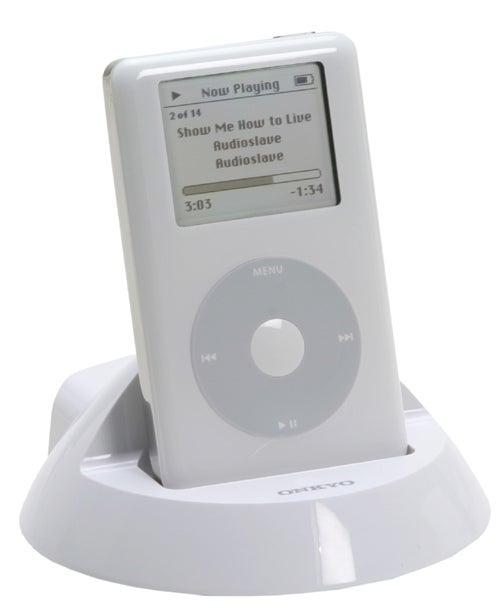 So it’s inevitable that the same thing that’s happened to the portable music player would happen to the home hi-fi market, right? Well you’d think so, but strangely manufacturers have been slow on the uptake. Even now mass storage is so cheap that storing hundreds of CDs in native, lossless format needn’t be expensive, you can count the number of serious audiophile music servers on the market on the fingers of one hand.


So what’s a technology-starved audio freak to do? Well you could build your own, but most are having to rely on the iPod accessory market. Fortunately, Onkyo’s DS-A1 is no ordinary iPod accessory. In simple terms, this is an audiophile docking station for your iPod, one of the first attempts at giving us iPod convenience and hi-fi quality sound.


This diminutive, white disc may be an unassuming bit of kit but it is nicely designed. It has a decent heft to it, which is important when you’ve got expensive cables attached to the rear as these are often quite stiff and unforgiving. The polished white finish looks rather good too – a perfect match for any iPod (it comes with adaptors for all types, including the nano) you choose to plug in. To top it all off there’s a rather fetching blue LED on the front as well.

The business end of the DS-A1, however, is at the rear. Take a look behind and you’ll find, instead of a USB cable sprouting out, a pair of gold-plated stereo phono outputs for connection to your amplifier, an S-video socket for viewing photos and videos on your telly, a jack for the power input (the dock charges your iPod while it’s connected) and another small 3.5mm jack labelled RI. This latter socket is for the remote interconnect – for those lucky enough to own a compatible Onkyo system it means that you can perform basic track, album and playlist navigation functions such as play, pause, and skip, using your main audio remote. A boon if you’re an inveterate track-shuffler like me, though disappointingly the feature isn’t available in video mode. 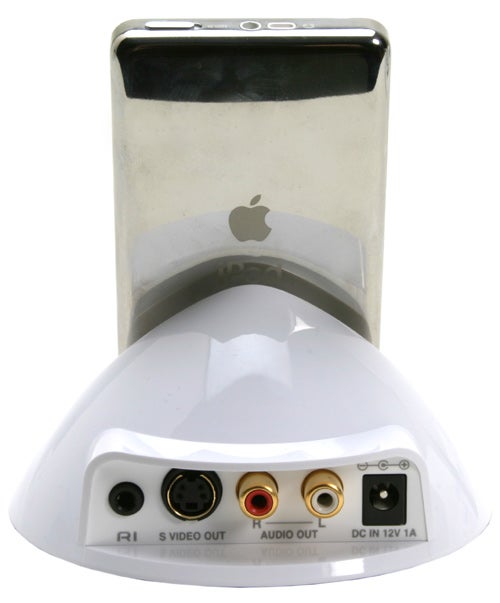 I was keen to put the DS-A1 through as much of a torture test as I could and hooked it straight up to my Primare A 30.1 stereo amp (£1500) with a set of Nordost Blue Heaven interconnects (£150) which is, in turn, connected to a pair of Sonus Faber Concertinos (£600).


While not the most demanding of reference systems this is a setup that should easily expose any weaknesses and, sure enough, in back-to-back tests with a Unison Research Unico CD player (£1200), music played back through the dock sounded thin, lacking in presence, atmosphere and bass grip. True depth and instrument separation was weak in comparison and while listening to KT Tunstall’s Eye to the Telescope, high notes and vocals took on a harshness that had me hankering after a swift return to my CD player after half an hour or so of testing.

Interestingly, switching to a less-revealing, slightly warmer-sounding, and cheaper interconnect (£80) improved matters vastly, taking the harsh edge off trebles and the mid-range and making the sound altogether more listenable, but the difference between CD player and iPod setup was still palpable. 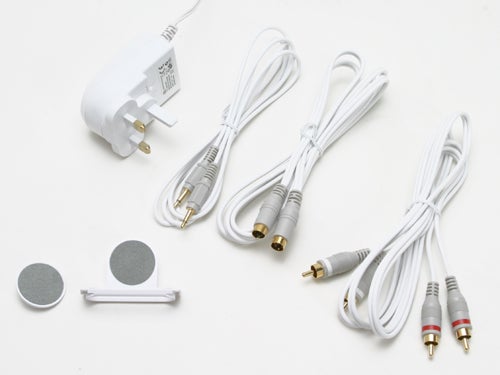 Okay, so admittedly this isn’t much of a fair test, after all the dock and iPod setup does have the disadvantage of a) playing back compressed music files b) being a portable and c) costing less than a quarter as much as the CD player it was up against. The surprise was how small the difference actually is.


In fact the Onkyo dock is good enough that, as long as your music is encoded at a decent bit rate, if you connect it to more reasonably priced equipment you’ll be much harder pushed to tell the difference. And though I wouldn’t recommend any portable – however it was connected to your separates hi-fi – for an extended sit-down listening session, it’s fine if all you want is background or party music, or something to get you going before you go out on the town.


All in all the DS-A1 does its job about as well as you could expect it to and within the sound quality limitations of a portable digital music player such as an iPod I was very impressed with its performance. As long as you connect it to your system with a decent quality interconnect and as long as that interconnect isn’t too revealing or analytical it’s capable of producing highly acceptable results.


So if you’ve ever hankered after the convenience of multiple playlists or being able to play your entire music collection on random shuffle, or you just can’t be bothered hunting through stacks of CDs every time you decide you want a change of pace, it may be worth making the compromise. And at a sniff under 70 quid, it’s not half bad value either.