The OnePlus One has a 3,100mAh battery, which you have no access to. It’s locked in place unless you actually take the phone apart.

However, battery performance is impressive, no doubt helped by battery capacity that is up there with the most generous mobiles.  OnePlus’s pre-launch materials suggested there was ‘mystery tech’ involved, but it seems more likely that optimisation is largely down to the efficiency measures of the Snapdragon 801 processor and that a fixed battery lets the phone pack in a large unit into a pretty slim phone. 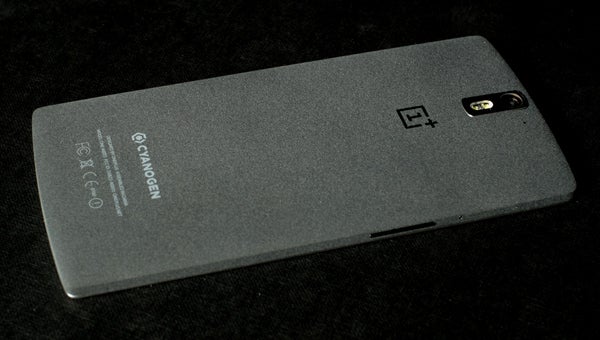 The phone’s display is also pretty efficient thanks to is use of an LTPS panel – although plenty of high-end LCD phones use LTPS these days.

Either way, you have to try pretty hard to make the OnePlus One drain down in a day. 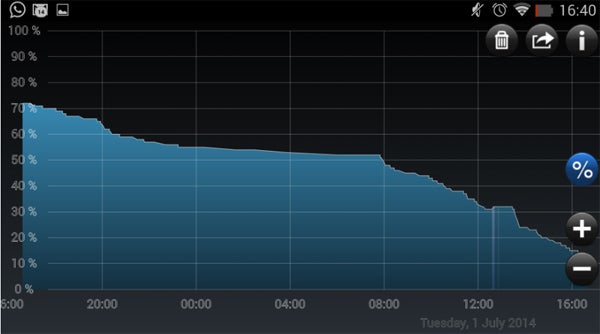 This is a pretty normal moderate day’s use, from 4pm to 4pm. Note how the OnePlus barely loses any charge overnight, and that in total the 24 hour period only saw the phone drain by around 55 per cent. 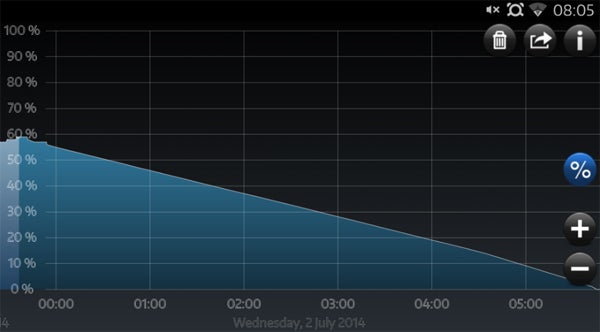 This is how the battery drains down when playing a 720p MP4 video file on loop, with mobile internet and Wi-Fi turned off. It equates to around 11 hours of playback off a charge. That’s not quite as good as the 14 hours we got out of the Sony Xperia Z2, but it’s on the same level as the other Android flagships.

We comfortably got a day and a half, and change, out of a charge without any battery saving modes. And that’s a good thing, because there isn’t one.

Where all the big-name phones have multiple battery-saving modes that let you squeeze as much as 24 hours out of your last fraction of battery by making the display monochrome, shutting of standby mobile data and limiting access to apps, the OnePlus One has nothing.

You can get much of the battery-saving effect by switching off mobile data, but having the option to have it automatically switch off would be nice.

The OnePlus One’s speakers look an awful lot like those of the Nexus 5 from the outside. There are two little sets of dotty grilles cut into the bottom edge of the phone.

However, where the Nexus 5 actually just had a mono speaker that fed out of these two outputs, the OnePlus has two separate drivers, each with its own grille. While two speakers aren’t necessarily better than one, the dual driver array does help to give the One very strong top volume. The OnePlus One can go louder than the Galaxy S5. 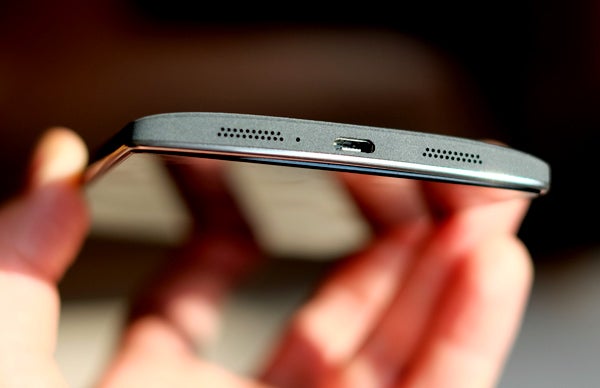 You don’t really get any sense of stereo, though. As the speaker are about 5cm apart and fire in the same direction, you might as well consider this a particularly loud mono speaker.

The tone of the speaker isn’t as good as the BoomSound speakers of the HTC One M8, either. Without a speaker enclosure in which the sound can amplify itself a bit, output is a bit thin-sounding, and at higher volumes we did notice some mid-range distortion. But hey, it’s powerful.

You can tweak the speakers output, though, using the AudioFX app. This offers a snazzy-looking 5-band equaliser that’s perfect for taking the hard edge off any misbehaving treble.

While the internal speaker of the OnePlus One is loud, the call speaker isn’t. It is quite clear, with good treble detailing without sounding too harsh.

However, top volume is disappointing. This has apparently been flagged by the makers of CyanogenMod as a software issue, but until the software update that fixes it arrives, we can’t really tell whether the hardware also has a part to play. I would wager that a software tweak could bump up the volume a good deal – there’s no audible sign of the speaker unit itself being in any way strained.

As is now standard in most phones, there’s a secondary microphone on the back to provide noise cancellation during calls. But the volume issue needs to be fixed before we can really call it a remote success for calls. 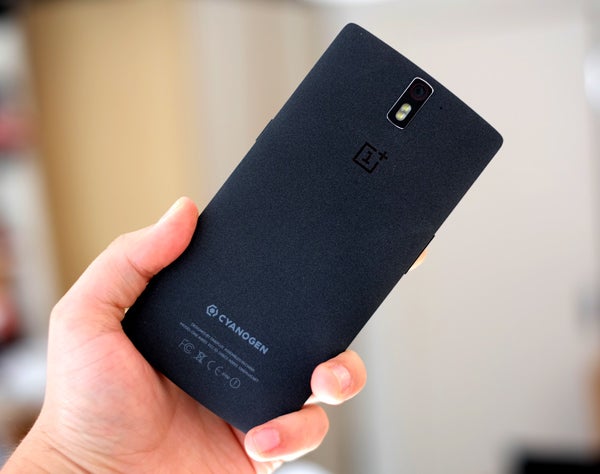 Should I Buy the OnePlus One?

The OnePlus One is a curious phone to appraise. To poke holes in it, for the most part you need to compare it to phones that cost twice the price.

It really can compete with £500 phones like the Samsung Galaxy S5, the HTC One M8 and Sony Xperia Z2. And when it has also managed to create its own design identity to boot, you can only conclude that OnePlus has done a very good job.

There are pitfalls, though. 4G support in the UK is extremely patchy, much like the iPhone 5, and as a young company without a UK base of operations, buying from OnePlus is something of a leap of faith. Who even knows if the company will be around in a year or 18 months?

If you’re bold and are out for as much phone as you can get, though, the OnePlus One offers standard-setting Morotola Moto G levels of value that we won’t see from the bigger names. Quite simply, it wouldn’t be feasible for Samsung to make this phone this cheap.

The OnePlus One is not a perfect phone, but it competes with phones twice the price without serious caveats beyond limited 4G support. And for that reason, it’s one of 2014’s best phones.

Next, see how the OnePlus compares to the best Android phones