It’s hard to argue with the OnePlus Nord’s value proposition and this once again begs the questions of why you’d pay more for a phone anymore. This could easily be a five-star device if it had a true standout feature, but it’s still easy to recommend as one of the best cheap phones around.

The OnePlus Nord is the brand’s cheapest phone currently available and it manages to hit that low price without skimping on features.

OnePlus hyped its return to making more affordable smartphones in the same way it does for its flagship. A constant slew of pre-release YouTube hands on, drip-feeding of details and well-produced videos were available even before we knew exactly what was going on with this £379 device.

After using the Nord for an extended period it’s clear that, hype aside, this is a strong phone that comfortably achieves what most people want from a handset. It might not be available in North America (yet), have the stunning camera of the Google Pixel 4a or the sub-£300 price of the Moto G 5G Plus, but this is still easily one of the best affordable phones you can buy.

Screen and Design – There are cutbacks, but the OnePlus still looks great

What OnePlus has managed to do with the Nord is make a ‘cheap’ phone that doesn’t have any obvious setbacks. Yes, you do miss luxuries like an IP rating, Qi charging and high-end materials, but after using the Nord I don’t find myself missing them.

The build, for example, is largely plastic, rather than metal, and I first thought this would make it feel cheap. But it doesn’t; this is a comfortable phone to grip thanks to ergonomically curved sides and you’ve still got a glass back. The plastic sides even look like metal, and I doubt many would notice the difference if they didn’t know.

OnePlus hasn’t made any drastic changes to the size of the phone and while it’s slightly smaller than the OnePlus 8, it’s still a fairly big phone. 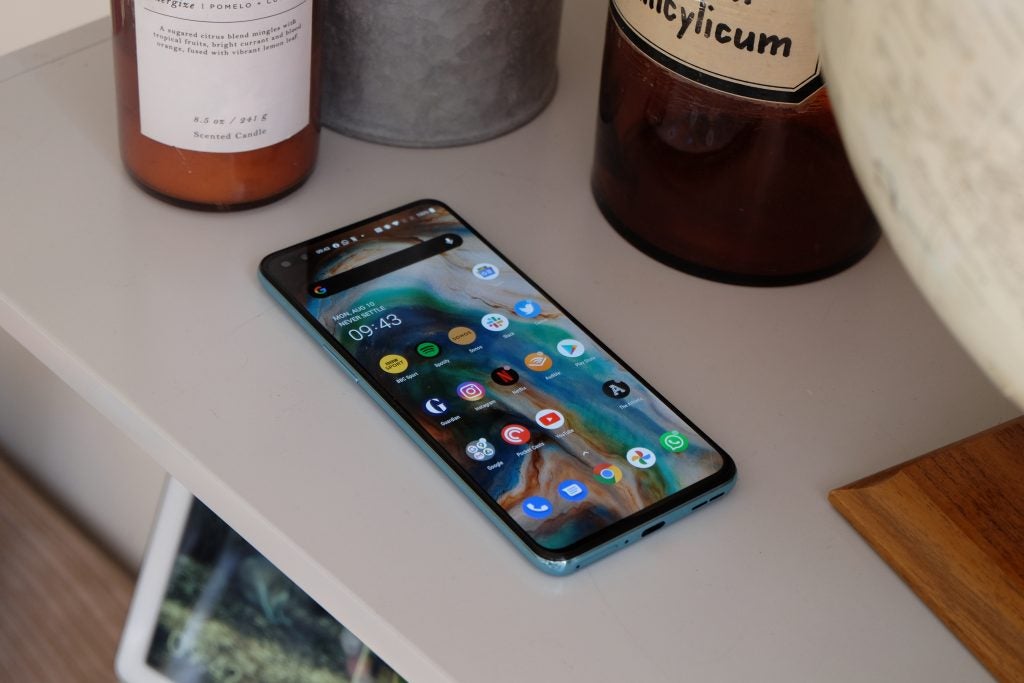 Along one side you have got the super-useful alert slider for quickly switching to silent and a power key, while the other side has a slightly mushy volume rocker. There are a USB-C port and a single pretty poor mono speaker on the bottom and nothing more than a mic on top. The reintroduction of the headphone port is something still mostly expected at this price, and it would have been nice to have it here.

While there is no actual IP rating, OnePlus has kept the seals protecting the SIM slot so you should be ok if you accidentally drop the phone in the bath – something I definitely did not do.

The front is covered by a flat 6.44-inch display with an oblong cutout for the dual selfie cameras. This is among the best displays you’ll find at this price thanks to the quality OLED panel, decent peak brightness and sharp FHD+ resolution. It can also playback HDR video, however the effect isn’t very successful. That’s fine though and really you’ll only see worthy mobile HDR on brighter screens than this.

OnePlus has a lot of nice screen customisation options too and I tend to always switch to the P3 colour gamut to get a more cinematic colour space. You can choose a more vivid option if that’s more to your taste, or tweak it to be warmer or cooler. 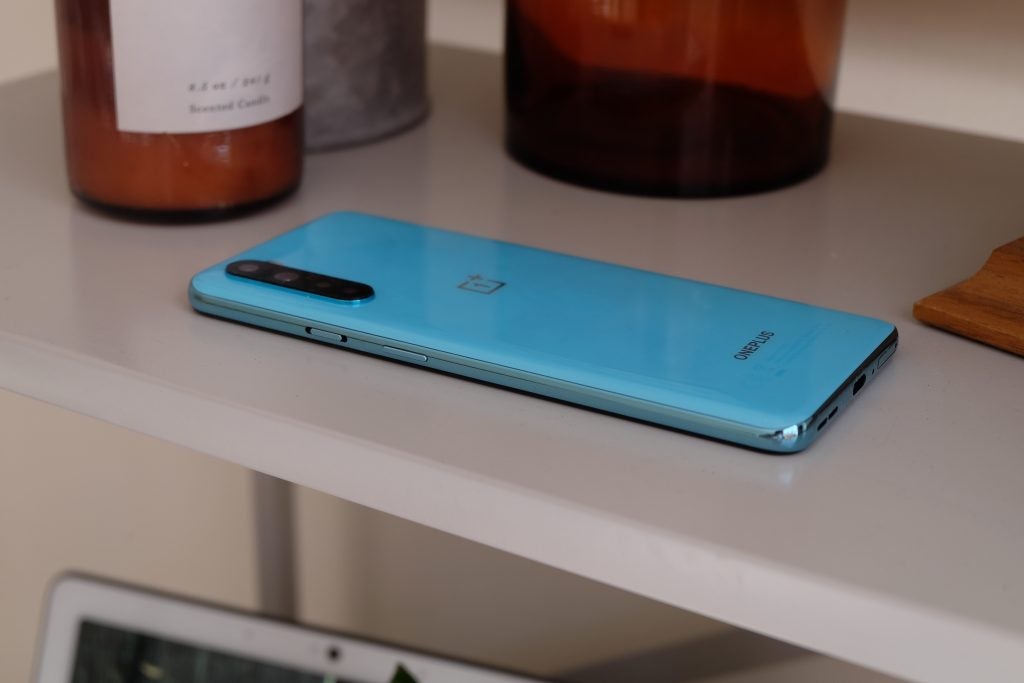 Like the OnePlus 8, the screen here refreshes at 90hz giving it a far smoother look when scrolling compared to a 60Hz phone – the Pixel 4a, for example. There’s also a fairly quick and accurate in-display fingerprint scanner for secure unlocking.

My one big issue with the display is that, if you remove the bundled screen protector, it marks far too easily. I’d invest in a proper screen protector if you buy the Nord.

One of my biggest takeaways so far with phones in 2020 is that a truly ‘flagship’ chipset probably isn’t that important anymore. Inside the OnePlus Nord you’ll find the Snapdragon 765G, a chipset that powers a whole range of phones ranging in price from £300 to £700.

This might not have the benchmark scores of an 865, however nothing I have tried seems to slow this phone down. Bouts of PUBG, Call of Duty Mobile and taxing games play without a hitch or dropped frame rate and everything feels smooth and fluid when you’re doing daily tasks. The 90hz display certainly does help in this regard.

The snappy multitasking is likely helped a lot by the sizeable amounts of RAM, which in the UK is either 8GB or 12GB. In India there’s also a 6GB option too. Storage isn’t skimped on either, with 128GB and 256GB flavours.

Another benefit of the Snapdragon 765G chipset is the 5G support, at least in its sub-6 variety (the only current standard used in the UK). If you’re on a 5G contract and in a 5G area then you’ll get faster speeds here than you would on 4G. 5G isn’t a deal-breaker for a phone yet, but it’s great to have and really does future-proof the Nord.

Sometimes it’s the little things that aren’t quite as good on cheaper phones, and that’s obvious here. The vibration motor is poor and I often struggled to feel it vibrating in my pocket while the speaker is easily blocked. Call quality is perfectly adequate, though. 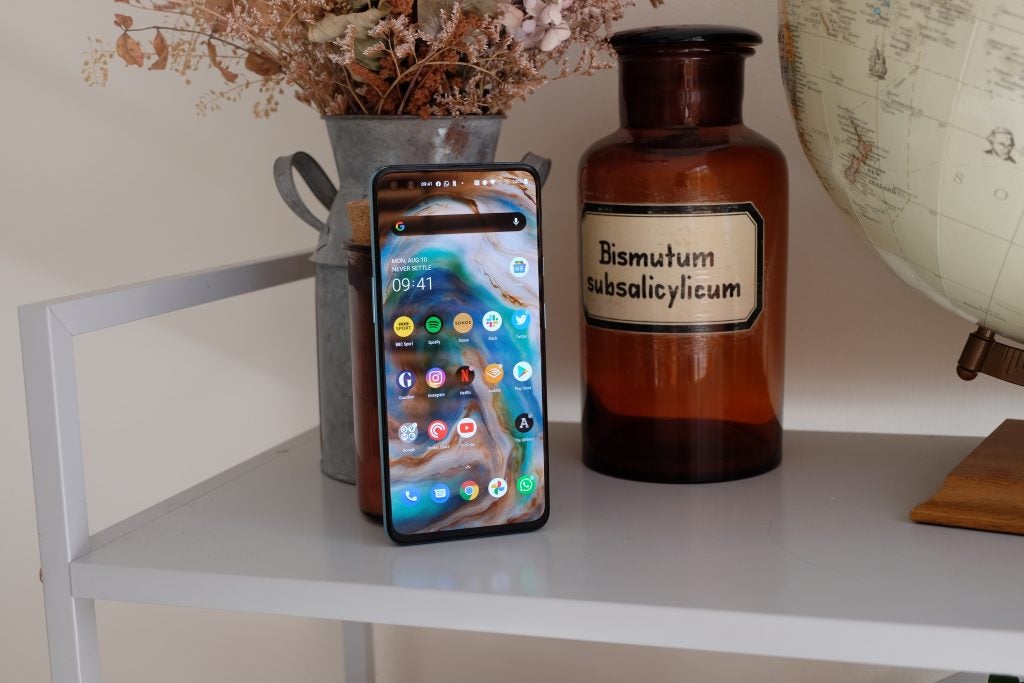 The software here is great

Software – OxygenOS is a winner of an Android interface

It’s great to see OnePlus promising multi-years of updates for Nord, something you’re never guaranteed to get with cheaper phones – unless you go for the Pixel 4a. I’m less enamoured with the backend Facebook framework that seems to be pre-installed on the Nord.

That aside, the Oxygen OS that is laid over the top of Android 10 is great. Lots of customisations (accent colours, gestures) and a heavy reliance on Google’s own apps and services. OnePlus has removed its Shelf screen, replacing it with Google’s home screen view. If you’re a fan of the Shelf you can add it back, with a swipe down from the home screen.

Classic OnePlus features are still here, so you’re not losing much by not spending big on the 8 Pro. The excellent reading mode turns everything greyscale and is so good when reading on the Kindle app, while Zen mode forces you put the phone down.

This remains one of my favourite versions of Android.

While the battery life on OnePlus Nord isn’t world-beating or on par with the Moto G 5G Plus, the super-quick Warp Charge 30T gives you a full charge in little over an hour. Even if you forget to charge it overnight, a quick top-up while you’re having a shower will get you comfortably through the next few hours.

Four hours of screen on time has been my average throughout my time with the OnePlus Nord and its 4115mAh cell, which should lead to comfortably day-long endurance for most users. An hour of Netflix ate through 10% which is a fair result. 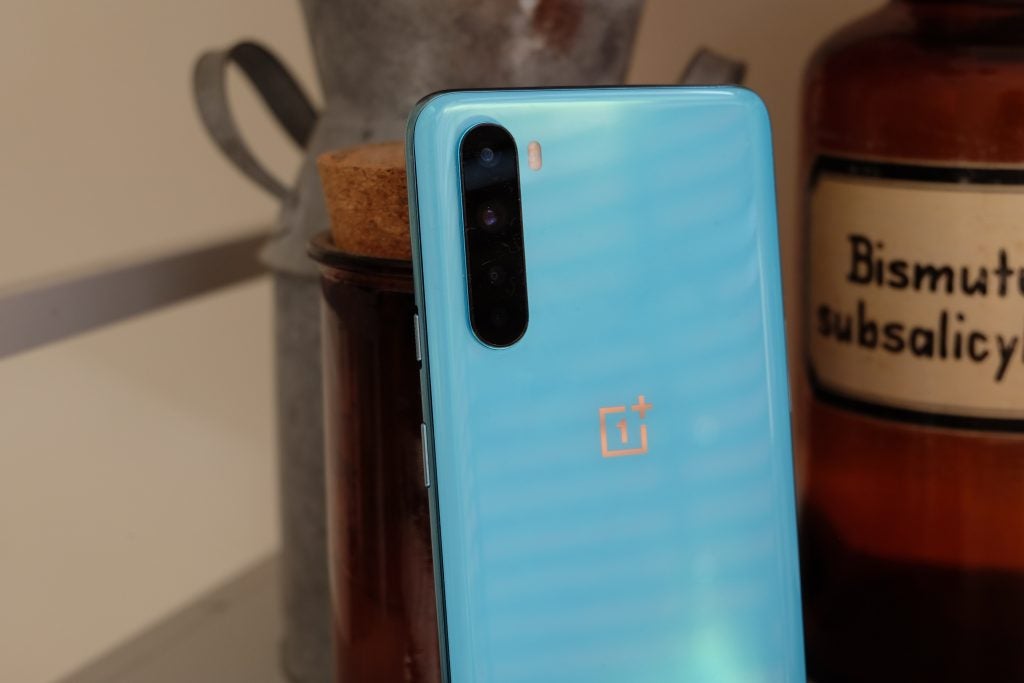 Camera – There are a lot of cameras on the Nord, but are they good?

It might pluck the same main sensor from the OnePlus 8, but considering that was a pretty poor smartphone shooter my hopes weren’t high for the OnePlus Nord’s camera. Thankfully my expectations are lower at this price and the Nord does take good pictures, with nice colours and plenty of sharpness.

Snaps from the main 48-megapixel f/1.8 OIS-enabled camera are pleasing on the eye and if the conditions aren’t too harsh you wouldn’t be surprised if they came from a pricier phone. Introduce some tougher elements and the HDR functionality struggles to cope, this is especially noticeable if you’re shooting on searingly sunny days where the exposure levels are all off. 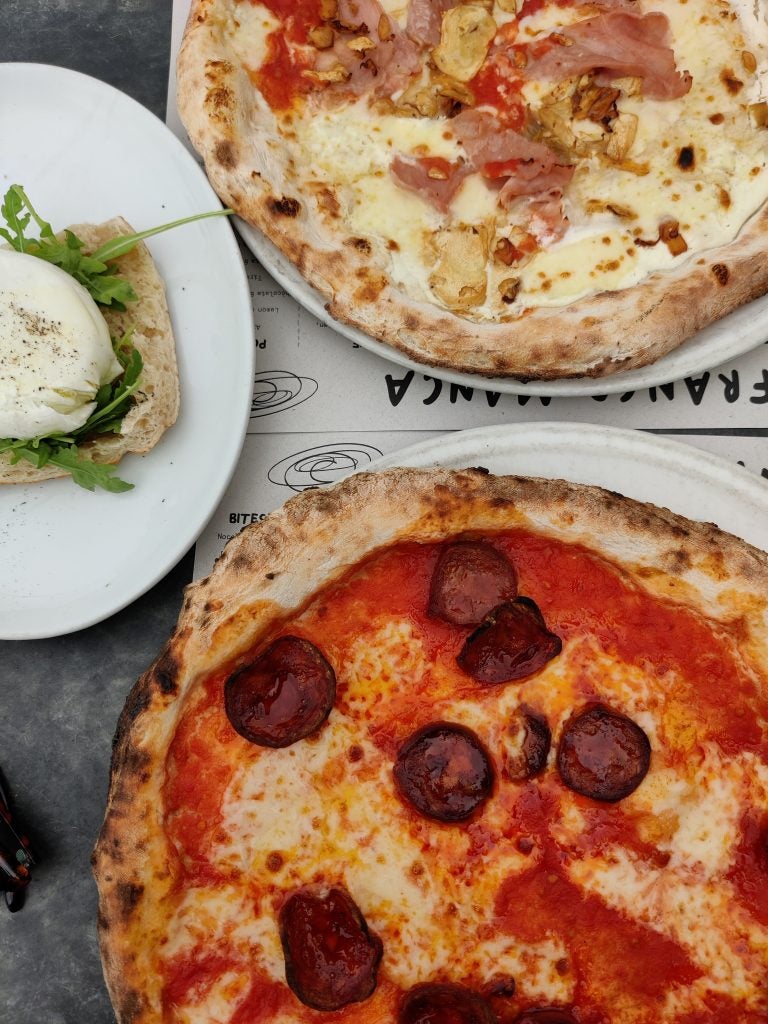 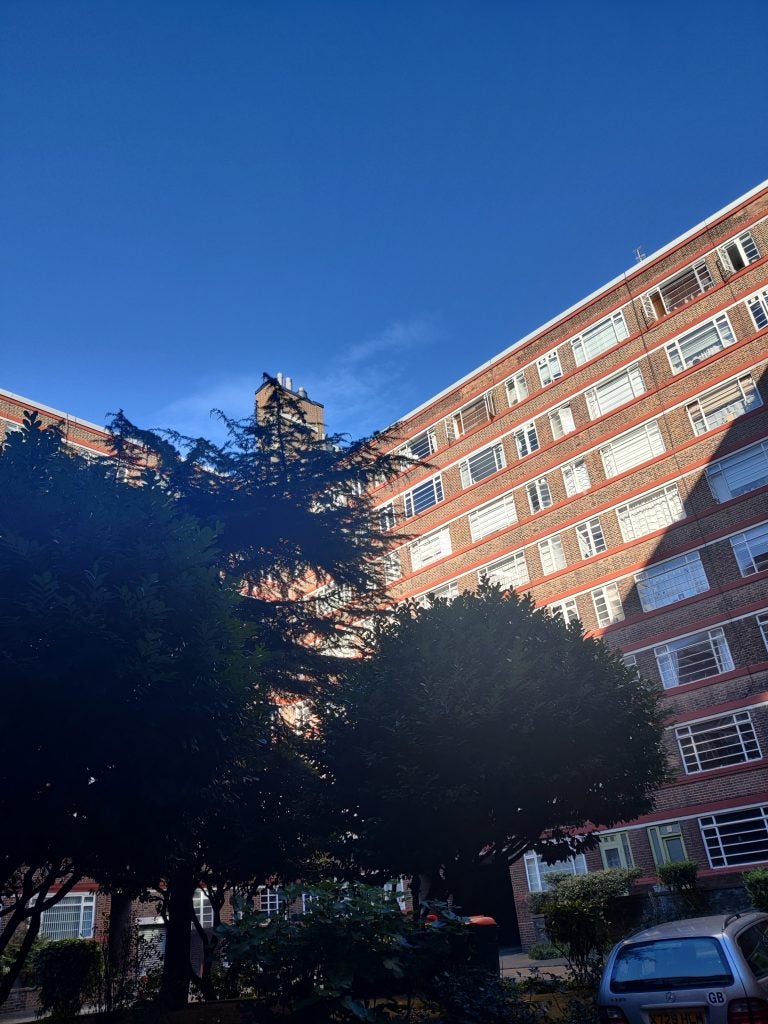 Though not all shots, especially those in tougher situations, look good

It’s also unlucky for OnePlus that the Nord came out very close to the Pixel 4a, which beats it so very obviously in just about every area. While the Pixel 4a handles tough situations with ease, the Nord falls behind. Of course, the Pixel 4a is the outlier at this price and the Nord competes far better with the other choices.

There’s a night mode that brightens up dark shots to a point where they’re usable and the camera app is simple to use and packed with nice-to-have features like a pro mode and Google Lens integration. 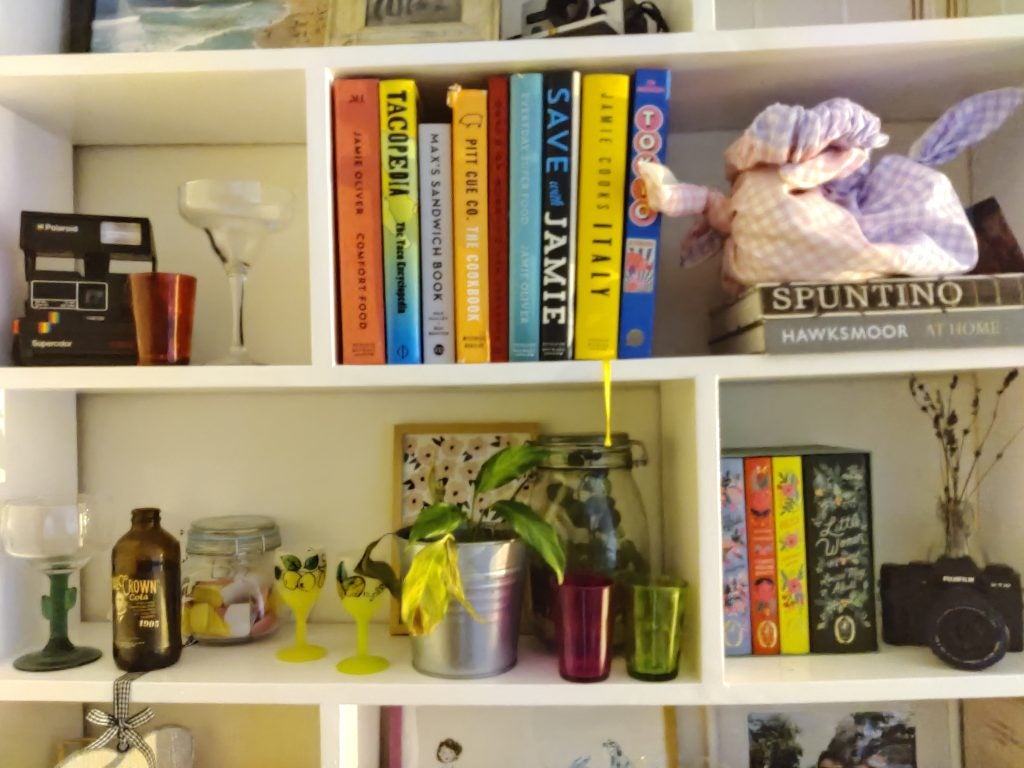 The other three cameras feel like they are there so OnePlus can call this quad-camera phone, as none of them produces much of note. The 8-megapixel ultra wide is the best of the bunch, with its wider focal view letting you cram more in. Results are a bit soft, even if the colours are still nice.

The 2MP macro and 5MP depth sensors are useless and if ditching them could have allowed for something like wireless charging or even a mildly better speaker then it would have been worth it.

There’s another two cameras on the front: a 32MP main and 8MP ultra wide. Having a wider selfie camera is great, letting you get more people without stretching for arm further away.

Should you buy the OnePlus Nord?

It’s hard to argue with the OnePlus Nord’s value proposition and this once again begs the question of why you’d pay more for a phone anymore. This could easily be a five-star device if it had a true standout feature, but it’s still easy to recommend as one of the best cheap phones around.

If you want a better camera, go with the Pixel 4a, and if you want multi-day battery life then opt for the Moto G 5G Plus; for everything else though, the Nord is a very strong choice.