What are the OnePlus Bullets Wireless 2?

The OnePlus Bullets Wireless 2 are an update to the original Bullets Wireless. They’re mid-priced earphones with some superb techy features. They also sport one of the best designs you’ll find at the price for use whilst running.

Also on offer is even faster charging, a new earpiece style and an eye-catching triple driver array.

The original Bullets Wireless had a single dynamic driver. These have two balanced armatures by Knowles and a dynamic driver – for deep bass – in each ear.

The OnePlus Bullets Wireless 2 don’t quite provide the world-class sound you might expect from a triple-driver earphone – but at the price they’re well above average. 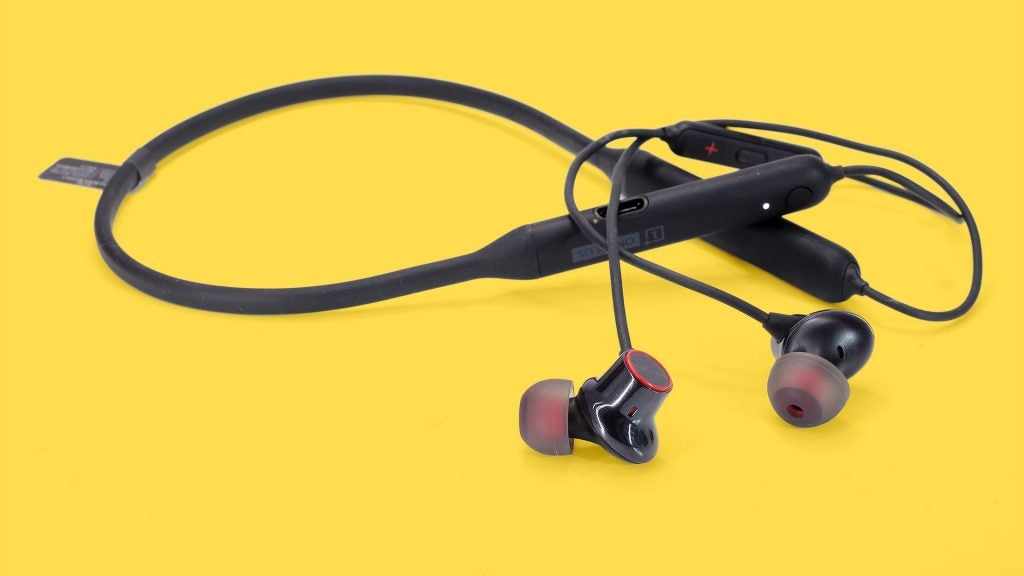 The neckband design was the single aspect of the original Bullets Wireless I liked most, and it’s the same this time around.

Go out for a run with some wireless earphones and most will make an escape attempt, or start knocking against your face like a two-year-old begging for attention. The OnePlus Bullets Wireless 2 do none of this.

The neckband here doesn’t bounce around, and neither does the in-line remote. They feel very like the originals, but better. OnePlus has eliminated the ear hooks of the original, but stability remains excellent. Like last time, these earphones don’t have official IP-rated water-resistance but will happily cope with a little sweat.

There have been some changes, however. The last OnePlus Bullets had aluminium earpiece covers; the OnePlus Bullets Wireless 2 use semi-gloss finished steel, which is an unusual choice. 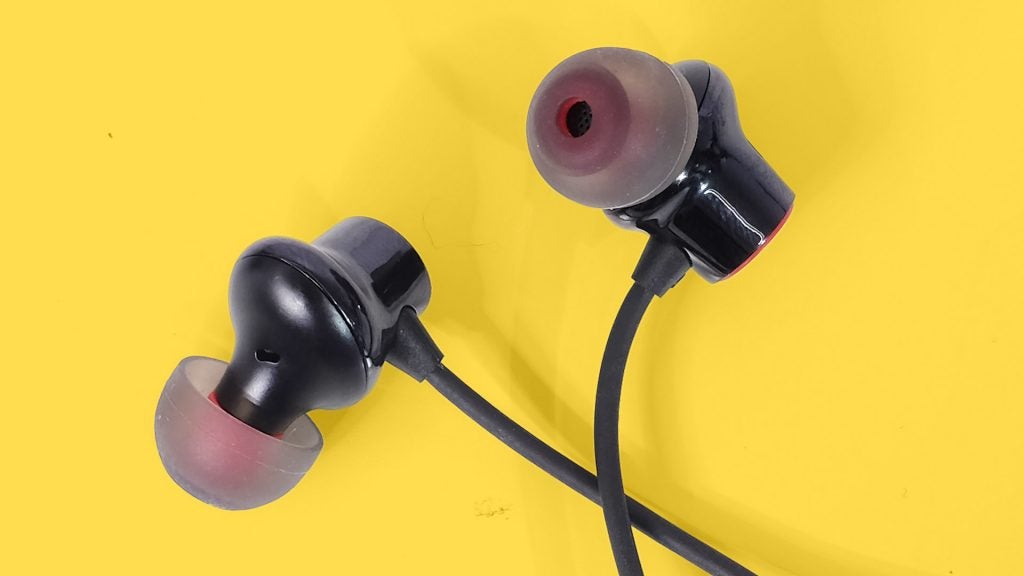 Steel is harder and more dense than aluminium but heavier, too, which is the reason you won’t often see it used in portable consumer electronics. The weight difference isn’t obvious here unless pointed out to you.

Treading on a well-designed aluminium earphone won’t collapse it, which leads me to believe that the use of steel in the Bullets Wireless 2 is simply OnePlus showing off. The aperture remains plastic, after all.

Elsewhere, things are as before. The earpieces feature magnetised backplates, allowing you to clip them together when they’re hanging around your neck. The silicone tips are of better-than-average quality, and while the back of each earpiece looks like aluminium spun into concentric circles, the outer-most part is actually a little disc of glass. 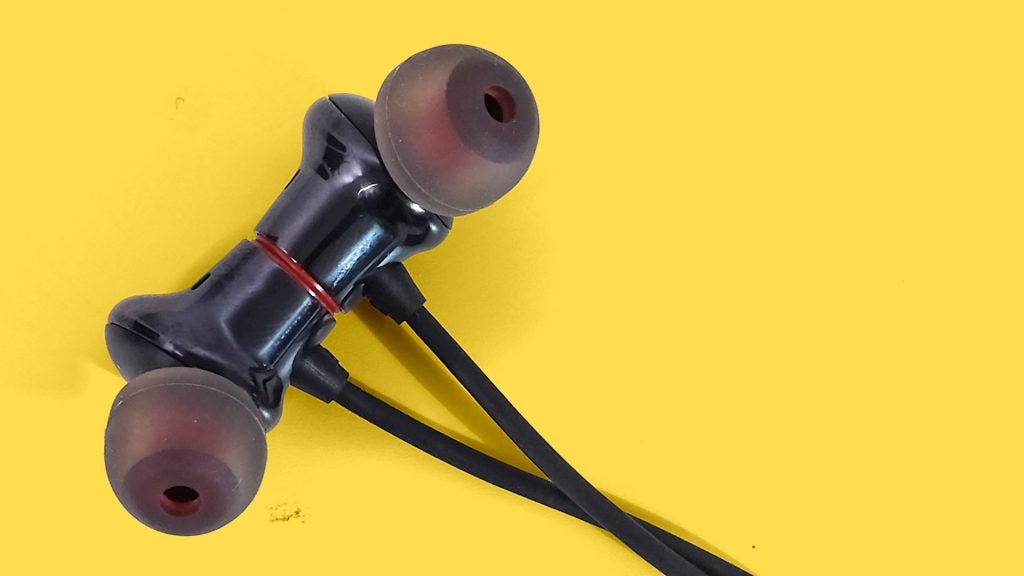 OnePlus is a big believer in using magnetised earpieces in place of a power button. Clip them together, and the earphones turn off. Separate them and they turn back on.

However, you’ve no choice but to use this mechanic; I’d rather a conventional power button, but I may be in the minority here.

There’s also a button on the neckband, of which a quick double-tap switches between your two last-paired devices. This is a new feature for the Bullets Wireless 2 that’s handy if you want to use these earphones with a phone and laptop.

They have an entirely conventional three-button remote – simple controls are good controls. 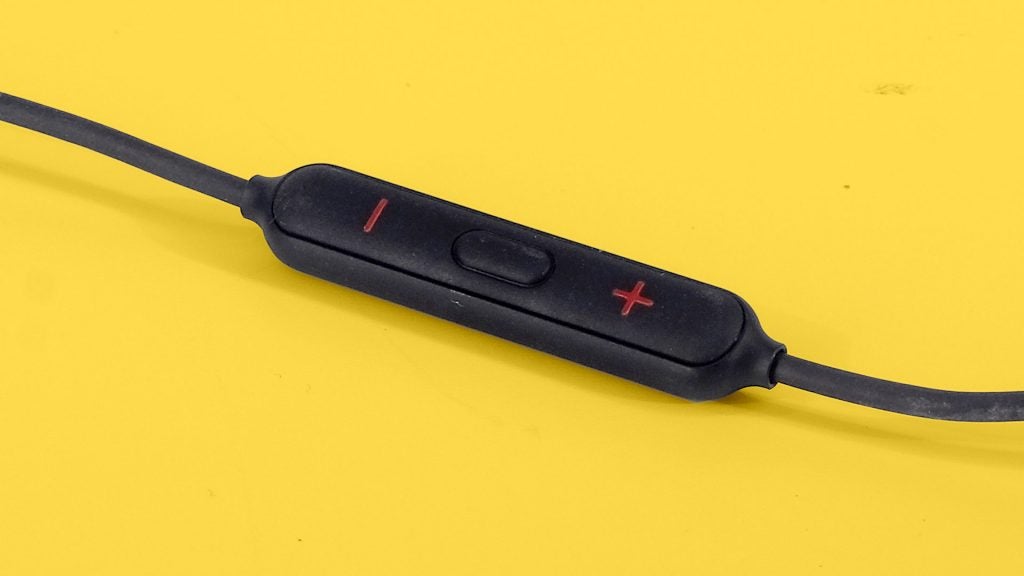 There are a few advanced features, which you’d expect from a company such as OnePlus. You get most of the way to a full charge in 10 minutes using a USB-C cable, which is bafflingly quick.

The OnePlus Bullets Wireless 2 don’t give you a voice prompt of the battery level, but you can see this to the nearest 20% ion an Android phone.

Battery life of 14 hours is sound, although nowhere near the cheaper SoundMagic E11BT, which manage to last 30-plus hours. 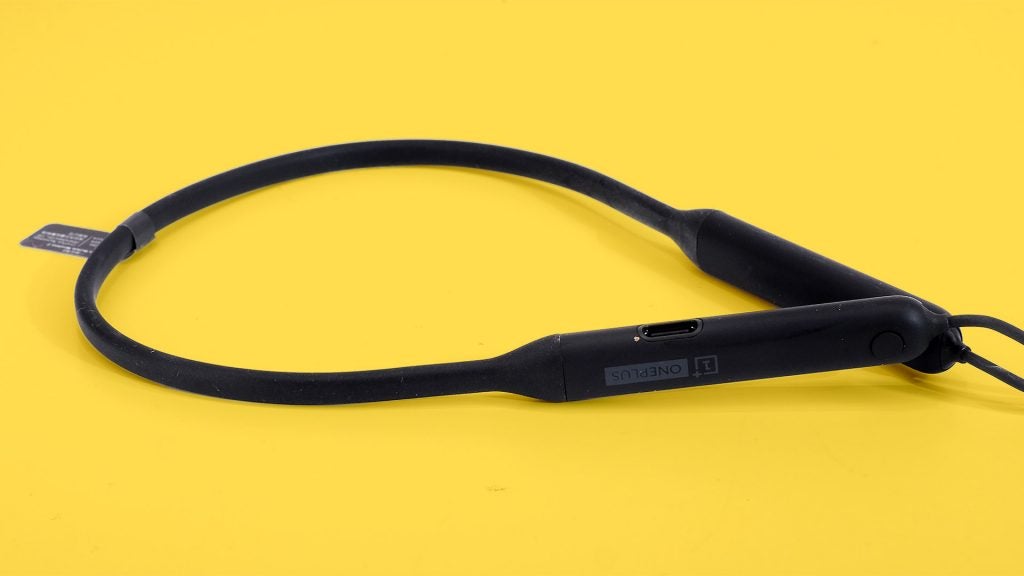 The OnePlus Bullets Wireless 2 feature Bluetooth 5.0 with, in my experience, flawless reception. And they have aptX HD, which you can think of as Bluetooth audio streaming with no obvious quality compromise.

Related: What is aptX HD Bluetooth?

The OnePlus Bullets Wireless 2 have an unusual driver array for a sub-£100 pair of earphones. A dual-driver Knowles balance armature housing and a 10mm dynamic driver sits in each earpiece.

Years ago, you’d be lucky to get a single balanced armature earphone for under £100. Today, a bunch of Chinese brands make low-cost BA earphones, and it’s all thanks to Knowles. It makes incredibly high-end balanced armature drivers, and lower-end sets of the type used here. 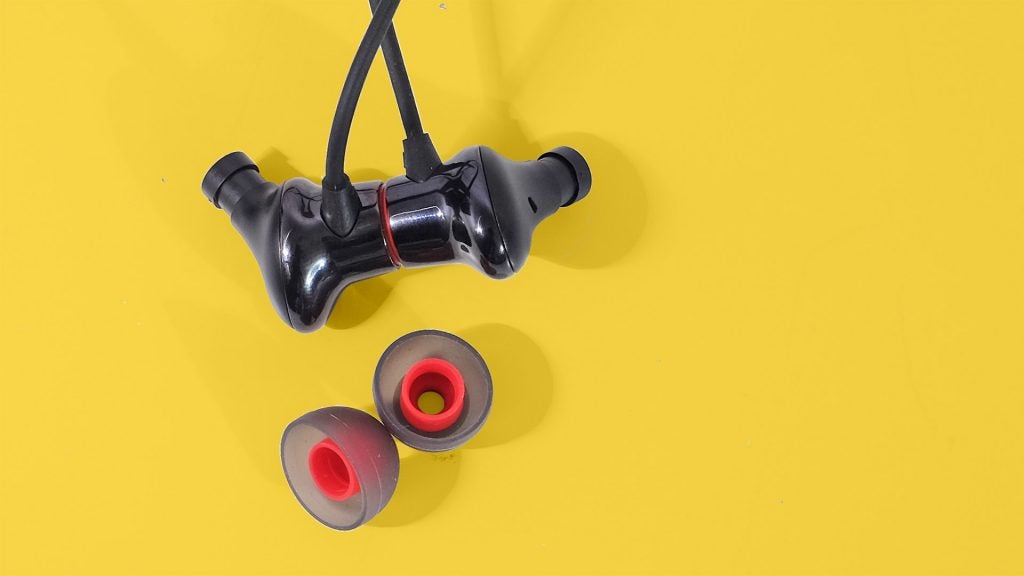 These are good-sounding earphones, offering a significant upgrade over the original Bullets Wireless. However, there’s only one truly notable sonic characteristic.

The OnePlus Bullets Wireless 2 have clean and clear upper-mid and lower-treble detail which is the sound of a balanced armature. They tend to offer high fidelity sound but struggle to represent a wide band of frequencies.

Handling of hard “ess” sounds is much better than the first-gen Bullets Wireless, and lower bass frequencies have slightly greater impact and punch too. This is an all-round higher-fidelity earphone. 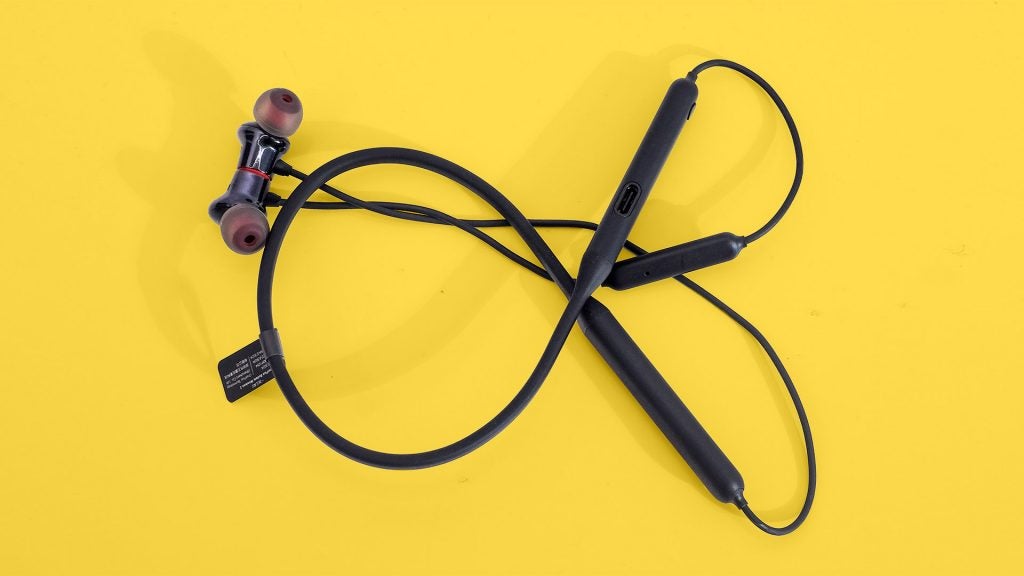 The OnePlus Bullets Wireless 2 also avoid the worst issues of some of the other affordable multi-driver earphones I’ve heard in the past year. Cheaper pairs can sound as if the different drivers are at war with one another. The result is a mess. These earphones aren’t a mess.

However, they lack much of the mid-range richness and texture heard in the SoundMagic E11BT and Sennheiser’s Momentum Free.

Feed a great pair of headphones Jarvis Cocker’s “Tearjerker” and you can hear the dark texture of his baritone voice with every word. The vocal line is led almost entirely by the upper mids when played through the OnePlus Bullets Wireless 2. As such, these earphones aren’t quite as engaging as those with less ambitious-sounding driver arrays, even if the detail is superior in other areas. 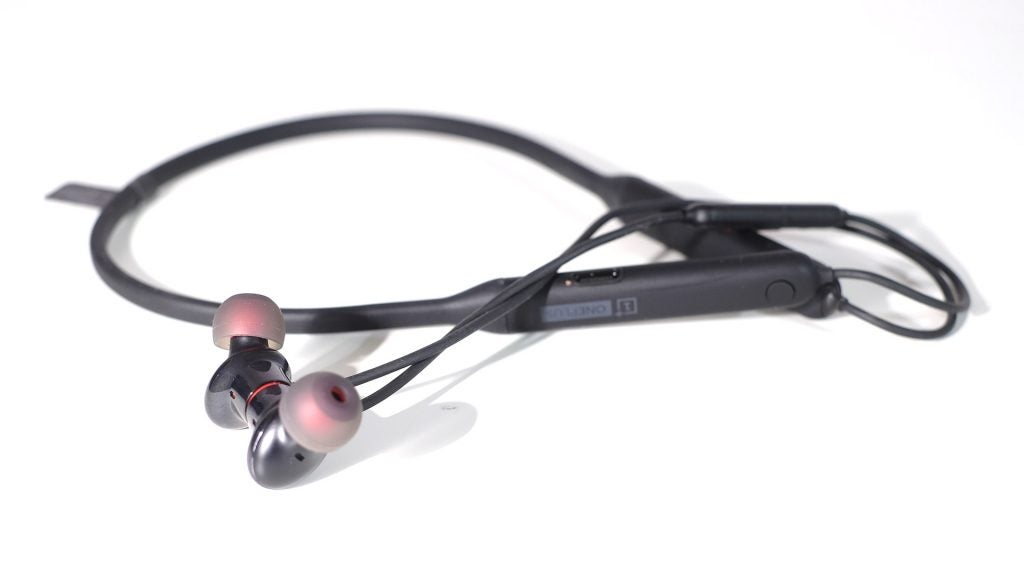 Why buy the OnePlus Bullets Wireless 2?

The OnePlus Bullets Wireless 2 are a more-or-less linear improvement of the original Bullets Wireless. They cost more; they sound better; plus the hardware design is excellent in most respects.

Inconsistent texture and weight through the mids stops them from approaching a “best-in-class” plaudit, though.