Launched alongside the OnePlus Nord 2, the OnePlus Buds Pro are the brand’s first attempt at a higher-end pair of true wireless earbuds.

While still cheaper than much of the competition, the Buds Pro are a feature-rich set of ANC buds that pair nicely with the OnePlus series of phones.

OnePlus has certainly taken inspiration from Apple’s AirPods Pro for the Buds Pro’s design. Like Apple’s ANC-toting pair, there’s a prominent stem that nestles below your inner ear. This feels like a design trend that’s becoming far less common – Apple is even rumoured to be doing away with it on the next AirPods Pro version – but these remain good looking buds.

The stem allows for more design flourish too, with the lower portion a contrasting glossy finish to the matte top. At least that’s the case for my black review pair – there’s a glossier white version available too. The black colourway is great and helps these buds feel a lot more discreet than Apple’s version.

When not in use, the Buds Pro sit in a diminutive charging case. The case, like the buds, is matte in finish and has the feel of a smooth pebble. It’s very light at 52g, almost to the point where I feel a particularly vicious open could tear the top off completely. Slip these into your pocket and you’ll barely notice they are there.

Unlike most other pairs of true wireless I have used, the buds sit flat in the case. This makes them a little trickier to pull out, especially if you’re on the move. The magnets that keep the buds in place are strong and overall it’s a well thought out case. On the outside there’s an LED indicator that lets you know when the buds are charging and a USB-C port on the back.

I wear a lot of earbuds and find the majority of them are comfortable enough to wear for a few hours at a time during the day. Though I am prone to achy ears if I wear them for too long – especially with the very plastic AirPods. However, the OnePlus Buds Pro stand out as being one of the most comfortable pairs of buds I have ever worn – likely due to the way the weight is distributed with the stem design. I can wear them for hours without any sort of pain or ache and they’re barely noticeable in my ears.

The fit is fine too, with a few strong shakes of my head seeing no movement from the buds. However, the seal can sometimes come a little loose.

I’ve worn these for a few runs and a few sessions in the gym and they’ve stayed in well the whole time. Handily, the buds are IP55 rated for sweat resistance while the case should be fine with getting a little wet from the rain thanks to its IPX4 rating. Having some added water protection on the case is surprisingly rare and really nice to see.

If you have a recent OnePlus phone the list grows even more with quick pairing, Dolby Atmos and a Pro Gaming Mode that reduces latency.

I do often get annoyed when brand’s use their own tech for pairing wireless buds, and it’s a shame the quick pair feature is limited to just OnePlus devices. If you have a OnePlus phone, the buds will instantly be detected when you flip open the case. You’ll also easily be able to see battery stats without delving into the HeyMelody app.

For other Android phones and iPhones, the setup is the more traditional Bluetooth route. You’ll want to install that HeyMelody app too, as this is where you’ll see battery stats, customise the controls and tweak other settings.

When you’re wearing the buds you can interact with them through a number of squeezes on the stem. As with any pair of buds that use squeezes for interaction, it can be fiddly at times. One squeeze, for example, will switch off the ANC while another can skip tracks. It doesn’t work particularly well and I would much prefer if it used taps for controls.

The ANC is the big feature addition over previous OnePlus earbuds. It’s becoming more common to see this noise cancellation feature on buds priced in this £150/$150 range and you can get pairs like the Beats Studio Buds that do it very well.

OnePlus has taken a route similar to Apple with ANC, with the buds doing (or at least trying to do) most of the work for you. Aside from turning it off completely or switching it between Max and Smart Modes, there’s little granular control. It’s a similar story with audio too, with no EQ available in the app.

For the most part, the ANC is very effective. It’s particularly strong at removing background office chatter completely and it even does a good job reducing the mindless thud of a tube train. It wasn’t quite as good as the Beats at removing the carriage rattle, however it’s certainly not far off.

Some of the tougher noises to drown out like a shrill drill from a work site or a busy road can still be heard, but I could still happily wander through town without much too much noise ruining the listening experience.

One particularly annoying issue I did run into was the ANC turning itself off and on at random points while I was walking. Everything would be fine, then suddenly all the outside noise would make its way in and then a few seconds later the ANC would kick back in. This seems to be down to the lack of a really tight seal and the over-ambitious auto-pause sensors.

I have found that battery life is about on par with OnePlus’ claims. If you’ve got ANC on, you’ll get just shy of five hours of continuous playback and then roughly another four charges from the case. I got an extra 90 minutes per charge if I turned the ANC off.

You get a short USB-A to USB-C cable in the box for charging and a 10 minute charge gave me enough juice for a day of listening. The case can charge wirelessly on a Qi pad or on the back of certain Android phones, like the OnePlus 9 Pro or Samsung Galaxy S21 Ultra, but this does take a lot longer. Still, wireless charging is usually a feature ditched at this price so it’s good to see it here.

I can’t say I was expecting much in terms of sound quality from these OnePlus Buds Pro. The Oppo sub-brand hasn’t been too successful with its audio products so far and with such a healthy feature set, it wouldn’t have been a surprise if sound quality had taken a backseat.

Thankfully, that’s not the case and I have been happy with the audio quality on offer here.

The sound is fairly bass-heavy and they do a good job at multiple genres with the 11mm drivers pumping out clear audio with plenty of presence.

Again, comparing the Buds Pro to the similarly-priced Beats Studio Buds, the pair from OnePlus has a much grander soundstage with a more encompassing and immersive sound. The quality is also not quite as dependant on a good fit, something that continues to annoy me about the Beats.

Bass is impressive for such a small pair of buds and they’re versatile too, with instrument-heavy songs sounding just as good as more synth-focussed pop. There’s a brightness and pop to Lorde’s Mood Ring that’s completely missing when listening on AirPods.

The constant crackle in Tricky’s Hell Is Round The Corner shows there’s good skill at picking at more intricate details too. Sometimes drum and guitar-focused songs can lose the vocals slightly when you’re listening at higher volumes – this is particularly noticeable in The Vaccine’s Dream Lover, which can sound a bit mushy.

You want a light pair of buds: These are really comfortable headphones that can be worn for extended periods without any aches.

You want greater control of the audio: The lack of control over the sound might put you off if you don’t like the default audio

The OnePlus Buds Pro are packed with features often missed at this price and are better in terms of audio than I was expecting. 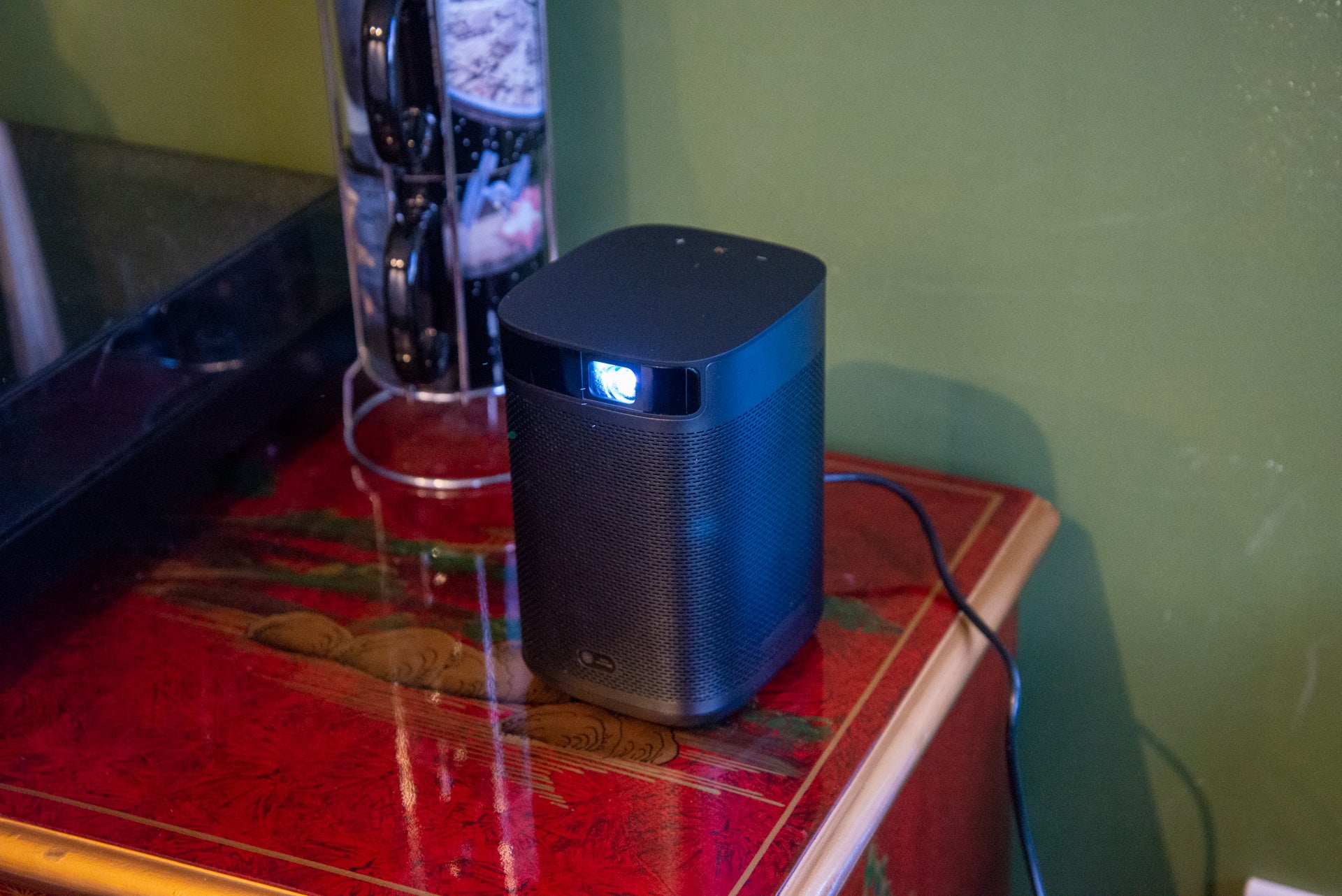 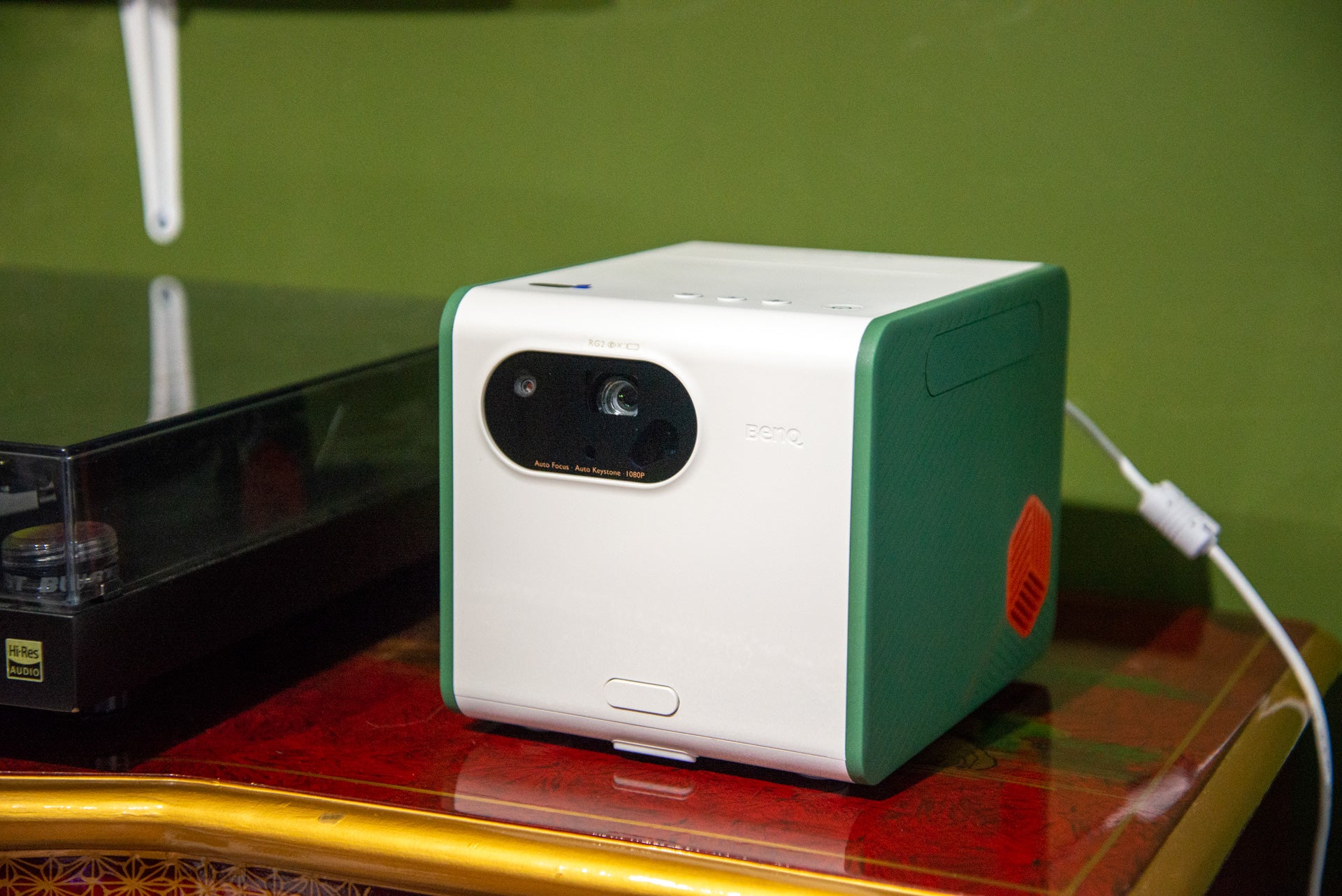 What Bluetooth version do they support?

There is Bluetooth 5.2 here

Do the OnePlus Buds Pro have wireless charging?

Do they work with an iPhone?

Yes, the MyMelody app is available on iOS and they work like any other Bluetooth headphones