Electricity is probably the most essential element of our lifestyle after running water; it’s the invisible force that powers all our devices and gadgets. There are only two problems: its generation is adding to the pollution of the planet, and its use is subtracting from the volume of our wallets.


The message being sent out at the moment is ‘reduce’. Energy saving light bulbs, intelligent dishwashers and efficient fridge-freezers are all helping the problem, but one of the big culprits is still leaving devices in standby. The problem is that the average AV or home cinema system alone can have so many components that you’re not really inclined to go and press all their off buttons, let alone unplug any of them from the wall. This is where OneClick’s Television IntelliPlug comes in. This modest device will switch off all your other AV gear when you turn off your TV.


Of course, plugs or socket boxes that power down secondary devices when you switch a master device off are hardly new – in fact, I’ve owned one since the early 1990s. Avid readers might even recall that we’ve already reviewed an IntelliPlug from OneClick before. So what’s different this time around? 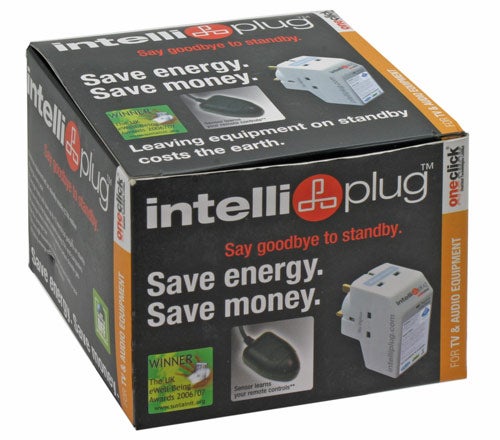 Well, as I mentioned, this one is aimed at the home theatre enthusiast and those with a lot of AV gear. The largest and most immediately obvious addition is a permanently attached remote sensor, which should be able to synchronise with your TV’s remote control. I’m pleased with the generous amount of cable the sensor comes with (over two metres), but though the plug itself feels quite solid and sturdy, the same can’t be said for the sensor box. The button on top feels incredibly loose, and while initially the base made a very solid impression (being a large chunk of metal with a large chunk of rubber underneath) I was less pleased when the entire base nearly came off at the slightest bit of pressure, only remaining attached by a single contact around which it now pivots loosely. 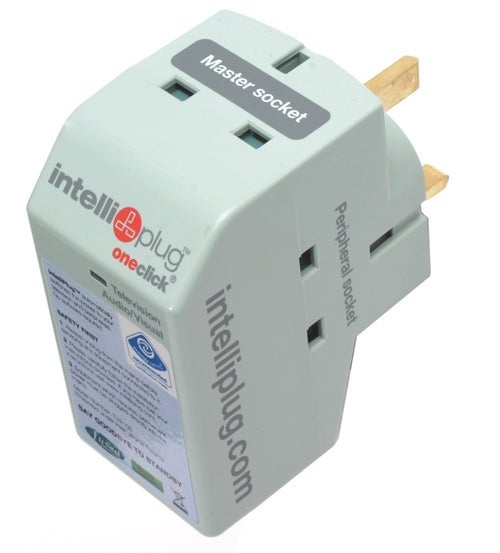 Of course, this is easily fixed with some glue or even Blu-Tack, and doesn’t seem to be indicative of poor build quality in the rest of the device. In terms of looks, meanwhile, the OneClick’s never going to win any awards, though that’s hardly an issue since it’s likely to be hidden behind a table/TV stand anyway. Unlike its predecessor that we tested before, this unit is coloured grey, which looks like OneClick was trying to find a happy medium between people’s often white walls and black TVs/AV-equipment.


The sensor and cable are sensibly black, and the former is shaped a little like a miniature mouse (it’s slightly bigger than a nine volt battery). Again, it’s not an attractive-looking unit, but at least it’s unobtrusive.


The main plug box has provision for three sockets. On top is the ‘master socket’, while the sides are marked ‘peripheral socket’ and ‘Sky Digibox’. The ‘master socket’ is, of course, for your television (or projector), the turning on or off of which controls the plug. ‘Peripheral’, meanwhile, can be pretty much anything from Blu-ray players, consoles, speakers or amplifiers to HDMI switchers – basically every device that can be totally turned off with your TV.

It’s probably not difficult to guess what the ‘Sky Digibox’ socket is meant to accommodate either. But more than blatant marketing for what is undoubtedly the most popular decoder box in the UK, this socket actually serves a special purpose. It will switch the Digibox (or potentially some other decoder) off together with the rest of the gear, but after thirty seconds it switches it back on into standby mode, allowing it to receive updates.


It’s unique features like this that make the IntelliPlugs just that bit more interesting and attractive than the competition. But the IntelliPlug TV (as I’ve decided to call it) has a few more tricks under its plain hood. For example, it puts things back into the power state they were in when switched off, meaning that if your Xbox 360 was humming away when you switched your TV off, it’ll be back to its audibly ‘on’ state when you switch the master device back on again. OneClick also employs a technology it calls Zero Crossing Detection, which supposedly reduces stress on devices when switching them on and off. 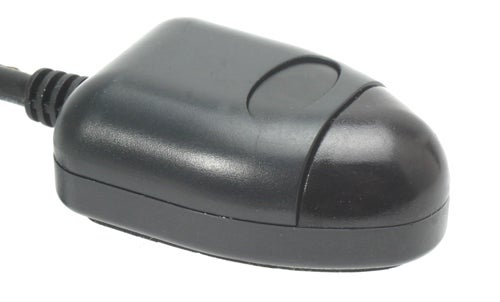 Of course, the remote sensor is the highlight of the whole experience, so it’s a good thing that it works and works well. Setup is really simple too: plug the OneClick into the wall, hook up the TV and other devices you don’t mind being turned off (obviously this does not include DVD or Video-recorders, Sky+ or other PVRs), and then follow the simple instructions in the manual to sync up the remote sensor to your television’s remote control. Just keep in mind that until you’ve completed this process, the IntelliPlug won’t work, which momentarily made me think it was broken. No worries if you lose your remote though, as the plug can be fully controlled using the sensor button.


Other things to keep in mind are that it might take a while for the OneClick to start up and shut down your gear (and don’t be alarmed by the sound it makes when doing this, a bit like a fuse blowing but quieter), so be patient instead of pressing the button like a lunatic as I initially did, and all should be well. Also, though the IntelliPlug TV/AV can be used with your computer, it is not suitable for use with a notebook (apparently the battery might confuse the OneClick Auto Calibration system). 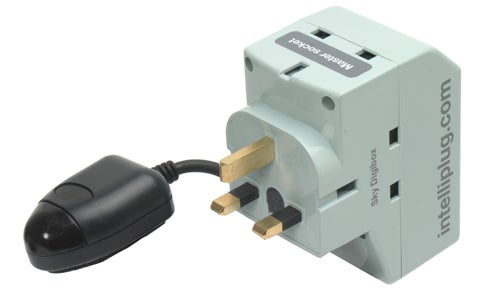 So when all is said and done, is the TV/AV IntelliPlug worth getting? Well, for a very reasonable £17 it pretty much does what it says on the tin, so that really depends on you and your setup. The larger the size of your television, and the more gear you have hooked up to it, the more electricity you’ll potentially waste, and the more reason there is to get OneClick’s little gizmo. But even if your AV setup is small-scale, it’s the pennies that make the pounds, and unless you do a lot of recording with your secondary device(s), it ”will” make a perceptible difference over time.


It’s not exactly pretty and doesn’t feature impeccable build-quality overall, but the OneClick TV/AV IntelliPlug does what it says on the box, potentially reducing the amount of electricity you waste and thereby helping both the planet (albeit ever so little) and your wallet. At a mere £17, this could pay for itself quicker than you might think.