The cliché of losing your remote down the back of the sofa may be over-used, but we’ve all had the frustration of not being able to find the TV remote while the opening chords of the X-Factor theme music burn your ear drums in the background.

Another issue, especially for the gadget fan, is the proliferation of remotes if you happen to have a lot of kit in one room. The answer, at least to this problem, is a universal remote. There are many on the market but the latest from One For All, called the Smart Control Motion, offers a unique selling point – the ability to control your devices with the flick of a wrist.

That’s right, following in the steps of the Nintendo Wii and Microsoft Kinect, One For All has brought motion control to remote controls. How well does it carry this off? Well let’s find out.

The One For All Smart Control Motion is a rather attractive-looking remote control with 41 buttons of various shapes, sizes and colours spaced nicely on the front – and all of which are backlit. However the remote is ever-so-slightly too large for our liking, and felt a bit unbalanced in our hand while we moved from the bottom to the top when trying to access different buttons. Then again, maybe we just have small hands

The layout is centred around a large circular panel with the ubiquitous OK button situated in the centre. Volume and channel up/down buttons, along with mute and back, reside on either side of the circular panel. Below lie PVR buttons like Guide, Menu and Info along with the red, green, yellow and blue contextual buttons used on most PVRs. It even has a www button to launch connected TVs’ online services. The numeric keypad resides at the bottom of the remote. 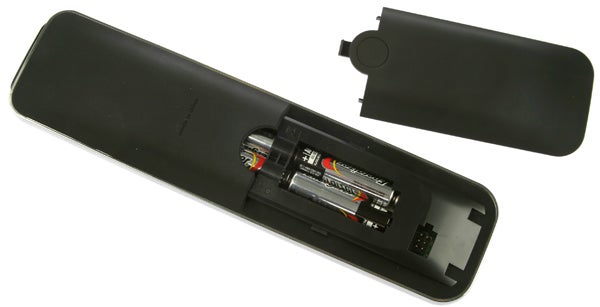 On the top half of the remote are the video playback controls including a record button, above which sit three macro buttons and two selection buttons for choosing which device you are controlling. Right at the top sit the power, aspect ratio button and the all-important “magic” button, which is used to program the remote.

Reminiscent of the metal band around the iPhone 4S‘s sides, the Smart Control Motion has a band encompassing its edges. The rear is finished in soft matte plastic with the whole bottom half being removed to reveal space for 4 x AAA batteries. 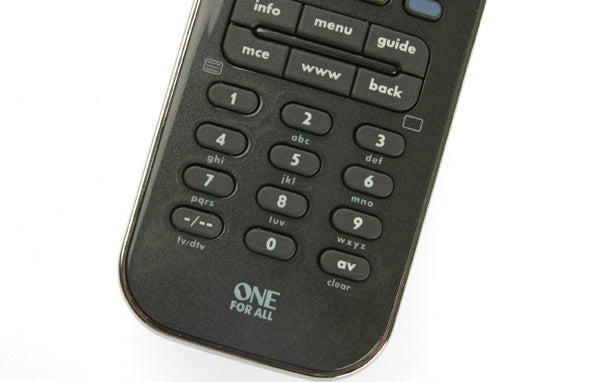 The overall size, as we said, was a little too big for our hands, with some buttons a little hard to reach unless you hold the remote in the middle, which wasn’t comfortable. However, overall it is a very nice-looking remote and one which won’t look out of place on your coffee table.

No matter how good-looking a universal remote is, if it doesn’t make your life easier in the long run, it’s a waste of space. We have to take into account that setting up a universal remote is not a job you look forward to, rather more akin to a visit to the dentist – something which you know has to be done, but is never a pleasant experience.

Some universal remotes, such as the Logitech Harmony range, require you to connect your remote to a PC to sync it with you devices. Not so with the Smart Control Motion. The remote can connect with six devices at once, which may not be as much as the high-end Logitech Harmony One but is better than the mid-range Logitech Harmony 650, which only lets you sync with five devices and costs almost twice as much.

The Smart Control Motion will let you connect to all major device types including HDTV, DVB-T (such as Freeview), IPTV, Blu-ray, iPod docks, Home Cinema, PS2, and Xbox 360.

Setting up a device was pretty straightforward. If you have a device from one of the major manufacturers the set-up process, called SimpleSet, is easy. Press and hold the Magic button for three seconds until all the lights flash twice. Then, using the left and right navigation keys, you choose which device type you are pairing with (TV, amp, set-top box etc.) and finally the corresponding number to the manufacturer – which you’ll find in the Quick Start manual.

The system worked very well for our Samsung TV, TiVo set top box and LG DVD player. If your device is not one of the brands listed, or if it doesn’t set-up using the SimpleSet method, you can also input a code for the device. One For All provides a rather exhaustive list of devices in a separate manual.

Of course, because all remote controls are different, some functions just don’t map perfectly to the universal remote – as was the case for our TiVo box. But fret not, as all you need to do is place the remotes facing each other and, having activated the learning mode on the One For All remote, proceed to map the functions you want to whichever corresponding button on the Smart Control remote. Again this worked very well and we found no difficulty in getting a number of remotes to ‘talk’ to each other. 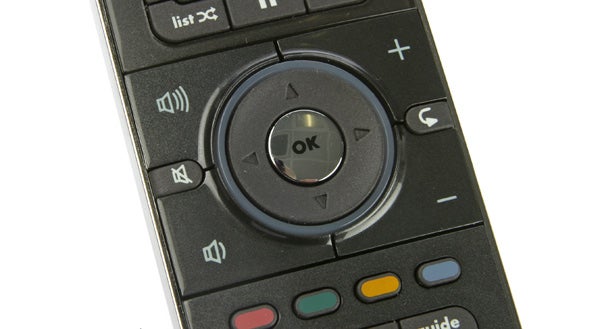 This system didn’t work very smoothly, however, and it took us quite a number of goes before we got it working. And even when we did, we found it difficult to see the point of having these macros set up, unless you are constantly using a series of confusing actions.

Finally we get onto the headline grabbing feature of this universal remote – the motion control. The remote will recognise six separate gestures. Moving it up and then quickly down again controls the play function on your DVD, Blu-ray or compatible set-top box, while the opposite gesture pauses whatever you’re watching. 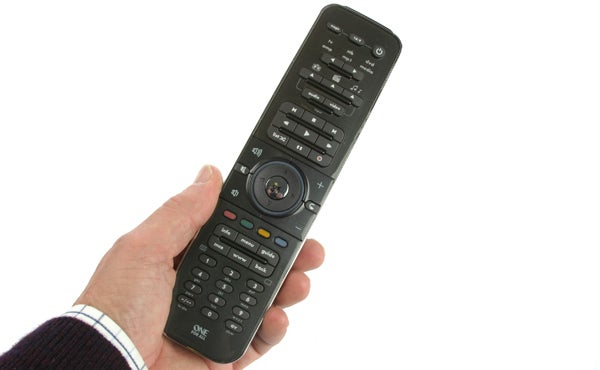 Of all these gestures, only the final two are of any real use. The channel changing and movie navigation gestures are both difficult to get right, requiring strangely precise movements and are also a lot more hassle than simply pressing the corresponding button.

In the end the motion control aspect of the remote is not a reason for purchasing the remote and is a gimmick rather than adding any functionality to the product.

Verdict
While the motion control feature is certainly more of a gimmick than a useful addition, the Smart Control Motion is an excellent universal remote control for the price. It will replace up to six of your remotes, set-up is fairly simple and while it might stuggle to connect to some older devices and the macro function isn’t perfect, its learning mode is excellent and you’ll be hard pressed to find a better universal remote for under £30.