The Olympus X-915 was introduced earlier in the year as an exclusive model for UK retailer Jessops. Although that means you be able to find it in its high-street stores and online site, if you’re a traveller to the UK you’ll also likely come across it at VAT free stores (non EU residents) in Heathrow and Gatwick. Headline features include 5x optical zoom, 12-megapixel resolution CCD with a sensor shift anti-shake system, an additional digital image stabilisation option, and a 2.7in Hypercrystal (230k dot) LCD screen. 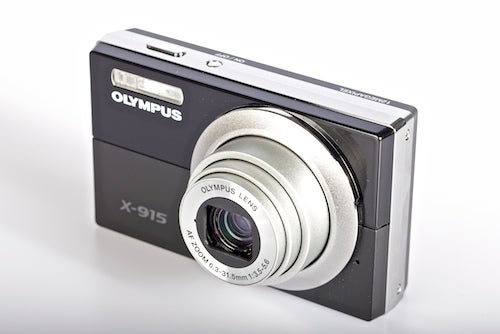 Olympus has also conceded the fact that the xD Picture Card isn’t as popular as the rival SD format, though the company hasn’t capitulated totally, as the X-915 takes either xD or Micro SD cards. That’s fine if you use Micro SD already, and have a bunch for a mobile phone perhaps, but I would have preferred to have seen the switch to dual xD/SD, like models from rival manufacturer Fuji. When it comes to buying SD or SDHC cards there’s no shortage of choice. 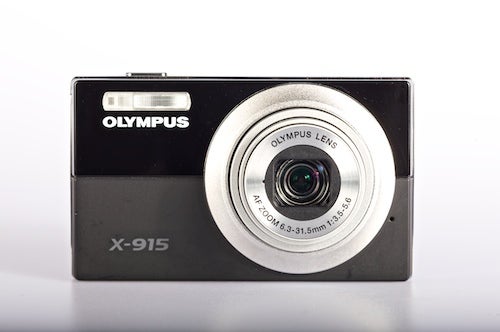 
That’s just as well as lower down the range the models aren’t particularly inspiring, neither ergonomically or otherwise. The X-915 meanwhile looks pretty good, always a plus, and is reasonably well made. The front and rear halves are plastic, while a chrome chassis is made from aluminium. This helps keep the weight down to a manageable 137g complete with its slender battery, but the high-gloss front top panel is a real fingerprint magnet, and easily scratched if our sample is anything to go by. 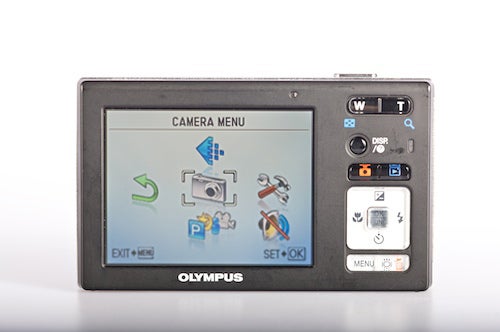 As the 2.7in screen dominates the rear there isn’t much to see of the body, this means your right thumb tends either to rest on the cluster of controls or you end up holding it like you have two sets of pincers for hands, with your finger on the shutter and thumb underneath the body. Neither option is ideal. The direction pad is quite large leaving the rest to feel slightly on the small side, but each are quite responsive. That’s handy if you have large digits, but more importantly, the main controls work as you might expect, that’s to say intuitively. With the exception of the shooting mode that is. All it needs is repeated pushing to cycle through the options, but it’s not immediately obvious.

Central to the D-pad, the Func button, is particularly fiddly. Depending on the shooting mode selected, it’s used as a shortcut to everyday features, such as white balance, ISOs, image size and compression. The same button must also be used to confirm choices from the main menu, so it is a bit of a shortcoming.

Of course you could argue that as the X-915 isn’t exactly dripping with features you’re unlikely to find yourself thumbing through a huge menu of choices. Once you’ve selected a Scene Mode, there are 14 to choose from, or if you’ve left it set to the usual iA (intelligent Auto) option, there are fewer options still. Besides the now slightly outdated SD TV video clip modes (640 x 480 pixel / 320 x 240pixel 15/30fps) most options are offered with the P (Program) mode. 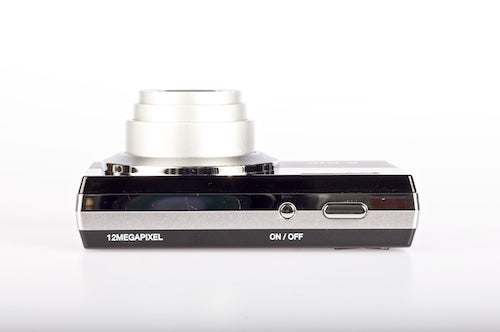 The intelligent Auto option is worth a brief mention, though, as it will choose the appropriate shooting mode based on light conditions, subject distance and likely other criteria. What’s interesting is that the X-915 often did choose a suitable mode, and even tells you on-screen what it has selected. If it could tell you why, that would be even better. Still if it can’t make an informed guess, it will plump for the safety of the Program mode.


Of course the main attraction at this price is the 5x optical zoom. It’s the 35mm equivalent of a 36-180mm f/3.5-5.6, not particularly wide at the wide-end and quite slow at the tele-end. However, the greater reach is very welcome but, conversely, this set-up will also need everything the anti-shake system can provide. Olympus states that the X-915 has Dual Image Stabilisation, which it has but kind of implies it works in tandem, when in reality it doesn’t. The processor based Digital Image Stabilisation option works only with movie capture. And, while not entirely unexpected, the lens can’t be zoomed in the movie mode. A digital zoom option produces the inevitable jaggies and is best avoided. Despite that drawback, you can alter the focal length before capture, which can be useful. 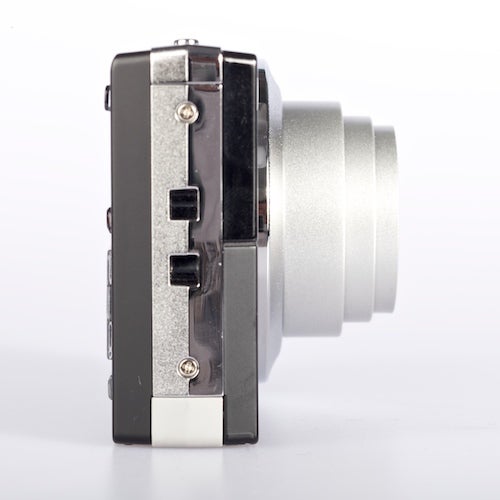 Another plus is the choice of three AF modes. There’s a wide-area array using nine points, a face-detection alternative for portraits and groups (with detection for up to 16 individuals) and a centre-spot option. In use, the face detection option isn’t quite as robust as expected, as the subject must be looking down the lens for it to work. For the complexity of the lens, focus operation was reasonably swift, but it simply can’t match some of the blindingly fast point-and-shoots. Don’t think for a moment that the tele zoom can be used for sports or action, because it’s just too slow. What’s more, the LCD’s refresh rates are on the low side leading to smearing when panning or when simply trying to follow the action. Still, it may be asking too much of a camera costing a shade under a £130.

In terms of focus accuracy, the X-915 performed well generally, though the lack of an AF assist lamp means it really struggles in low light, even at the brighter, wider end of the zoom. The built-in flash isn’t exactly powerful but at least provides evenly balanced coverage at close range. When used in-conjunction with the face-detection AF mode, skin-tones look pleasing, with no unattractive hotspots. And, like other offerings from Olympus, the X-915 has a pretty impressive 1cm super-macro mode. 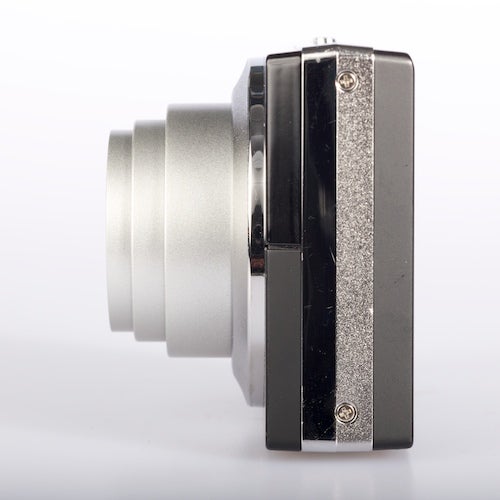 Powering up and down takes two-seconds or so, but for a second, the X-915 feels like it’s not going to respond. It’s irksome at first but isn’t likely to lose you a shot. Picture quality really doesn’t hold too many surprises. Given the zoom range the lens is really only an average performer. Our metal grid shot reveals quite obvious complex distortion at the widest settings and it’s soft in the corners of the frame. From our other sample shots, that softness is more pronounced at the tele-end of the zoom where blur due to camera shake, even with the assistance of the anti-shake system is an additional hurdle in anything other than good lighting. Chromatic aberration is another shortcoming and while noticeable on high contrast edges particularly, it can be seen frequently in other areas. 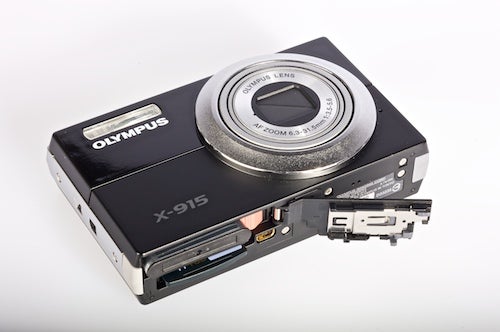 Noise levels are reasonably well controlled, though there are some coloured speckles noticeable even at an ISO setting of 64. By and large though at ISO 400 and above the effects of noise reduction affect image quality, and detail especially, to the point where you might only want to make small prints or use them for the web. Colour rendition is good, but images are quite warm. A lack of dynamic range enhancement features at this level isn’t uncommon, but means shadows are often deep with little detail.


The Olympus X-915 has some attractive features, notably the 5x optical zoom, image stabiliser, and the promise of highly detailed shots from the 12-megapixel sensor. In reality of course, more pixels doesn’t necessarily translate to better image quality, and given the compromises made to achieve the extended zoom range, the image quality of X-915 is really only average. However, with a current price of just £129, compared with the original RRP of £299 at the time of launch just three months ago, the X-915 is tempting to anyone on a budget. 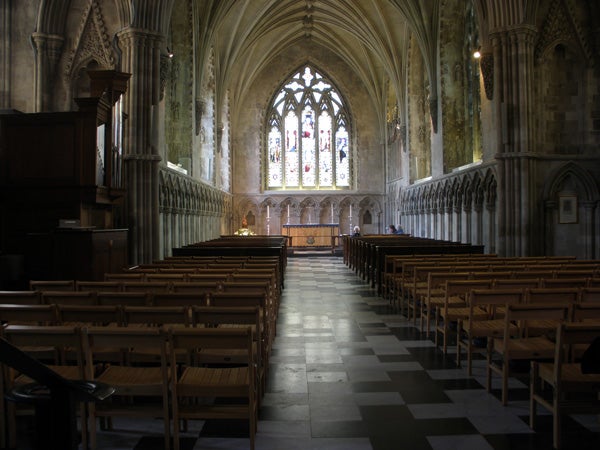 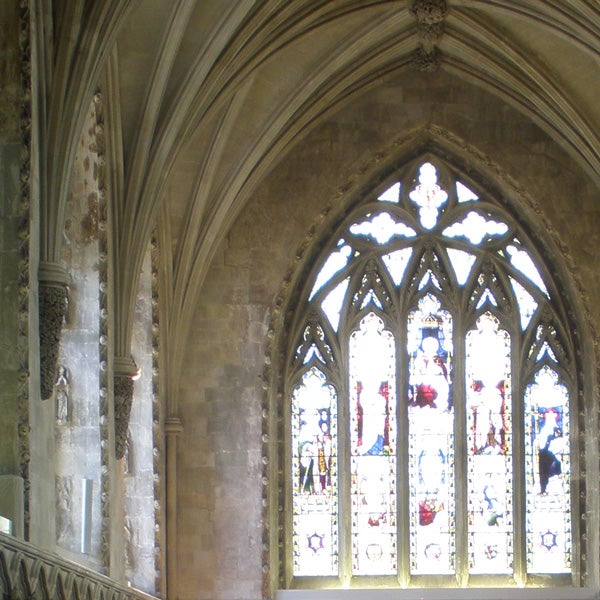 ”’(centre)At ISO64 image quality is fair, but some noise is visible even at this setting.(/centre)”’ 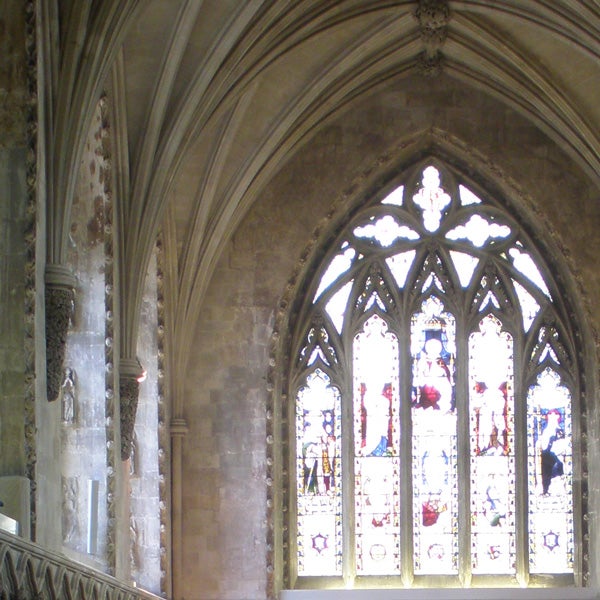 ”’(centre)A slight increase in noise and some softness to the image can be seen at ISO100.(/centre)”’ 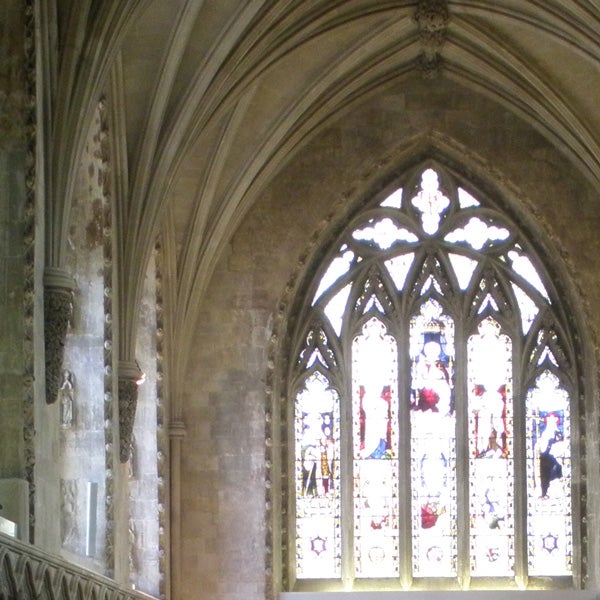 ”’(centre)Images at ISO200 aren’t as smooth as some noise reduction is being applied. This results in less speckled noise, but some blotchiness is apparent and detail is reduced.(/centre)”’ 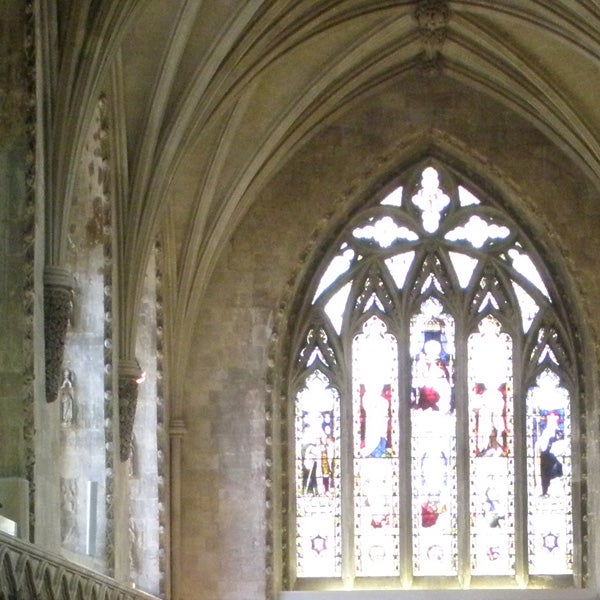 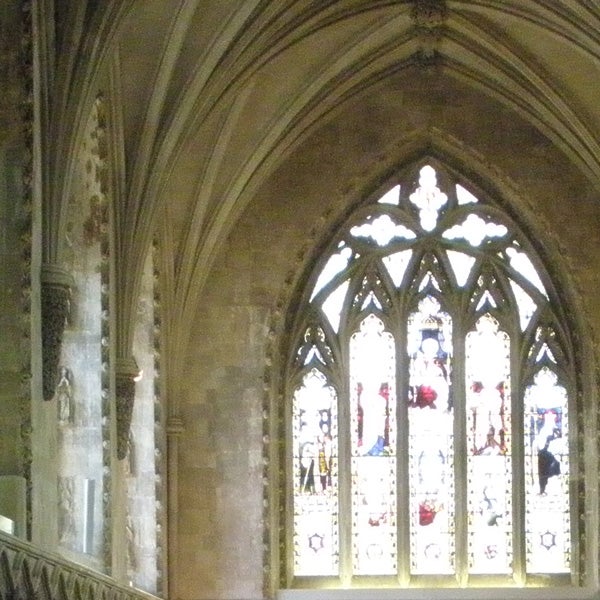 ”’(centre)Images are very gritty at ISO800 and ugly yellow/green blotches are quite distracting.(/centre)”’ 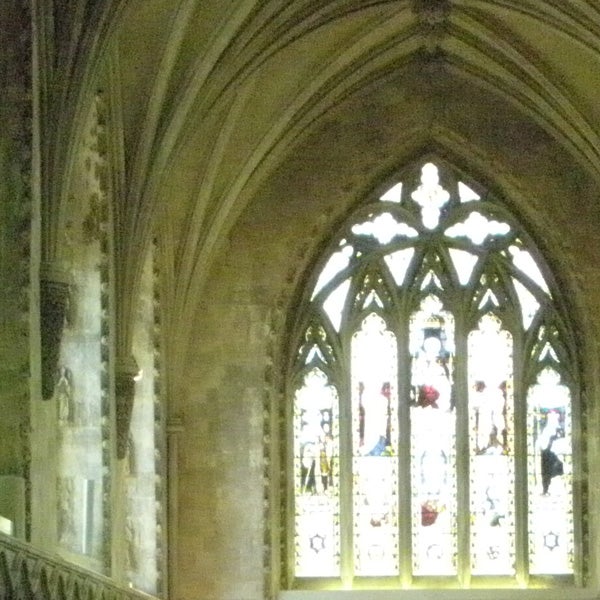 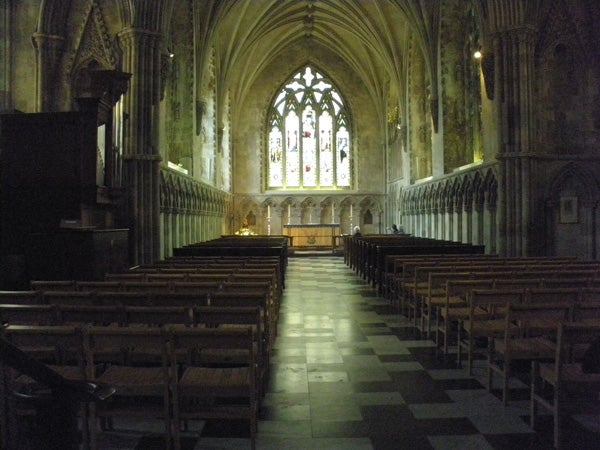 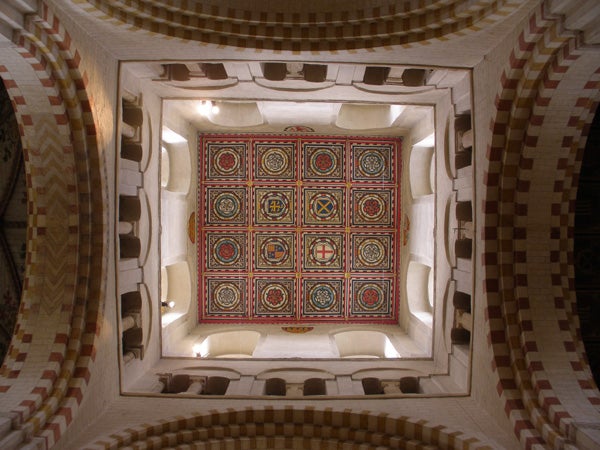 ”’(centre)This is a detail shot of the ceiling under the Bell Tower of St Albans Abbey.(/centre)”’ 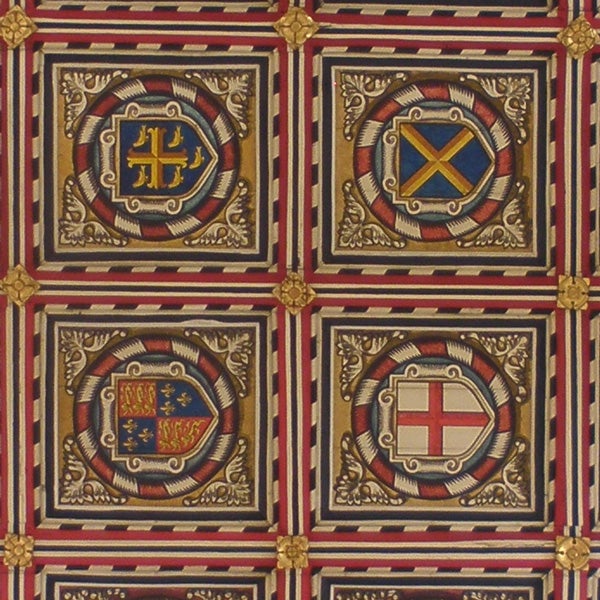 ”’(centre)There’s some fine detail but sharpness is less than ideal.(/centre)”’ 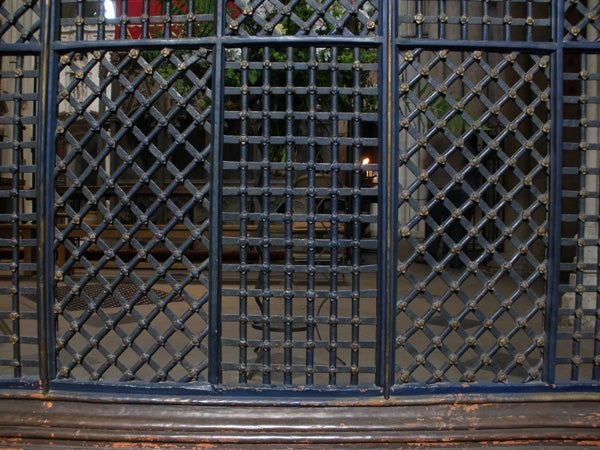 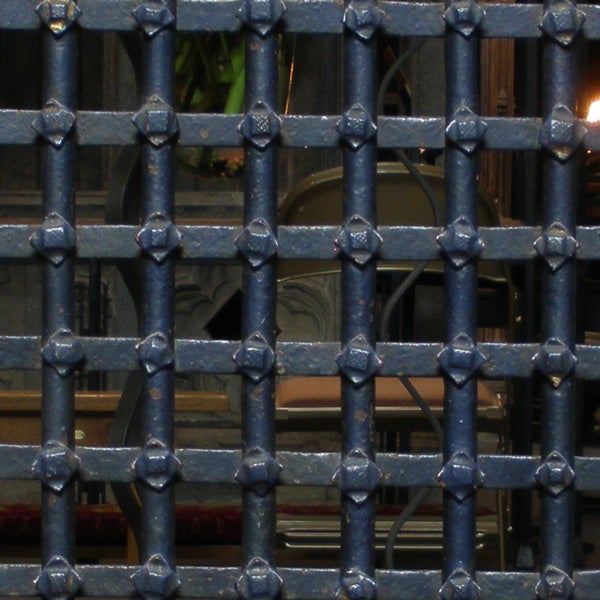 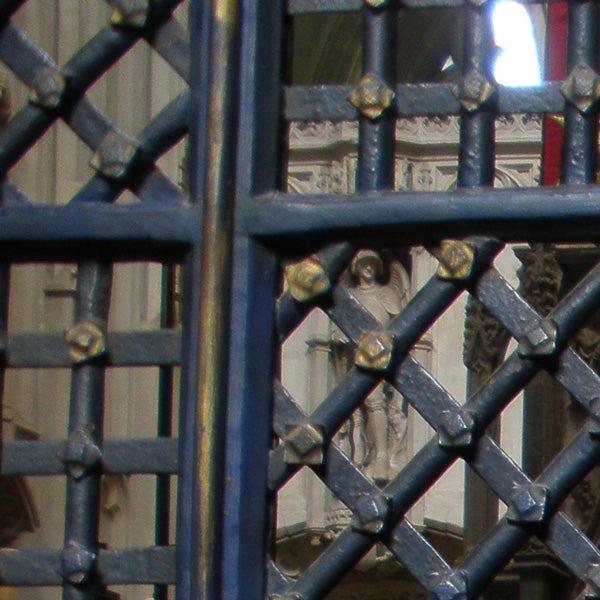 ”’(centre)As expected from the lens design, there’s blurring in the corners and noticeable fringing.(/centre)”’ 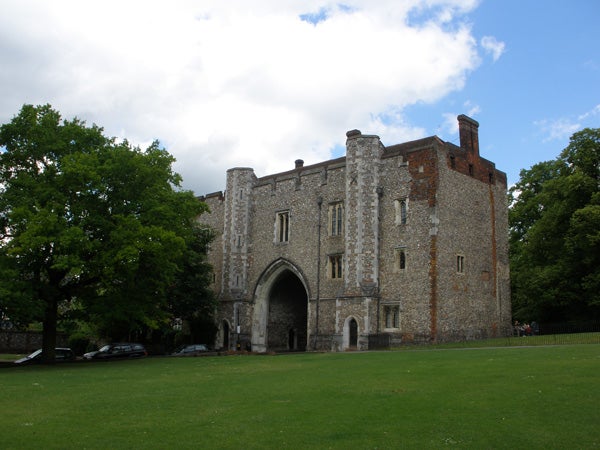 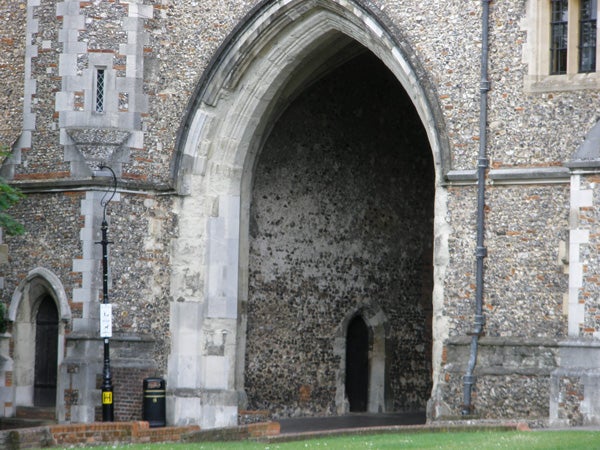 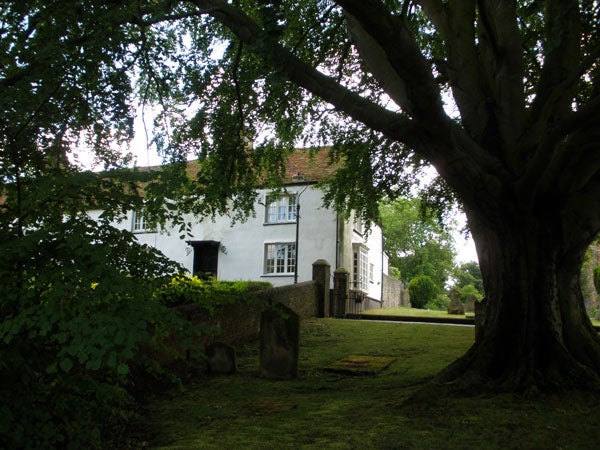 ”’(centre)Dynamic range is never going to be great with small sensors, but X-915 wasn’t worse than many rivals in that respect. What’s more concerning is an overall lack of sharpness and the noticeable fringing.(/centre)”’ 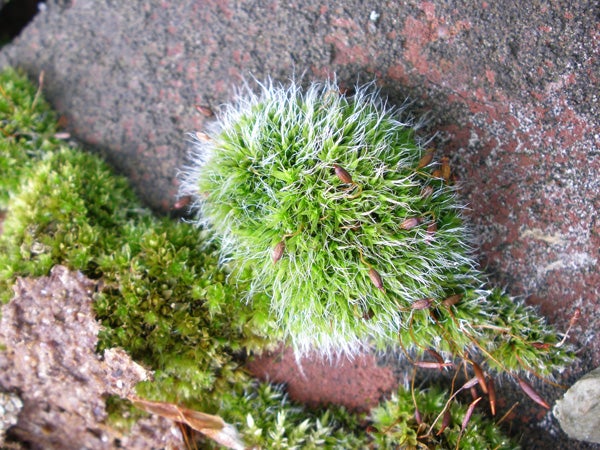