Olympus pretty much invented what we now call the super-zoom digital camera, launching the ambitious C-2100UZ (Ultra Zoom) in 2000. That camera featured a 1.9-megapixel sensor, a 10x zoom lens (38-380mm equivalent) and an early optical image stabilisation system. It was big, heavy, expensive and not massively popular, but it set a standard for the market sector that persists to this day. Despite serious competition, particularly from Fujifilm and Panasonic, Olympus has managed to maintain a strong presence in the super-zoom market, with models such as 2007’s SP-550UZ and last year’s SP-570. 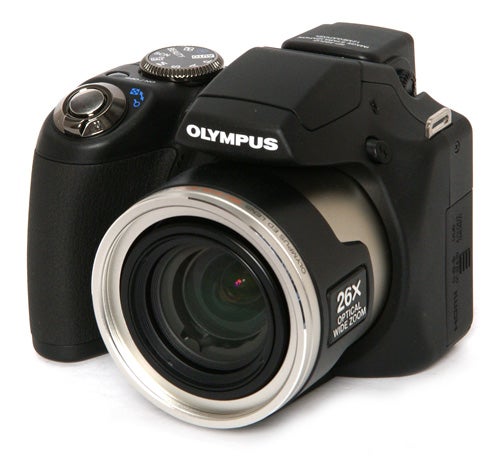 Marketing cameras to the buying public is mostly a matter of printing ever-bigger numbers on the box, and when it comes to super-zoom cameras the number in question is of course the optical zoom magnification factor. For the past couple of years zoom factors have been getting increasingly preposterous, reaching 18x in 2007 then jumping to 20x earlier this year with the launch of the Canon SX10 IS, and even 24x with the Nikon CoolPix P90, which I’ll be reviewing next week. Naturally Olympus isn’t going to take that sort of behaviour lying down, so today I’m taking a look at the new SP-590UZ, which features a frankly unbelievable 26x zoom lens, with a focal length range equivalent to 26 – 676mm. To put that in perspective, those huge white telephoto lenses that you see press photographers using at major football matches usually top out at around 400 – 500mm. 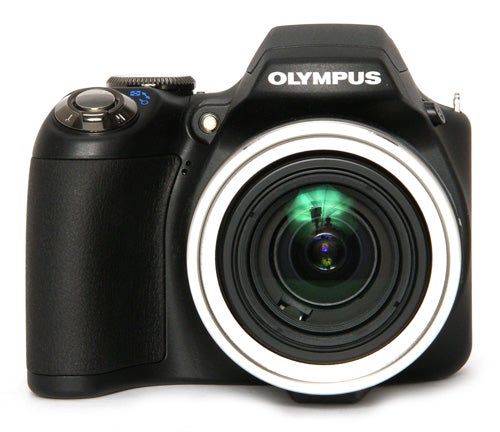 Apart from its extraordinary zoom factor the SP-590UZ has a fairly typical specification for its class. It features a 12-megapixel 1/2.33-inch sensor, a 2.7-inch 230k monitor, an electronic viewfinder and a range of manual exposure options. Like most super-zooms it is quite a large camera, measuring 110.1 x 89.7 x 91.0 mm, and also quite heavy, weighing approximately 535g including a memory card and four AA batteries. The body is made of matt black plastic, apart from the lens barrel which is aluminium, and the overall build quality is pretty good for the price, although there are a few creaky panels. The body design includes a large and very comfortable handgrip with a sculpted rear thumbgrip, and with the batteries inside it is nicely balanced and handles well.

The SP-590UZ is well equipped with features and options. Main shooting modes include program auto, full “easy mode” auto, 19 scene mode programs, a “Beauty” mode, which uses the face detection system and smoothes out skin tone. It also has a full range of manual exposure options, including aperture or shutter priority and full manual, with shutter speeds from four seconds to 1/1000th of a second and aperture values from f/2.8 to f/8.0 in 1/3EV steps. 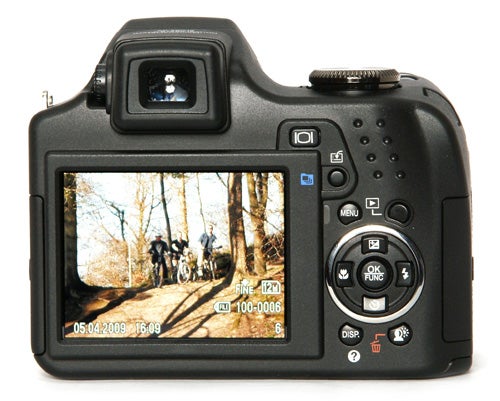 For once the over-complicated Olympus menu system comes into its own, since the main part of it stretches to five pages. Menu options include spot, centre-weighted and ESP metering, multiple AF mode options including manual focus, manually adjustable white balance fine-tuning, adjustable contrast, saturation and sharpness, the option to turn off noise reduction, adjustable flash output and even external wireless flash control, something usually only found on the higher-end digital SLRs. There are also several options in playback mode, including shadow adjustment, red-eye fix and “Beauty fix”. I tried this out on myself, but I seem to be beyond fixing.


The SP-590UZ has a 2.7-inch 230k monitor with a good wide viewing angle both vertically and horizontally. It is very clear and bright, and has a basic anti-glare finish, so it works well in bright sunlight. It also has an automatic brightness control that boosts the image in low light to help with framing. The screen is slightly recessed, so it’s not too prone to scratches and finger marks.


The electronic viewfinder is also pretty good. It’s a bit small and dark, but then EVFs usually are, but it has a decent resolution and with the automatic centre-zone magnification in manual focus mode it is just about sharp enough for accurate focusing. 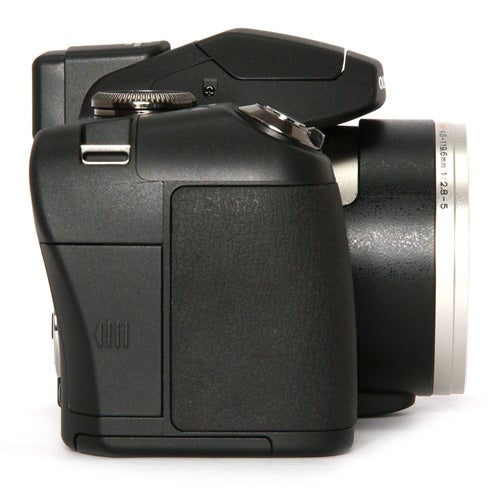 Other important features include the video mode, although at a time when more and more cameras are featuring HD video its 30fps VGA and mono audio it does look a bit lacklustre, especially since clips at this resolution are limited to 40 seconds when using the standard M-class xD cards. Using the faster H-class cards removes this limitation, but files are still restricted to 2GB. Like most recent Olympus cameras the 590UZ comes with an adapter for the popular microSD cards, used in many mobile phones and PDAs.


One highlight is the exceptionally powerful built-in flash, which has a maximum range of nine metres at 800 ISO, and easily fills a large room with excellent wide-angle frame coverage.


So on paper at least the SP-590UZ looks promising, but it does have one major flaw. The problem is that at the full extent of its massive zoom it’s pretty much impossible to take a shake-free hand-held shot. The camera has a good sensor-shift image stabilisation system that provides around two and a half stops of extra low-speed stability, but even this can’t cope with size of the lens. At full zoom the maximum aperture is only f/5, so unless you boost the ISO setting into image noise territory, even in good light it’s hard to get a shutter speed faster than 1/200th of a second. This is simply too slow for such a huge magnification factor, especially on a relatively light camera, even with image stabilisation. The only solution is to use a good solid tripod and the two-second timer, but many people will find this to be inconvenient. 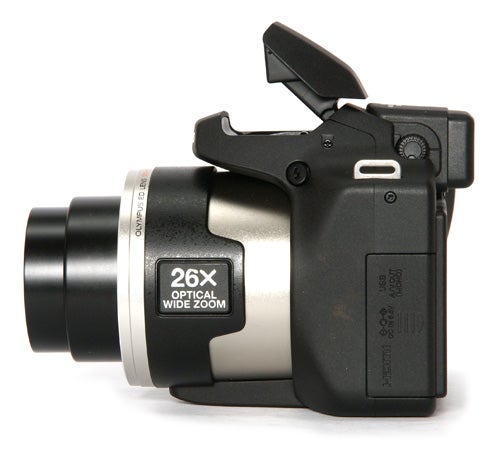 I honestly think that Olympus has gone too far with the SP-590UZ. The 26x zoom is too big for a camera of this type, and is really only there for bragging rights, so that it can have the biggest number printed on the box. Pointing out that at full zoom the lens also suffers from severe chromatic aberration merely confirms the diagnosis.

The SP-590UZ has excellent overall performance. Despite the size of the lens it starts up in approximately 1.6 seconds, and even if the lens is fully extended it shuts down again in under two seconds. In single-shot mode at maximum image quality it can maintain a shot every two seconds using a faster H-class xD card, and 2.5 seconds with the slower M-class card. In standard continuous shooting mode it can manage just over a frame a second, although the buffer fills up after seven or eight frames, pausing for several seconds before shooting can resume. 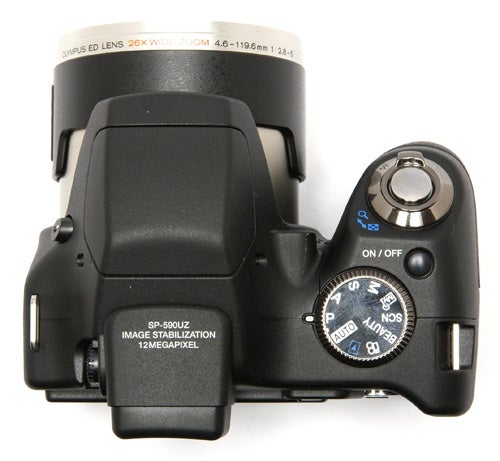 The camera also has two high-speed continuous shooting modes, one of which can shoot at 10fps but is limited to 3MP, the other shooting at 6fps at 5MP. Both can shoot a sequence 25 frames.


The autofocus system is very good. In decent light it focuses very quickly and accurately, and it also works exceptionally well in low light, even when zoomed in, although it is a bit slower. It has a bright and very focused AF lamp with a range of well over four metres, and will focus in darkness even when zoomed in some way, although full zoom does cause some problems here.


The SP-590UZ also scores highly on overall image quality, although it’s not without a few issues. The lens has very variable performance. Centre sharpness is good at wider settings, although it does produce quite a lot of barrel distortion, and suffers from significant chromatic aberration and blurring towards the edges. At longer zoom settings the chromatic aberration becomes much worse, and the barrel distortion is replaced with mild pincushion distortion, although the overall sharpness and level of detail is good, at least around the centre of the frame.


Colour rendition is very good, and colours look bright but not garish and retain detail even in saturated areas. Dynamic range is about average for a12MP camera, in other words there’s almost no shadow detail, but at least the metering tends to avoid burning out too many highlights. There is a Shadow Adjust function which can be applied in either shooting or playback mode, but it just selectively boosts the ISO in the darker areas, causing image noise problems. 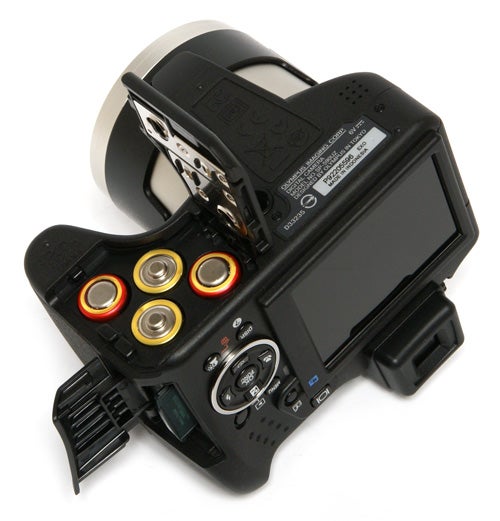 As usual with very small over-crowded sensors image noise is a major issue, with significant noise levels from 200 ISO upward, and fine detail being lost at 400 ISO. If you’re not too fussy then 800 ISO is just about usable for small prints and web images. Exposure remains consistent at all settings, but the image quality at higher ISO settings is pretty terrible. 3200 and 6400 ISO are available at 5MP resolution, but are so poor as to be effectively unusable.


I started out not liking the SP-590UZ, and I still think the oversized zoom lens is a big mistake, but I have to admit that the features, handling and performance are excellent, and its superb low-light performance does go some way towards redeeming its disappointing image quality.

The Olympus SP-590UZ has a lot to commend it. The price is good, and the overall design is attractive and functional, with very good handling. It performs well and it’s low light performance is especially good. However that title-capturing 26x zoom lens is far too big, produces inferior image quality and cannot be used at full zoom without a tripod. Image noise issues are also a problem. 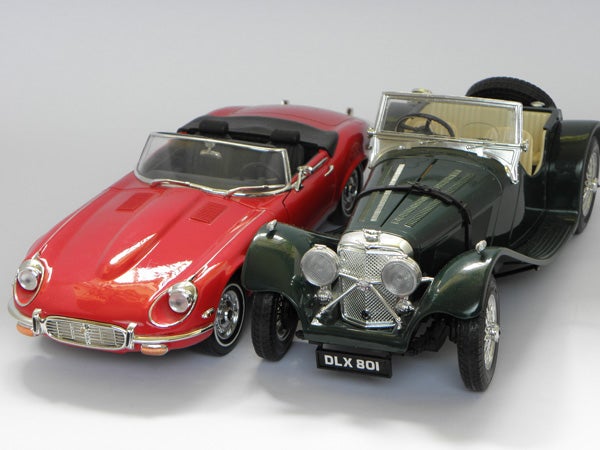 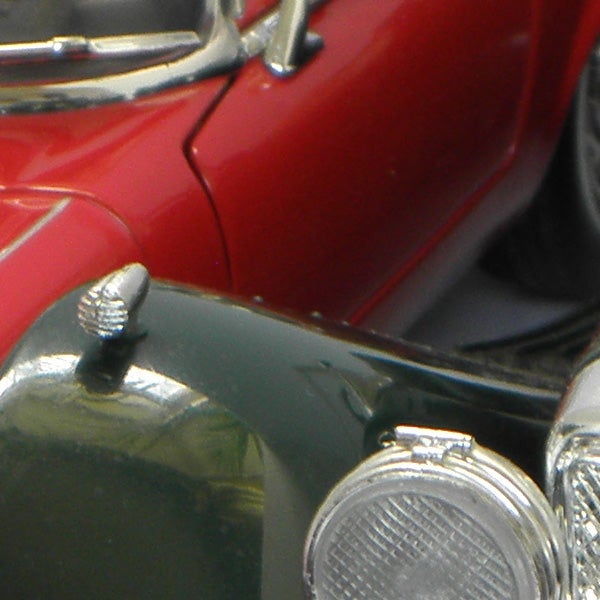 Image quality is good at 64 ISO. 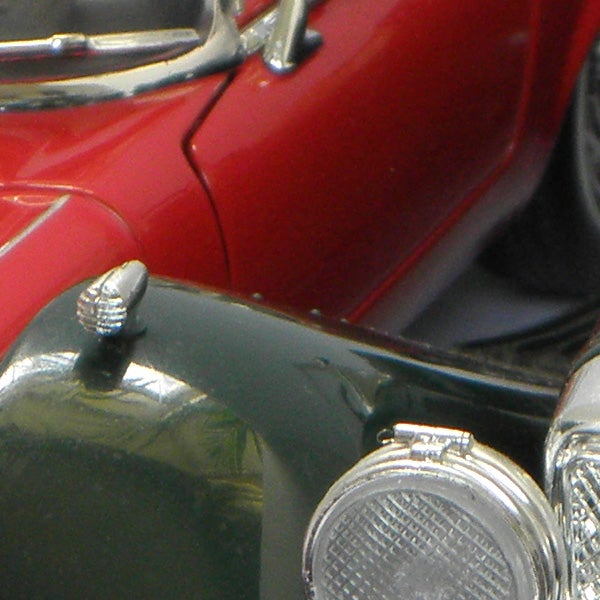 Even at 100 ISO there are signs of image noise. 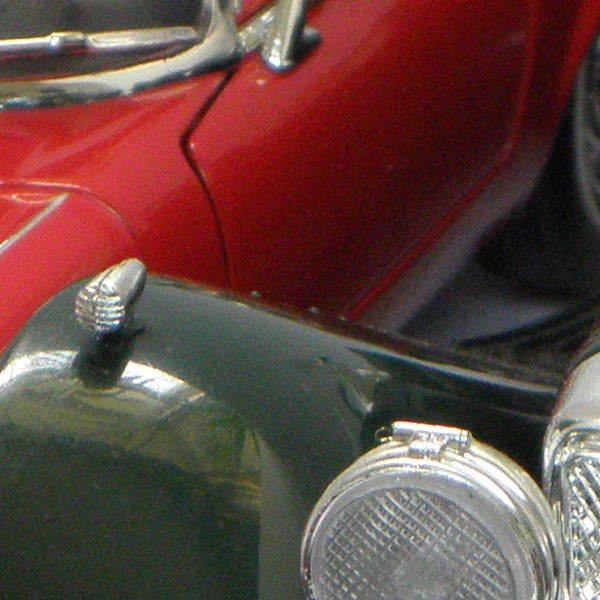 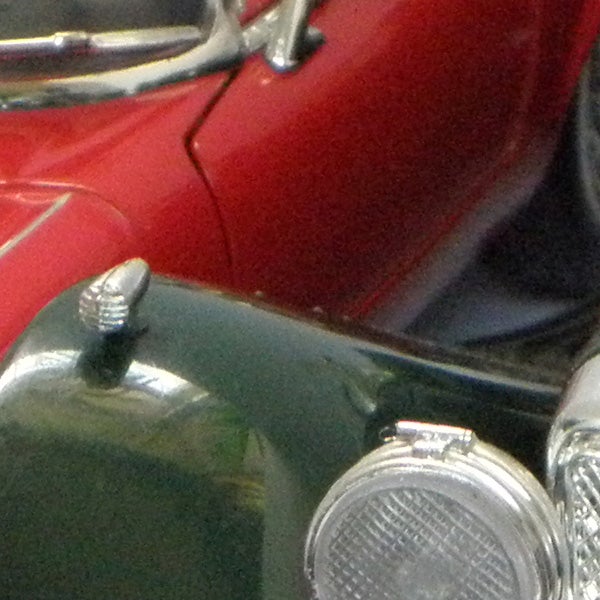 Noise recuction kicks in at 400 ISO, but reduces the level of detail. 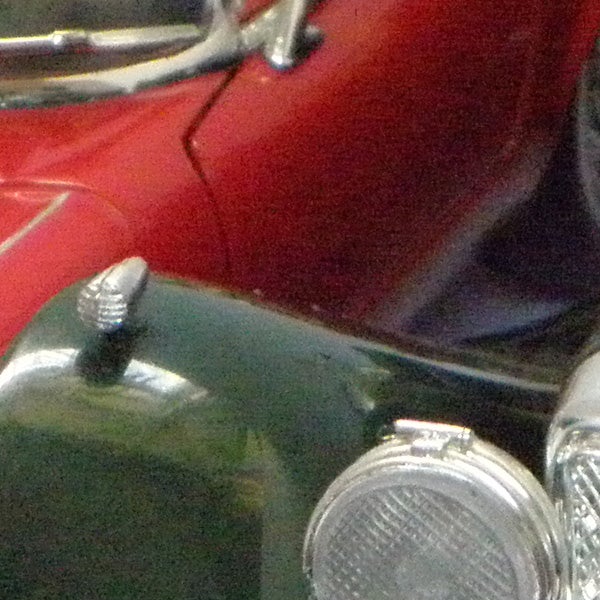 800 ISO is usable for web image and small prints. 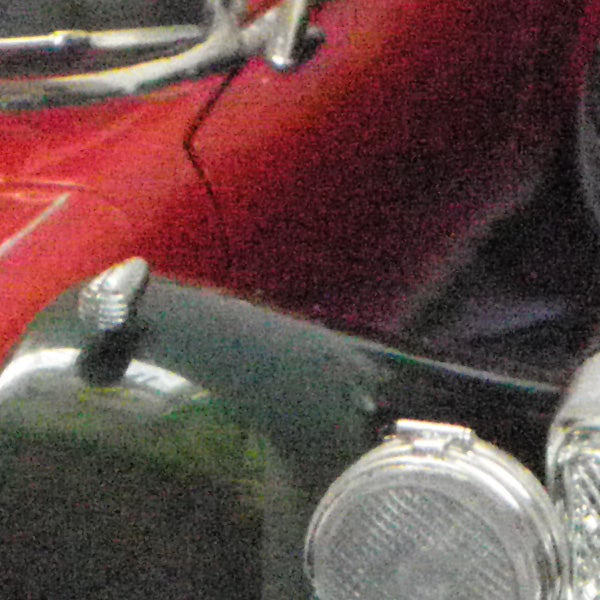 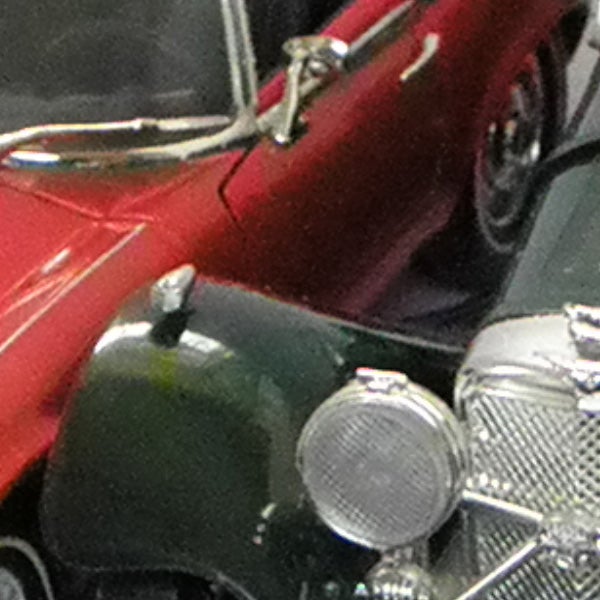 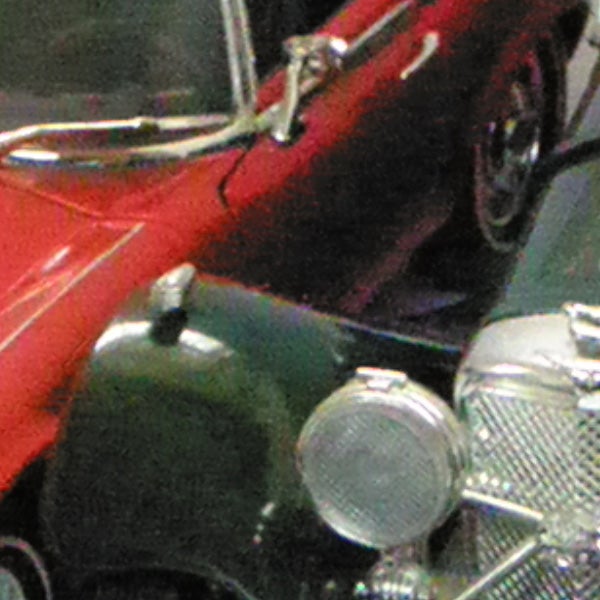 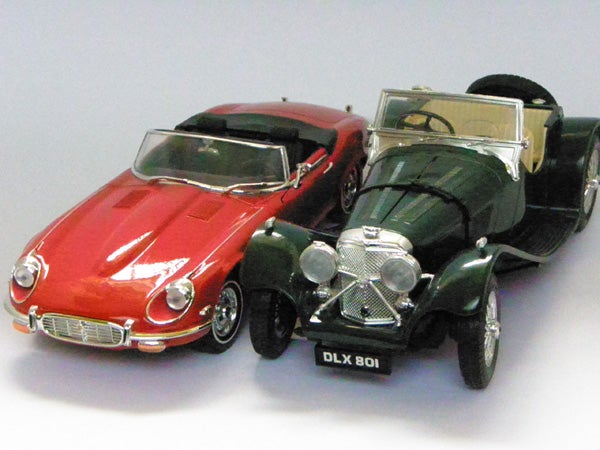 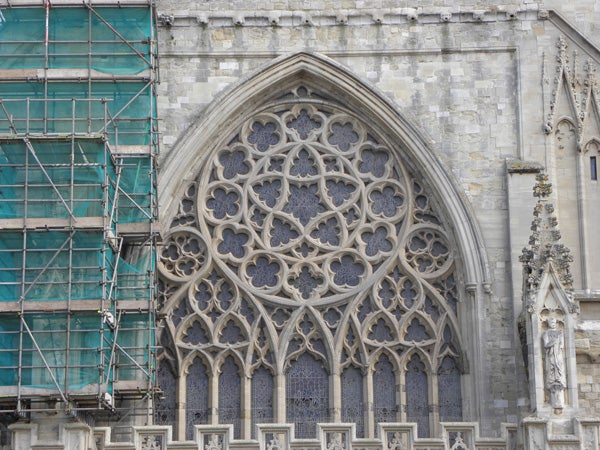 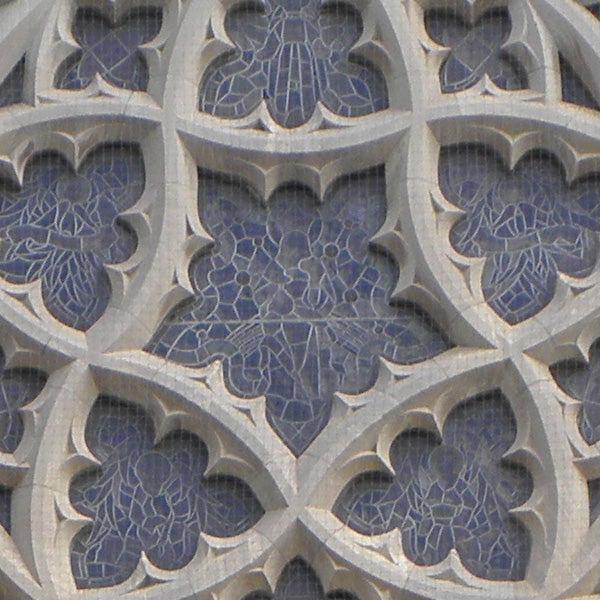 The level of detail is about average for a 12MP compact, but the poor lens quality doesn’t help. 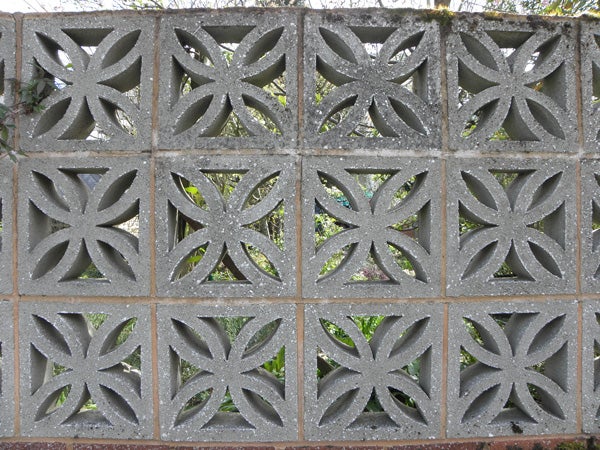 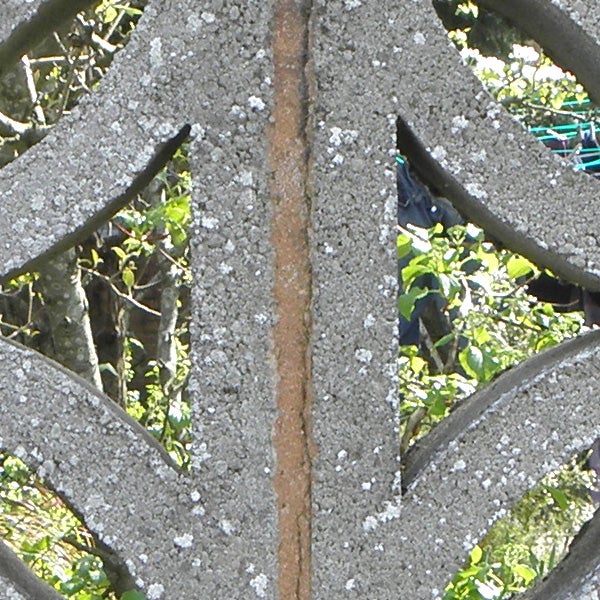 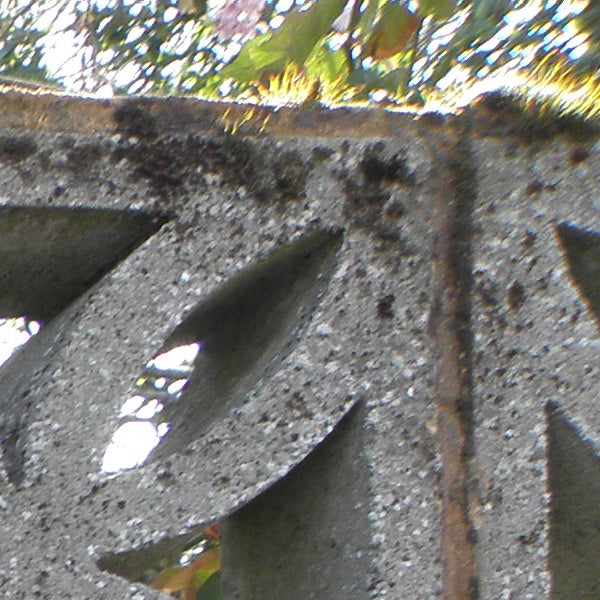 ….but the corners are very distorted with chromatic aberration. 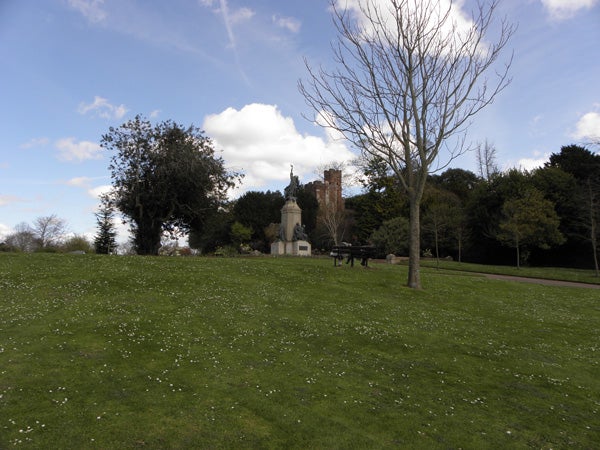 The wide angle end is equivalent to 26mm, wider than average for a super-zoom. 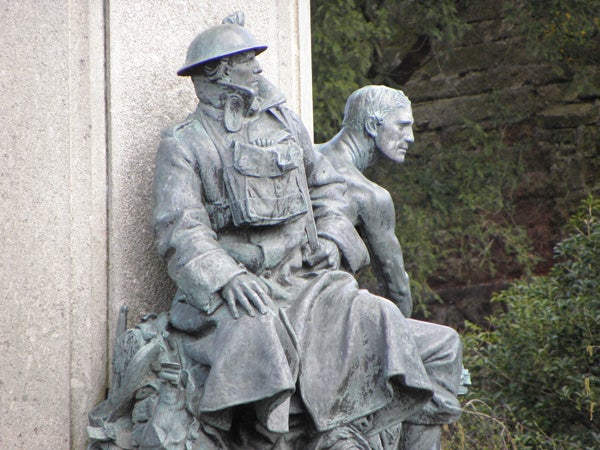 
The telephoto end is equivalent to a massive 676mm, but the optical quality is poor. 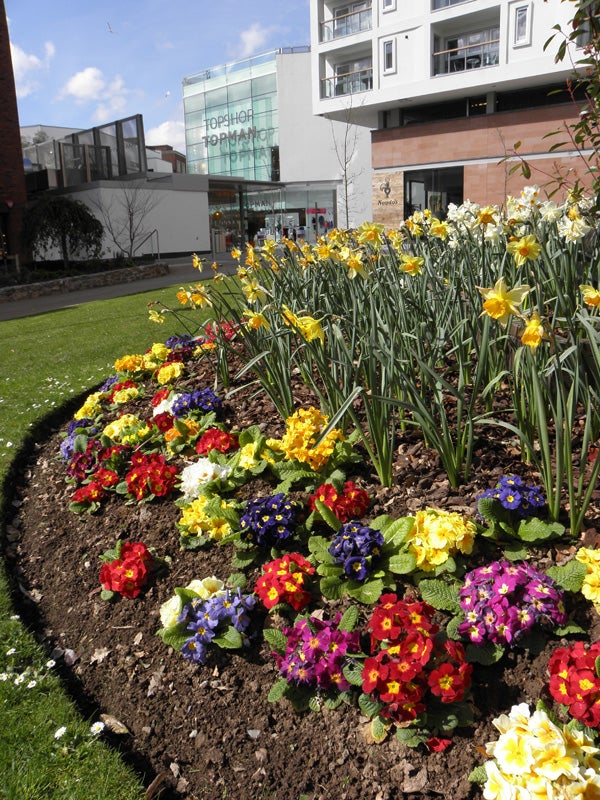 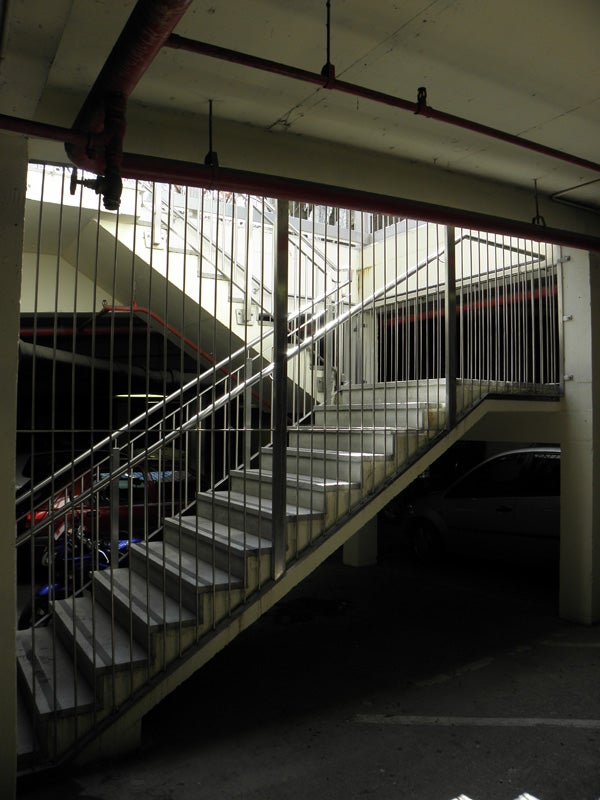 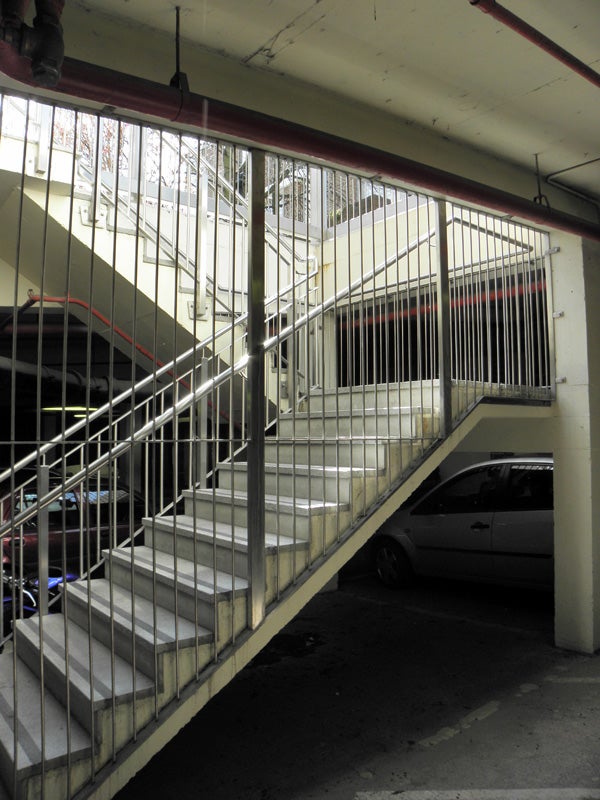 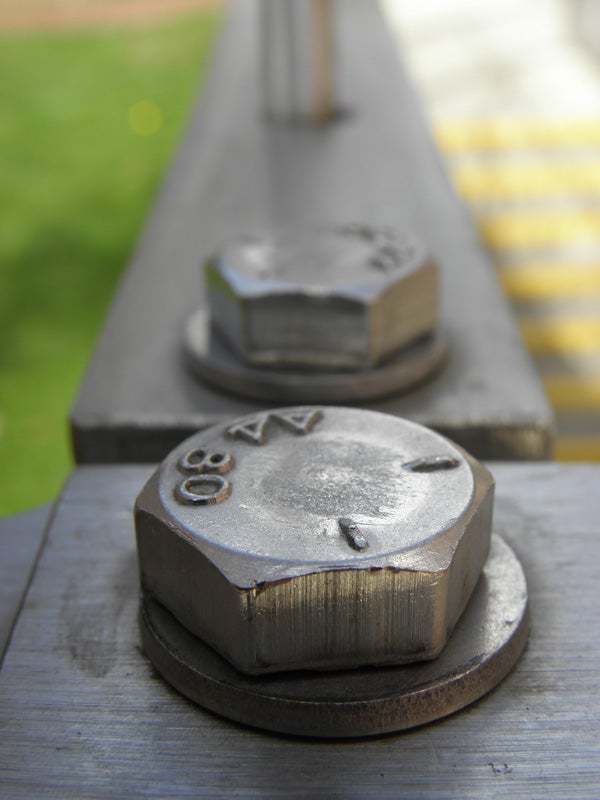