The PEN F is very quick to use, breezing through playback and switching on pretty much instantaneously. If you leave the camera in the “on” position and don’t touch it for some time, it will automatically switch off – you’ll then have to switch it to off and then on again, but that’s not exactly a huge problem.

Autofocus is able to lock on to a subject quickly and accurately in the majority of situations, only struggling ever so slightly if the subject is very dimly lit. Even when using very wide-aperture lenses, such as the 17mm f/1.8, at their widest point, it locks onto a target well. The 17mm lens was supplied for us to test the camera with, and makes sense as a walk-around normal lens.

This is not a camera which is particularly designed for sporting and action photographers, and that became evident when attempting to get it to track erratically moving subjects such as a dog. Put simply, it couldn’t quite keep up. While some of the shots were in focus, that seemed to be more by accident than design. 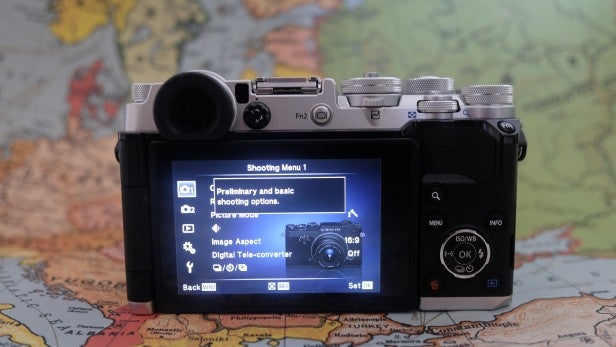 Manually focusing is made easy by the inclusion of focus peaking and the ability to magnify a por-tion of the scene by up to 14x. That’s particularly useful when mounting the camera on a tripod for still life and macro work, but you can also display a magnified scene in the viewfinder if you prefer.

Battery life is quoted at 330 shots – about average for mirrorless cameras. We found that a full charge easily lasted for a day of normal shooting while travelling, and thus taking a fair number of pictures. You may want to invest in a second battery if you’re at all worried. Frustratingly, the battery indicator only displays for a few seconds when you first switch the camera on, or if the battery is about to die. It’d be nice to be able to check the progress of the battery more frequently.

Images from the PEN F are extremely good – probably the best images from a Micro Four Thirds camera to date. But there are some caveats to that, which are worth noting depending on the type of photographer you are.

Although the camera copes pretty well in low light, it’s possible to see a loss of detail from around ISO 800. At ISO 1600, it gets a little worse and it’s not really advisable to use higher settings than ISO 3200 unless you’re desperate to get the shot. If you’re using some of the excellent prime lenses that are available, such as the 17mm f/1.8 we used for a lot of our test, you can open the aperture up wide to avoid shooting at such high ISOs. The overall impression of detail at ISO 1600-3200 is more than acceptable if keeping printing or viewing sizes to A4 or below.

If you’re somebody who often photographs in low light, and doesn’t want to use wide apertures, or invest in a set of prime lenses, then you may want to consider some of the CSCs with larger APS-C or even full-frame sensors.

At lower ISOs, detail is very good from the PEN F’s sensor. You can make prints of good quality up to A3 size with ease. Colours directly from the camera are vibrant and vivid without straying too far into unrealistic territory, while exposures generally are accurate thanks to a good metering system which works from the sensor.

The Olympus 5-axis image stabilisation system helps to keep shots sharp when shooting handheld at slow shutter speeds, meaning you can get away with relatively slow speeds – again, good news if you’re trying to keep ISO down. Automatic white balance copes well with artificial lighting, as well as other lighting conditions, to produce realistic colours.

One of Olympus’s key selling points has always been the fun you can have with some of its crea-tive modes, particularly art filters, of which there is now a huge variety. There’s also a simpler “monochrome” mode which is also worth experimenting with. Just like any digital filter, whether or not you like them will be down to personal preference, but it’s certainly worth experimenting to see which (if any) take your fancy. As you can shoot in RAW format while using filters, if you decide you don’t like them after all, you can switch back to a “clean” version of the shot any time you need it.

You can see sample images taken on the Olympus PEN F below. 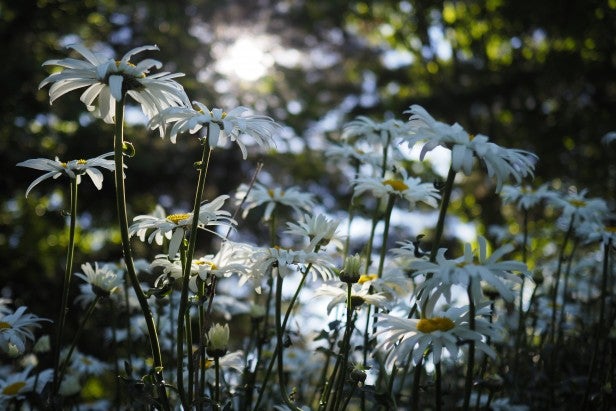 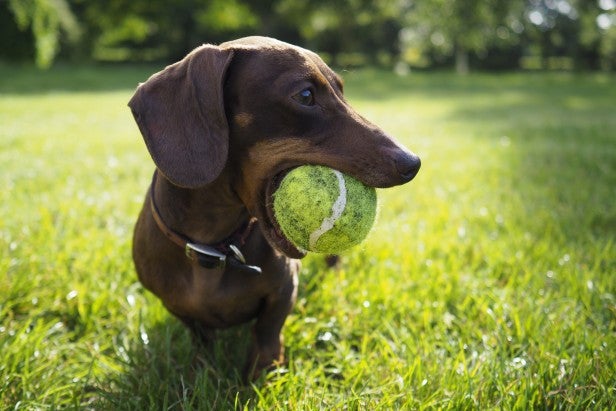 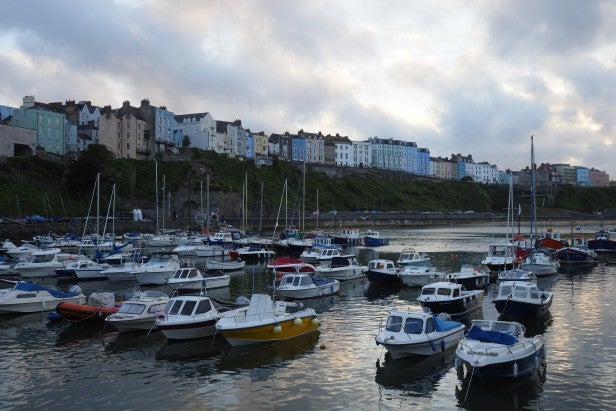 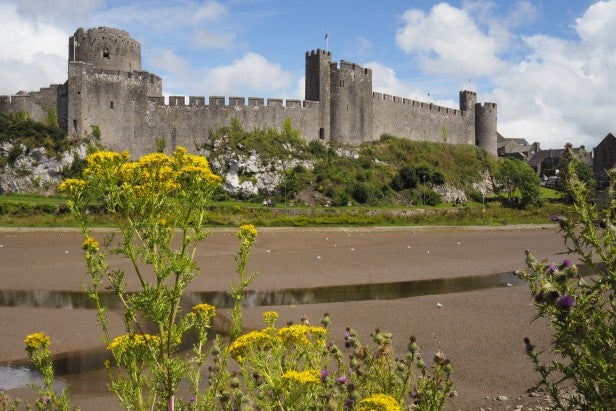 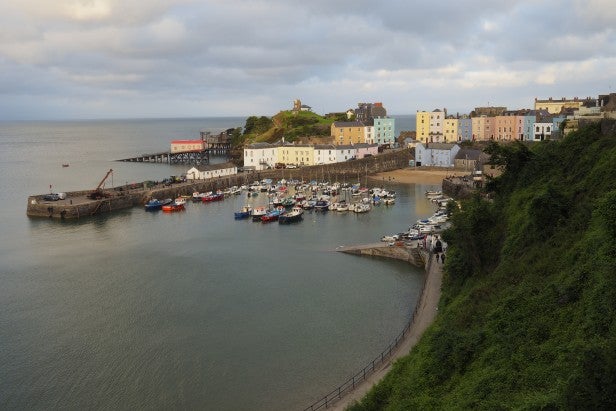 As perhaps is befitting for a camera which is so heavily sold on its retro credentials, video seems like a bit of an afterthought for the PEN F. It has Full HD video, which is pretty much standard these days, but doesn’t have the same 4K capabilities as its Micro Four Thirds rivals from Pana-sonic.

The video quality is good, but without other longed-for video features, such as a microphone or headphone socket, it hardly seems likely to be a camera considered by videographers. If you’re a photographer who just wants to take the occasional video, though, it more than suffices. 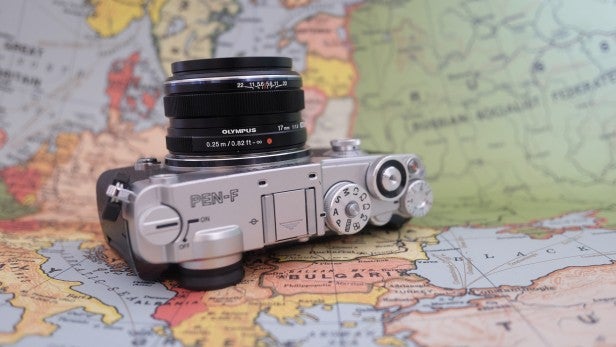 Should you buy the Olympus PEN F?

There’s no denying that the Olympus PEN F is a great camera, which is for the main part being sold on its gorgeous good looks. Happily, though, it has the goods to back that up in the shape of a very well-performing sensor, a body which is enjoyable to use, and a range of features that appeal to many photographers.

The biggest problem Olympus has is where this camera fits in its line-up. It was supposed to be the OM-D that sat above the PEN range, being as it had the better optical technology and the in-built viewfinder. Now that a PEN has those, it’s a little bit confusing as to which a consumer should think about buying.

Then there’s the price. The PEN F is not cheap by any stretch of the imagination. When you can buy something like Olympus’s own OM-D EM-10 Mark II for a much cheaper price if you’re on a stricter budget and want a retro-looking camera, it’s perhaps likely that the OM-D range will cannibalise sales of this latest PEN camera. Although image quality is better from the PEN F, whether it’s better enough to justify the extra outlay will likely be down to the individual.

But if you can afford it, and if those retro looks appeal, you won’t be disappointed.

The Olympus PEN F is quite simply a joy. It’s a camera that you want to have with you, use often, and produces great images.