We take an opening look at the Olympus PEN E-PL9

The Olympus PEN E-PL9 is the latest offering in the company’s established range of mirrorless cameras. It follows on from the Olympus PEN E-PL7 and Olympus PEN E-PL8 models, and is designed to be popular with fashion-conscious photographers searching for a stylish yet functional interchangeable lens camera that’s small and lightweight. 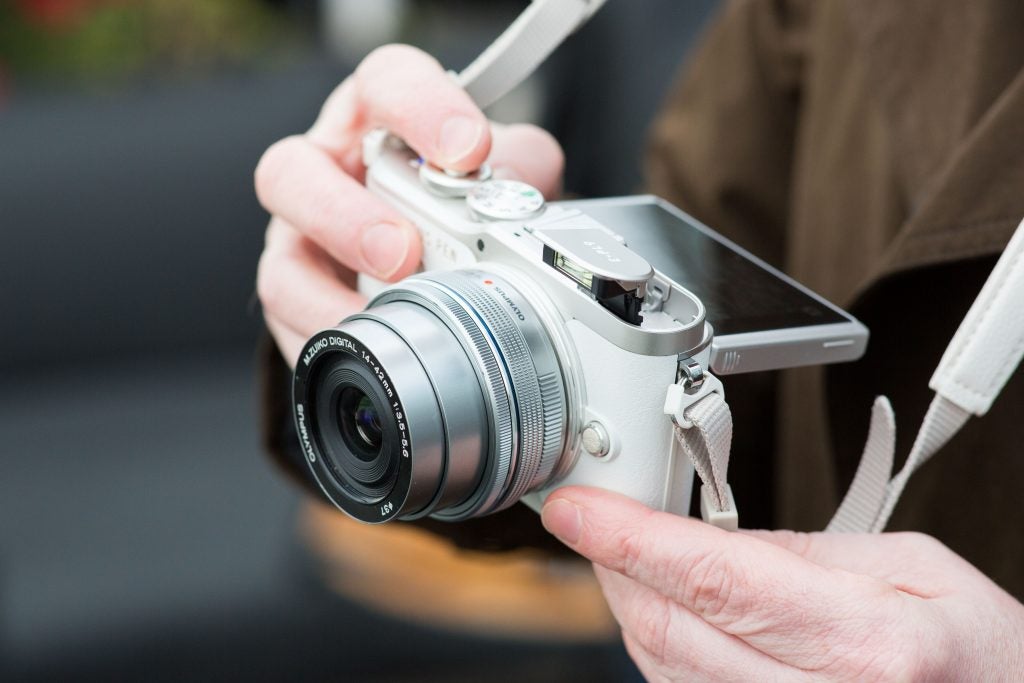 Supported by a large range of Micro Four Thirds lenses, the Olympus PEN E-PL9 will also appeal to users looking to jump from smartphone photography to a camera that produces superior image quality and allows better creative freedom with its manual controls.

Other types of user Olympus is keen to target include bloggers and storytellers, whose lifestyle demands a camera that can fit into a small bag and produce great images with minimal effort.

When it hits the shelves and online retailers in mid-March, the Olympus PEN E-PL9 will be sold for £579 (body only) or £649 with the M.Zuiko Digital ED 14-42mm F3.5-5.6 EZ pancake lens. If the all-black finish doesn’t take your fancy, it will also be available in white or brown.

To make the transition from smartphone to mirrorless camera less daunting for new users, Olympus has equipped the PEN E-PL9 with a tilt out and down touchscreen and a selection of creative auto settings.

An Olympus mirrorless camera wouldn’t be complete without the company’s Art filters, and there’s a total of 16 from which to choose. These include Bleach Bypass and an Instant Film effect, giving a nostalgic nod to the exaggerated colours of early instant cameras. 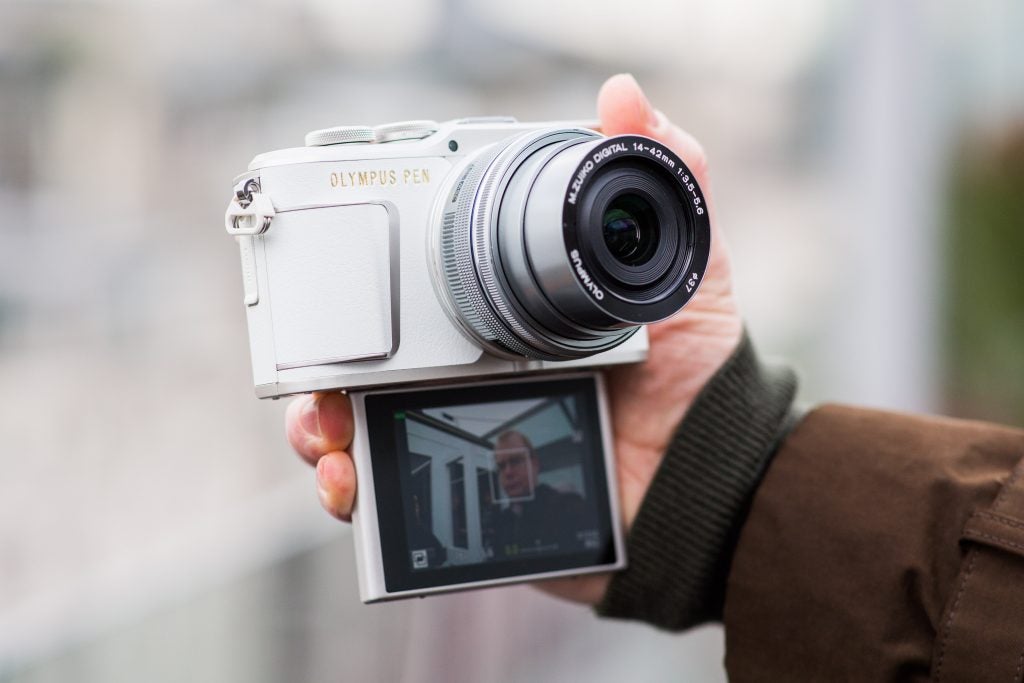 Another difference between this latest model and the Olympus PEN E-PL8 is its combined Bluetooth and Wi-Fi connectivity, which provides an ‘always on’ connection for faster and simpler image transfer to mobile devices. There’s 4K 30P video recording, too, with the option to extract 8-megapixel still images direct from movie footage. 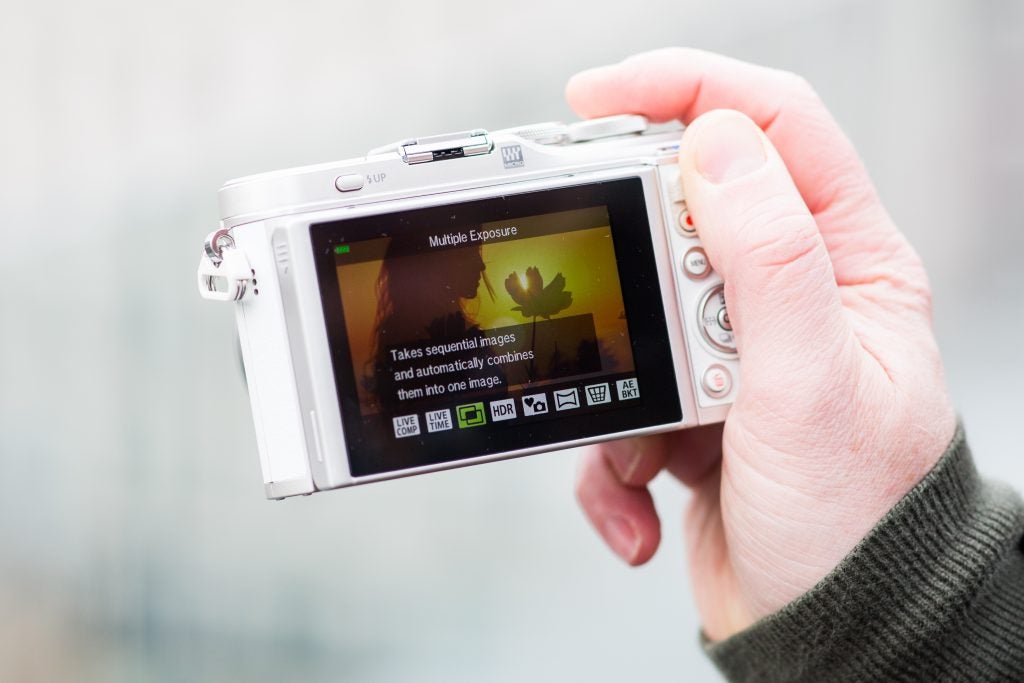 Internally, much of the specification is the same as the Olympus OM-D E-M10 Mark III. You get the same 16-megapixel CMOS sensor, which teams up with the TruePic VIII processor used within the company’s flagship OM-D E-M1 Mark II camera.

To suppress handshake and blurry shots in low-light, the PEN E-PL9 comes equipped with Olympus’ effective 5-axis in-body image stabilisation (IS). This will also prove handy for smoothing out handheld video footage to give movies an almost Steadicam-like look. 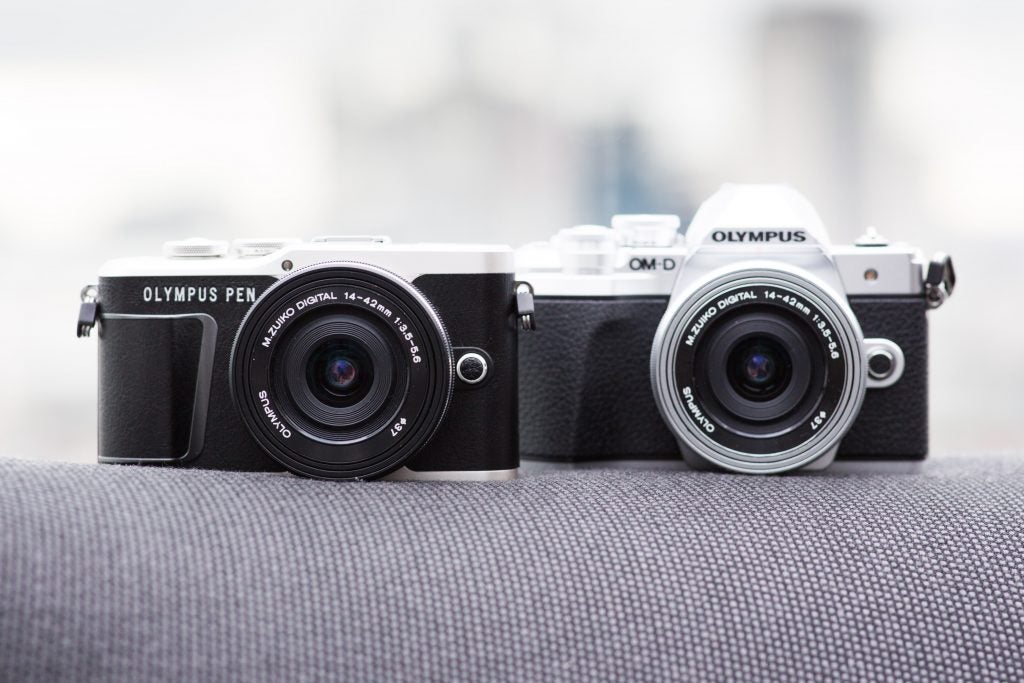 Another feature the Olympus PEN E-PL9 inherits from the Olympus OM-D E-M10 Mark III is its 121-point autofocus system. The screen can be tapped to reposition the focus point in an instant, and the focus area covers practically the entire frame.

Elsewhere, Olympus has created a new set of ‘How To’ guides hosted on the company’s free OI.Share app. These are for beginners and offer useful tips on how to get the best out of the camera and its advanced functionality.

The design of the PEN E-PL9 hasn’t changed greatly from what we’ve seen before. It combines a faux-leatherette finish with smooth and well-formed plastic body sections. The noticeable difference is the grip, which is larger than the thin strip  offered on the PEN E-PL8. It feels more secure in the hand than its predecessor, and the small thumb rest at the rear is a little more pronounced. 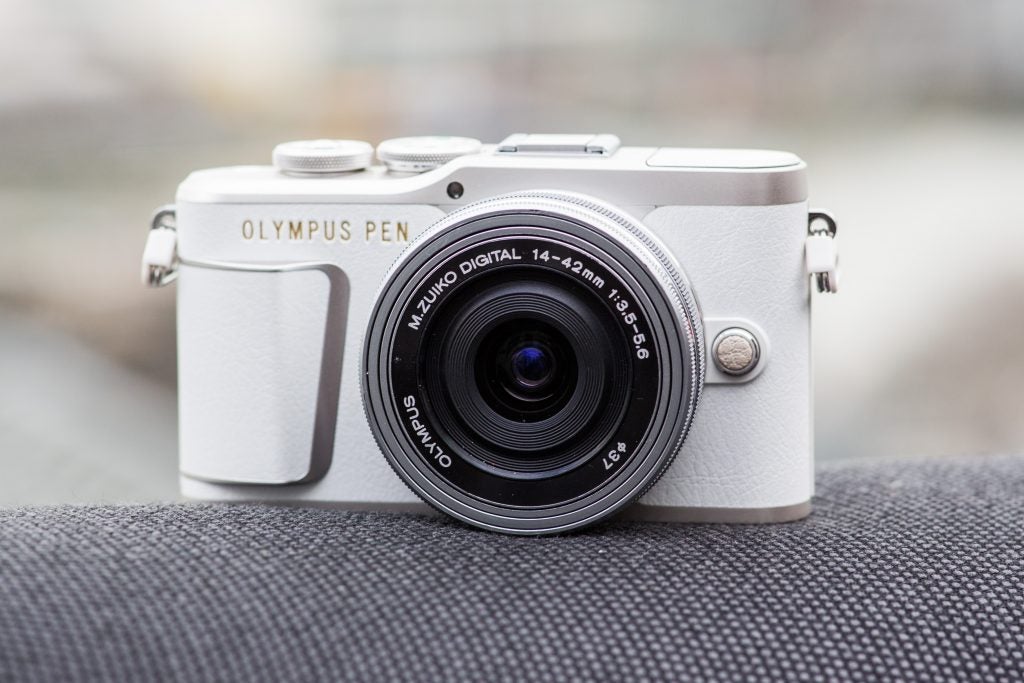 The layout of buttons is much the same as the Olmypus PEN E-PL8. However, the mode dial on the top plate is fractionally bigger and clearer. There’s a new button above the screen to manually raise the pop-up flash – a feature absent on the PEN E-PL7 and PEN E-PL8.

There’s no viewfinder on the E-PL9, indicating that Olympus clearly sees this as a camera for those who prefer to compose shots via the screen than raising it to their eye. The good thing about the older PEN E-PL8 is that it gave those who liked the idea of using it with a viewfinder the chance to do so with the VF-4 optional electronic viewfinder (£200). 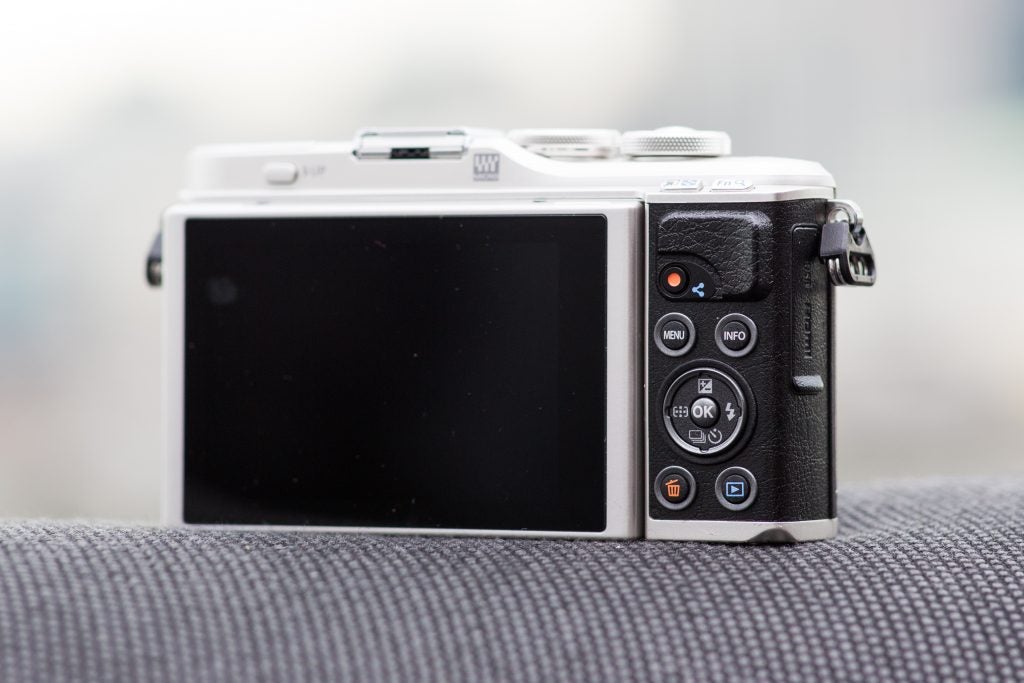 The layout of buttons at the rear is identical to the PEN E-PL8.

Unfortunately, the E-PL9 doesn’t feature an accessory port directly below the hot shoe – and, as such, can’t be used with a clip-on viewfinder. This feels like an oversight and is likely to drive anyone who wants a viewfinder to the Olympus OM-D E-M10 Mark III instead.

The Olympus PEN E-PL9 is also similar to the Olympus OM-D E-M10 Mark III in lacking a stereo microphone jack or headphone socket. Photographers searching for these features from an Olympus camera will need to look at the OM-D E-M5 Mark II and pair it with the HLD-8G external camera grip, which is equipped with a headphone jack.

The Olympus PEN E-PL9 gains a pop-up flash, looses the facility to attach an optional electronic viewfinder, and has a similar internal specification to the Olympus OM-D E-M10 Mark III.

The newer TruePic VIII processor should see the camera deliver better low-light sensitivity, for improved overall image quality in a wider range of lighting conditions. It’s very much geared towards newcomers who prefer to shoot in auto before progressing to more manual control.

It isn’t a camera that will excite many photo enthusiasts, especially when the Olympus OM-D E-M10 Mark III can be picked up for just £50 more. Nevertheless, it’s likely to get a warm reception from the growing market of bloggers and beginners who want a stylish camera that puts in a superior performance to a smartphone.