Among all the hype of the OM-D E-M1 II launch at Photokina, it would have been easy to miss the fact that Olympus also announced a new PEN camera – for the first time in two years the E-PL range has been updated.

The E-PL8 features a redesigned shape, including a flip-down screen that’s ideal for taking selfies. Internally, many of the specifications remain the same as its predecessor – including a 16.1-megapixel Four Thirds sensor, 3-axis image stabilisation technology and 8fps shooting. 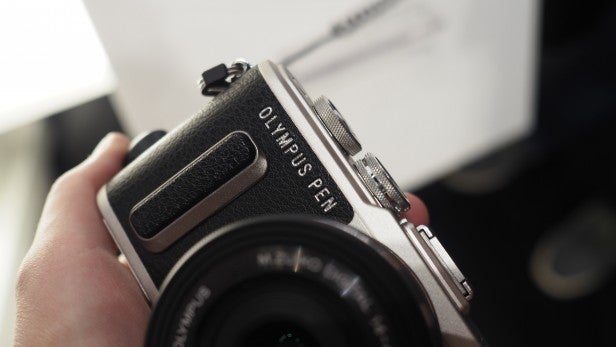 It’s outwardly that the biggest differences between the E-PL8 and its predecessor become apparent. The body is now far more rounded, and a leather finish adds a touch of class. This camera is being specifically targeted at bloggers – and I can see the logic behind the design intentions there.

The new flip-down LCD screen is perhaps the highlight for anybody who wants to take quick selfies. Many other cameras feature flip-forward selfie screens, but the advantage of the flip-down version is that the view is completely unhindered by any other part of the camera.

Not only that, but if you flip down the LCD screen to face forwards, you’ll notice that selfie mode is activated. You can use the screen to fire off the shutter release, adjust exposure compensation and apply creative art filters – of the like that Instagram is famed for.

Additionally, if you’ve mounted a zoom lens that’s electronically controlled, it will automatically zoom out to fit your face in the scene. The screen also tilts upwards, making it useful when you want to shoot from a slightly awkward angle.
Related: Fujifilm X70 review 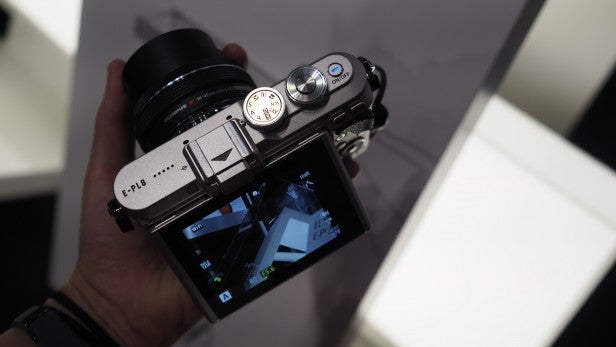 Buttons and dials are kept to a minimum – it’s clear that this camera is designed with simplicity in mind. A mode dial on the top of the camera enables you to quickly switch between the various modes on offer. Around the shutter release is a rotating dial that can be used to alter shutter speed or aperture, depending on the shooting mode you’re in.

There isn’t a large grip on the front of the camera, but there is a raised strip, along with a thumb rest on the rear. These work well together to make the camera feel reasonably secure in the hand.

Press the central OK button on the rear of the E-PL8 provides access to the quick menu; for the more extensive main menu, press the Menu button. For most every-day shooting requirements, the quick menu is likely to suffice.

Unfortunately, there’s no viewfinder with the E-PL8 as standard. Again, this is a clear indication that Olympus is targeting this camera at those more familiar taking photos with their smartphone. If you really feel you’re missing one, however, then there is an optional external EVF that can be bought separately.

As standard, the E-PL8 comes with a collapsible 14-42mm lens. This is a decent lens with which to get started, and balances well with the small size of the camera. However, if you’re thinking about portraits and so on, you may want to consider upgrading to a prime lens at some point in the future. The Olympus 17mm f/1.8 would fit particularly nicely on the front of this camera; some of the longer Olympus lenses are likely to result in a bit of an unbalanced feel for every day operation. 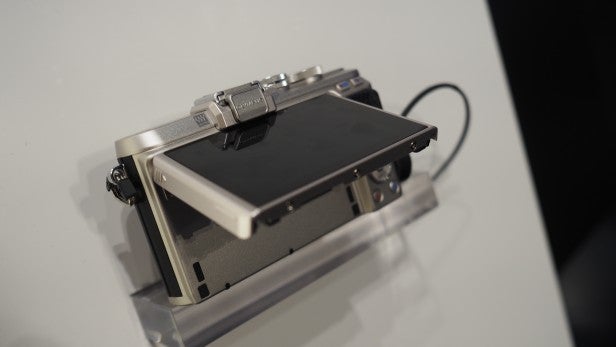 I’ve not yet been able to test the E-PL8 to get an indication of image quality. However, considering that many of the changes have been to the exterior of the camera, and to the tilting screen, image quality is likely to match the previous generation of camera.

As such, it should be possible to achieve high-quality results, especially in good light. Image quality won’t be on a par with some of the higher-end Olympus cameras, such as the Olympus PEN F, but then the E-PL8 is  available at a much cheaper price. 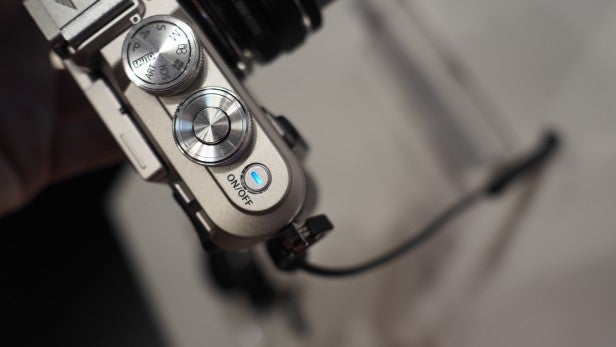 Considering that Olympus didn’t even mention the E-PL8 during its press conference at Photokina, it isn’t clear how much importance the company is placing upon this camera. However, considering the growing market of bloggers, the E-PL8 could prove a very important camera for the company.

While this camera may not be that exciting to enthusiasts, those at the entry level will no doubt enjoy its retro styling and the ability to take easy, high-quality selfies.

Look out for a full review of the E-PL8 in due course.