Of late, all of the attention has been on APS-C and full-frame cameras. It can be easy to forget the benefits of a smaller sensor – namely a smaller body and, importantly, a smaller overall system. The OM-D E-M5 Mark III is an attractive little camera, with a lightweight, travel-friendly body that's brimming with extras.

Olympus was a very early adopter of the kind of mirrorless cameras that are commonplace now. The original E-M5, announced in 2012, was a solid all-round performer that helped to focus interest on mirrorless technology in the first place. That said, since then, the rest of the market has caught up, with Olympus being a little bit left behind.

The E-M5 Mark III follows on from the success of its predecessors, with an attempt to recapture some of the thunder that has since been stolen by the likes of Fujifilm, Sony, Canon and Nikon.

In order to entice those users, it packs a lot of fantastic specifications into an impressively small and light body. You get class-leading 5-axis image stabilisation, excellent autofocusing, the ability to shoot at 30fps, and a body that is weather-sealed for shooting in a variety of conditions.

There’s one thing that you can’t get away from, however. The E-M5 Mark III uses a much smaller sensor than rival cameras, particularly full-frame models. This means you have to compromise in some ways, but it does leave you with a satisfyingly light and portable model. Is that enough to tempt you? Let’s have a closer look…

Olympus has a long heritage when it comes to camera design, and it has based its recent models on the outward designs that made it so popular in the middle of the 20th century. As such, you get a deliciously retro design, particularly if you go for the black and silver model.

You also get a satisfyingly small and light camera, which is ideal for travel and everyday use. Despite its small size, it still manages to include all the direct-access buttons and dials you’re likely to need to make quick changes to the majority of settings – a pretty impressive feat considering the camera’s compact size. 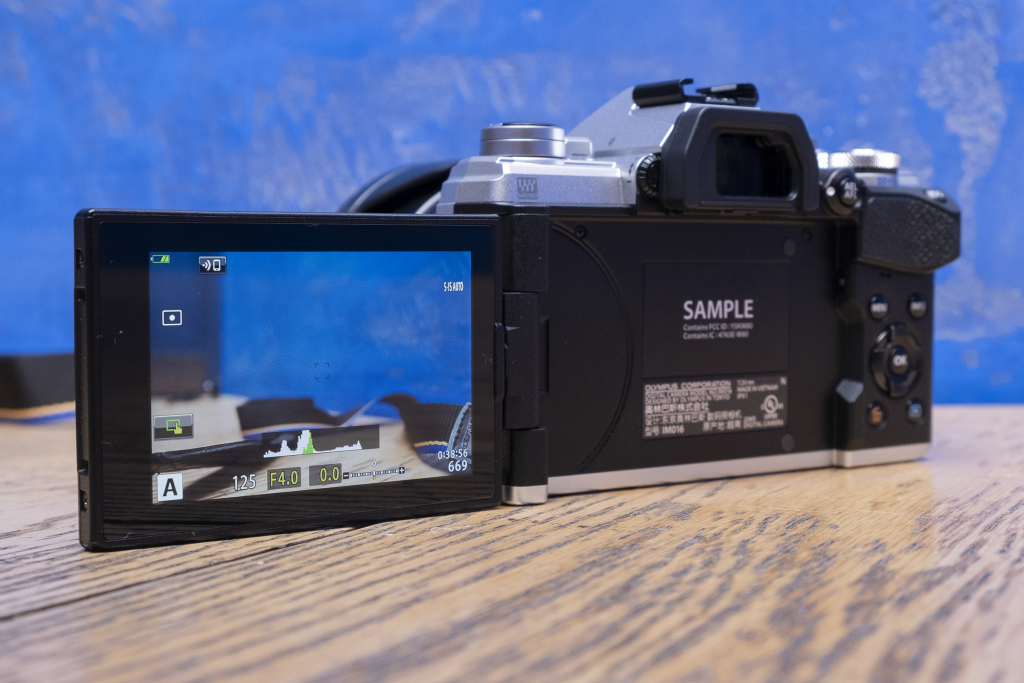 You can use either the 2.36m-dot OLED electronic viewfinder for composing images, or the fully articulating touch-sensitive screen. A neat touch for the viewfinder is the ability to display an “optical viewfinder simulation”, if that’s your preference. Many of the OM-D E-M5 Mark III’s competitors feature a tilt-only type screen, but this is far more useful for selfies, video recording or just portrait shooting from an odd angle. You can also use the screen to adjust certain settings, such as tapping to change the AF point.

The inclusion of only a single card slot is disappointing, but better news is that it is at least compatible with the faster UHS-II format cards. It would have been nice to have a backup slot, but it’s an obvious sacrifice to keep the overall size of the camera down.

One of the key improvements when comparing the Mark III with its predecessor, the E-M5 Mark II, is undoubtedly the autofocus. Olympus has taken the system it uses in its top-line E-M1 II camera and placed it into this mid-range body. That means you get split-second focusing and points that cover pretty much the entire scene in front of you. There’s also a good range of other types of focusing mode, including tracking and eye-detection, with each performing extremely well in most situations. 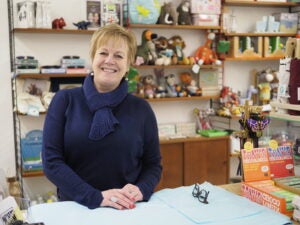 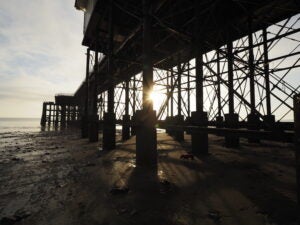 Olympus has impressed us before with its in-body image stabilisation system, and it continues here with a superb 5-axis system that allows you to shoot handheld at very slow speeds while still achieving sharp shots. This helps to make up for the fact that the sensor is smaller, as you can get away with shooting at lower ISOs to reduce noise.

One of the headline features of this model is its ability to shoot silently at 30fps. While it’s true that it can indeed do that, there are some caveats to take note of – namely, that focus is fixed at the first frame and the buffer actually only lasts for 23 shots. For a bit more practicality, you can shoot at 10fps and retain full autofocus between shots.

There isn’t space here to go into the exciting range of extra features the E-M5 Mark III includes, such as Live Time and Live Bulb, which allow real-time tracking of long-exposure shots, in-camera focus stacking, and Pro Capture mode, which starts recording before you’ve even pressed the shutter release. Safe to say, they’re all super-impressive and come in handy in a variety of situations. 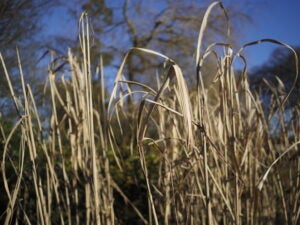 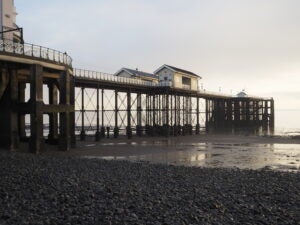 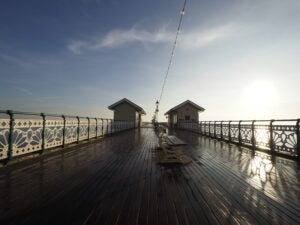 When it comes to standard stills, overall, the E-M5 Mark III delivers well-saturated, punchy images with plenty of detail. It suffers in extreme low-light situations as a result of the smaller sensor, which is something to consider depending on the type of subject you generally like to photograph.

The official rating of the E-M5 Mark III’s battery is 310 shots. You’re more than likely to get a little more than that from careful use of the camera, but perhaps less if you shoot a lot of 4K video, or are using some of the camera’s special features. It’s worth investing in a second battery to provide peace of mind, and it can also be charged via USB for quick power bursts on the go when you’re not using the camera.

Vloggers and video-makers will appreciate the external microphone port, as well as the micro-HDMI port. There’s also Bluetooth and Wi-Fi connectivity for getting your shots to your smartphone and sharing on the go.

Should you buy the Olympus OM-D E-M5 Mark III?

There’s a lot to like about the E-M5 Mark III. Olympus has packed some of its best technology into a small and light model, which doesn’t take up too much room in your kit bag. It’s also important to remember that a small camera means a small system, so you can pack the camera and a range of compatible lenses in a much tighter space than its APS-C and full-frame competitors allow.

Whether that’s worth the trade off in image quality – particularly in low light – will come down to personal preference, and the type of shots you like to take. If you’re consistently shooting in low light, it might not be ideal, but if you’re somebody who generally works in good lighting then it will be less of an issue.

It’s also a good camera to consider if you’re an amateur wildlife snapper. The smaller sensor means a crop factor – and that means getting closer to your subject with smaller lenses that aren’t going to break your back to carry around. The class-leading image stabilisation system helps for those who like to track animals on the fly, and who might not necessarily have time to set up a full tripod scenario.

If you can “get over” the E-M5 Mark III’s smaller sensor, then you have access to an incredible range of features in a well-designed, weather-sealed and travel-friendly package. It’s an easy camera to fall in love with, and should almost certainly be worthy of your consideration.