The Olympus E-M5 Mark II isn’t quite Samsung NX1-grade in terms of additional features, but it’s no slouch either. It offers Wi-Fi, integrated HDR shooting and a smart mode that merges multiple exposures to bump the resolution from 16 megapixels to 40. We’ll look deeper into this later.

One of the most interesting peripheral elements, though, is the flash. There’s no integrated flash unit, but one does come in the box. It mounts onto the hotshoe.

While not particularly large, it’s one of the most flexible flash accessories we’ve ever encountered. The flash can be turned to let it bounce off a wall rather than heading directly onto your subject, and also acts as a wireless remote for other flash units. 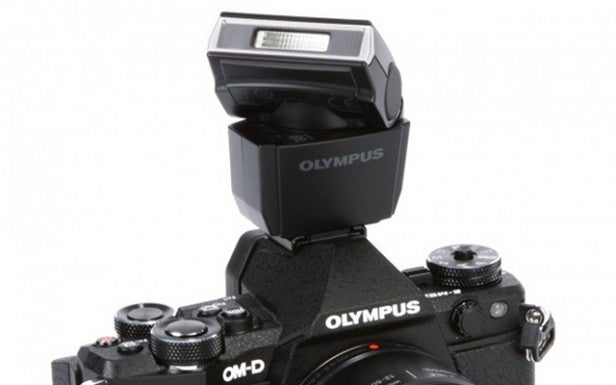 One potential disappointment is that the Olympus E-M5 Mark II does not have a phase detection autofocus system. Instead it relies entirely on contrast detection. It’s a good AF system, mind.

The Olympus E-M5 Mark II offers 81-point AF that covers most of the frame, and it works pretty well. Focusing is fast, although it’s naturally beaten by cameras with very strong hybrid systems. Take the Samsung NX1: it has 209 contrast detection focus points and 205 phase detection ones.

It’s hard to compete with a system as advanced as that. 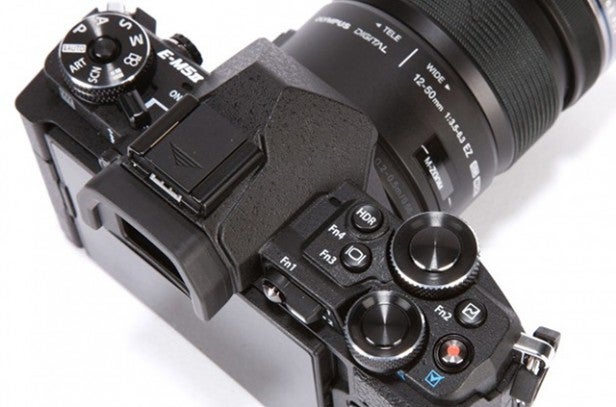 What we noticed more during our time with the Olympus E-M5 Mark II, though, was its superb 5-axis optical image stabilisation system. Not only does this make shooting handheld a breeze, it helps to bridge the image quality gap between this and an APS-C rival, of which there are many.

We were able to shoot with exposure times of up to 1/6 of a second handheld using a 60mm lens, which is four stops more than we’d usually be able to manage without OIS. Image noise starts becoming obvious at around ISO 1600, and really takes hold at ISO 3200 and above, but thanks to the OIS system, you rarely need to stray into such high ISO settings.

The Olympus E-M5 Mark II’s OIS is designed to work with any lens too, including any you may mount using an adapter, exponentially boosting flexibility. This OIS effectiveness is at the root of why we appreciate the E-M5 Mark II so much. 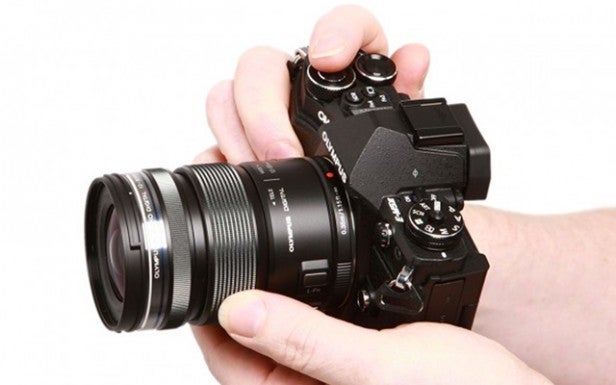 That’s not to say it’s a camera that demands no effort, knowledge or attention, though. There is a learning curve involved in the software. You can customise just about every control on the Olympus E-M5 Mark II, but its long and slightly complicated menu system does demand some active effort.

Speed performance is roughly what we’d expect of a non-burst-obsessed camera. The Olympus E-M5 Mark II shoots at up to 10fps, or 5fps with AF kicking in between each shot. When shooting RAWs, the buffer lasts for 16 frames before slowing the speed down. There are faster CSCs out there (the 15fps with AF Samsung NX1 being the real outlier), but ultimately this sort of speed will should enough for most people. 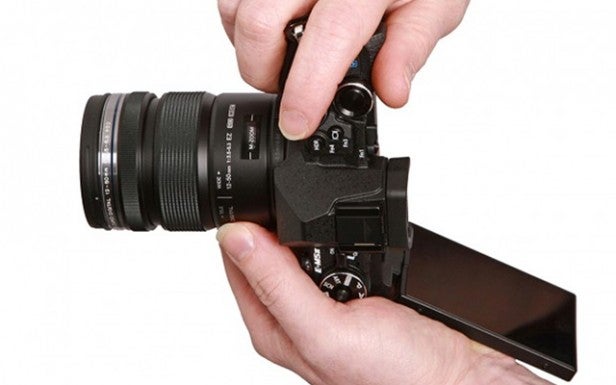 The Olympus E-M5 Mark II has a 16-megapixel Micro Four-Thirds sensor, and this is going to define the camera’s performance, especially when we’re talking about benchmarks rather than real-life use. At the price there are plenty of higher-resolution, larger sensor alternatives, and they can get you greater fine detail and superior high ISO performance. However, 16 megapixels is enough for A3 enlargements.

Upgrading to the TruePic VII processor comes with some benefits, but ultimately image quality is fairly similar to the old E-M5. And despite a wide 200-25,600 ISO range (with ISO 100 available as an extended mode), we’d advise against straying above 3200 unless you really need to.

OIS helps in dealing with these limitations, though, and its JPEGs are very solid straight out of the camera. The Olympus E-M5 Mark II’s ‘natural’ colour mode gets you vivid, but natural-looking colour, meaning you may not need to post-process shots as much as you’re used to.

Here are some shots we took with the Olympus E-M5 Mark II: 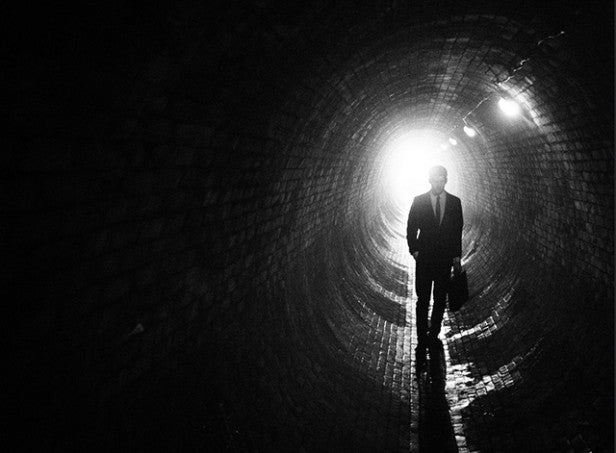 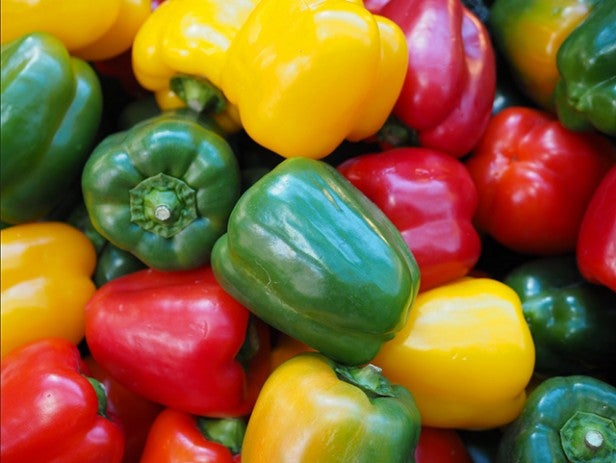 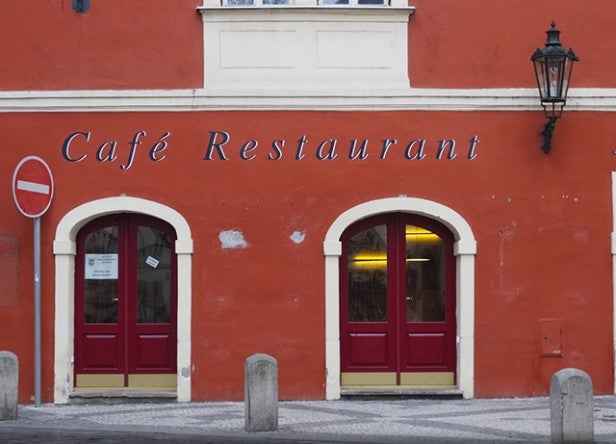 This outputs gigantic 40-megapixel shots of 100MB or more, and in the right conditions can get you an awful lot more detail in shots. What it does is to use the OIS engine to fractionally move the sensor between eight exposures, which are then brought together to create one information-rich image .

It may sound like a gimmick, but the results can be worthwhile. It’s useless for handheld shooting, though. As the Olympus E-M5 Mark II needs to capture eight images, a tripod is a must. OIS can’t help out here, as it is what powers the feature. 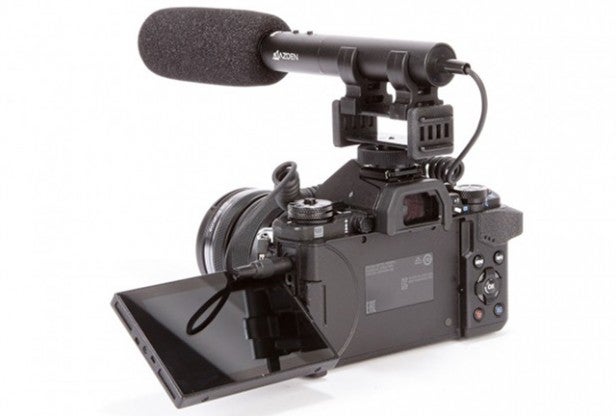 The 5-axis OIS is once again the star of the show for video. It can give footage a Steadicam-like quality that gets rid of some of that amateur feel of much handheld video work.

As with most compact system cameras, though, there’s no 4K capture. Panasonic has managed this in several of its MFT cameras, including the smaller Panasonic LX100, but it is one of the few that has made a big 4K push.

You can capture video at up to Full HD 60p, but bit-rates are better than most, topping out at 77Mbps. 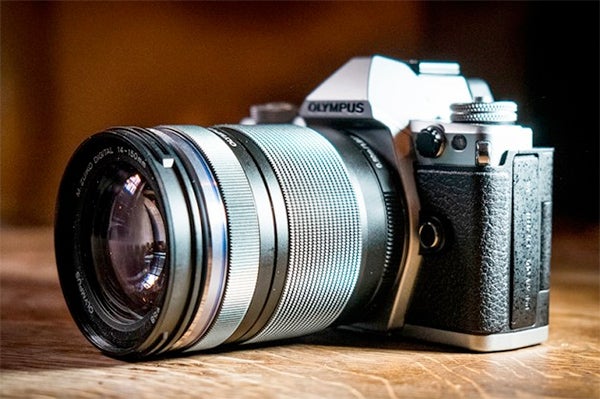 Should I buy the Olympus E-M5 Mark II?

The Olympus E-M5 Mark II is not a camera of superlative technology or images that are instantly going to squash the competition. Its appeal is about providing what’s needed to make a camera great to use while out shooting.

Superb OIS and a great new EVF make the Olympus E-M5 Mark II a great upgrade over the original, even if it doesn’t have resolution or high ISO performance that’ll make jaws drop. We’re not saying that pure image quality doesn’t matter, but that with the great OIS, the camera has the tools to let you deal with the limitations of a slightly smaller sensor.

What you end up with are great photos, from a camera that’s a delight to use. And what else are we after?

Great handling and OIS make for a camera that is a joy to use.