Olympus’s OM-D series is held in the highest regard, with both the OM-D E-M1 and E-M5 scooping multiple awards. The all-new E-M10 therefore has a lot to live up to, and faces much competition given that Olympus is targeting the camera not just at CSC newcomers but also entry-level users now confident enough to eye DSLRs such as the Nikon D5300 or the new Canon 1200D. 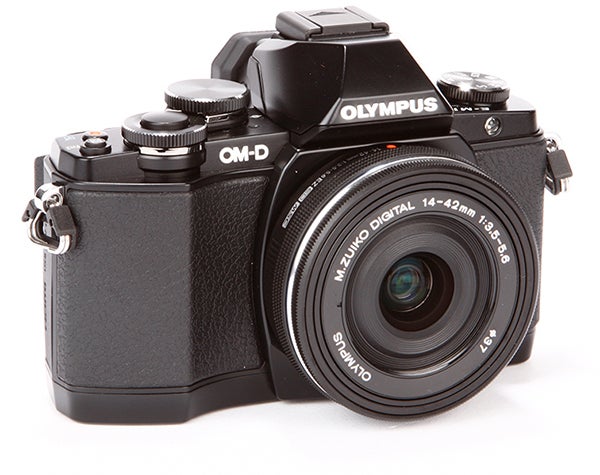 The feature set of the mirrorless E-M10 is very impressive. It contains some of the top spec technology featured in the OM-D range, and this puts it on a par with recently launched and similarly priced DSLRs.

For instance, key features include a 3-inch, 1.04-million-dot LCD touchscreen, 3-axis image stabilisation, twin controls and focus peaking, along with wireless connectivity and control via the Olympus Share app.

Although a direct comparison can’t be made due to the sensor sizes of DSLRs, the E-M10 might make a compelling consideration for those who may be comparing it to the likes of the Nikon D3300 and D5300, Canon 100D and 1200D, and Pentax K50.

None can match its 8fps burst mode shooting and only the 100D and Nikon’s D5300 equal the resolution of the E-M10’s LCD screen. 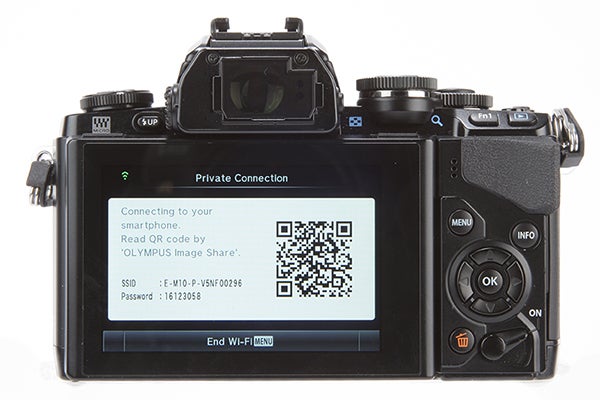 Perhaps one negative with the camera is the 3-axis IBIS in-camera stabilisation – a step down from the 5-axis IBIS in the E-M1 and E-M5 – which tackles yaw, pitch and roll.

There’s a good number of white balance presets and customisable options for more specific balancing. As well as the ability to manually set a Kelvin adjustment, there are four easily accessible slots for custom WB. This can be set by photographing a white card and applying the calculated WB.

The E-M10 offers 24 scene modes as well as 12 Art Filters, along with 7 colour presets and custom colour slots – so there’s plenty of scope for experimenting. There are another seven picture colour modes, which sees the camera apply some filtering of its own. 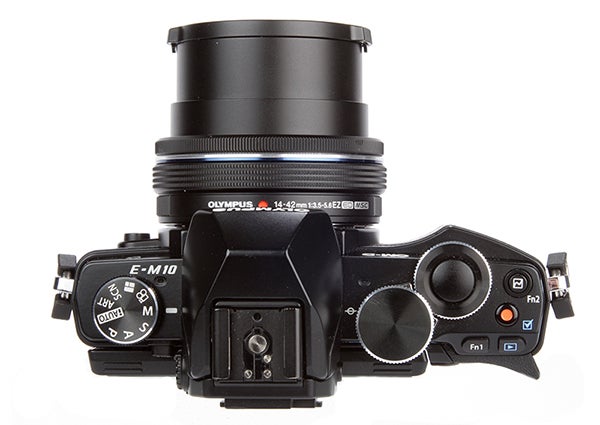 The OM-D E-M10’s AF system has 81 points, rather than the E-M5’s 35-points. It has manual focus with magnification, focus peaking, single AF, continuous AF and tracking AF modes. Also included is face-tracking AF.