As mentioned previously, the E-M1 is designed to sit above the E-M5 in Olympus’s range of CSCs, and as such is positioned as a more high-end model. Although the design is ostensibly similar, closer inspection reveals this to be the case.

One of the major differences is the model’s control layout, with some serious changes taking place. The mode dial has been moved to the other side of the viewfinder, with dedicated drive and HDR buttons taking its place on the left of the top plate. 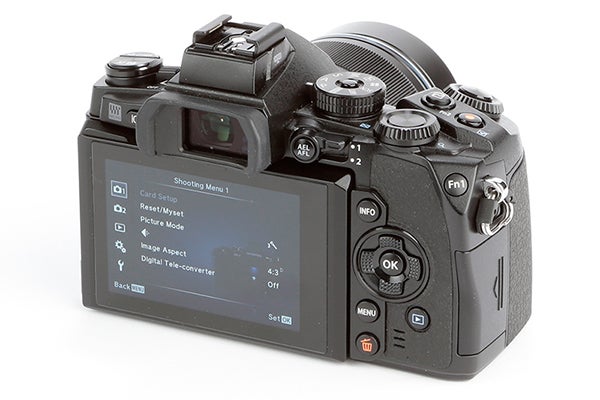 Other dedicated buttons are located around the E-M1’s body, which go some way towards giving the camera a professional feel, with AF and metering buttons joining the drive and HDR controls on the camera’s top plate.

Completing this substantial catalogue of control buttons based around the camera’s body is a pair of programmable function buttons on the front of the camera, along with another located on the rear.

The good news in that the welcome dual control dials remain, and thanks to the body of the E-M1 being somewhat wider than the E-M5 they’re now better spaced out.

The wider body also allows for a larger grip than seen on the E-M5, and as such it allows for a much firmer grip of the camera in comparison to the E-M1. Despite this larger grip and wider body, however, the E-M1 is still a lot smaller than most DSLRs with which it will ably compete.

Finishing up the professional feel and performance of the camera is the body’s construction. It’s comprised of a light magnesium chassis that is both weather-sealed and freeze proof down to a temperature of -10 Celsius. 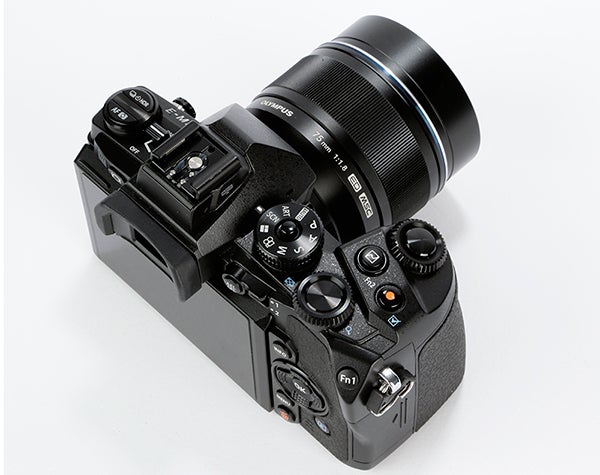 One of the welcome new features on the E-M1 is the camera’s improved LCD screen. Not only has the screen seen a jump in its resolution, but it also features touchscreen capabilities.

The touchscreen itself is a responsive unit, with the capacitive technology giving performance akin to the best smartphones on the market. It’s also welcome that the model supports both touch focus and touch shutter, should you prefer that method of operation.

Another pleasing area of improvement is the model’s enhanced EVF. While that on the E-M5 was by no means a disappointment, the almost doubling in the resolution means that on the E-M1 is one of the best we’ve seen to date. 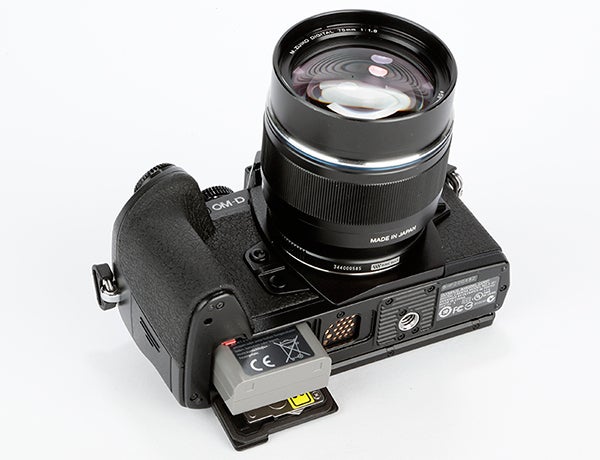 The EVF also benefits from a refresh rate of 120fps, along with impressive optics and adaptive brightness control, meaning the level of smoothness and sharpness is currently almost against equal.

The benefit of the plethora of body-mounted controls is most keenly felt when operating the camera. The combination of the two control dials and variety of customisable function buttons mean that the E-M1 is a breeze to operate and simple to switch between a host of shooting modes.

In terms of the biggest improvements in the camera’s performance, you have to look towards the all new DUAL FAST AF system.

Continuous focusing has long been something of an issue for CSCs, as the less powerful focusing systems often struggle with moving subjects. Thanks to the now on-sensor phase-detect pixels that the DUAL FAST AF system employs, focus tracking is no longer a flaw. 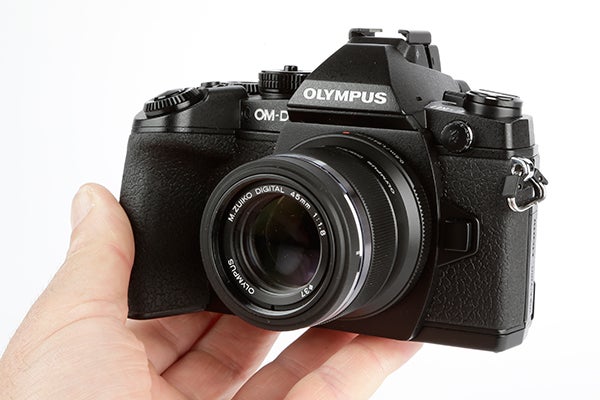 Although it’s certainly not perfect, and in some instances it does struggle to keep up, on the whole it’s a vast improvement.

The general focus performance is also pretty impressive. Although it’s not really a match for more advanced DSLRs, the 37-point AF layout will no doubt appease those who are making the move from, say, the Olympus E-5.