Having been fairly impressed by the entry-level Olympus FE-250 last week, today I’m taking a look at a mid-level camera from the company’s premium compact range, in the shape of the mju 780 (known as the Stylus 780 in the US). Launched in March this year at the same time as the E-410 and E-510 DSLRs, the mju 780 is a 7.1-megapixel pocket compact with a 5x zoom lens, 2.5-in monitor and mechanical image stabilisation. Like all the cameras in the Olympus mju range it has a degree of water-resistance; in this case it is described as “weatherproof”, in other words it’s ok to use it in the rain, but you can’t take it swimming. Or rather, you can take it swimming, but don’t expect it to work afterwards. 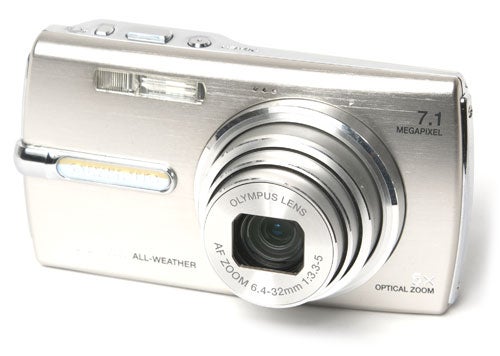 It’s a sturdily built camera, with a strong all-steel body that looks like it could survive a few knocks. Despite this it is relatively slim and lightweight, measuring 99.6 x 55.1 x 24 mm and weighing 125g minus battery and card. That’s a pretty impressive specification, especially considering the current retail price of under £170. Compared to other premium compacts it looks like a bargain. The Canon IXUS 75 is around £160, but it only has a 3x zoom and isn’t weatherproof. The same can be said of the Nikon CoolPIx S500, which costs around £150. The lovely Canon IXUS 850 IS has a 3.8x wide-zoom, but it too isn’t weatherproof and costs £235. The Casio EX-V7 is about £160, and has a 7x zoom lens, but it’s not weatherproof either. In fact the only other choices for weatherproof cameras are either other models from the mju range, the indestructible but expensive Ricoh Caplio 500G Wide (£340) or the Pentax Optio W30 (£160), although both of these camera only have a 3x zoom lens. 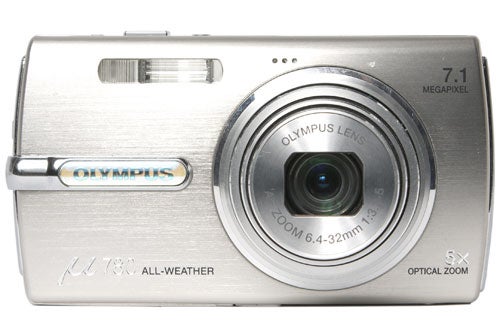 In spite of its tank-like construction, the mju 780 is a particularly sleek and stylish camera. The body has a curved wedge-like shape, thicker on the right where the controls are. The camera is available in either black or in the smooth brushed-steel finish of my review sample, which resists finger-marks and scratches and will stay looking good for a long time.

The 780 is a relatively long camera for its height, and the extra length provides plenty of room on the back for the excellent 2.5-in 230k wide-view monitor, and for the eye-catching control layout. The large rectangular buttons and D-pad have illuminated lettering, making the camera easy to operate in the dark. I particularly like this little feature, and I don’t think I’ve seen it before on a compact camera. The controls are very simple and easy to operate, with the four directions on the D-pad operating exposure compensation, flash mode, macro focusing and self timer, and separate buttons for the anti-shake mode and the Shadow Adjustment mode. This feature brightens shadows in high-contrast or backlit situations, but I found that in low-light situations it did so at the cost of vastly increased image noise in the shadow areas. Extra control is provided by a simple on-screen function menu, with white balance, ISO setting, drive mode and metering mode quickly adjustable with just a couple of button presses. 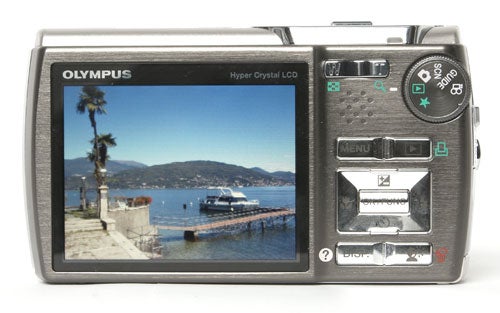 The main mode dial doubles as a thumbgrip, which is a good thing because it doesn’t have much else to do. It only carries five choices, including normal auto shooting, movie mode, playback mode, a “My Favourites” playback setting for your best shots, a scene mode with a useful list of 22 scene programs, and the “Guide” mode, which is a built-in tutorial to help you set up the camera for difficult shots. The mju 780 is a simple point-and-shoot camera, so its list of options is naturally somewhat limited. Metering modes are spot or ESP and the AF system is limited to centre spot focusing or the iESP wide-area setting. 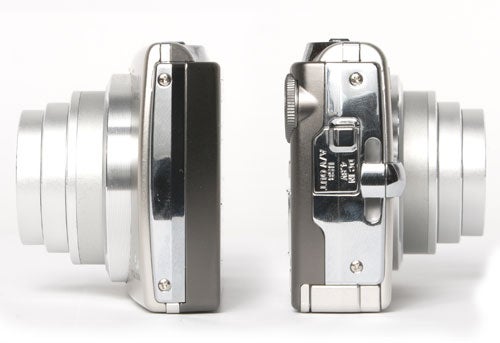 In terms of overall performance the mju 780 is very good. It starts up in a little over 1.5 seconds, which is exceptionally quick, and in single shot mode it can take a picture roughly once every 2.5 seconds, which is also above average. In full-resolution continuous mode it can shoot at approximately one frame a second with or without the flash, and in the 3-megapixel high-speed mode it shoots at approximately four frames a second, with no flash available in this mode. In both modes the number of shots is limited only by the capacity of the memory card. The AF system is also very fast, and in iESP mode it is also reasonably effective in low light, which at least means those illuminated buttons aren’t a waste of time. It has no AF assist lamp, but I found that it was perfectly capable of focusing quickly and reliably in dim lighting, which combined with its robust construction, pocket-friendly proportions and moisture resistance make it an excellent choice as a social snapshot camera, or to give it its more common name, taking photos of your mates down the pub.

One small area of concern is the battery life indicator. The camera is powered by a small 740mAh Li-ion battery, the same cell as the FE-250 and many of Olympus’ other compacts, but here it has to power a longer zoom lens and the anti-shake mechanism too. Olympus makes no particular claim for the battery duration, but I found that the on-screen battery duration indicator turned red after only about 140 shots. However I carried on shooting to see when it ran out, and the camera was still going strong after 300 shots, about half of them with flash. It seems the battery indicator only has two positions, “Battery Full” or “Red Alert”, making it a bit hard to tell when you’re likely to run out of juice. 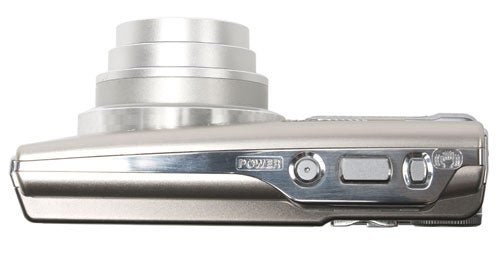 The image stabilisation system, which is I believe of the moving-sensor type, is reasonably effective, but is not the best I’ve ever seen by any means. I was still spotting camera shake on about fifty percent of shots at 1/30th of a second. In other aspects of image quality however the camera performed very well. It uses a 1/2.3-in sensor, which is slightly larger than most 7MP compacts, although not as large as the 1/1.8-in sensor in the FE-250, and while it did produce slight image noise even at the lowest setting of ISO 80, it didn’t really become a problem until ISO 400. Dynamic range was about average for a small-sensor camera, with some highlight clipping and limited shadow detail, and I did find that the exposure system was inclined to under-expose slightly, which is usual for an Olympus camera. Colour reproduction was very good though, and the overall level of detail was good for a 7MP model. The lens was particularly good, with no distortion at either end of the zoom range, and only a slight softening at the far corners of the frame. 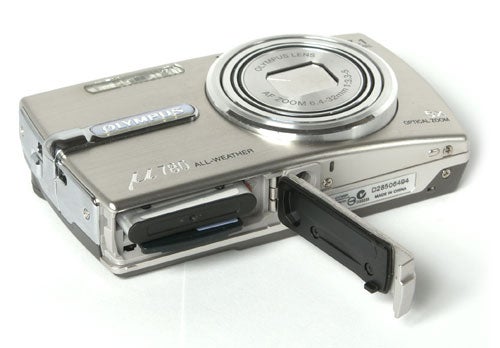 
The Olympus mju 780 is a good all-rounder, with superior build quality, stylish and practical design and good performance including low light focusing. It has an effective mechanical image stabilisation system and its wider-than-average 5x zoom range gives it versatility, however apart from these it is distinctly lacking in features, and the image quality could be better too. All in all though it is a good camera for outdoor snapshot photography, and especially for social or holiday photos. 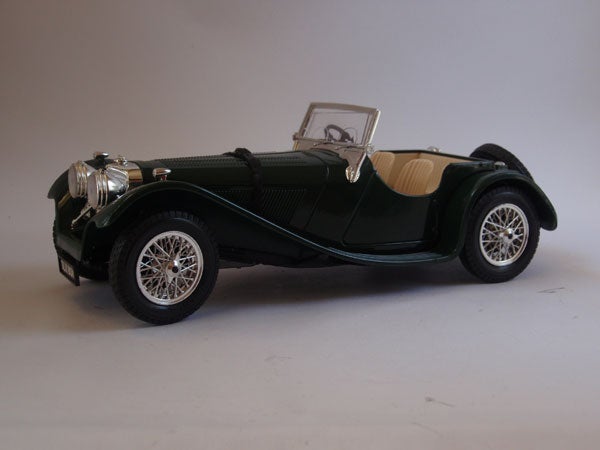 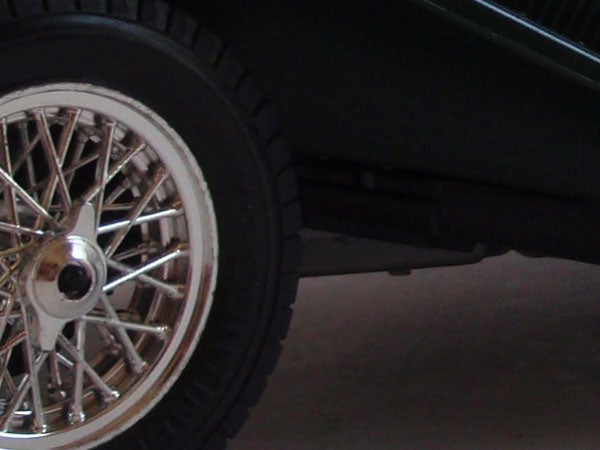 At ISO 80 the shot is a lot darker than usual, and there is visible noise in the mid-tone areas. 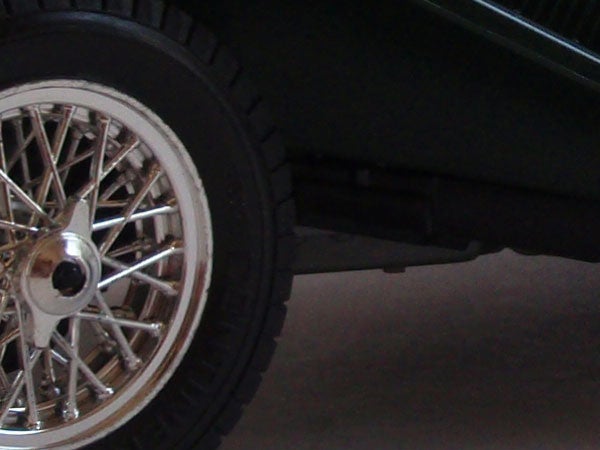 Not much different at ISO 100. 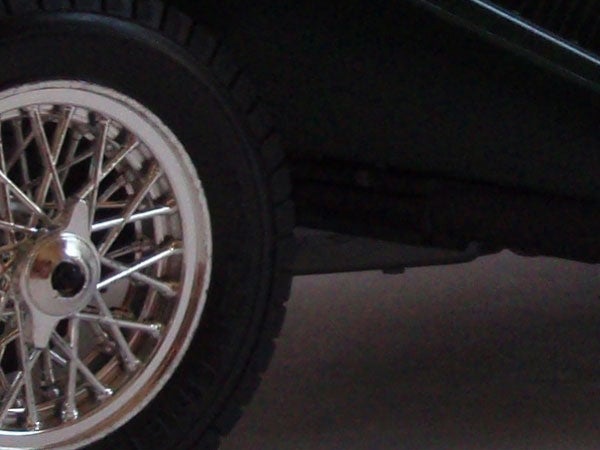 A little more noisy at ISO 200, but still not too bad. 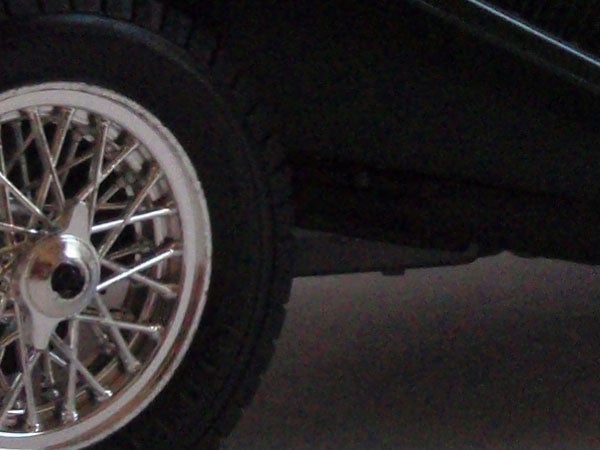 At ISO 400 the noise is now getting to be a problem, with reduced fine detail and colour saturation. 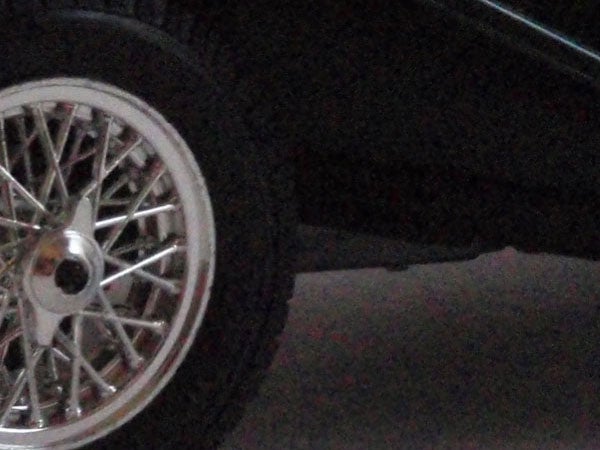 Noise is significantly worse at ISO 800, with some nasty colour distortion. 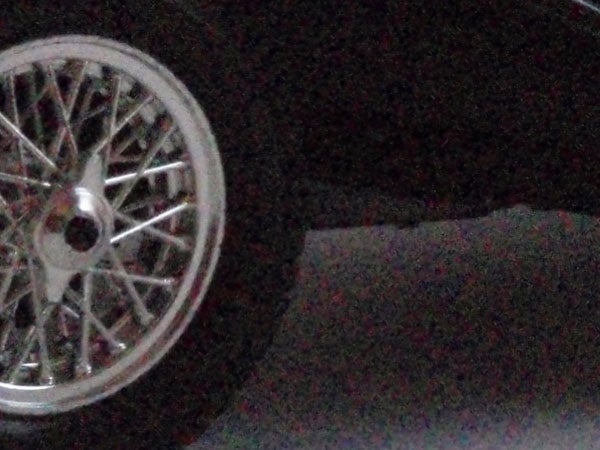 Image quality is very poor at the maximum ISO 1600, with all shadow detail blurred out and lousy colour reproduction. 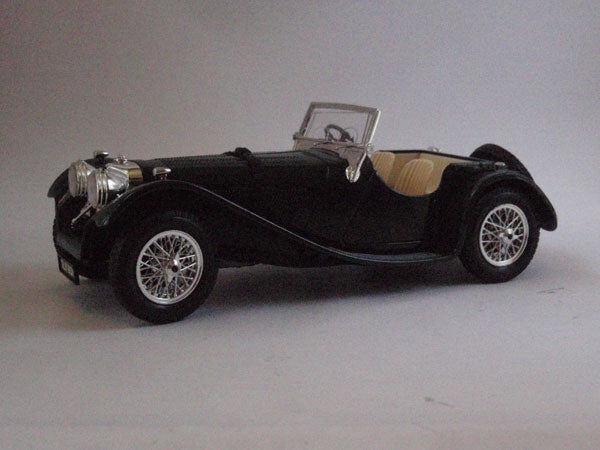 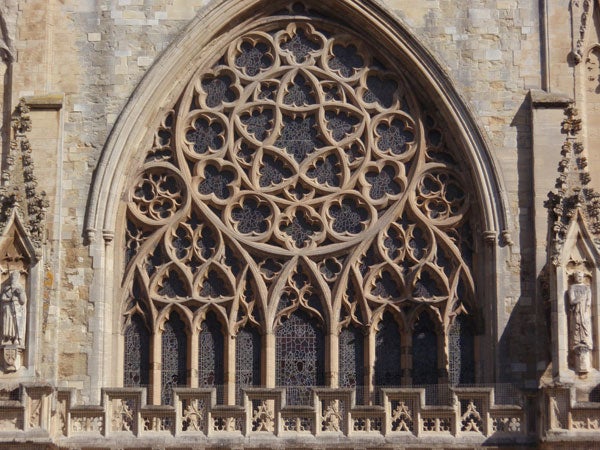 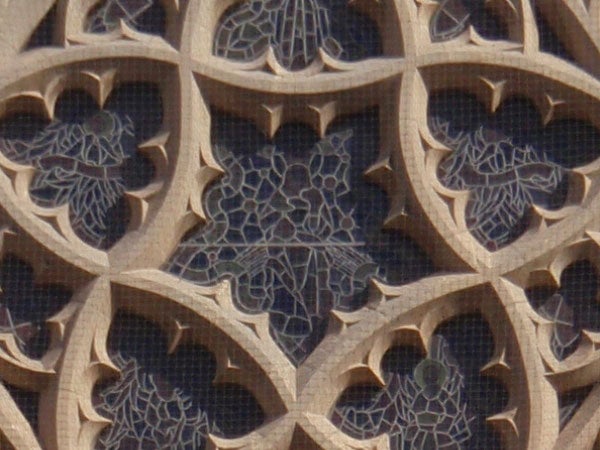 The level of detail is good for a 7MP camera, but the image noise spoils it slightly. 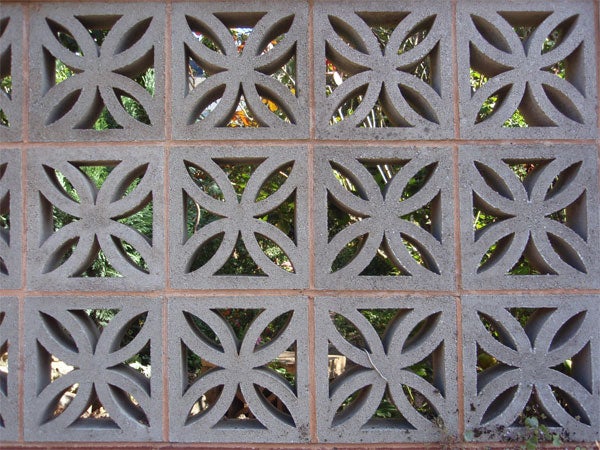 The lens performs very well, producing no wide-angel barrel distortion at all. 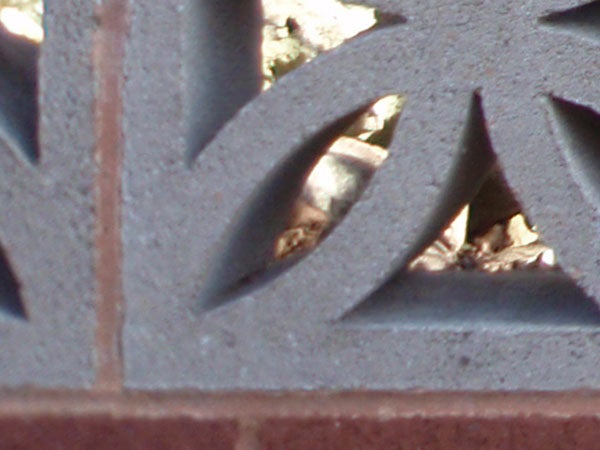 Edge-to-edge sharpness is good too, only really falling off in the very corners of the frame. 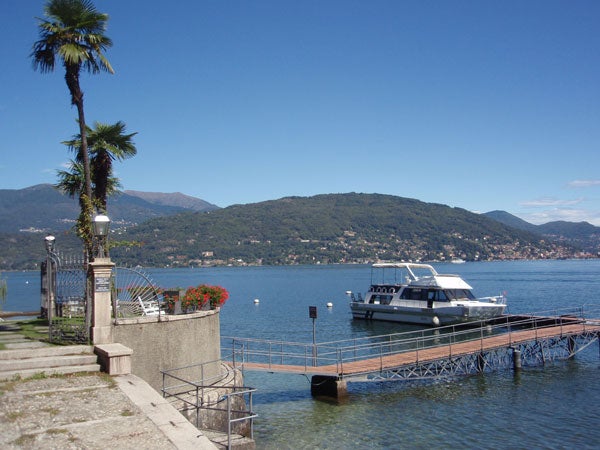 This week, I have mostly been in Italy. This was taken at the 36mm-equivalent wide-angle end of the zoom range. 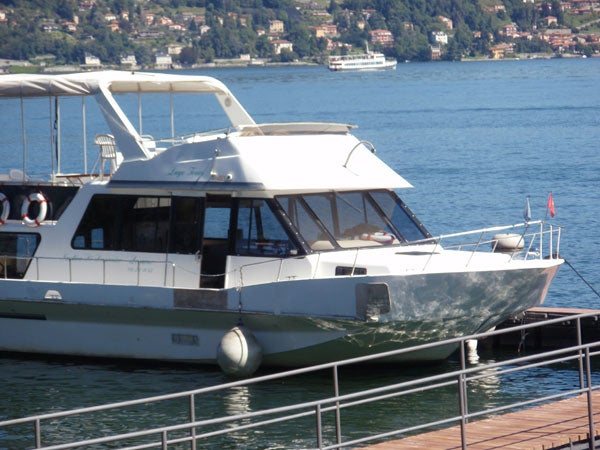 The 5x zoom lens has a telephoto end equivalent to 180mm, good for zooming in on details. 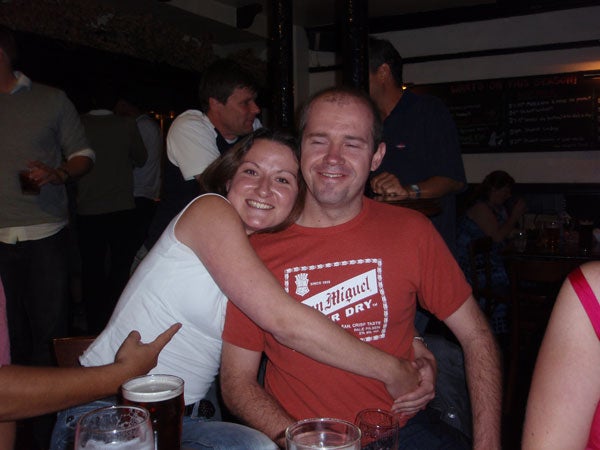 Flash metering is good, but the range isn’t all that great. 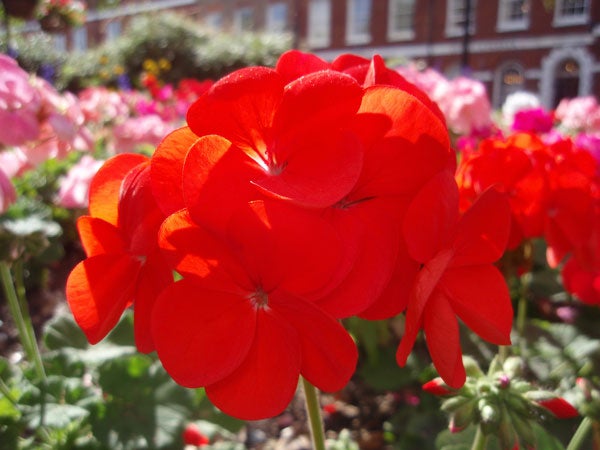 This shot demonstrates macro performance and colour reproduction, both of which are pretty good. 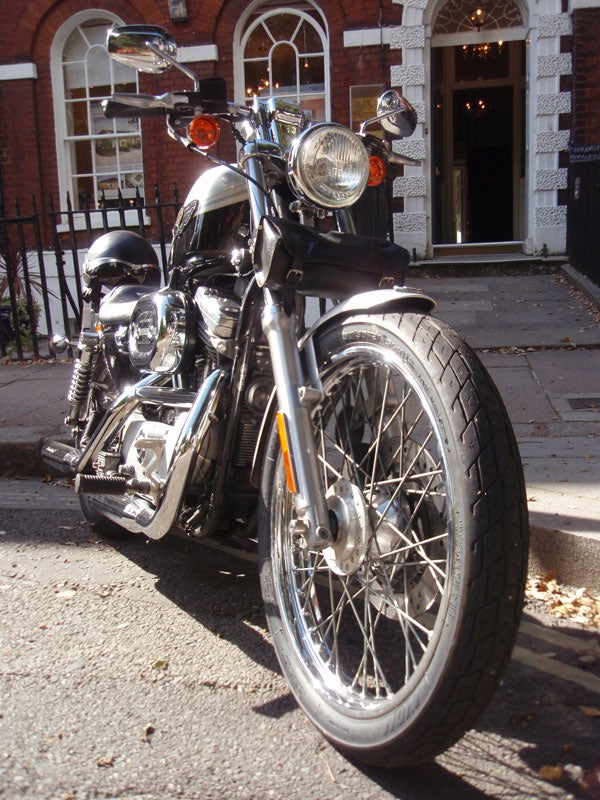 I know someone who named their son Harley. Some highlights are clipped on this high-contrast shot, but the shadow detail isn’t too bad.