On Tuesday I reviewed the Olympus mju 780, the mid-range model from the popular range of weatherproof compacts. Today I’m taking a look at a similar model from the lower end of the range, the mju 760. I don’t usually review two such similar cameras so close together, but Olympus wants its cameras back tomorrow so I have no choice. Not to worry though, because although the mju 760 does share many features with the 780 it also has several important differences and is certainly worthy of its own review. 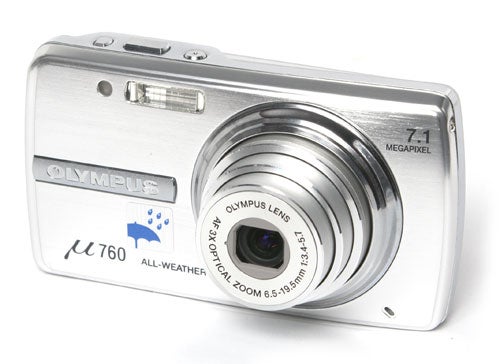 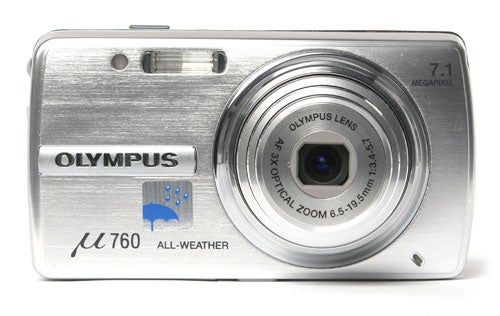 In appearance as well the two cameras are clearly very closely matched, with the same curved wedge shape, although there are a number of cosmetic differences. For a start, whereas the body of the 780 is sheathed entirely in metal, most of the back half of the 760’s case is plastic, with a metal facia over the back panel. Although it is still a very sturdily built and nicely finished camera, and is actually only five grams lighter, the 760 somehow feels cheaper and less substantial. This is not entirely illusory, since the 760 only costs around £120, some £50 less that the 5x zoom model. This low price and basic specification mean that the mju 760 is competing with budget 7MP compacts from several other manufacturers, including the new Nikon CoolPix L14 and S200, both around £130, the Pentax Optio M30 at around £140, the Casio Exilim EX-Z75 at under £110 and the Samsung L700 at £115, not to mention Olympus’ own FE-230 at around £100. Of course none of these cameras have the mju’s weatherproof credentials, so that’s one advantage it has.

Other cosmetic differences include the design of the control panel. The 760 lacks the large illuminated controls of the 780, instead offering a visually appealing but in fact rather fiddly arrangement of four buttons and a cross-shaped D-pad. As well as this it has a small partly-recessed mode dial with only six settings, a separate button on the top panel to operate the image stabilisation system, and a small rocker switch for the zoom control. Because the back panel is flat and the zoom control stands out it is actually slightly easier to operate than that of the 780. 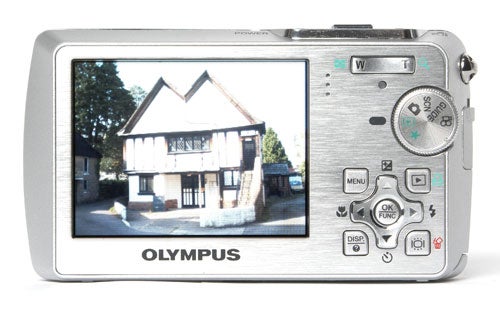 The mju 760 has an almost identical array of features to the 780, and to several of Olympus’ other lower-spec compacts. Shooting modes are limited to full auto and scene mode with the same 22 programs, including three underwater settings for use with the optional diving case. It has the useful Guide feature, in which the camera presents you with a selection of common problems such as shooting into backlight or reducing flash red-eye, then offers a solution and automatically sets the camera to the correct option to cope with the situation. I really like this feature, since it will help beginners to appreciate the capabilities of the camera, take better pictures and learn more about photography in the process.


The other shooting mode on the dial is of course the video mode, and here we find one of the major differences between the 760 and the 780. Where the more expensive model offers a 640×480 resolution, 30fps video mode (albeit limited to 10-second clips) the 760 is only capable of 15 frames a second with mono audio and only digital zoom, which is pretty weak by recent standards. An increasing number of cameras are offering even higher 30fps resolutions, including widescreen and stereo audio in some cases, and optical zoom in video mode, so this is a significant weak area for the Olympus. 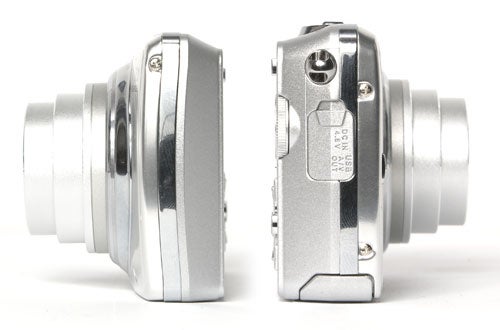 The mju 760 has exactly the same mechanical image stabilisation system as the 780, and it works exactly as well. I found that shooting at maximum zoom I was able to take shake-free shots at 1/30th of a second most of the time, but any slower and camera shake blurring was still a problem. This isn’t bad by any means, and is certainly better than those fake anti-shake systems that rely on increased ISO settings, but there are better compact camera image stabilisation systems around, including Panasonic’s Mega OIS and Canon’s optical IS systems.

Other aspects of the camera performance are also impressive. It is fractionally slower to start up than the 780, managing the task in approximately 1.8 seconds, and its single-shot shooting speed is also better than average, at approximately one shot every 2.2 seconds. In the standard full-resolution continuous mode it can shoot at approximately on shot every 1.2 seconds, but despite the claim on the official Olympus website that it can keep this up until the memory card is full, I found that even using the new, faster Type M cards it had to pause after four shots to store the contents of the buffer. In the high-speed continuous mode it can shoot at 3.6 frames per second, although only in 3-megapixel (2048 x 1536) mode. Again in variance to the official website specifications, I found that in this mode the camera could indeed keep shooting until the memory card was full.

The autofocus system is also very good, focusing in good light in around half a second, and was only a little slower in lower light conditions. In fact considering its lack of an AF assist lamp the mju 760’s low-light performance is exceptionally good. It will focus reliably in a large room lit only by a couple of candles, which is pretty impressive. 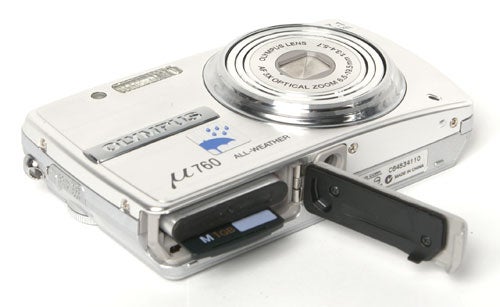 Since the mju 760 has the same sensor and image processor as the mju 780, it’s no great surprise that the image quality is almost identical. It suffers to some extent from the usual small-sensor problems of limited dynamic range and colour depth, and does have some image noise issues, but overall the image quality isn’t at all bad. There are no colour adjustments on the menu, but the automatic setting is nice and neutral, with very natural colour reproduction. Although some shadows do look rather murky the metering system proved to be very good at retaining highlight detail, possibly by slight under-exposure. As with the 780 some image noise is visible even at the lowest ISO setting, but it doesn’t really pose a problem until around ISO 400. Lens performance was also good, with minimal wide-angle distortion, good edge-to-edge sharpness and no chromatic aberration.

In most respects the Olympus mju 760 is a typical feature-starved budget-priced 3x zoom pocket compact, but superior build quality, stylish design, excellent low-light focusing and of course its weatherproof body set it apart from the crowd. Image quality is no better than most cameras in its class, but no worse either. As a basic snapshot camera it offers excellent value for money. 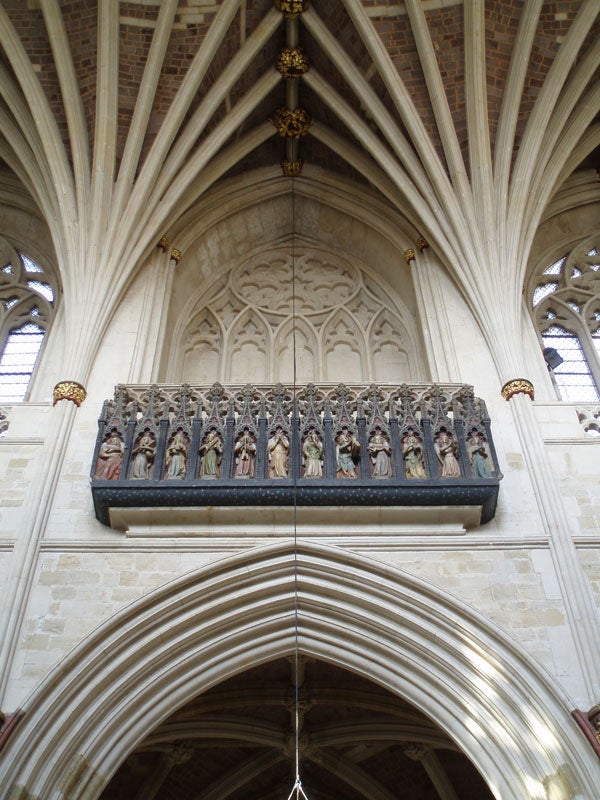 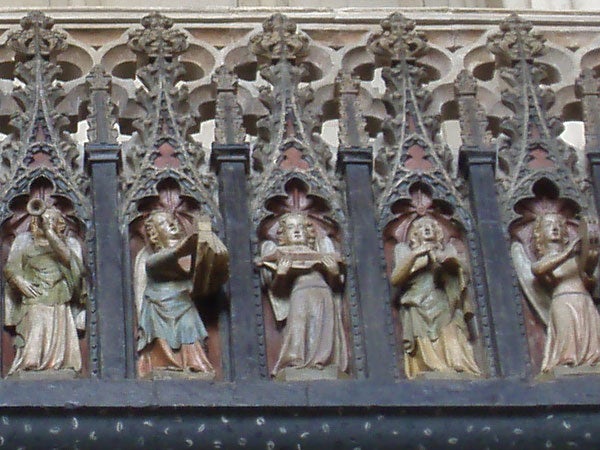 The darker tones in this ISO 80 shot have some colour mottling from image noise. 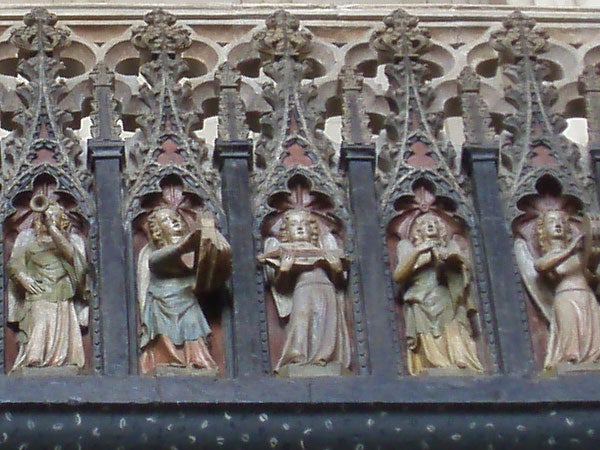 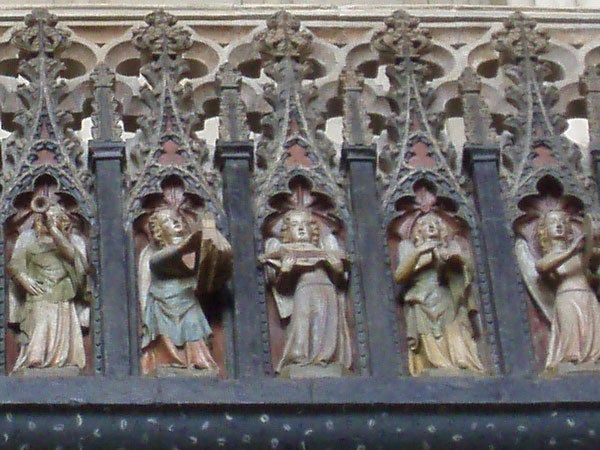 A little worse still at ISO 200, but still far from poor. 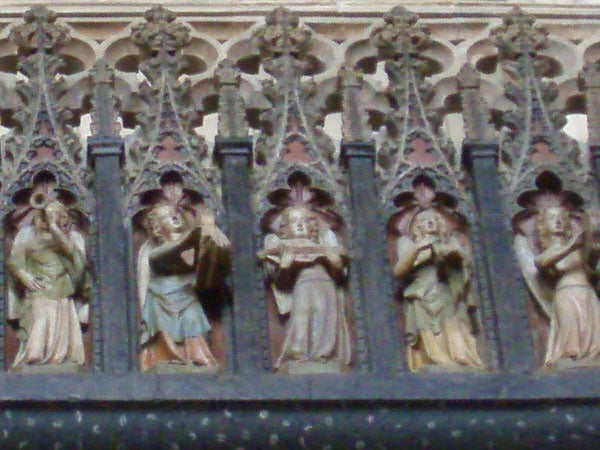 Colour mottling is very visible at ISO 400, but it’s just about printable. 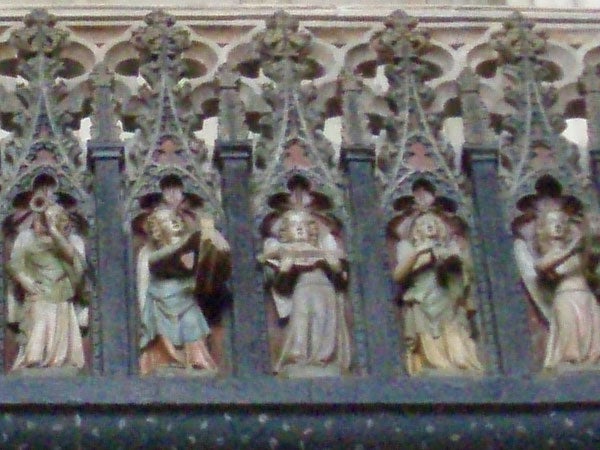 Image quality is quite poor at ISO 800, with little fine detail. 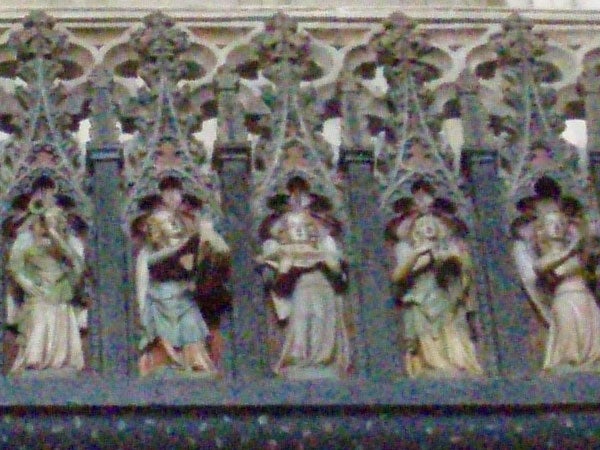 Poor image quality at the maximum ISO 1600, with colour distortion. 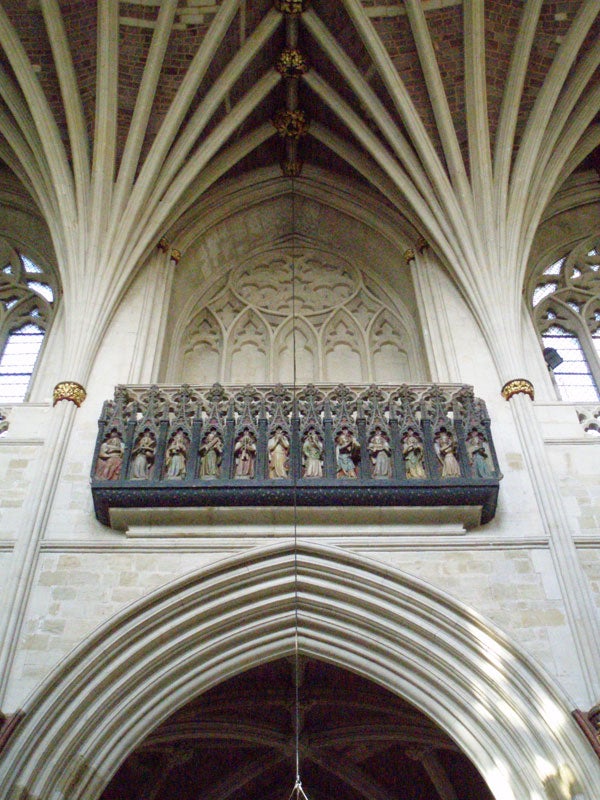 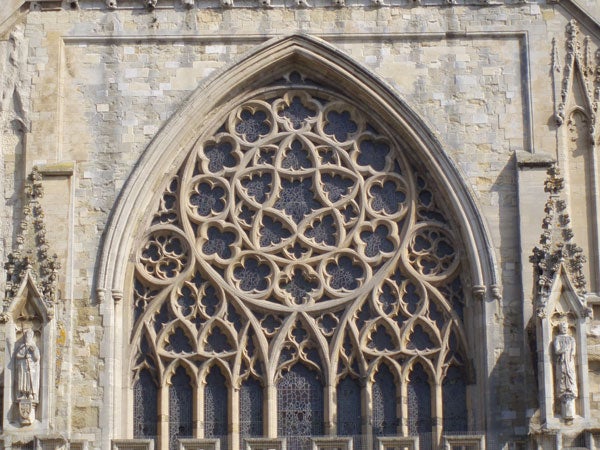 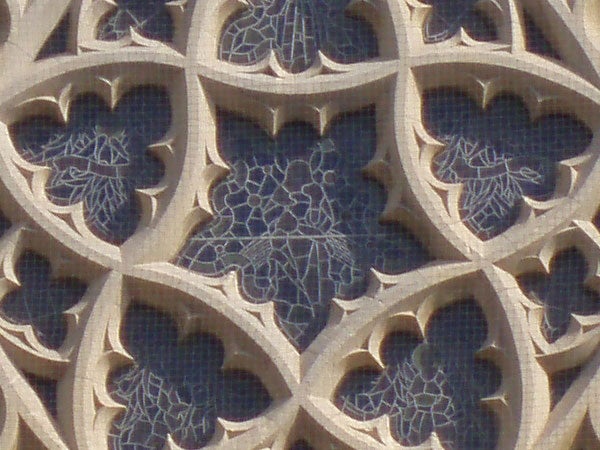 The level of detail is identical to the mju 780 also reviewed this week. 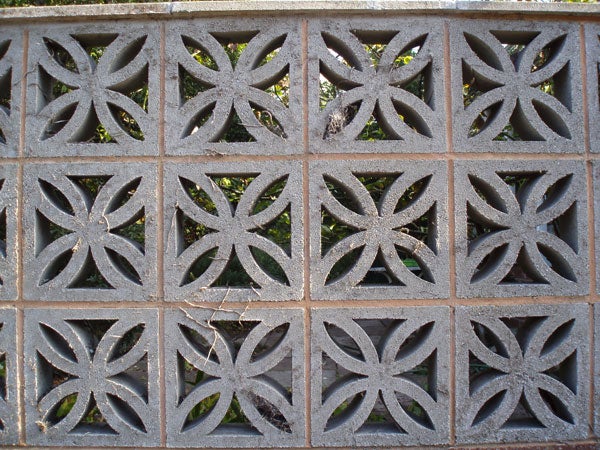 The 37mm-equivalent wide end of the zoom range produces some slight barrel distortion. 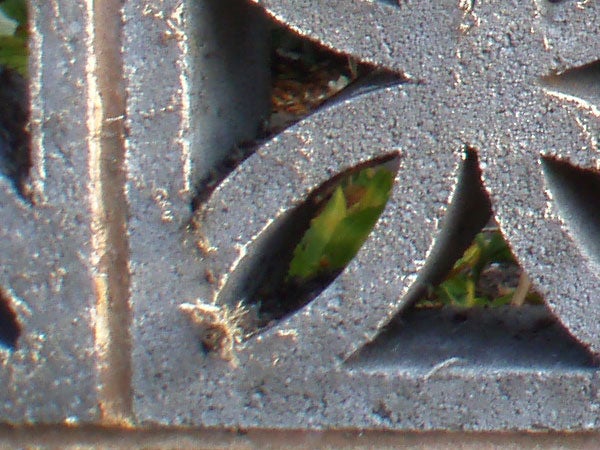 The lens is nice and sharp, except in the far corners of the frame. 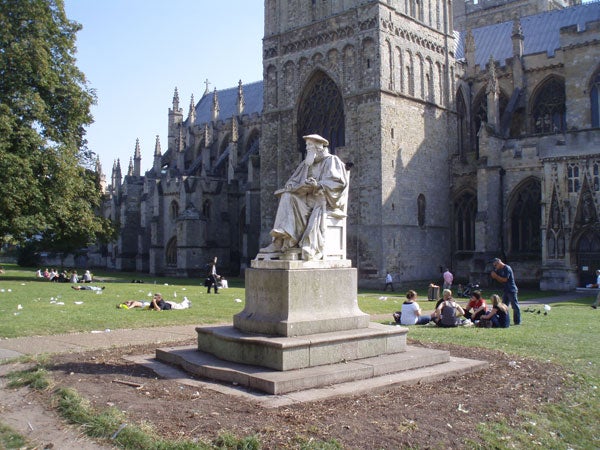 It’s the middle of the summer, Cathedral Green is a mess, and the council has ripped out the bushes that were protecting this important statue. I expect some idiot will “tag” it within days. This is the wide-angle end of the zoom range. 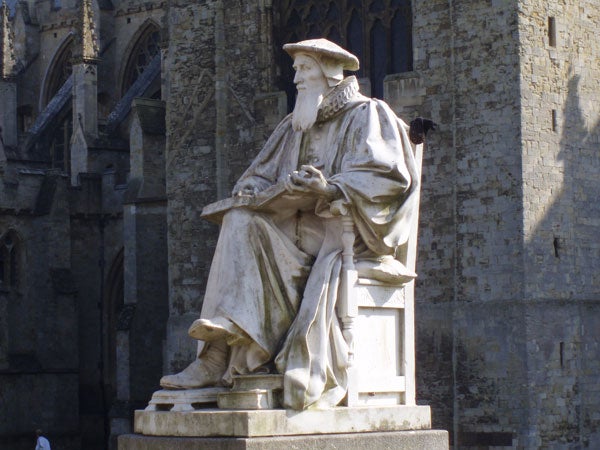 Taken from the same spot, this shows the telephoto end of the zoom range. 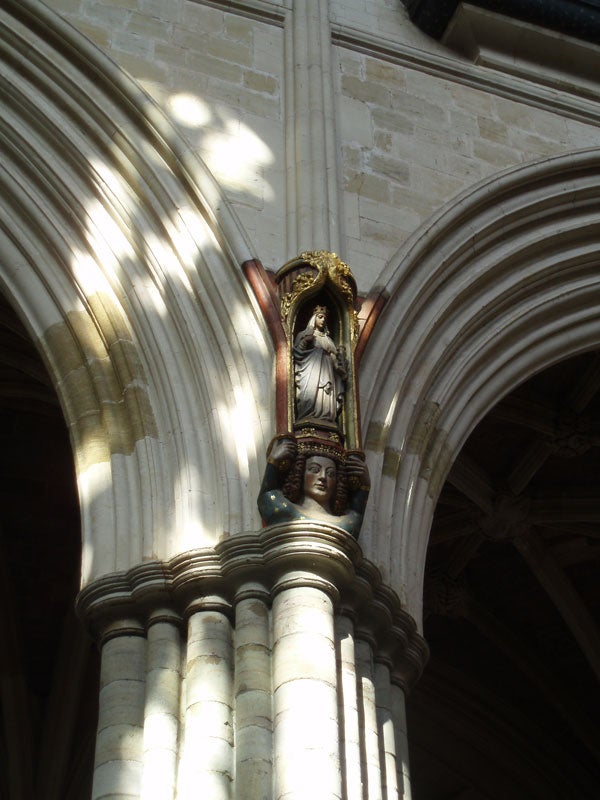 Despite the small sensor the exposure system has captured both shadow and highlight detail in this shot. 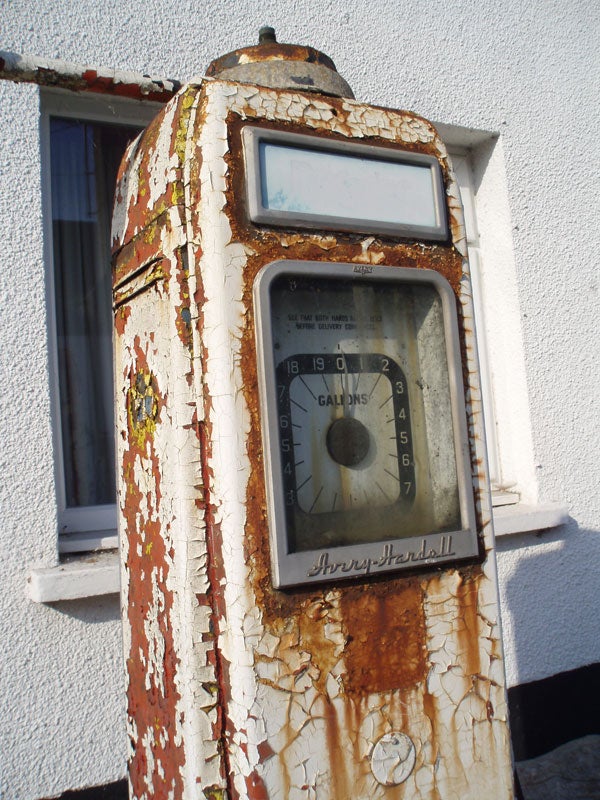 Again, this high-key shot has plenty of highlight detail and colour.