Back in June I reviewed the Olympus mju 720 SW, a seven-megapixel compact camera designed for extreme durability – shockproof and waterproof to a depth of three metres. I had several reservations about it, not least its limited battery life, over-complicated control interface and disappointing picture quality, but I guess someone must have liked it because it won the prestigious EISA (European Imaging and Sound Association) award for the best pocket camera of 2006. I can only assume they didn’t look at many others. 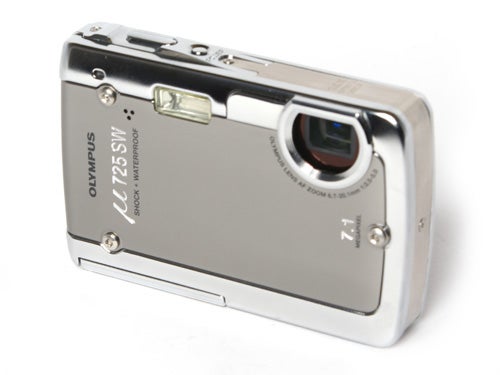 In light of this accolade, in October Olympus launched an updated version, the mju 725 SW. It looks almost identical, with the same tough industrial-looking steel body, complete with exposed Allen bolt heads. These struck me as a bit of a cosmetic pretence the first time around, so in a spirit of inquiry I undid the three on the front panel just to make sure they were real bolts. In fact one of them was a fake, but the other two held the front inset panel in place. The camera comes in three colour schemes (the Titanium version you see here, plus Deep Blue and Cherry Red) with only this inset panel being of the different colour.


The similarity between the two models even extends to the retail price. The mju 720 SW is available online for around £220, while the best price for the new 725 SW is £223.


The only real difference between the 720 and its successor is an improvement to its already impressive durability. Where the 720 was waterproof to a depth of three metres, the 725 is waterproof to five metres, a whole extra 1/5th of an atmosphere of pressure, which I’m sure will make a huge difference. 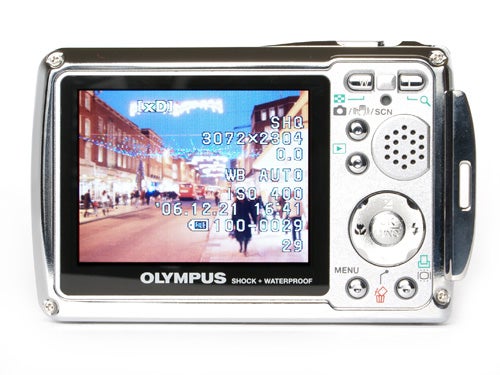 In the official description of the mju 725 the shock-proofing is rated to “MIL Standard (MIL-STD 810F)” a complex and highly specific set of testing criteria published by the US military. I’ve had a look at the relevant section and apparently it means that the mju 725 SW can withstand momentary shocks of at least 1,000 G, about fifty times what the human body can withstand. It’s very impressive, and it’s certainly reassuring to know that the camera can survive the kind of impact that would turn its owner into jam, but I’m not sure it’s actually any better than the mju 720 in this respect.

Apart from the increased diving depth the 725 has an identical specification to the 720 and shares the same components, which is a pity because some of them aren’t very good. It has the same 2.5in LCD monitor, which with only 115,000 pixels is well below the market average for resolution, and has the same highly reflective finish. It may resist scratches, but it also resists any attempt to see it in bright sunlight. 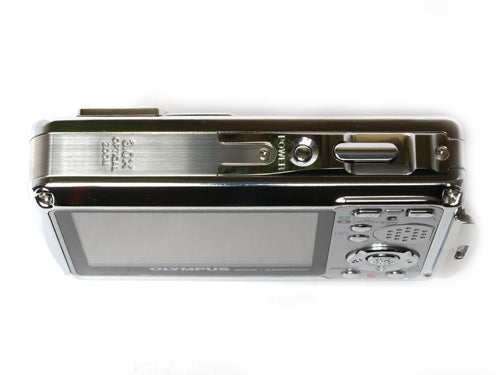 The AF system is also the same as the one in the 720. It works well enough in normal daylight, although it’s by no means slow it’s not the fastest I’ve ever seen. It’s also not too bad in dimmer indoor lighting, although here it’s noticeably slower. However it has major problems as soon as the light drops to nightclub levels or below, and despite its adventurous pretensions the mju 725 has no AF illuminator – this seriously limits its ability to take photos after dark. This is odd, because Olympus claims that low light photography is one of the camera’s strengths. It features “Bright Capture technology“ which means a maximum ISO setting of 3200 and the monitor automatically brightens in low light to help with framing, but this seems pointless if the camera can’t focus.


The camera’s performance figures are, unsurprisingly, also unchanged from the previous model. It starts up in a respectable 1.5 seconds, and in high-speed continuous mode it can manage twelve shots in five seconds before it has to pause to write to the card. In this mode however it is limited to 2,048 x 1,536 (3MP). At full resolution (3,072 x 2,304) and maximum quality the shooting rate drops to three shots in three seconds before pausing. A 1GB xD-Picture card is enough to store 295 shots, although it also has 19MB of internal memory, enough for another five shots.


The video mode is very slow, with a maximum frame rate of just 15fps in both VGA and QVGA resolutions. This is well below average for a modern pocket compact. 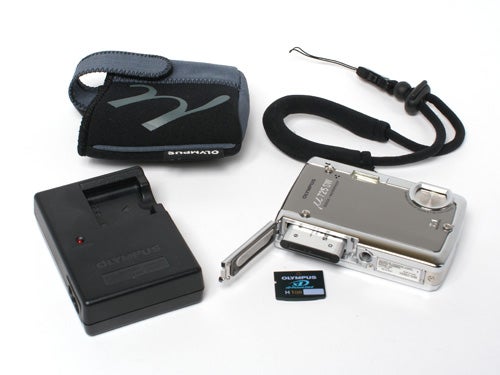 In my review of the mju 720 I expressed concern about the battery duration. I have those same concerns about the 725, and for the same reason. It is powered by the same very small 740mAh battery as the 720, and again I was only able to take around 100 shots on a full charge.


I really don’t get the logic behind this. If you’re setting out to make a camera specifically designed for adventure travel and built to survive out in the wilds, surely it would make sense to give it a battery that could last more than one day away from its charger? Many other cameras of a similar size have batteries with 300 shot capacity, so it’s not like it’s technically impossible.

Unfortunately the 725 also has the same 3x zoom lens as the 720, a very slow f/3.5 – f/5.0 unit with a focal length of 6.7 – 20.1mm (equivalent to 38 – 114mm). I was really hoping that this would have been improved, because when I reviewed the 720 I found that the lens suffered from serious spherical distortion at wide angle as well as chromatic aberration and softness around the edges of the frame. I guess the EISA must have missed that part.


Unsurprisingly it has exactly the same faults on the 725, and so the comments that I made about that camera’s picture quality apply to this one too. As well as the problems with the lens, I found that the images were over-processed, suffered from colour noise even at 200 ISO, and had visible compression artefacts.

Unusually for an Olympus camera I also found that the light meter tended to under expose, resulting in pale washed-out colours. Also the restricted dynamic range seriously limited the amount of shadow or highlight detail. All in all a very disappointing performance from a camera which should have been so much better.


This might be the most pointless upgrade I’ve ever seen. The mju 725 SW is identical to its predecessor the mju 720 except for an extra two metres of underwater depth. It has all the same faults as the previous camera, and there are plenty of them. If you need a camera to take diving, buy a Fuji F30 or Canon A540 with an underwater case instead. 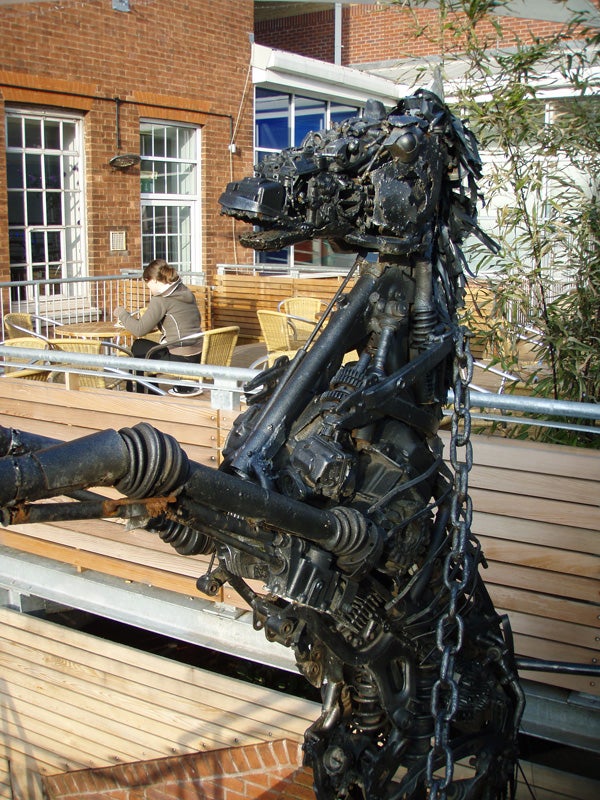 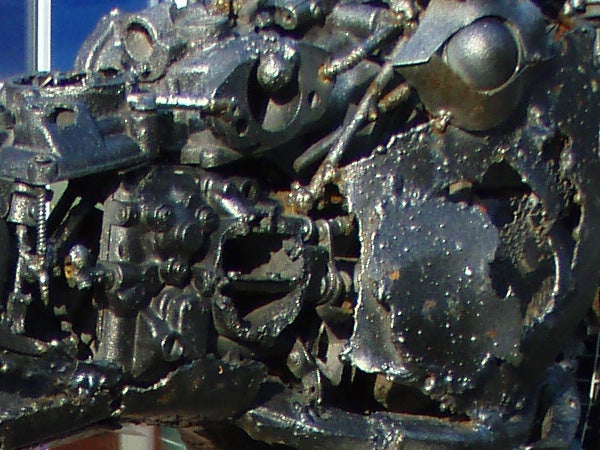 At the minimum setting of 80 ISO the image is relatively noise free, but still looks over processed and has visible compression artefacts. 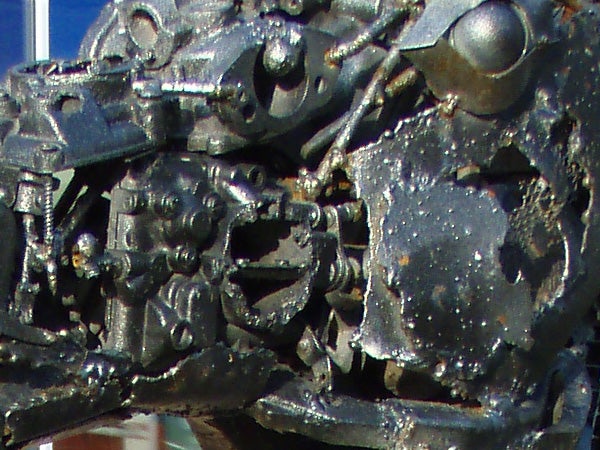 At 1/3rd of a stop faster, 100 ISO produces virtually identical results as the previous image. 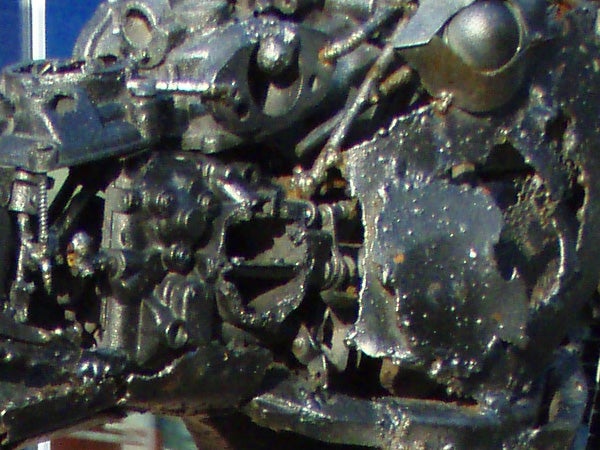 Already at 200 ISO there is visible colour distortion and image noise, loss of contrast and shadow density, and the image is over exposed. 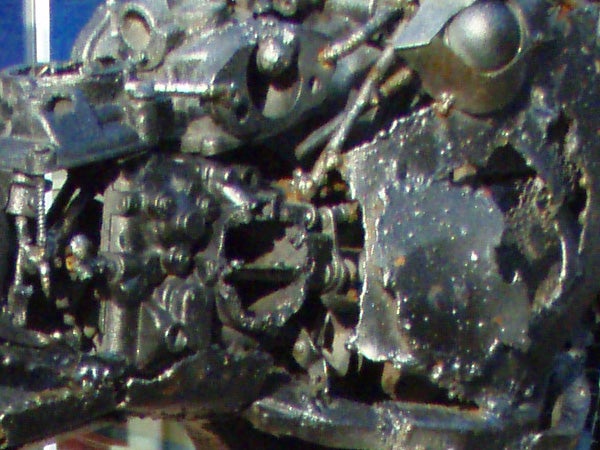 At 400 ISO there is plainly visible image noise and colour distortion, and the image has lost a lot of fine detail. Overall quality is low. 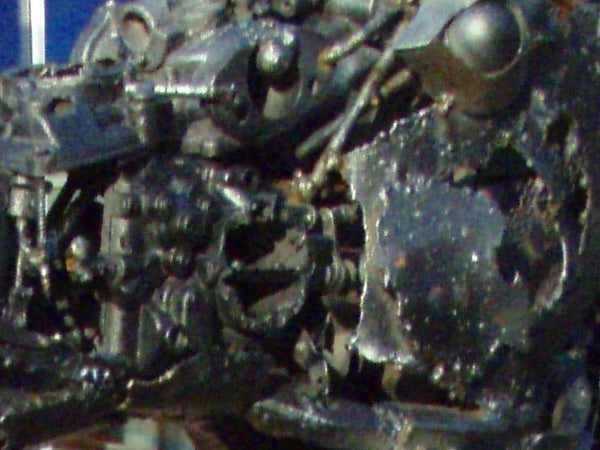 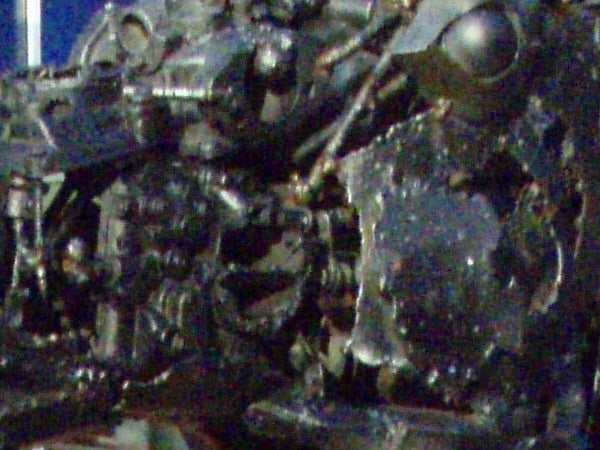 At 1600 ISO the image has lots of coarse-grained image noise right across the frame, which would show up on even a small print. 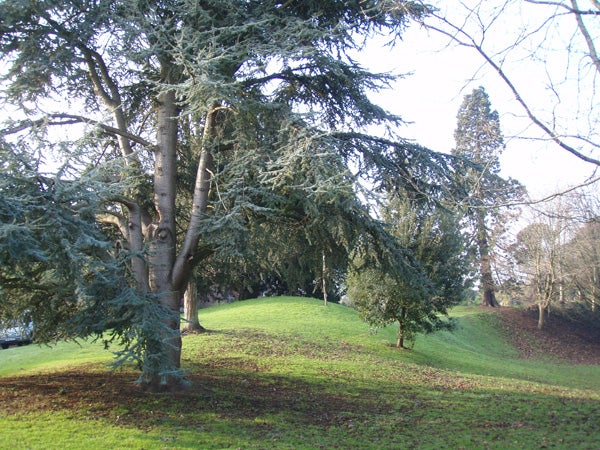 Shooting at an angle to the sunlight, I was expecting this image to be much better. The light metering system has seriously under-exposed the shot. 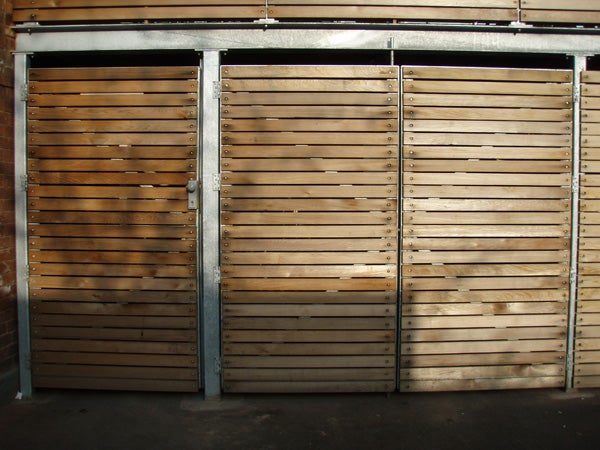 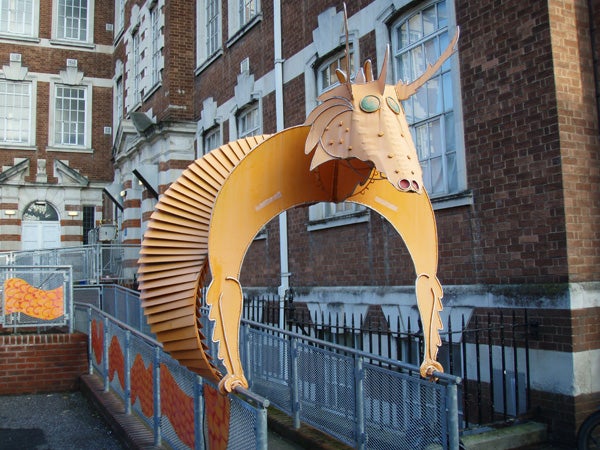 The mju 725 has a wide angle setting equivalent to 38mm, not really wide enough for panoramic shots. Note also that the shot is under-exposed and the colours look pale and washed out. 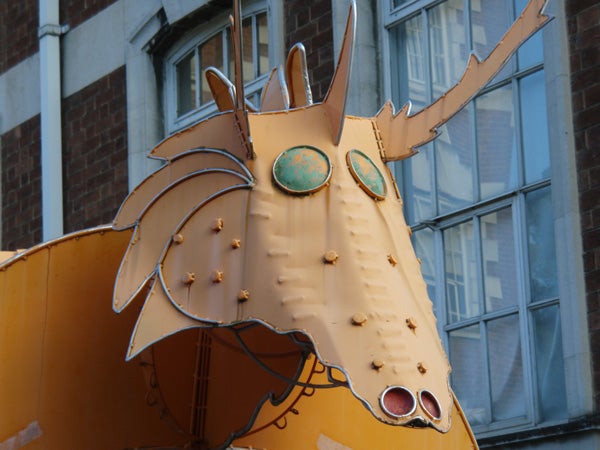 Taken from the same position as the shot above, this shows the extent of the 3x optical zoom, with a telephoto end equivalent to 114mm. 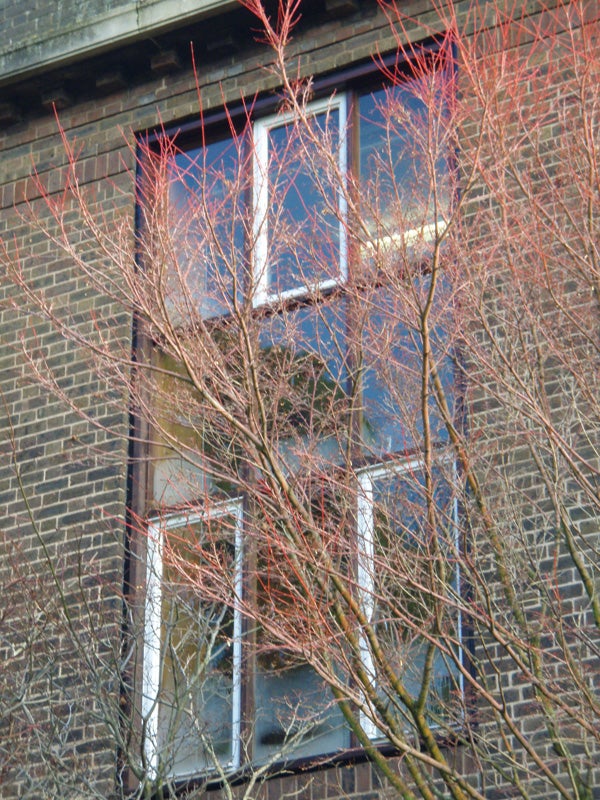 In reality, these branches were a deep bright red, but the 725 has over-exposed the shot again, resulting in pale and under-saturated colours. 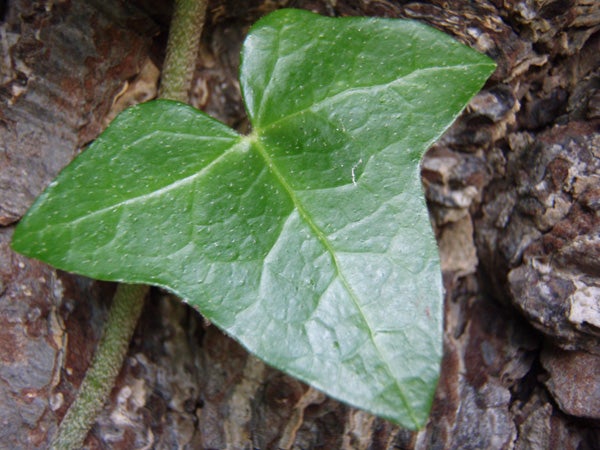 The 725 has a minimum macro focus range of 7cm. Not particularly close really.