I don’t tend to review many budget cameras, because if you’re looking for the cheapest option you don’t usually need a review to tell you what you’re going to find. Typical budget compacts have a very limited set of features, with low quality 3x zoom lenses, poor performance and distinctly sub-standard build quality. Therefore I was somewhat surprised to discover that Olympus has added to its FE series of budget compacts the FE-5020, which sports a 12-megapixel sensor, a 5x zoom lens with a 24mm-equivalent wide-angle and a 2.7-inch 230k LCD monitor, all for a price of only £125. I had to take a look. 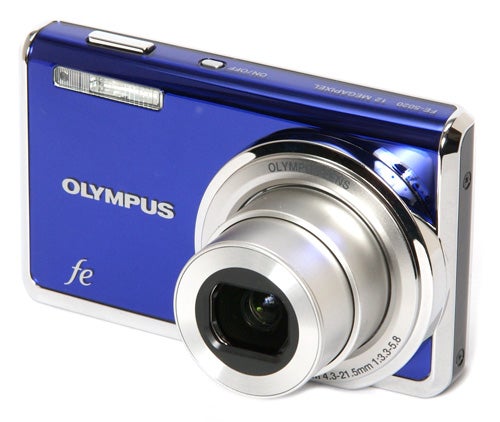 I’ve reviewed quite a few previous FE series cameras, and the fairest thing I can say about them is that some have been better than others. There were a few really dire ones, such as the 2006 FE-150, the 2007 FE-230 or the 2008 FE-290, but some others were really not bad, such as the 2007 FE-250 or last year’s FE-340. The FE series has always been at the lower end of the Olympus product line, and a long way from the company’s flagship cameras like the E-620 digital SLR or the innovative Pen E-P1.


At first glance the FE-5020 looks like any typical low-cost ultra-compact. It has an all-plastic body, and is available in a range of four colours; black, brown, metallic blue or white, with chrome-coloured plastic trim. It’s a very slim and lightweight camera, made for slipping into a shirt pocket for a night out, and is designed with an eye to style. The overall build quality is about what you’d expect for a budget camera. The actual fit and finish is reasonably good, but the materials feel cheap. The plastic is quite thin in places and the camera feels a bit flimsy and fragile, especially the battery/card hatch which looks like it could snap off with little provocation. 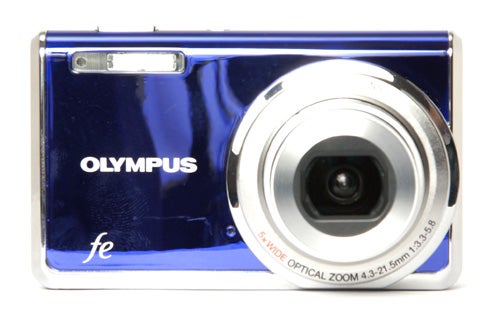 The deep colour and shiny finish of the body certainly looks good, but the high-gloss surface feels quite unpleasant to the touch, with an almost oily quality. It is very difficult to grip securely, and the crowded rear panel leaves no room for the thumb, which makes the camera awkward to handle. It’s very difficult to hold the camera one-handed without blocking the flash with the right middle finger. The controls on the back are cheap-looking rounded transparent plastic buttons which provide little tactile feedback, with recessed labels that are difficult to see in dim light.

The FE series has always been a bit light on features, and the FE-5020 is no exception. To its credit it does have a zoom range equivalent to 24-120mm, and as far as I’m aware it’s by far the cheapest camera to feature such a wide angle lens. The LCD monitor is a decent size and adequately sharp at 230k, and the viewing angle is quite good in every direction except downwards, where it would be most useful. 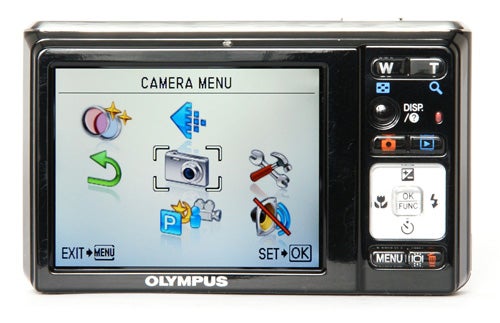 Apart from zoom range and screen size the FE-5020 doesn’t have much else to offer. It has no continuous shooting mode, no spot or centre-weighted metering, only a low-quality digital image stabilisation option, and the video mode is limited to VGA resolution at 30fps, with mono audio via a low quality internal microphone. Even the self timer has only a 10-second delay. However it does feature face detection of up to 16 faces, and even subject-tracking AF, although this didn’t appear to work as well as most other similar systems that I’ve seen. 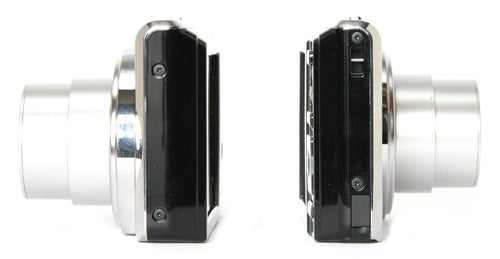 Repeatedly pressing the red Capture button cycles through the camera’s main shooting modes; Program Auto, an iAuto “easy mode”, the aforementioned digital-only Anti-shake mode and Scene Mode, which includes 14 basic scene programs. As well as these the menu has some extremely unpleasant “Magic” filter effects, and a panorama stitching mode. Despite this dearth of useful options the menu system still manages to be too complicated, spreading what little it has to offer over no less than six sub-menus.

The FE-5020 does have a surprisingly fast start up time of approximately 1.6 seconds, but the shot-to-shot time of 3.4 seconds in single shot mode is quite slow, but that’s as fast as it’ll go, because as I mentioned the FE-5020 has no continuous shooting mode. 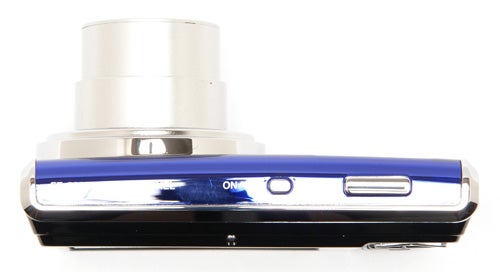 The autofocus system is fast enough in good light, but isn’t terribly accurate, often focusing on the background rather than the subject. In dim light is slows right down, taking several seconds to realize that it can’t actually focus at all. It has no AF assist lamp, so it’s pretty much useless for social snapshot photography. The flash is also somewhat underpowered, with a maximum range of barely two metres at 100 ISO.


The optical quality of the lens isn’t brilliant, but to be fair I’ve seen a lot worse. It produces a little barrel distortion at wide angle, but the telephoto end is relatively distortion-free. Overall sharpness isn’t too bad either, although there is a little chromatic aberration visible in the corners of the frame. 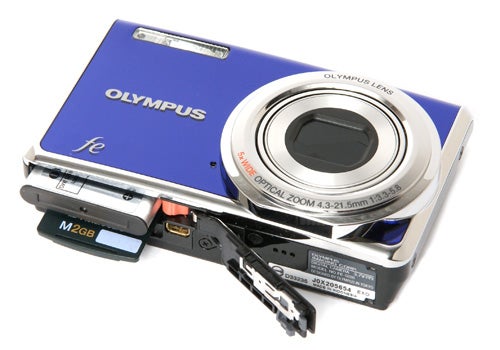 Overall image quality is a bit disappointing even for a budget camera, with consistent over-exposure resulting in burned-out highlights and pale washed-out colours. As with most 12MP compacts image noise is a problem even at quite low ISO settings, and visible colour distortion at at 400 ISO. At 800 and 1600 ISO images are so noisy as to be barely usable.

As a low-cost ultra-compact the Olympus FE-5020 does offer a greater zoom range and a wider wide-angle than anything else of comparable price, but its awkward handling, limited range of features, poor performance and lack of low-light ability, as well as its disappointing overall image quality limit its appeal. 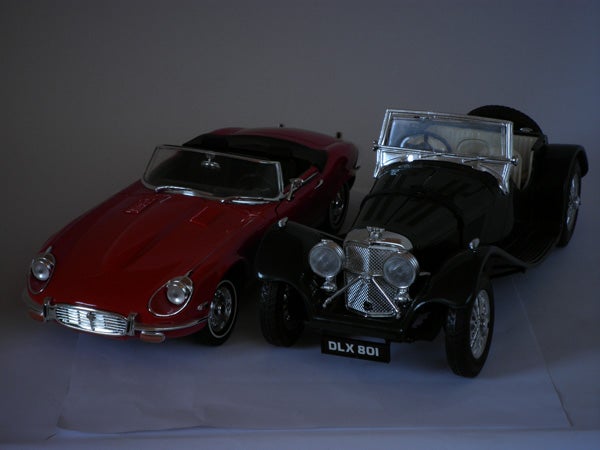 This is the full frame at 64 ISO. Unfortunately the FE-5020’s quarter-second maximum shutter time has meant the shot is very under-exposed. 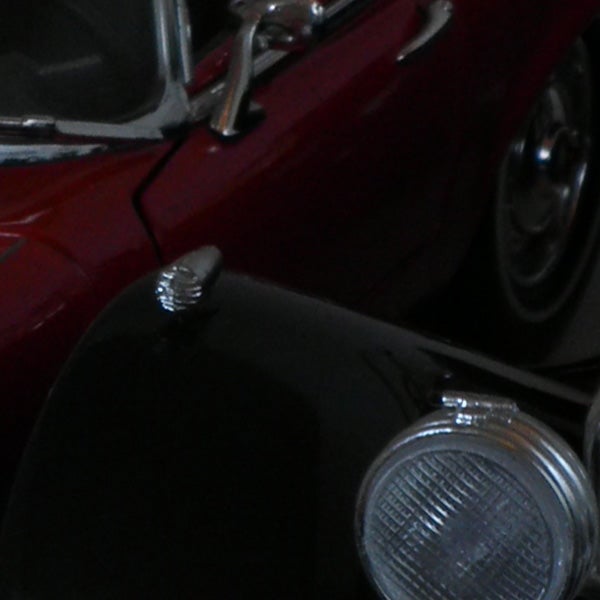 You can barely make it out through the murk, but there’s visible noise even at 64 ISO. 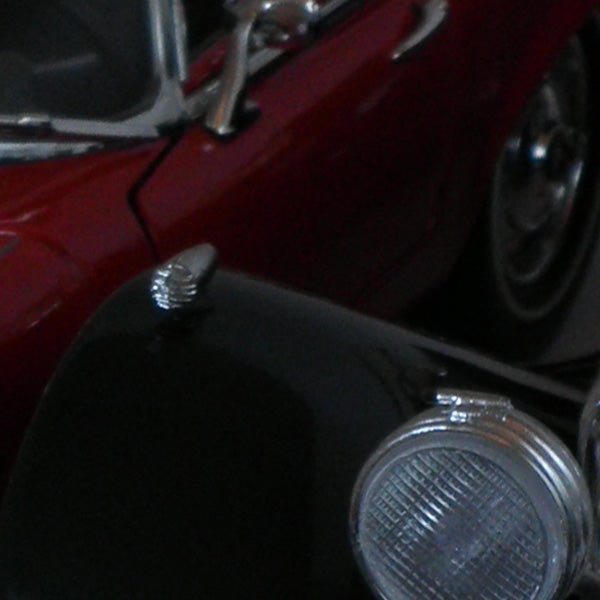 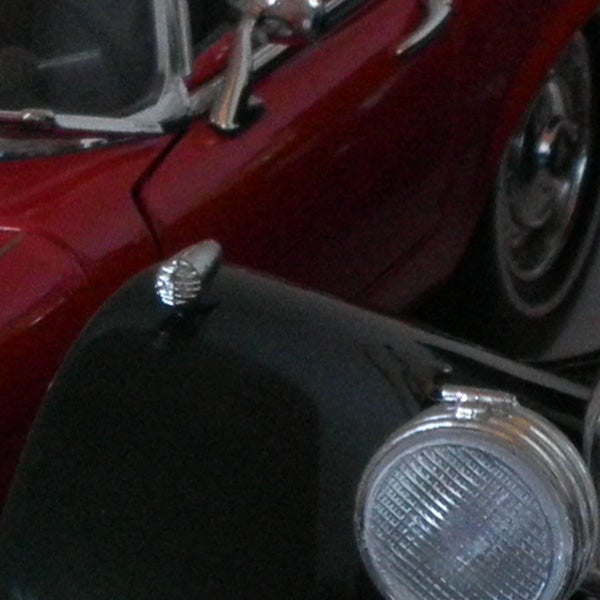 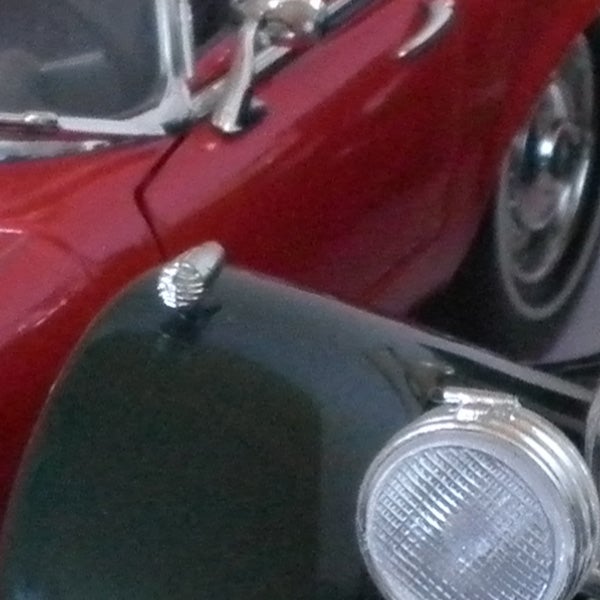 Almost the correct exposure at 400 ISO, but already colour is starting to fade. 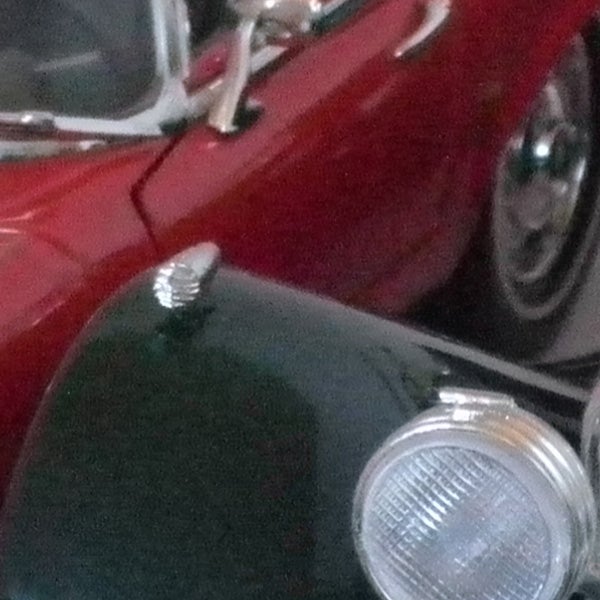 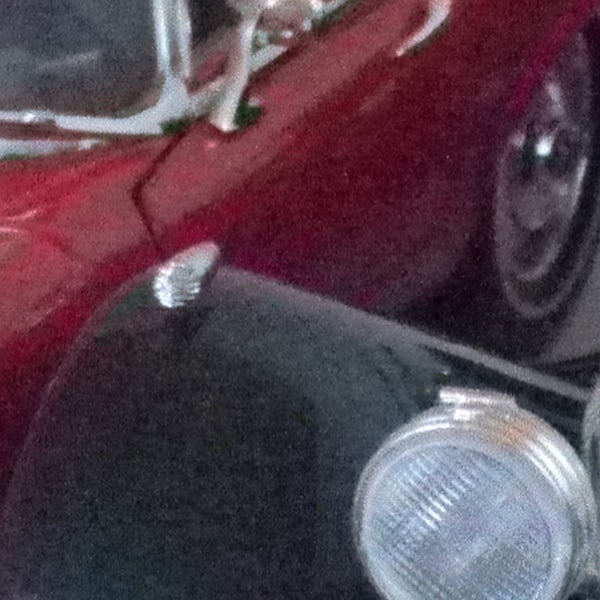 At 1600 ISO the colours are running into each other. 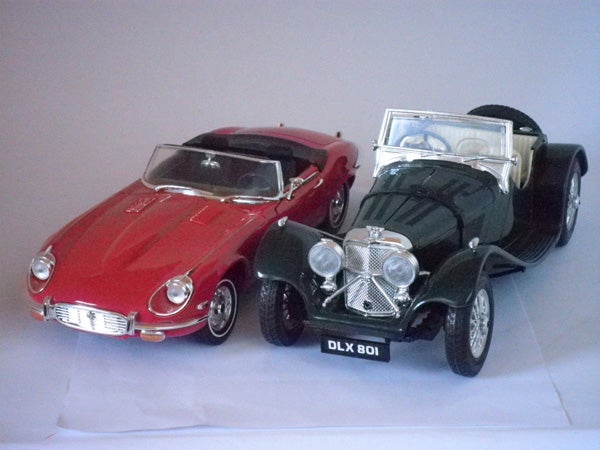 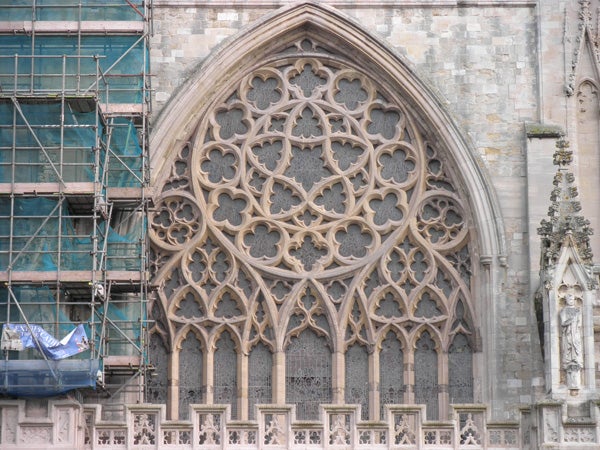 Here’s the usual detail test shot of the West Window of Exeter Cathedral, for you to compare with other cameras. See below for a full res crop, or click to see the whole picture. The downloadable file is approximately 5.24MB. 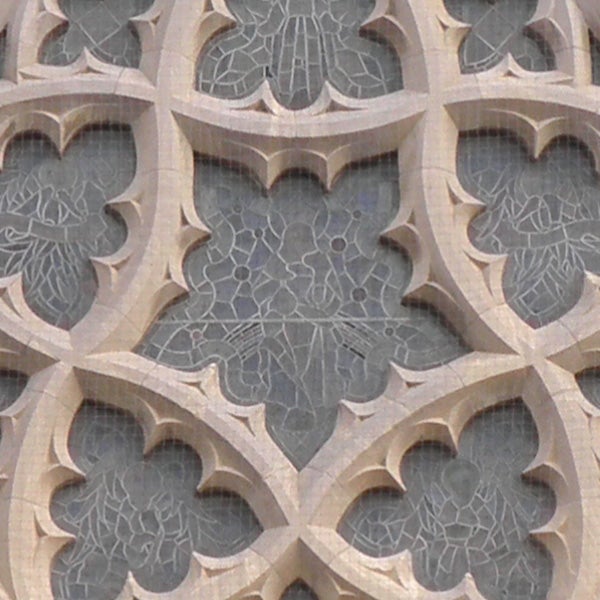 Despite the relatively low compression the image lacks fine detail and contrast. 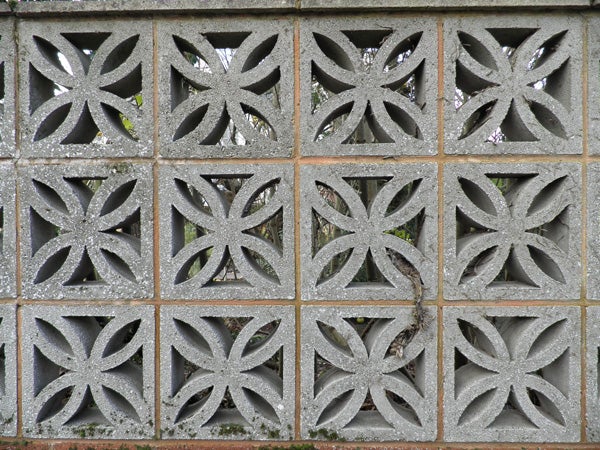 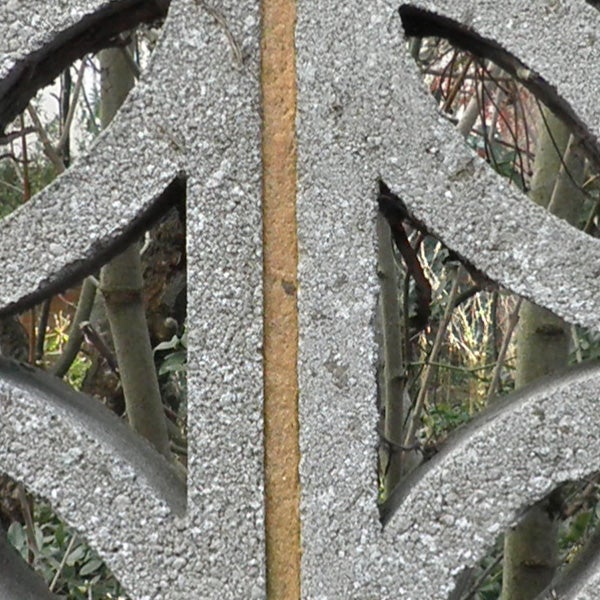 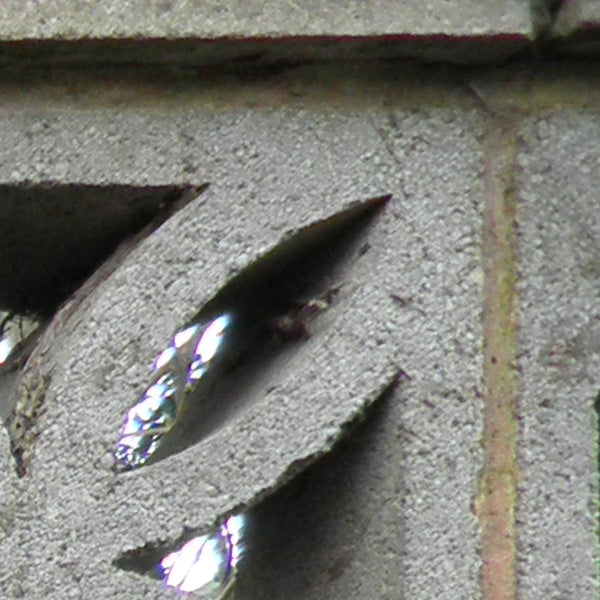 Corner sharpness is also decent, but there is a little chromatic aberration visible. 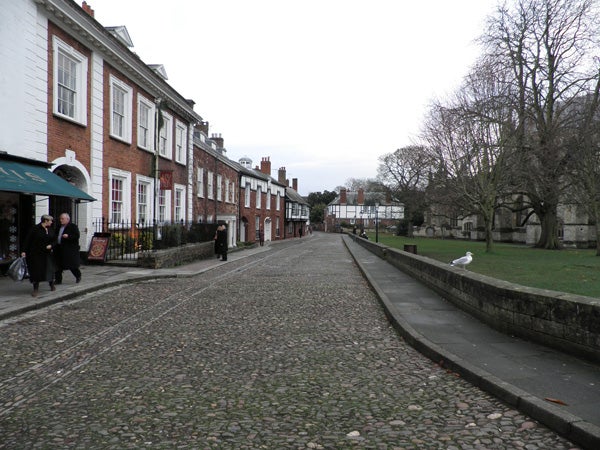 The wide-angle end is equivalent to 24mm, wider than any other cameras in this class. 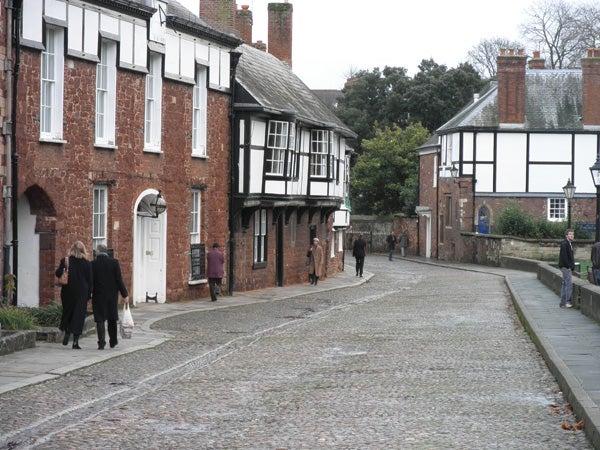 The telephoto end is equivalent to 120mm, a useful short telephoto. 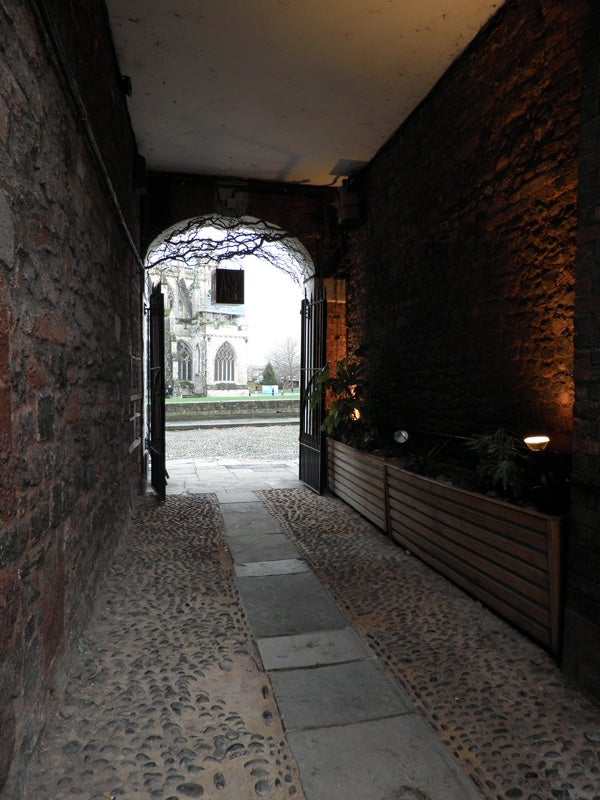 With no contrast booster, shadows are black and highlights burned out. 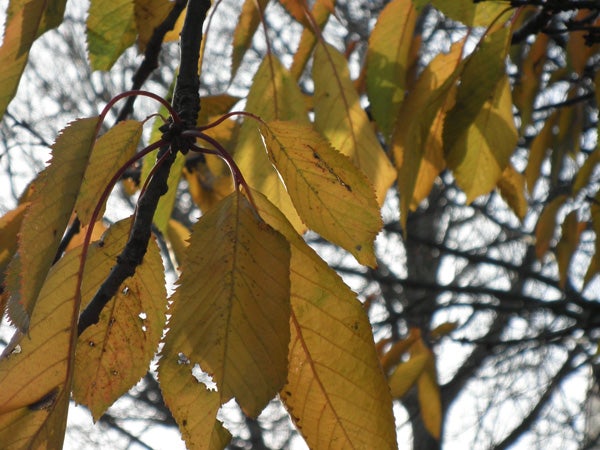 Even these Autumn colours are pale and lack saturation.