All of the major digital camera manufacturers have wide product ranges with cameras designed and priced to suit almost every budget and aspiration, in most cases ranging from professional digital SLRs costing as much as £5,000, down to simple budget compacts selling for under £100. As I’ve often remarked in the past, buying a camera at this lower end of the market is a risky business, because the quality of the products on offer is so variable. As Panasonic, Pentax and Casio (among others) have repeatedly demonstrated it is perfectly possible to find a good digital camera for under £120, but for every bargain-priced gem there are half a dozen cheap plastic lemons, and even a recognised big-name brand is no guarantee of quality. 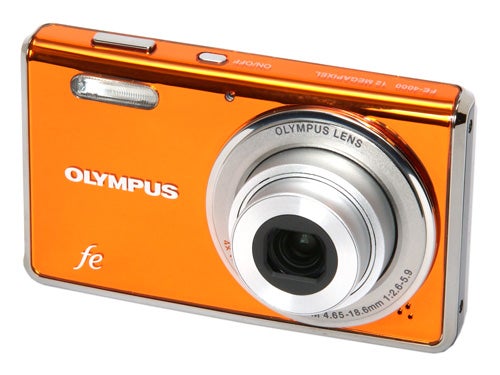 Which brings me, regrettably, to today’s review camera. Olympus is one of the most respected names in the photographic industry. For more than 80 years it has been producing high quality cameras and has turned out many classic models, such as the PEN half-frame SLRs, the Trip 35mm compacts and the OM 35mm SLR system, and even today it makes some outstanding digital cameras, including the revolutionary Pen E-P1, the go-anywhere mju Tough series and the widely acclaimed E system digital SLRs. Unfortunately it also makes the FE series of low-cost compacts, tarnishing an otherwise enviable reputation with some of the worst compact digital cameras I’ve ever encountered, including the dismal FE-4000. 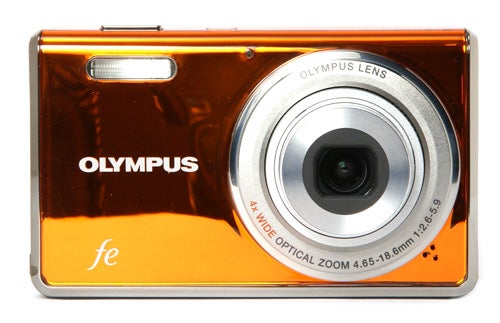 The FE-4000 is a point-and-shoot ultra-compact equipped with a 4x zoom lens with a wide angle equivalent to 26.3mm, a 2.7-inch 230k LCD monitor and a 12-megapixel CCD sensor. It is a very small and lightweight camera, measuring 95 x 57 x 22.4mm and weighing only 121g including battery and card. The camera body is all plastic, with a “Double Layered Crystal Shell” finish available in a range of five colours including dark grey, pure white, magenta, Arctic blue and the Tangerine orange shown here. The build quality is pretty poor even by budget camera standards. The body panels creak under even a gentle squeeze, and the battery/card hatch is extremely flimsy. That shiny metallic finish looks great straight out of the box, but it scratches easily and attracts finger marks like a magnet, so before long it looks dull and grubby. It is also very slippery and hard to grip, and feels greasy and mildly unpleasant to the touch.

As well as the body, the controls also look and feel cheap. The labels embedded in the transparent plastic buttons are almost impossible to see in low light or at any sort of angle other than perpendicular, and the buttons themselves feel poorly mounted and provide little tactile feedback, especially the appallingly nasty zoom control. It operates with more of a crunch than a click, and actually feels like it’s already broken. The layout of the controls is equally poor, leaving no room for the thumb, while also being fiddly and hard to use thanks to the big step in the rear panel next to the monitor. 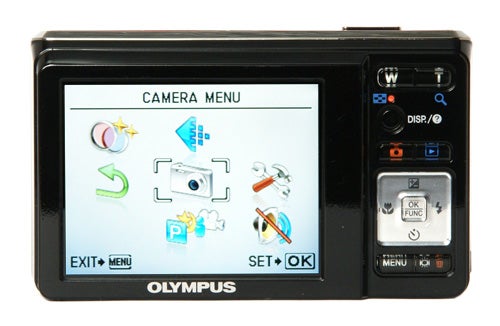 The menu system is as clumsy and badly designed as ever, and and the on-screen text is poorly anti-aliased and looks slightly blurred, as though it was designed for a different screen resolution. The built-in flash is inconveniently located under the knuckle of the right middle finger when holding the camera in any normal one-handed grip, causing big shadows on most flash-lit shots. The overwhelming impression when using the camera is that absolutely no thought has been given to ergonomics. Did any of the designers even handle the finished camera? 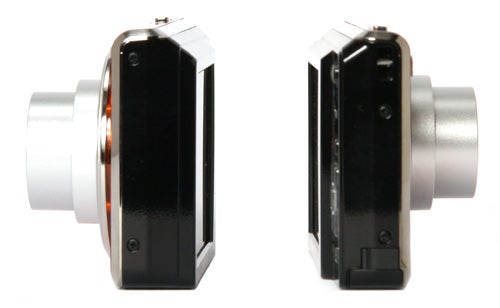 The FE-4000 has only the most basic set of features. The main menu has only one page with just five entries. User input is limited to image size and quality, white balance, AF mode and ISO setting, controlled by a simple live shooting menu. There is no colour adjustment, spot metering, continuous shooting or any of the other small refinements found even on other cheap cameras. Even the self-timer is limited to 10 seconds only. It does feature digital image stabilisation, tracking AF and face detection, but none of these work particularly well.


Other severely limited features include the video mode, which is restricted to 640 x 480 resolution at 30fps with mono audio, although in this mode clips are limited to just 10 seconds in length. Needless to say the optical zoom cannot be used while recording.

If the FE-4000’s build quality, handling and features haven’t already convinced you to avoid it like the plague, how about its overall performance? It starts up briskly enough in about two and a half seconds, but the shot to shot time is an almost unbelievable eight and a half seconds. Even switching to a smaller image size and normal quality makes no difference. Not surprisingly there is no continuous shooting option. I haven’t seen a camera this slow in maybe five years, but this isn’t really as much of a problem as it might first appear, because the ridiculously slow AF system and shutter lag of nearly two seconds means that you’ll inevitably have missed the shot you wanted anyway. Low light performance is almost non-existent, with the camera often failing to focus even in a room lit brightly enough to read a newspaper.

The FE-4000 has two compression modes, Fine and Normal, but in practice this choice makes little difference to the image quality, which is shockingly bad in both modes. Even in Fine mode shots show chronic over-sharpening, compression artefacts and very poor colour rendition. The lens quality is terrible, with poor contrast, severe chromatic aberration, corner blurring and so much haze that I thought there must be a finger mark on the lens. There wasn’t, it really is that bad. I know that deliberately flawed “toy camera” photography is enjoying a brief wave of popularity amongst the trendy art college types who’ve just discovered irony, but even they might baulk at the terrible image quality of the FE-4000. 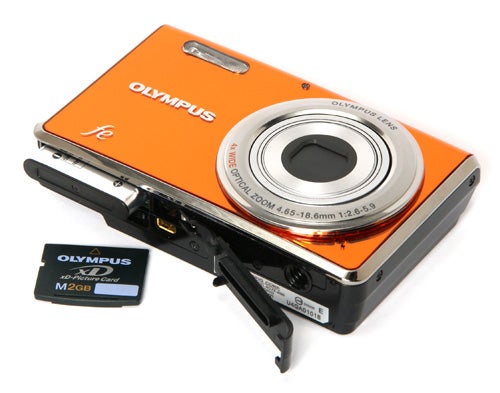 Noise control is also very poor, with uneven colour and visible noise at sensitivities as low as 200 ISO, and the 1600 ISO maximum is of course virtually unusable, but to be honest, given the FE-4000’s many other flaws, this is really the least of its troubles.

The Olympus FE-4000 is a lousy camera even by budget compact standards. Build quality, handling, performance and image quality are all terrible, and it doesn’t even look particularly nice once it’s been handled for five minutes. There are many better cameras for about the same price, and almost none that are worse.

”Over the next few pages we show a range of test shots. On this page the full size image at the minimum and maximum ISO settings have been reduced to let you see the full image, and a series of full resolution crops have taken from original images at a range of ISO settings to show the overall image quality. These ISO test images are shot indoors using shaded natural light. ” 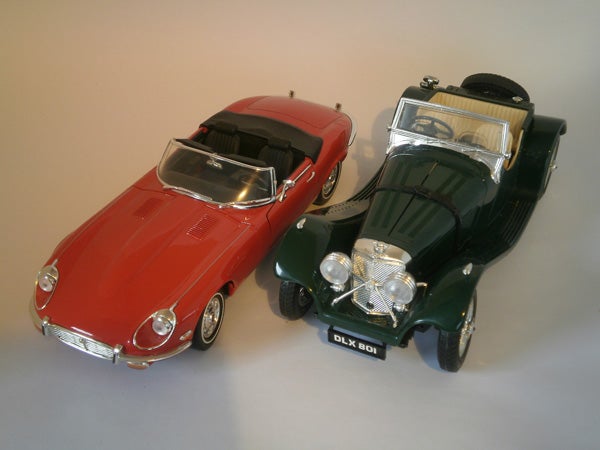 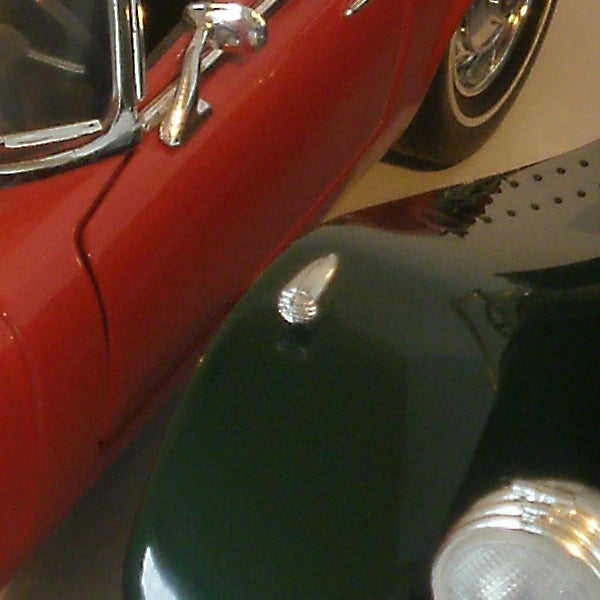 Even at 100 ISO there are traces of noise, and the camera took over 20 attempts to focus on this. 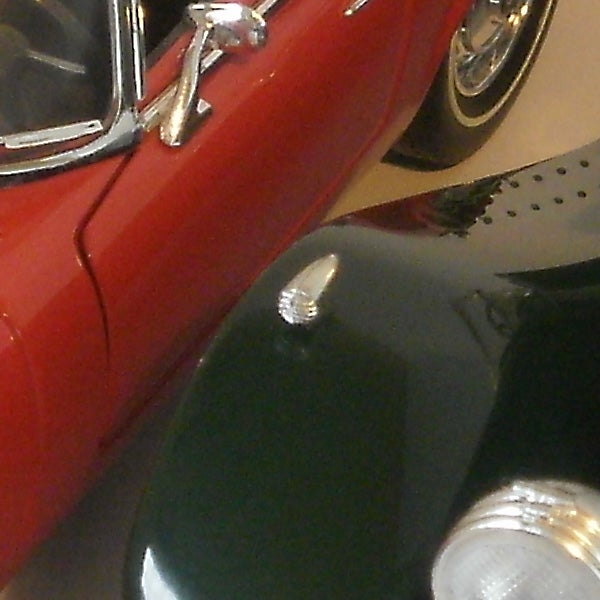 Noise is also visible at 200 ISO, and colour is also faded. 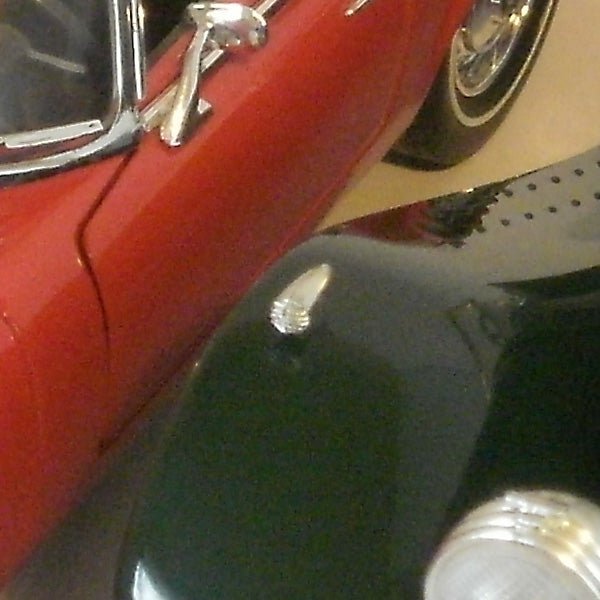 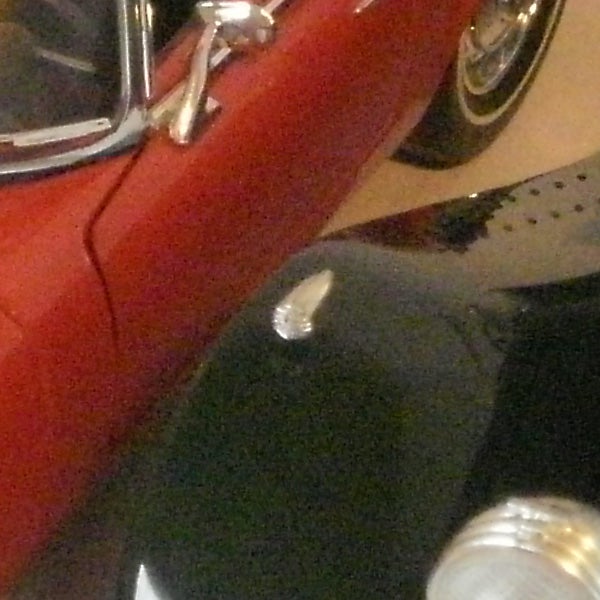 At 800 ISO the image noise is a big problem. 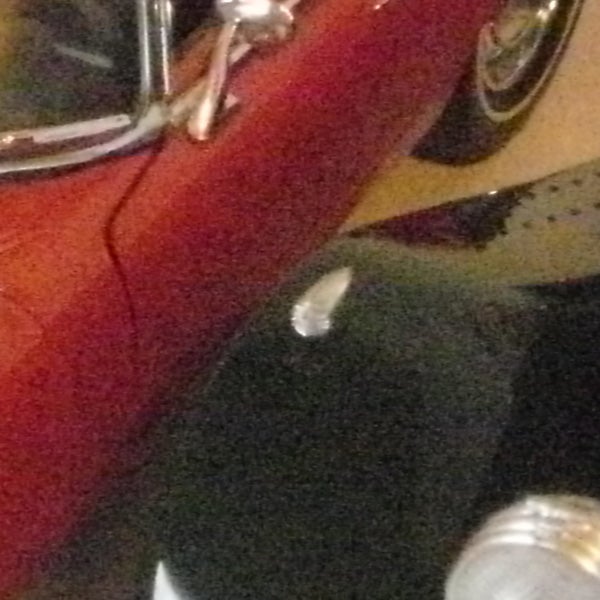 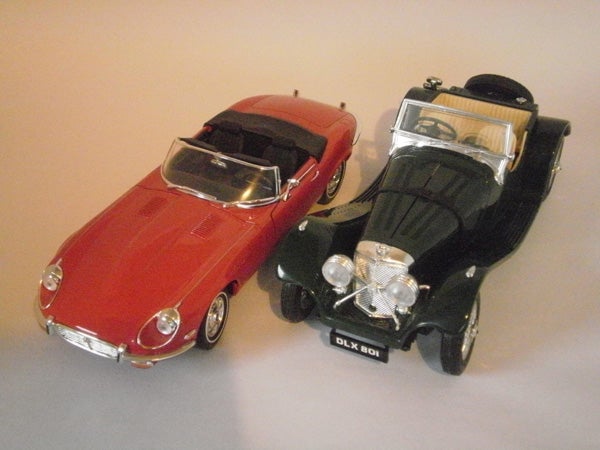 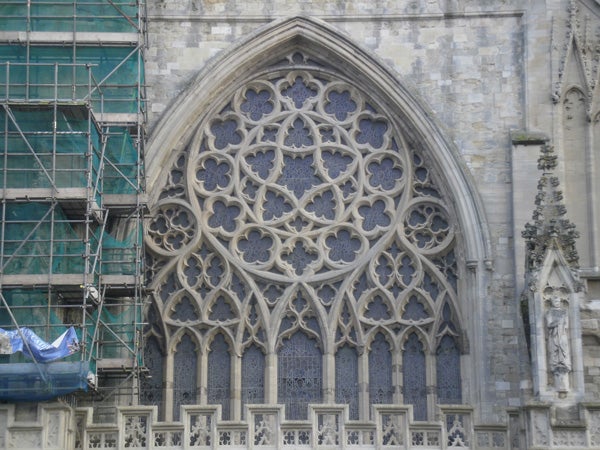 Here’s the usual detail test shot of the West Window of Exeter Cathedral, for you to compare with other cameras. See below for a full res crop, or click to see the whole picture. Downloadable file size is approximately 5.3MB. 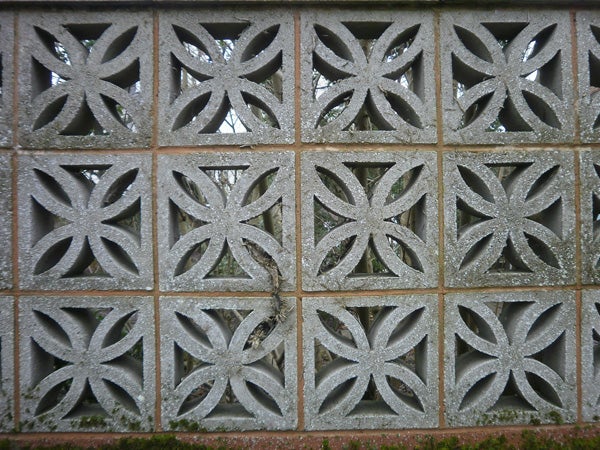 The lens actually produces a lot of barrel distortion at wide angle, but it is partially corrected in software. 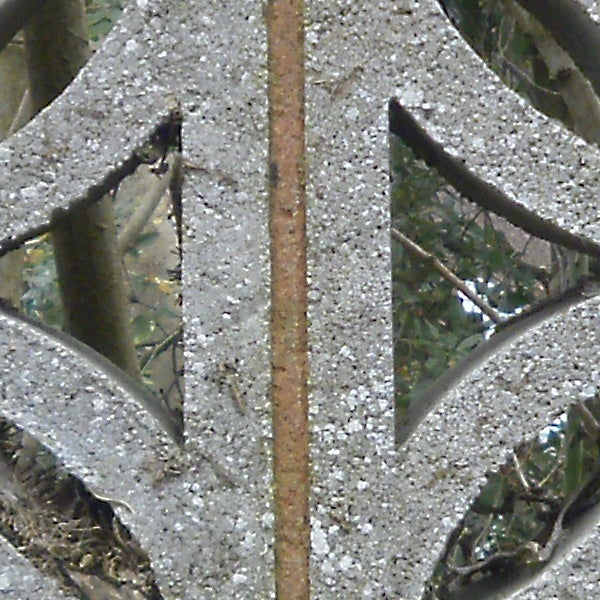 The centre of the image is over-processed and indistinct. 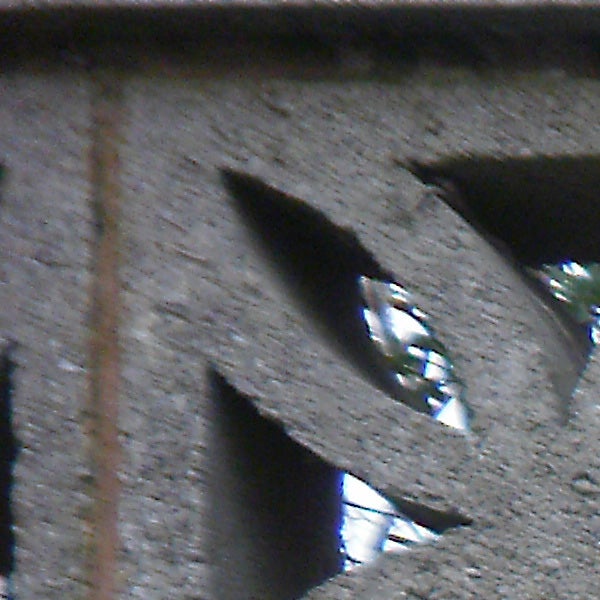 The corner of the frame is very blurred. 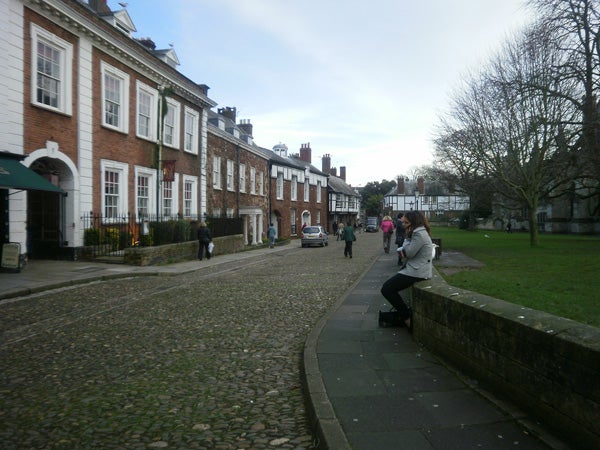 The wide angle end of the zoom is equivalent to 26.3mm. 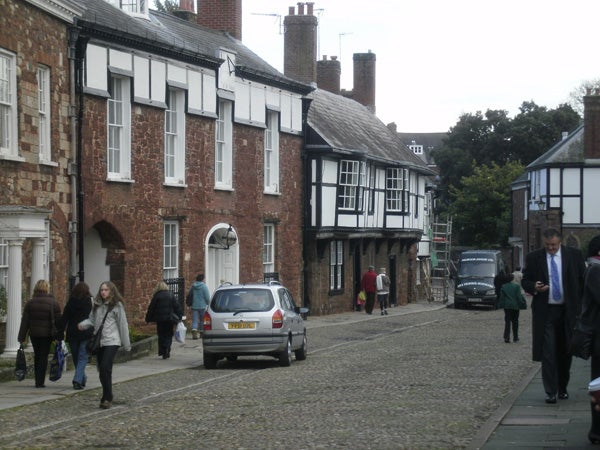 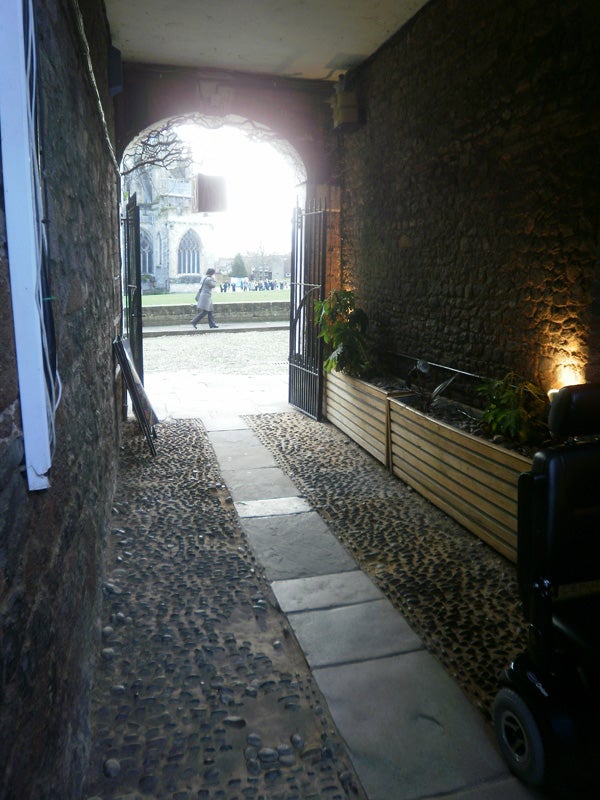 The lens doesn’t like high contrast at all. I thought that haze was from dirt on the lens, but it was spotless. 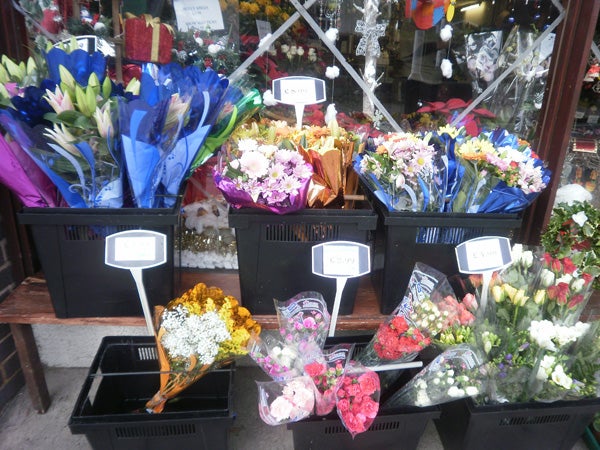 Colour rendition is pale and washed out.