It is an accepted fact that technological gadgets such as computers, music players and of course cameras get smaller, cheaper and more feature-packed as time goes by. This year’s cameras will have more powerful sensors, better lenses, faster performance and more features, while costing less to buy than last year’s models. So why then when I look at the the Olympus FE-290 do I get the impression that it’s somehow slipped through a time warp from about three years ago? Actually, that’s a bit unfair. There were plenty of cameras around in 2005 that were far better than this. 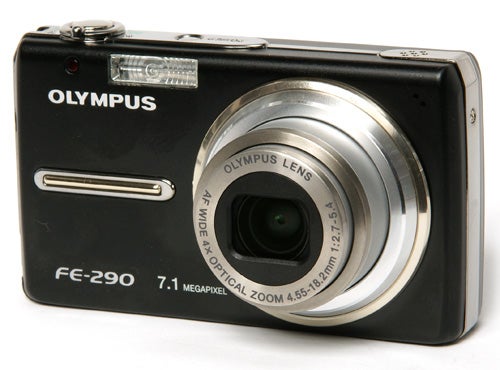 At least numerically, the FE-290 is second from top of Olympus’ FE range of consumer compact cameras. In terms of specification and performance however it is far closer to the dismal FE-230, and a long way below the really quite good FE-250. The FE-290 is a 7.1-megapixel compact camera featuring a 4x zoom lens with a focal length range equivalent to 28-112mm. It also has a large 3-inch LCD monitor with 234k resolution, and is currently available for around £130, although some places have it listed for as much as £150. When looking for other cameras featuring wide-angle 4x zoom lenses with which to compare it there are a few obvious choices, such as the excellent Panasonic FX-33 (£160), or the even nicer Canon IXUS 860IS (£203), however both of those cameras have 8-megapixel sensors and optical image stabilisation. A better comparison would be with discontinued models such as the FX-30 and IXUS 850 IS. 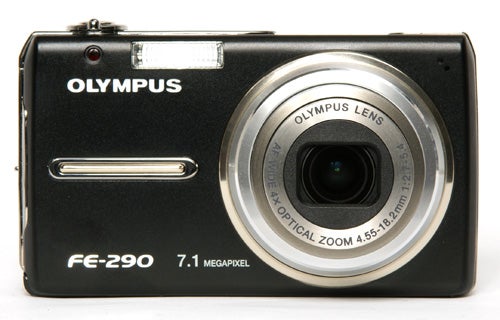 It has to be said that on initial impressions alone the FE-290 scores well. It is an attractively designed camera, available in black or silver, with plenty of shiny chrome trim. It has an all-metal body and the build quality is up to Olympus’ usual high standard. It’s not a particularly small camera though, measuring 97.7 x 55.7 x 26.5 mm, and not too light either at 142g minus battery or memory card. The size of the monitor on the back panel doesn’t leave a lot of room for the controls, and the D-pad and two buttons are crammed into the bottom right corner, with another two even smaller buttons on the top right. I’m not impressed by the design and feel of these controls, especially the two lower buttons. They feel mushy and unresponsive, and the whole layout is fiddly for anyone with larger fingers. Main shooting mode selection is via a thumb wheel dial with eight positions, and the zoom control is via a rotary bezel around the shutter button.

Apart from its unusual zoom range and large monitor, the FE-290 is a bit short on features, and by short I mean it could walk under a duck without taking its hat off. Shooting modes are limited to program auto, full auto, portrait, landscape, high-ISO mode and a selection of just 11 very basic scene modes. The main menu is, as usual, pointlessly fussy, especially considering the extremely limited range of options available. It has a front page with up/down/left/right navigation for five sub menus, but two of these only have one option, and even the main camera menu has only three. It would have been far easier and less confusing to put everything the camera can do onto one simple two-page menu. As it stands it requires a lot of button pressing to discover that there’s hardly anything you can adjust in there anyway. The set-up menu contains the usual options for date, time and language setting, card formatting, beep volume and video output mode, but once these are first set you’ll probably never use them again. The main camera options menu consists of just three options: ISO setting (64-640), voice recording (on/off) and panorama stitching. There are no metering options, focus modes, or colour correction. There aren’t even any options for continuous shooting or white balance setting, and you can’t turn the digital zoom off. The really stupid thing though is that in full auto mode even these few options are disabled, in case they were too complicated. I’ve heard of dumbing down, but this is just depressing. 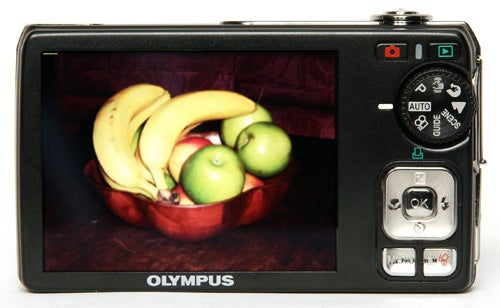 The video shooting capabilities of most of the recent Olympus cameras have been a bit lacklustre, but the FE-290 is particularly poor. It can shoot in 640 x 480 resolution, but only at a maximum of 15 frames per second, and clip length is limited to 29 minutes. The zoom lens cannot be used while filming (no surprise there), but the digital zoom that replaces it is stepped in large but unevenly spaced increments, and jerks from one step to the next.


The list of options in playback mode is equally limited. You can re-size your pictures to either 640 x 480 or 320 x 240, and rotate them. You can view your pictures as a slide show or flag your favourites for printing, but that’s pretty much it. Forget red-eye correction, filtering or colour adjustment, or even frames. 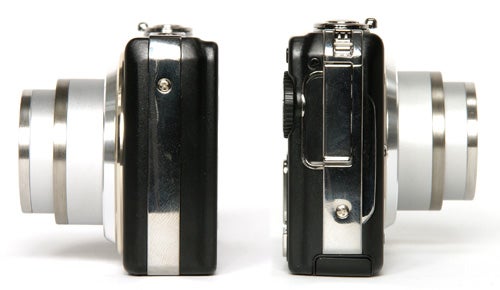 You can probably tell that I’m finding it extremely difficult to think of something positive to say about the FE-290. The 28-112mm zoom range is useful, especially the wide-angle end, but even that isn’t as unusual as it used to be. The zoom control isn’t too bad, with 11 steps between minimum and maximum focal length, although the fact that the digital zoom can’t be switched off does mean that if you go too far you end up in picture-ruining territory. The built-in flash is also quite good, with a range of 3.9m at wide angle and good exposure even at close range.

Given such a dismal list of features and options, at least overall performance isn’t too embarrassing. The camera starts up in just under three seconds, which is about average for a camera in this class, and takes about the same time to shut down again. Shot-to-shot time is a little slow at 3.3 seconds, although this does speed up slightly to 3.1 seconds when using a faster xD Type H memory card. I can’t test the continuous shooting speed, because the FE-290 has no continuous shooting mode. 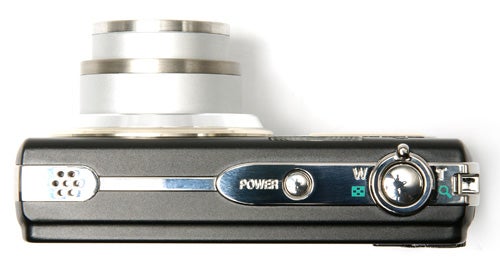 Part of the reason for its slow shooting speed is the AF system, which takes well over a second to focus even in good light. It focuses reasonably well in reduced light, but even in a room lit by normal domestic lighting it fails to focus about one try in three. In lower light it simply doesn’t focus at all, and it has no AF assist lamp.


So the FE-290 has virtually no features apart from its zoom range and monitor, overall performance that is merely average, and it costs £30 too much, but much of that could be forgiven if only it had really nice image quality. Sadly however, it does not. In fact the image quality is the weakest point of an already weak camera. When I saw the level of detail in my test shots, I thought for a moment that I’d accidentally taken them on the lower quality three-megapixel setting, but no, they were shot at the highest quality that the FE-290 has to offer. The pictures are massively over-processed, with very heavy-handed sharpening applied over every shot whether it needs it or not.


The lens isn’t too bad, although it is a little soft towards the edges. It produces relatively little wide-angle barrel distortion, but it does produce the opposite; pincushion at the telephoto end. On top of that, there is visible noise and heavy noise reduction visible from 200 ISO, and even though the maximum is only 640 ISO, image quality at that setting is very poor. Colour reproduction, exposure and even dynamic range are all reasonably good, but this isn’t enough to rescue a very disappointing camera. 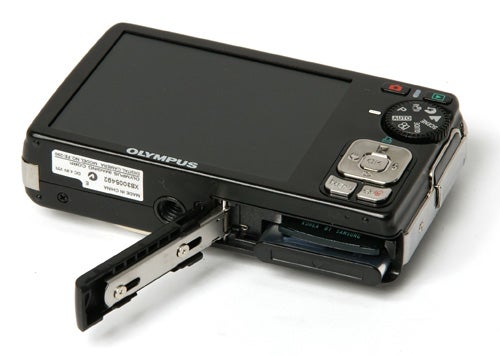 The Olympus FE range is very unpredictable, with some very good cameras and some very poor ones. Unfortunately the FE-290 is one of the latter. Although it is attractively styled and well made, it has almost no features apart from its 4x wide-angle zoom and 3-inch monitor, lacking even such basics as white balance and continuous shooting. Performance is average at best, but the worst part is the very disappointing image quality. There are many better cameras that cost less. 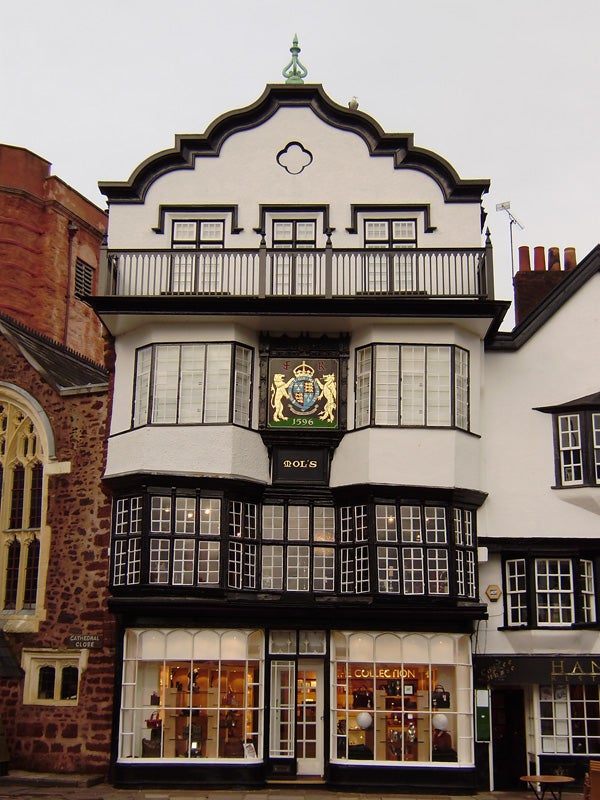 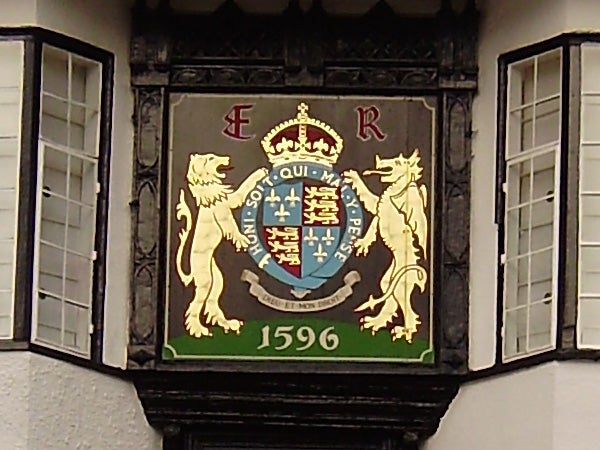 At 64 ISO, this is as good as the FE-290 gets. There’s no image noise visible, but the image is over-sharpened and lacks fine detail. 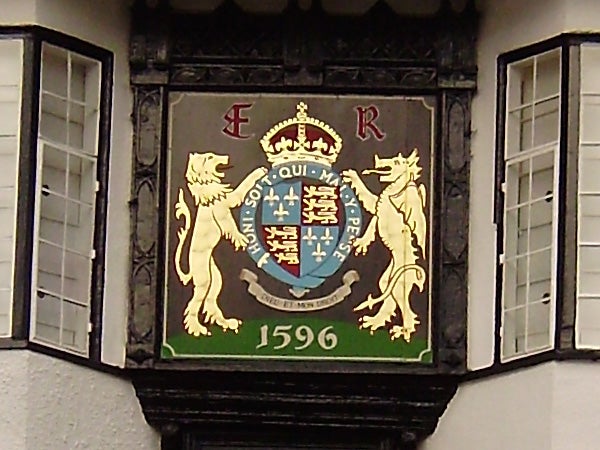 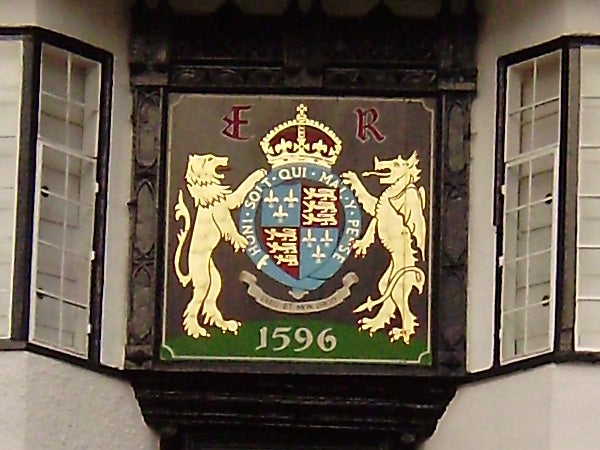 The problems start here, as the noise reduction system blurs out even more detail, and chromatic noise affects the colour. 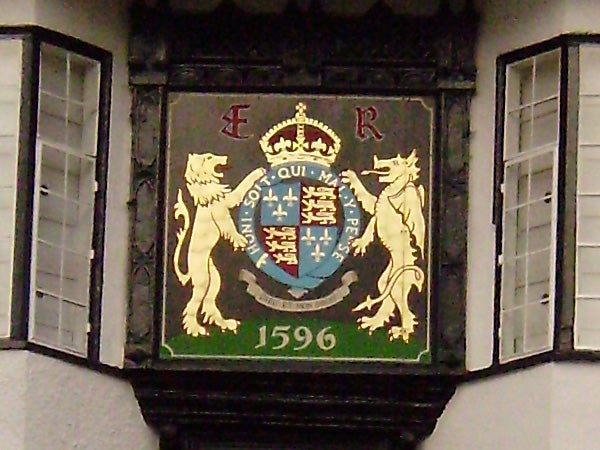 At 400 ISO fine detail is gone and there is visible noise everywhere. 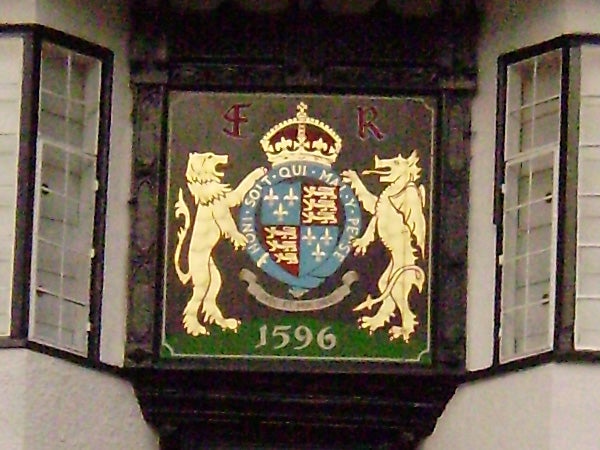 The maximum ISO setting is only 640, but even so the picture quality is terrible. 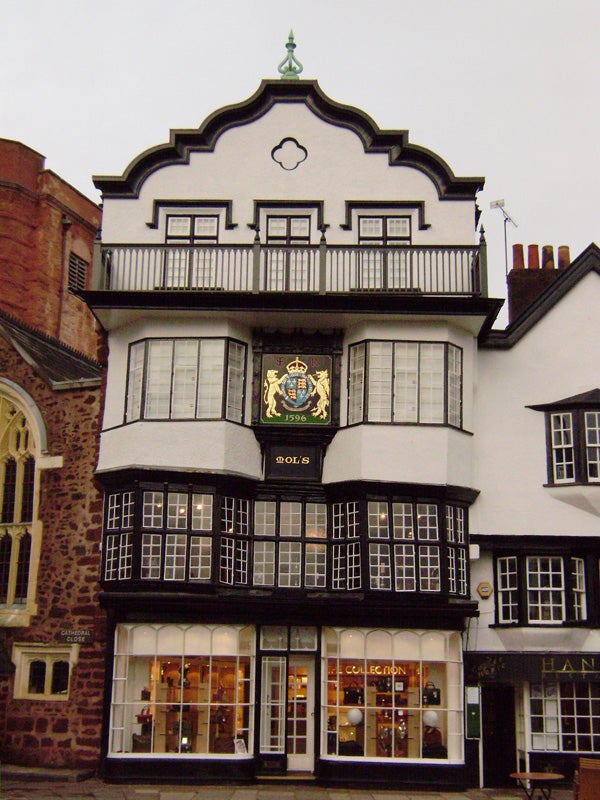 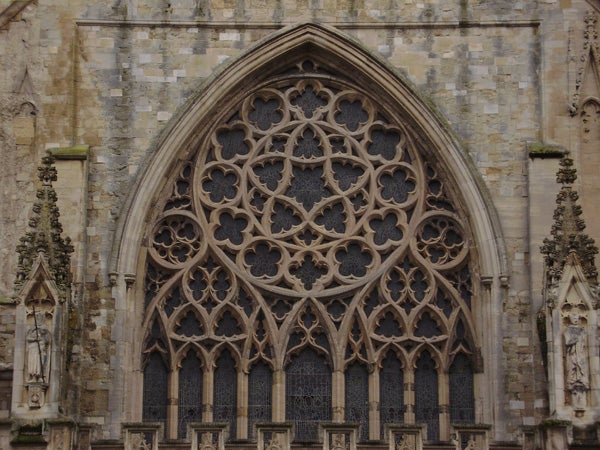 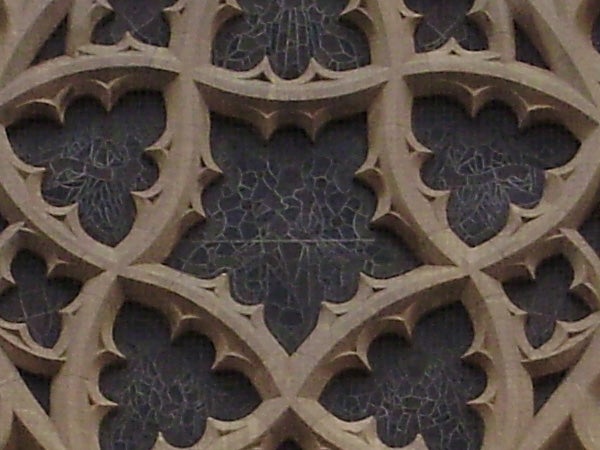 The level of detail is extremely poor, even for a 7MP camera. This is really very bad indeed. 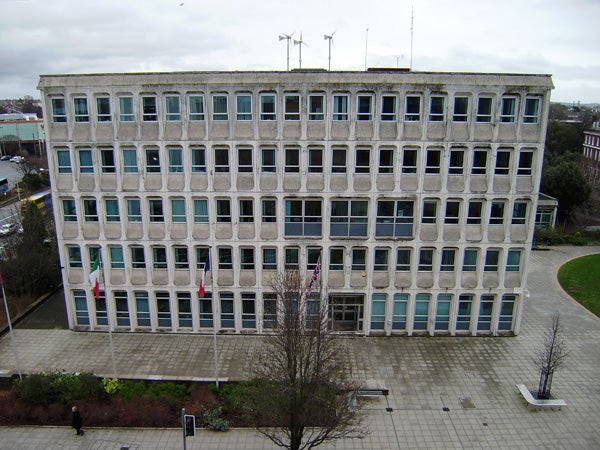 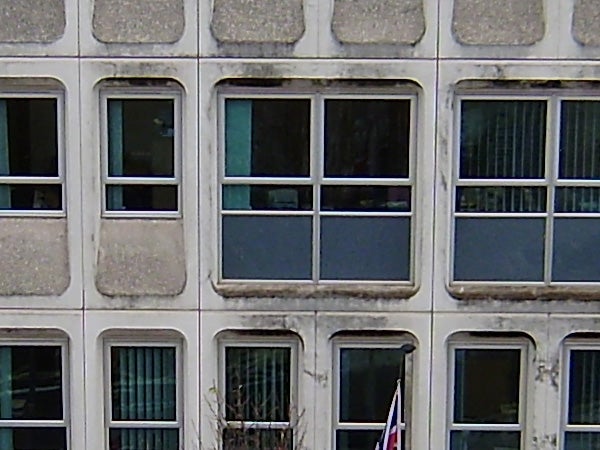 This crop from the centre of the image above shows massive over-sharpening. There aren’t supposed to be white lines beside the black edges of the blocks. 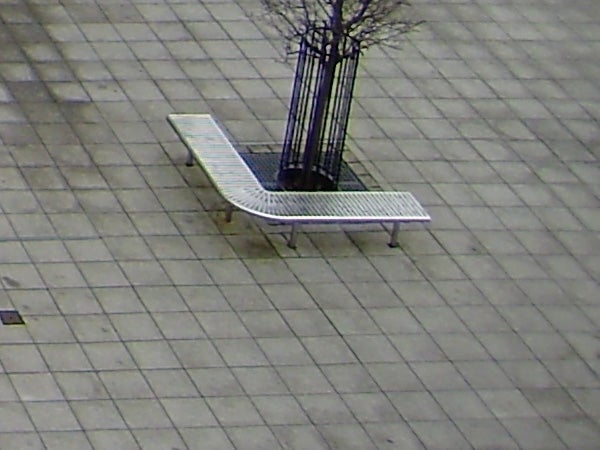 Corner sharpness isn’t too dreadful, but only by comparison to the rest of the image quality. 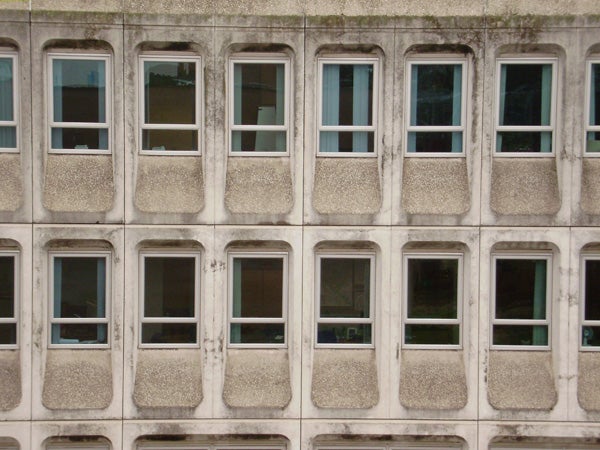 The same building, but at maximum zoom, showing lots of pincushion distortion. 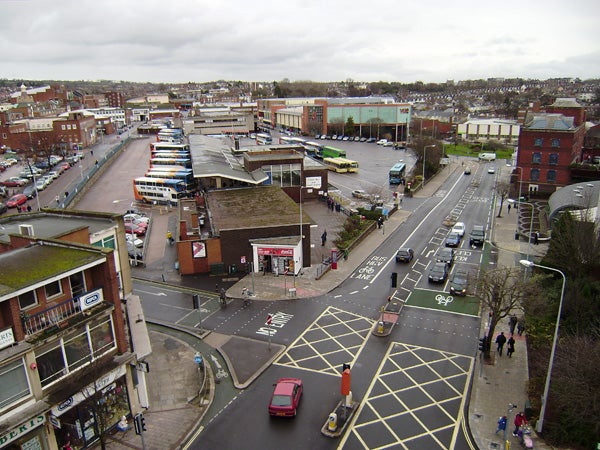 The FE-290’s only real feature is the 28mm-equivalent wide-angle end of its 4x zoom lens. 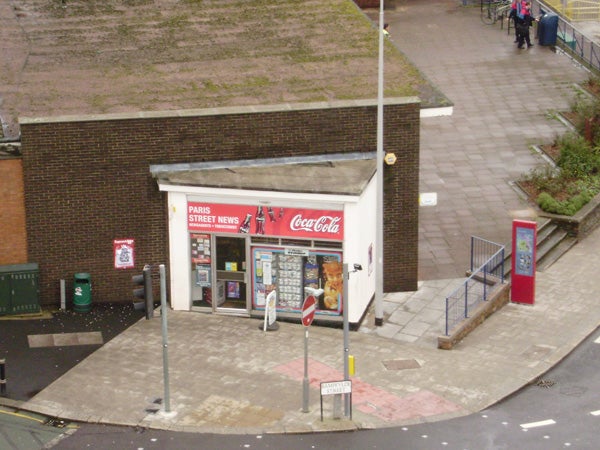 The 112mm-equivalent telephoto end isn’t much different to a typical 3x zoom compact. The extra focal length is at the other end. 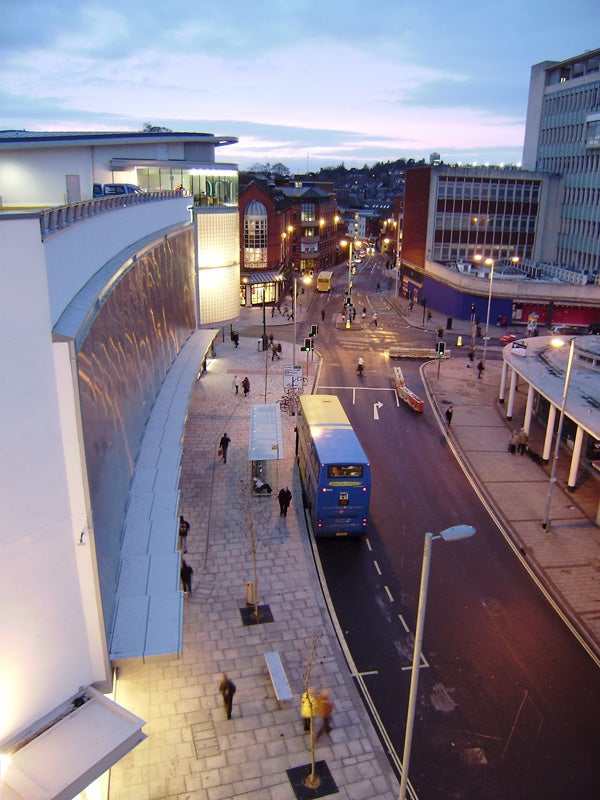 Colour reproduction and exposure are actually good, but not good enough to make up for the rest of it. 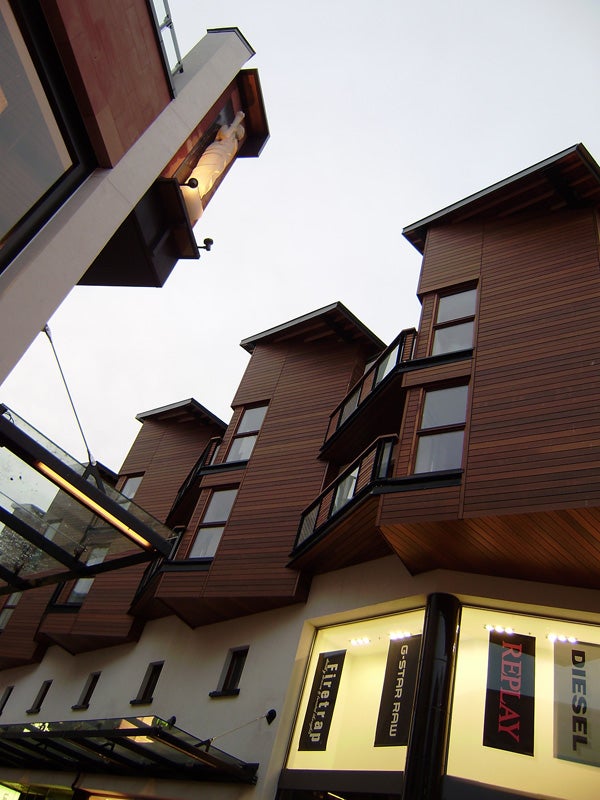 Dynamic range is also better than some.