It’s taken Olympus over 4 years to update its professional model the E-1 and release the E-3, which is a long time in digital camera terms. Although Olympus and Panasonic were the pioneers of Live View systems, the feature is now almost a standard fixture, even on pro models, so there’s no surprise to see the same system here. What is quite surprising is Olympus’ decision to only go with 10MP on the E-3, especially considering other manufacturers recent reliance on higher pixel counts at this price point (and below). However Nikon kept the D3 at just 13MP, and considering the smaller sensor size of the E-3, perhaps Olympus are just being wise. More pixels, at smaller sizes are a sure fire way of potentially adding image noise after all. 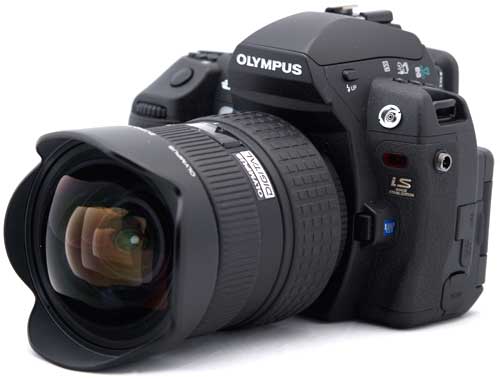 Olympus has also camera-based image-stabilisation from its consumer range to the E-3, another feature we’ve seen on recent models from other manufacturers, but which Olympus was a pioneer of, if not the inventor.


Lets take a quick at that sensor again though. the E-3’s sensor offers 10.1 million effective pixels from a total of 11.8MP, and being an NMOS (or LiveMOS) sensor, can feed a live image of the scene to the LCD. This sensor also features in Panasonics L-10, and the two companies have worked closely together to improve the Four Thirds system. Powering the data conversion, the E-3 has the latest Olympus TruePic III processor, claiming it offers better noise suppression, truer colour and fast processing. The camera offers 5fps over 19 Raw files, which isn’t the fastest on the market, even at this price point – but I doubt Olympus is pitching this camera at sports and news photographers.


The sensor has SuperSonic Wave sensor cleaning, firing a supersonic blast at the sensor to dislodge dust. This was first seen on the E-1 and again, similar systems have been incorporated into other manufacturers’ cameras since then. The other major aspect of the sensor, mentioned earlier, is the inclusion of on-camera image stabilisation, and Olympus claims this offers up to five stops slower shutter speeds using SWD (Supersonic Wave Drive) lenses and still avoiding camera shake. 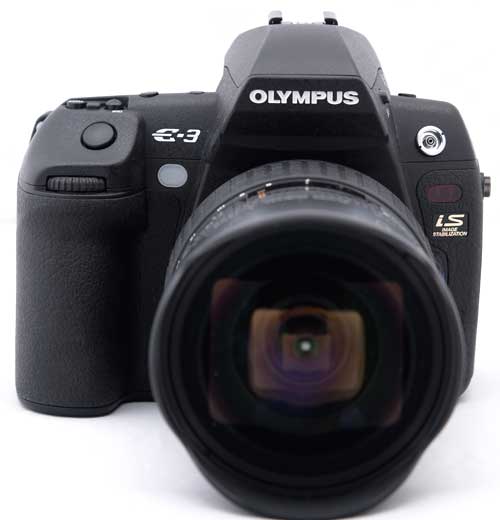 Metering is performed via a 49-zone digital ESP meter, and has Olympus’s unique highlight and shadow spot metering – previously seen on the entry-level cameras, and originating in the 1980s on the OM series. Closely tied to the metering is the camera’s White Balance, and Olympus has added a dedicated WB sensor, which combines data from the main sensor to produce a more accurate white balance. There’s also a full complement of WB features, including bracketing and tone sliders.

The E-3 is equipped with the standard PASM modes (Program, Aperture Priority, Shutter Priority and Manual), and an Auto mode, but it lacks the scene modes so beloved of the entry-level models.


Olympus has revamped its autofocus system specifically for this camera, claiming to offer the fastest autofocusing in the world – when used with the new 12-60mm lens – taking advantage of built-in motors in the new Zuiko SWD lens range. Each of the 11 AF points can be individually selected and are all biaxial, so they can detect the subject on both the horizontal and vertical axes for greater accuracy. 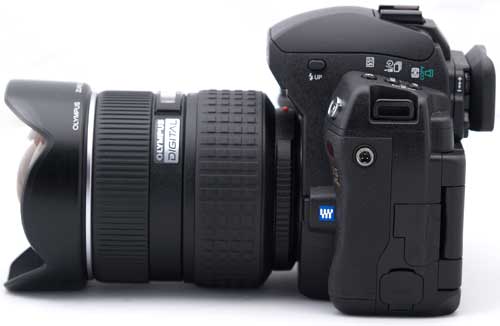 The AF is an improvement and pretty quick at picking out the AF points in auto mode, using the standard lenses. Individual AF points can be selected, and auto and manual focus may be combined for fine-tuning or particularly tricky subjects.


The pro spec continues with the shutter, offering a top speed of 1/8000sec and the ISO selection from 100 to 3200. The built-in flash offers a guide number of 13, but the camera also accepts Olympus hotshoe flashguns and has full wireless flash capability for multiple and off-camera flash functionality.


The back of the E-3 is dominated by the 2.5in vari-angle flip-out LCD screen, as also seen on the Panasonic L10. I prefer this type of screen for a live view monitor, as it allows the camera to be held in different positions, such as at waist height, or over the heads of crowds. Activating the live view is a simple one-button operation – which is easier than earlier versions – and an eyepiece blind prevents stray light from entering the rear of the prism. 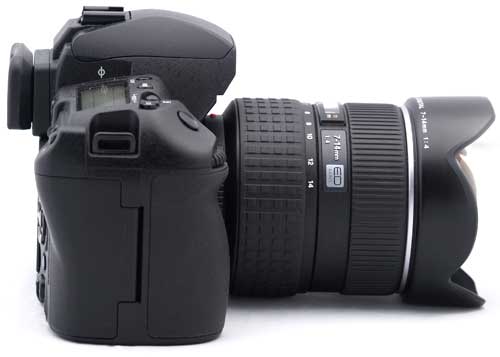 The info button lets you view all of the shooting data, and the central OK button in the four way D-pad also make changes to the important settings using a combination of dials and the navigation pads. Or you can go into the menu and make changes, though this is a more time-consuming method. You can also make changes via the grey LCD screen on the top-plate and a combination of external buttons, making this a very customisable camera depending on your shooting circumstances or preferences.

This makes the camera somewhat button heavy, and many of the buttons are dedicated to performing just one function and I think is often preferable to multi-function buttons that sometimes require several presses and a multitude of dial turning to find the function you need.


Among these buttons is the IS (Image Stabilisation), with two modes, normal and panning, the latter only operating on the vertical axis to allow you to track moving subjects on the horizontal plane. 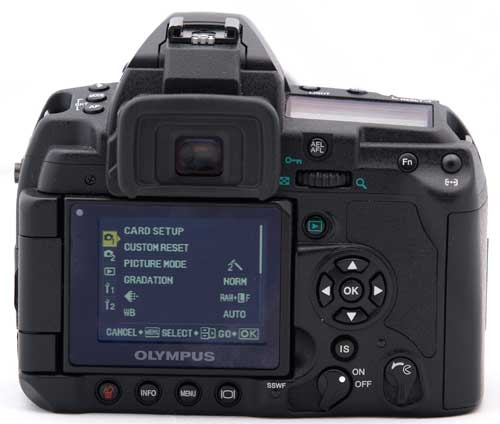 Many of the functions of the buttons, and the way the camera performs, can be customised in the main menu, including the option to change the operating direction of the front and rear command dials. Like the E-1 before it, this allows the camera to be easily customised to the user’s preferences. It also makes it harder to criticise operational faults as they can so easily be changed to suit the user.


The viewfinder of the E-3 is relatively large, with 100% viewing, though the 4:3 aspect ensures that it’s still smaller than its competitors such as the Nikon D300. It’s easy to view with glasses and the green LED readout inside is clear.


Olympus has encased the camera in magnesium alloy, which lends strength and weight. It’s also dust and splash proof, but is not a big camera in comparison to its peers, and Olympus has always maintained small cameras to appeal to the traveler or photojournalist. The grip is comfortable with a thumb rest at the back and finger overhang at the front ensure a secure grip aided by rubberized coatings at key holding areas. 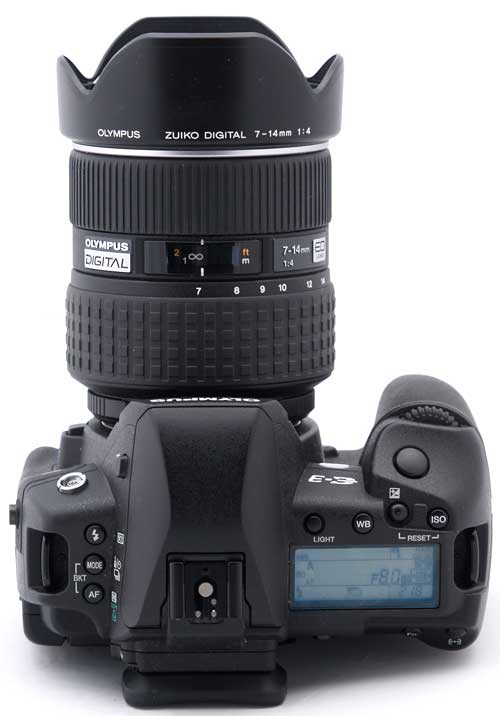 Because of this, the camera feels great and is highly adaptable. The camera may not match the specifications of some of its rivals, but it has plenty of good points. However, it’s being marketed as a pro camera with all of the features and build necessary to fulfill those criteria, but the resolution isn’t up to the file size many professionals need.

Images are generally well exposed. I sometimes had to use exposure compensation or the highlight and spot metering to bring detail out of shadow or reduce highlights blowing in higher contrast conditions. In more average conditions lighting, the camera produces perfect exposures. The tonality is smooth too, with excellent gradation. Overall the Auto White Balance and the presets produce accurate colour.


Olympus Zuiko lenses are usually very good and combine with the camera to capture detail very well, to produce perfectly acceptable 9x12in 300dpi prints with plenty of detail. This is aided when shooting hand-0held and although I wouldn’t recommend the 5-stop allowance quoted by Olympus, a 3-stop slower shutter speed is achievable. 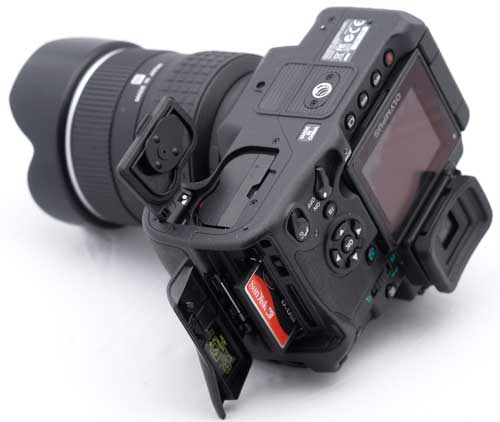 At low ISOs images are pretty noise free and very smooth, but raising the gain produces some noise, especially from ISO 400 and increases more as the ISO is raised. While noise is visible it’s an improvement over earlier models, but fails to compete with some similarly priced models such as the Nikon D300.

What the Olympus E3 brings to the table is excellent images, a great build quality, and a lovely user experience, but fails to match the innovation of the E-1, or even other models from the Olympus range. Instead it’s taken the best bits, refined them and put them all into a very usable camera.

The Four Thirds system continues to grow, as does its legion of fans and the E3 is a great addition to the line and I’m sure will be on many Olympus users wish lists. For the majority of general-purpose photographers, the Olympus E-3 is a great all-round high-end enthusiast model rather than a Pro model, but it’s an absolute joy to use. 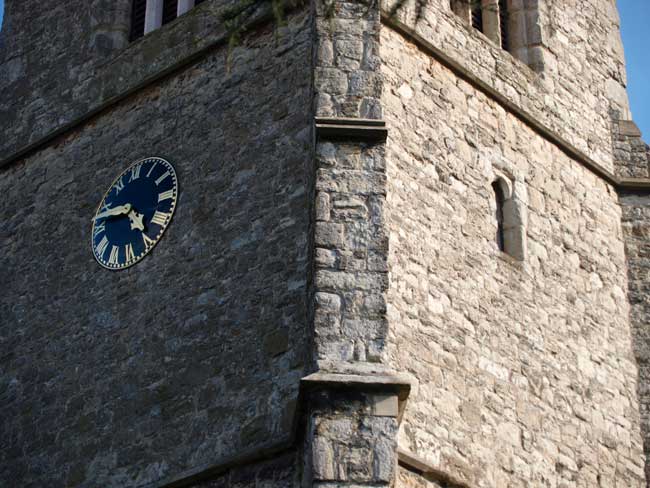 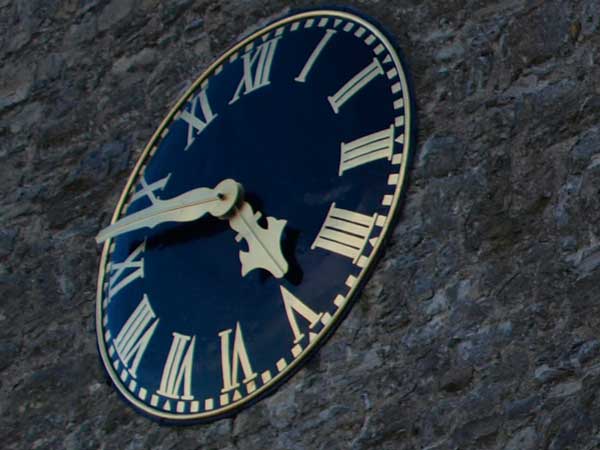 100 ISO. Great noise control at the lower reaches of the sensitivity range. 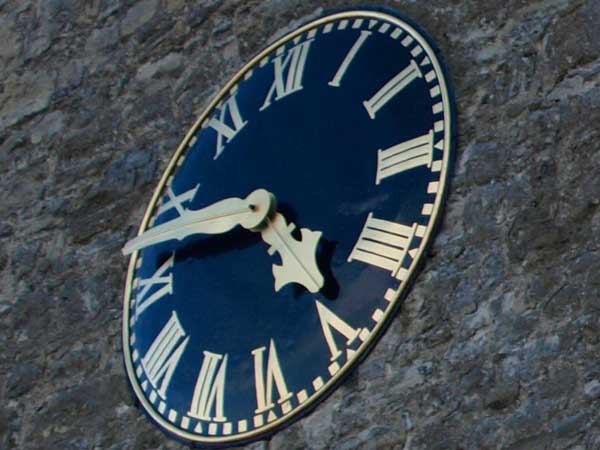 200 ISO. Still perfectly usable results as the gain is raised to a commonly used ISO setting. 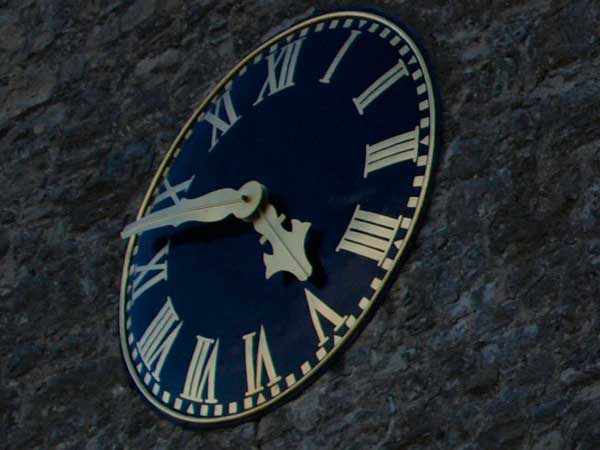 400 ISO. Noise is just beginning to become visible at 100%, but is acceptable for most subjects. 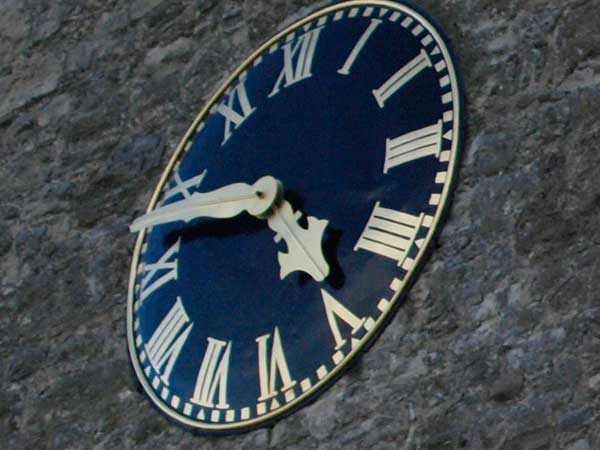 800 ISO. We expect more noise to be visible here, and the E3 meets our expectations. 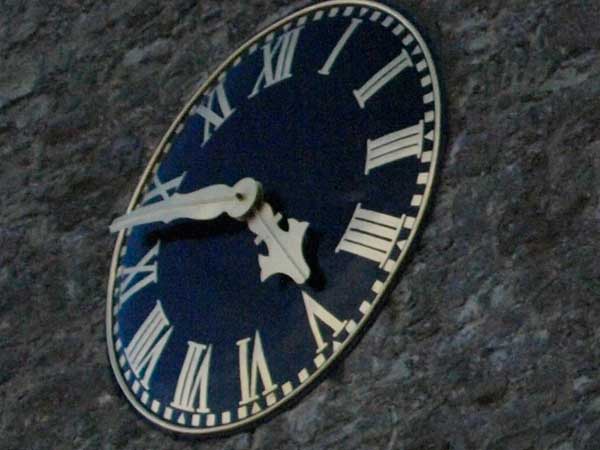 1600 ISO. The Olympus is maintaining reasonable control but the camera fails to match the Nikon D300. 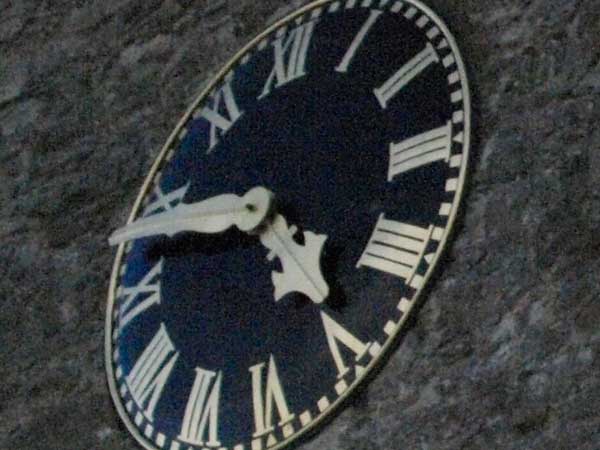 3200 ISO. This is the high setting and is beyond the natural capabilities of the sensor, so mathematical methods are used to allow ISO 3200. It shows. 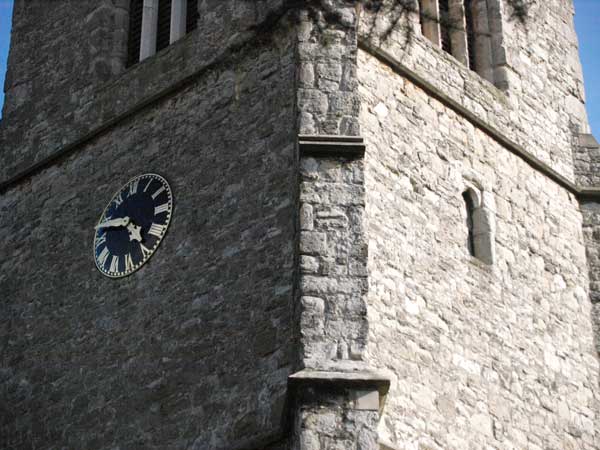 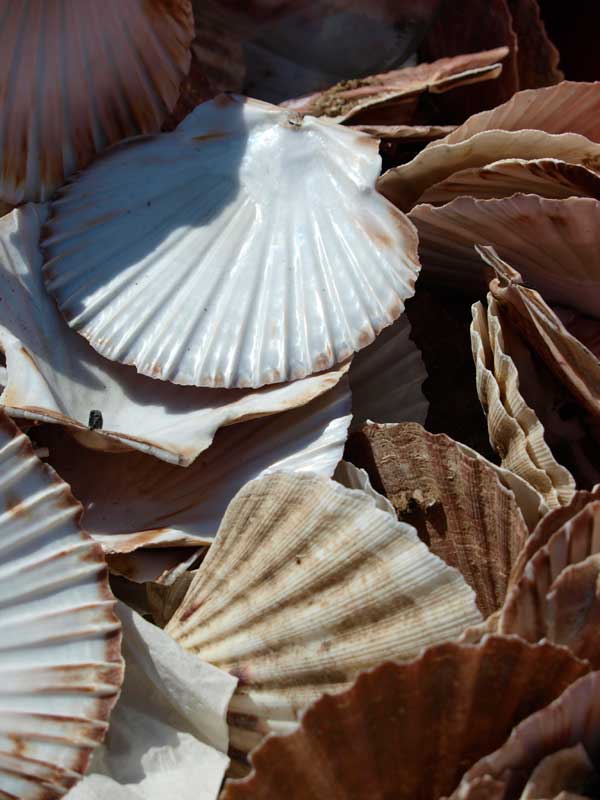 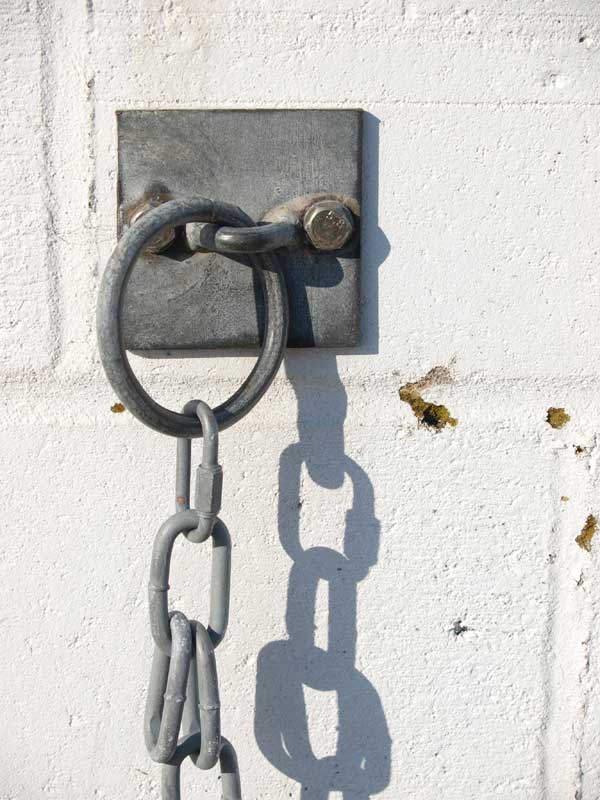 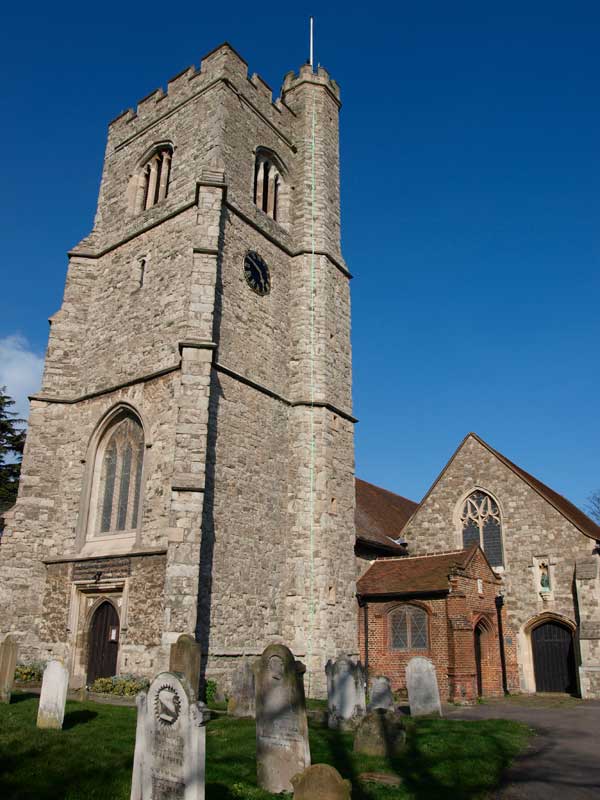 This daylight shot is representative of the accurate and punchy colour achievable. 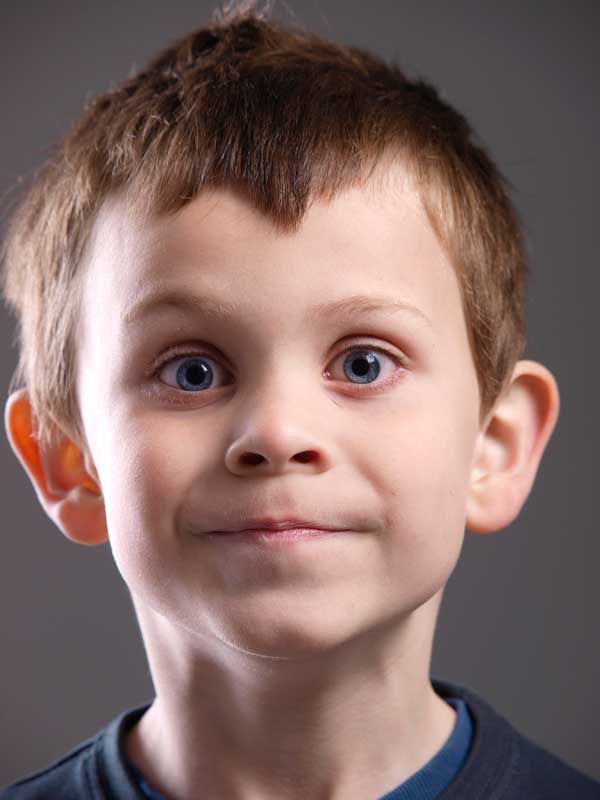 Good colour was obtained with this studio shot. The JPEG pictured is usable, but the Raw file allowed better fine tuning. 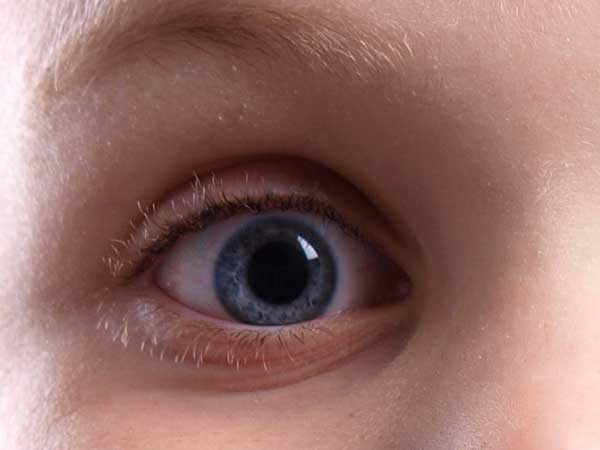 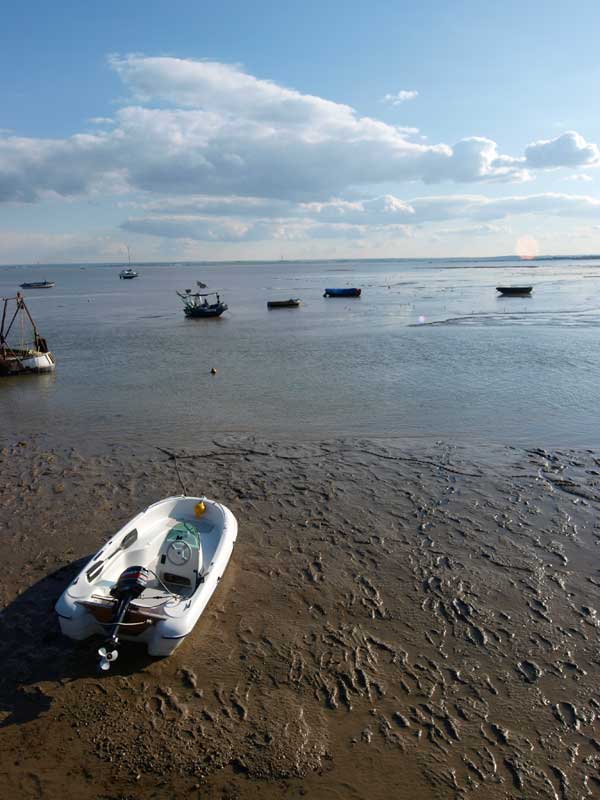 This scene and the one below illustrate good colour, exposure and image sharpness. 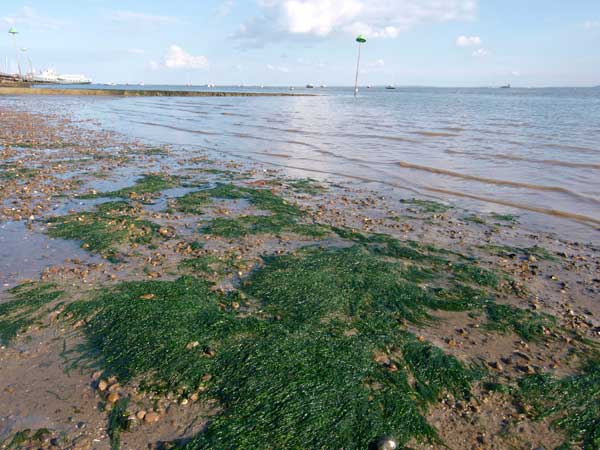