It’s a tricky business writing these 1,000-word reviews. Sometimes, as with last week’s review of the impressive Olympus C-7070 1,000 words simply wasn’t enough to do the camera justice. Other times, like right now for example, I’m wondering what I should write about to fill up the space. The Olympus C-180 is so ridiculously simple that I could tell you everything about it in 50 words and go and spend the rest of the day on the beach. The English section of the manual is only 24 pages, and that includes the specification sheet, the contents page and the usual legal disclaimers and warnings not to set fire to it or use it as a flotation device. Chapter headers are: loading the battery, turning the camera on, taking a picture, reviewing a picture and turning the camera off. That’s all you need to know.


It’s hard to imagine a greater contrast to the C-7070 than this little camera. The C-180 is small, light, and so simple a child could use it. In fact it wouldn’t surprise me if a lot of these cameras end up in the hands of children, as birthday presents or as a toy to take on holiday. The sub £110 price means that if it gets dropped in a rock pool or smothered in ice cream then it’s no crippling loss. It is one of the cheapest 5.1 megapixel cameras on the market, but it still offers the reassurance of the prestigious Olympus name and a build quality that sets it comfortably apart from the majority of cheap budget cameras.


In outward appearance there’s nothing to set the C-180 apart from many of the other cameras in the Olympus compact range. It has a metallic finish and the rounded shell is I believe constructed from plastic, although there appears to be some aluminium parts dotted around the chassis. The small non-zoom lens is protected by a cover that slides back as the front-mounted power switch is operated. On the back it features a small but bright 1.5-inch LCD monitor with 85,000 pixels.


The controls follow Olympus’s new motto, which seems to be “one button, one function”, so there are single buttons for shooting and playback mode, a menu button and a delete button. Each of the directions of the 4-way menu control also have functions when shooting, specifically flash mode, macro mode and self timer. There is also a Reset button in case you somehow make a mess of the settings, although you’d have to make a pretty determined effort to do so before it’s needed.


Speaking of menus, the C-180 has what is unquestionably the simplest menu ever put into a camera. It has a total of eight options, but only two are used when taking pictures; EV compensation and picture size/quality. Other options include setting the clock, the menu language and the power-off timer, plus formatting the memory card. There’s also the unique Olympus facility called Pixel Mapping, which can eliminate dead pixels on the camera’s CCD.


With such a truncated menu system, it’s the main mode dial on the back panel that does most of the work. It has no less than 10 different options, including auto, program, movie mode and seven different scene modes, covering the usual suspects such as portrait, landscape, landscape + portrait, night scene, sport, self portrait and beach & snow.

As I mentioned earlier, the C-180 has a non-zoom lens, so you’d expect the start-up time to be generally quicker than a camera that has to first extend its lens. Wrong. The electronics and power system are relatively simple too, so its start-up time is a little sluggish at 3.5 seconds, which is also the time taken to wake the camera from sleep mode. The AF system is also not as good as that in most Olympus cameras, and the camera does suffer from an annoying near two second lag between pressing the button and the shot being taken. Combine this with a write-to-memory time of around four seconds for a full-sized image and you’re looking at a shot-to-shot time of just over six seconds. The C-180 has no continuous shooting mode, so that’s pretty much as fast as it’s going to get.


Another thing lacking from the C-180 is any way of changing either the white balance or ISO settings. This is presumably done to avoid confusing new users, which is fair enough since I’ve heard that there are some tribespeople living in the central highlands of Papua New Guinea that don’t know what ISO and white balance are for. Apart from the sluggish performance the C-180 handles very well. The LCD monitor is recessed slightly, so it’s less prone to fingerprints than some, while the deeply recessed lens is virtually immune to dirt and damage. The shutter button is a tad stiff, but at least it’s solidly attached.


With its non-zoom lens, the C-180 is unfortunately limited to a digital zoom. I say unfortunately because in my opinion digital zoom should never, ever be used, because it ruins photographs. It takes the central portion of the image from the CCD and electronically enlarges it to fill the frame. Since it can’t magically produce data from pixels that weren’t there at full resolution, it has to guess using an interpolation algorithm, which drastically degrades the image quality.


If you’ve got a 5.1 megapixel camera like the C-180, which has 4x digital zoom, then at full digital magnification you are throwing away 75% of your camera’s resolution. This effectively means you’re using a 1.3 megapixel camera that interpolates its native images up to an interpolated five megapixels, and this clearly shows up in the test shots. If you look at the zoomed-in images you’ll see how blocky and pixilated they appear. If you need to magnify a digital image, it’s generally a much better idea to take the picture at full resolution and enlarge the relevant section using Photoshop or some similar image processing software.


Apart from this disadvantage, the C-180’s image quality isn’t at all bad. Lens distortion, image noise and purple fringes are all kept to a minimum, focusing and exposure are consistently accurate, and colour rendition is good, although I did notice that the auto white-balance sometimes produced a pinkish tint on white highlights. All in all, a creditable performance from a simplistic camera.


A better quality alternative to the cheap, unfamiliarly-branded cameras you’ll see in supermarkets and catalogues. Build quality is excellent, picture quality is acceptable for snapshots and there has never been a digital camera that’s so easy to use. Slow performance, no manual functions and the lack of an optical zoom are handicaps making its value mediocre. One for the kids, but splash out more if you want something with greater functionality.

”A range of test shots are shown over the next two pages. Here, the full size image has been reduced for bandwidth purposes, and a crop (taken from the original full resolution image at Adobe ImageReady jpg quality 60) follows each image in order for you to gain an appreciation of the overall quality. The next page consists of resized images (to Adobe ImageReady jpg quality 50) so that you can evaluate the overall exposure. For those with a dial-up connection, please be patient while the page downloads. Please also note that there are no ISO comparison shots for this camera, since it has no manual ISO control.” 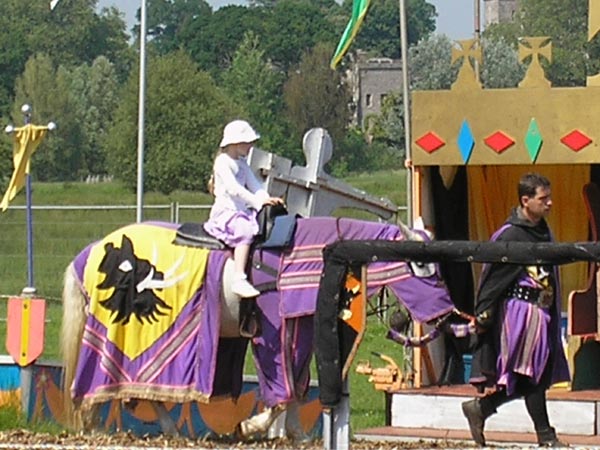 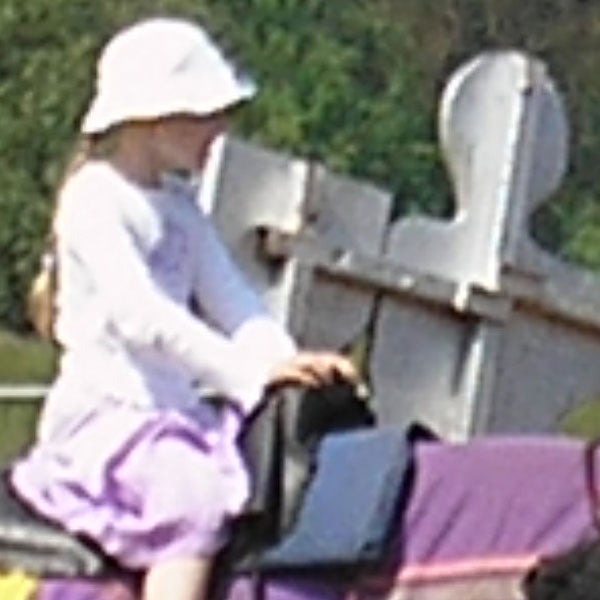 ”’In this shot taken at the maximum 4x digital zoom you can clearly see the degraded quality of the image, which is blocky and pixilated.”’ 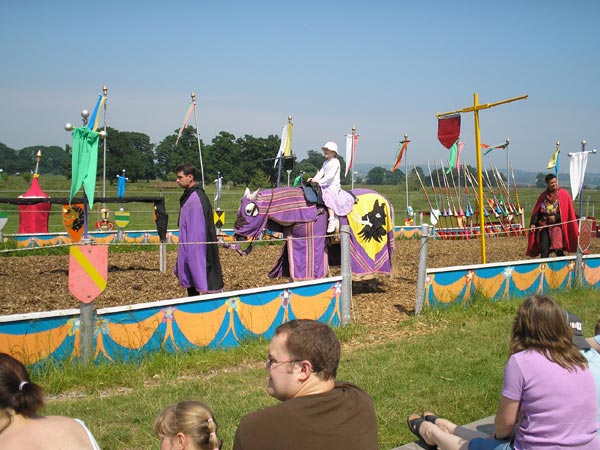 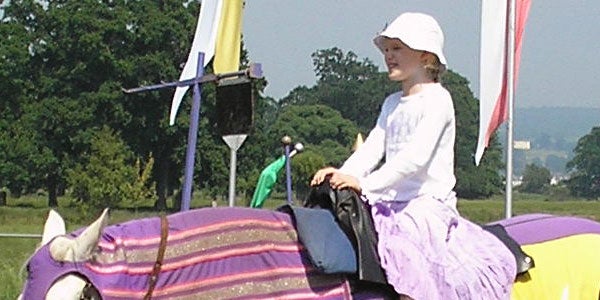 ”’Compare this with the previous shot. At full optical resolution the C-180 is capable of producing excellent quality pictures, with bright colours, accurate focus and tons of detail.”’ 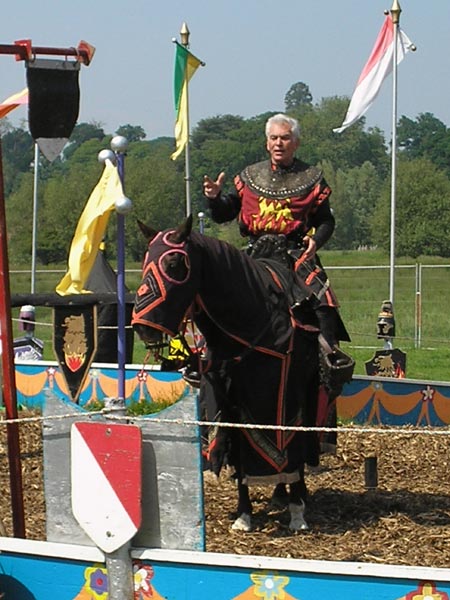 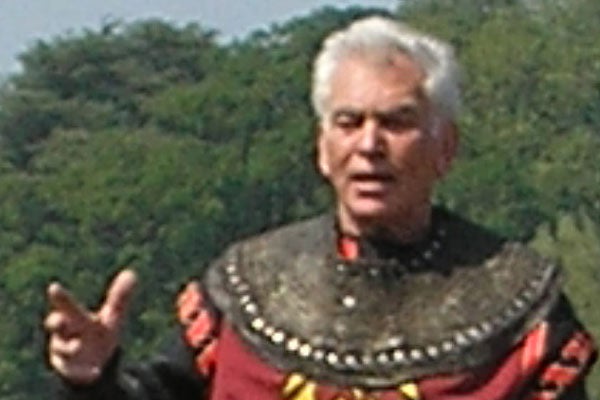 ”’Even at medium digital zoom (x2.8) the image quality is much lower than at full resolution, reducing detail and making the image blocky.”’ 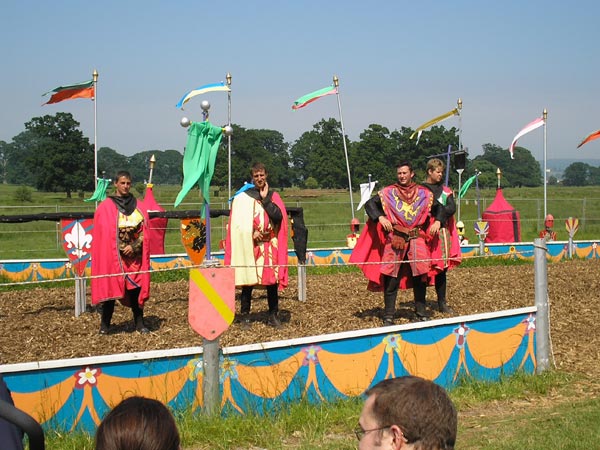 ”’Using a digital camera at a medieval jousting tournament in Devon, I was lucky not to be burned as a witch. Luckily I’m too damp to burn well.”’ 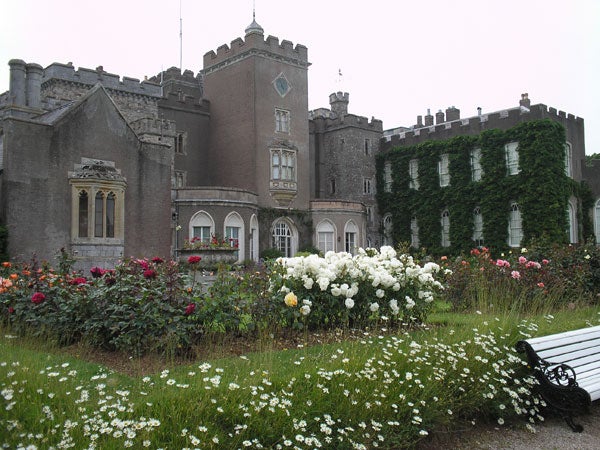 ”’The always-on automatic white balance has created a slight pink cast to the white sky in this shot, making it look more overcast than it really was.”’ 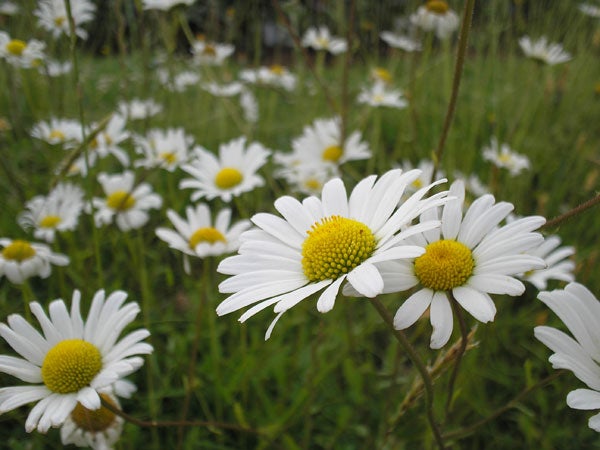 ”’With its permanently fixed wide angle view the C-180 produces very nice macro shots, although there is some lens distortion towards the edges.”’