Just like its predecessor, OlliOlli 2 is a game that’s all about timing. Whether it’s scoring that perfect landing, building up speed to tackle that uphill ramp or performing a crucial mid-chain manual, timing will make or break you.

OlliOlli 2, like OlliOlli before it, is a 2D skateboarding game that offers you a career path that spans five unique worlds across 50 amateur and pro levels. The worlds – Olliwood, Curse of the Aztec, Gunmetal Creek, Carnival of the Dead and Titan Sky – all have their own distinct feel, challenges and soundtrack.

Although you’ll only need to finish a level to progress to the next one, there’s tons of replayability to be had when it comes to the challenges. Each level has five you can choose to go for. And we warn you, some of the harder ones will have you hitting the retry button over and over – triangle button, in case you want to know. 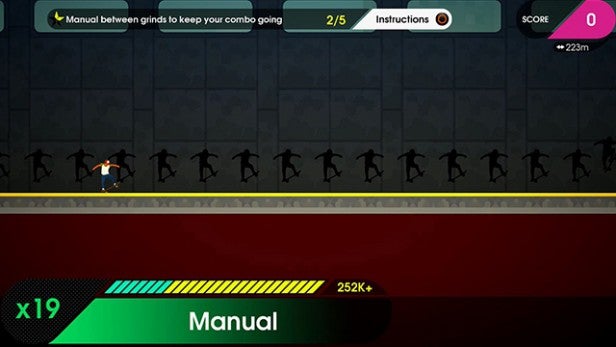 That comes down to the timing elements we were talking about before. Early levels will just need you to leap perilous gaps or grind rails. You do that by pushing the left analogue stick up to jump or perform tricks, pushing X when on flat ground to give yourself some speed, and then X again to land said tricks.

You’ll gain more points if you time your landings properly, with ratings ranging from “sloppy” to “perfect”. The more tricks you can finish with a perfect rating, the better your final score will be. 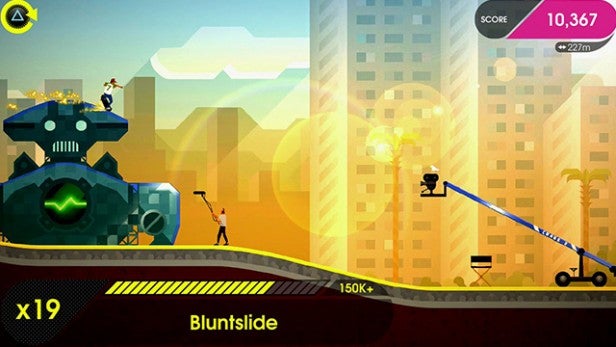 As the levels progress, you’ll need to pull off some increasingly complicated tricks. You do these by twisting the left analogue stick in specific directions. Later levels also introduce you to some of the new features that really sets OlliOlli 2 apart from its predecessor.

First up are the new level structures. The sequel has new ramps and epic hills that allow you to get some massive air. But they also leave you rather exposed to what’s below you on your first time in a new level. 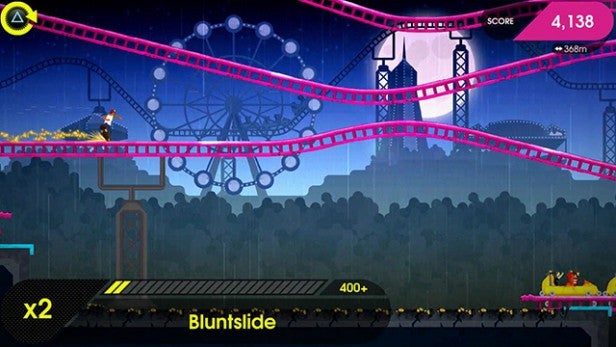 Because of those new ramps and hills, developer Roll7 has introduced multi-route levels. You might need to run through a level a few times to discover that one of the routes will gift you with a power-up. Or guide you through a special marker that you’ll need to complete one of the challenges.

These multi-route levels are a welcome addition to OlliOlli 2. They make each run-through feel more varied and make the original’s gameplay seem one-dimensional in comparison. 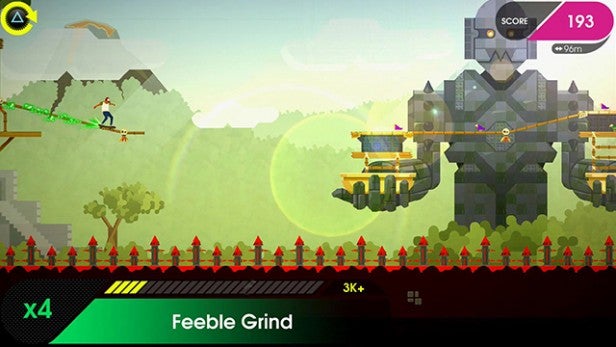 The combo system has also been expanded with new manuals, reverts and grind switching. Manuals are our particular favourites. By holding the left stick left or right and holding X as you land tricks, you can perform a manual. Successfully pulling one off lets you connect your tricks together for some seriously impressive combos.

That’s partly what makes OlliOlli 2 so addictive. You’ll find yourself racking up these 34x or more combos and fluffing the last landing. You’ll curse yourself when you see that “sloppy” rating flash up yet again or falling flat on your face at a crucial moment. You might even get to the point where you’re going to give up on that challenge altogether, at least for a while.

If you’re playing on PS Vita, you might find that the left analogue stick is a little small for performing some of the more intricate tricks. It’s a lot easier on PS4, but OlliOlli 2 is definitely a game that really lends itself to the smaller screen. 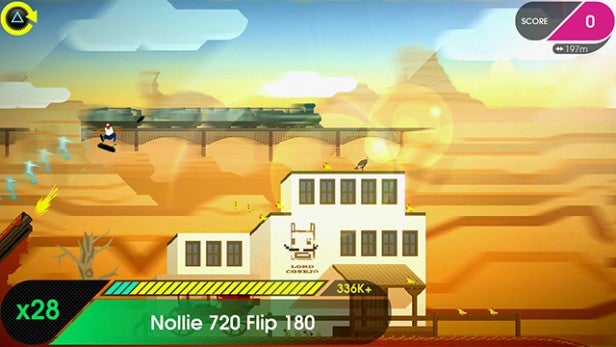 What’s so great about OlliOlli 2 though is that you get so much for your affordable investment. Like the original OlliOlli you get a fairly lengthy Career mode, but also the Spots Mode that gives you a chance to get the biggest score and combo you can for a single run. Plus there’s the Daily Grind. This is similar to Spots Mode, but gives you a new challenge each day that you can practice repeatedly and then take one shot for the ultimate high score that’s posted to the leader boards.

There’s also the skatepark too for practicing all the tricks and skills you’ve picked up along the way. The Tricktionary holds the key to all the moves if you need to look up a specific trick for a challenge as well, which has been thoroughly expanded on from the original. 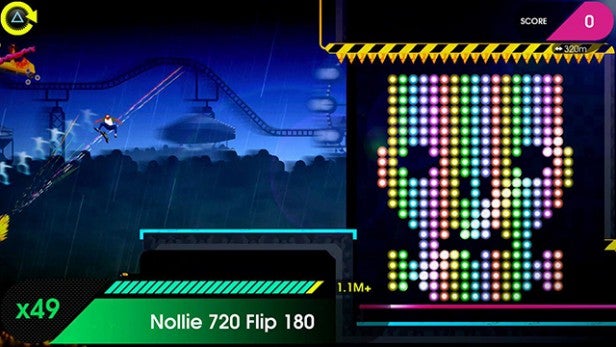 Each world has it’s own vibe and you’ll not want to play OlliOlli 2 on mute if you can absolutely avoid it. We might say that there are a few questionable sound effects lurking in the Olliwood soundtrack though. 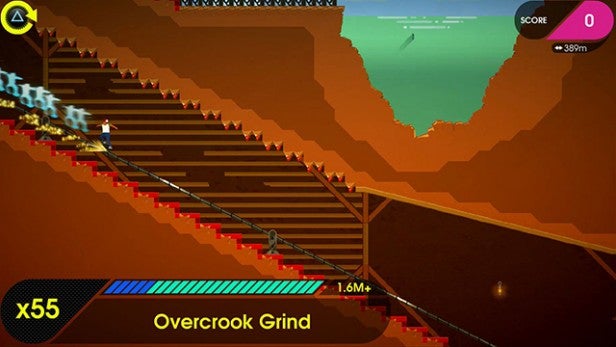 It’s also worth remembering that post-launch you should expect OlliOlli 2: Welcome to Olliwood to gain some additional features. A new split-screen local multiplayer mode for up to four players is coming to the game, with four game modes to explore later in the year, so we’ll keep you posted on how that changes the gameplay.

Plus, this is a PS4/PS Vita cross-buy and cross-play title, meaning you can get in on the OlliOlli 2 action at home or out and about.

Verdict
If you enjoyed the original OlliOlli, then this sequel is an absolute must-have. For those who didn’t play the original, OlliOlli 2: Welcome to Olliwood is the better of the two beasts and will have you kickflipping and grinding all day long. Multiple modes, lots of replayability and a wicked soundtrack create a perfectly addictive little combo.