With companies like Brother, and most recently Dell, getting in on the LED printer market, it’s good to look at one of the latest offerings from the pioneer of the technology, OKI. The C310dn is a mid-range machine, designed for the small office or work group. 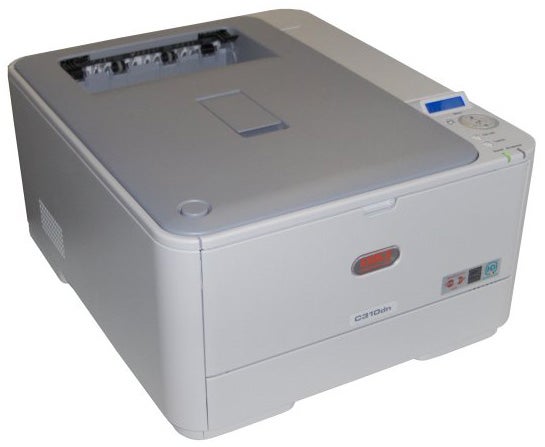 It sits quite squat on the desk, but is deeper than many printers of its type, as the drums and their respective toner cartridges fit one behind the other from front to back. Without the bulk of a laser mechanism to illuminate the drum, the high-intensity LED strips sit neatly between the cartridges, suspended from the lid of the printer. 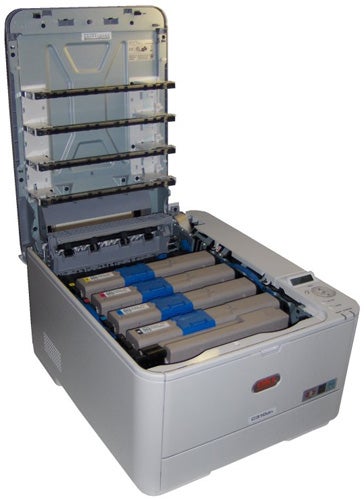 The control panel is very simple, with just five buttons, including a four-way selection ring. There are two indicator lights up front, labelled Ready and Attention and a 2-line by 16-character, backlit LCD display. The backlight is bright blue, which looks funky, but it reduces the contrast between the backlight and the black characters.


The main paper tray at the bottom of the front panel takes up to 250-sheets and a multipurpose tray, which folds down from above this, holds an extra 100 sheets. A second, 250-sheet tray is available as an option. At the back, behind a cover that unclips from the rear of the right-hand side, are sockets for USB and 10/100 Ethernet. 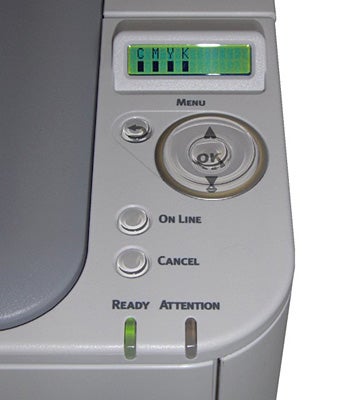 
The drum unit and its four toner cartridges are provided in situ and you only have to lift the lid, peel back packaging tapes and slide the blue plastic shutters on the toner cartridges across for them to feed toner into the printer. Setup couldn’t be much simpler.

OKI specs the C310dn at 24ppm for black print and 22ppm for colour, putting it in the middle of the speed range for colour laser-style printers. Under test, though, the speeds look ambitious. Our five-page text print took 20 seconds to complete and with toner save mode engaged, it took marginally longer at 21 seconds. This gives a speed of 15ppm, some way short of the quoted speed. 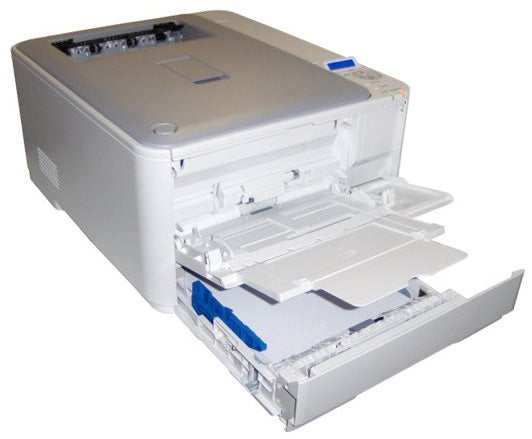 When we increased the page count to 20 pages, the speed also increased to 16.2ppm, which was the highest we saw from the machine. Compare this with the Brother HL-4150CDN, also rated at 24ppm for black print, which managed 19ppm. The difference may only be a few pages per minute, but if you keep the printer busy, it could be the difference between a chat at the water cooler and going to lunch early.


Colour graphics are a little slower than black text, with our five-page text document taking 25 seconds. A 15 x 10cm photo on an A4 sheet took 14 seconds, which is a very respectable time.


The print quality on a black text document is more than adequate and, unusually, toner save mode made virtually no visible difference to the print quality. Since it also took the same time – within one second – to print, there seems very little reason for not setting it as the default. 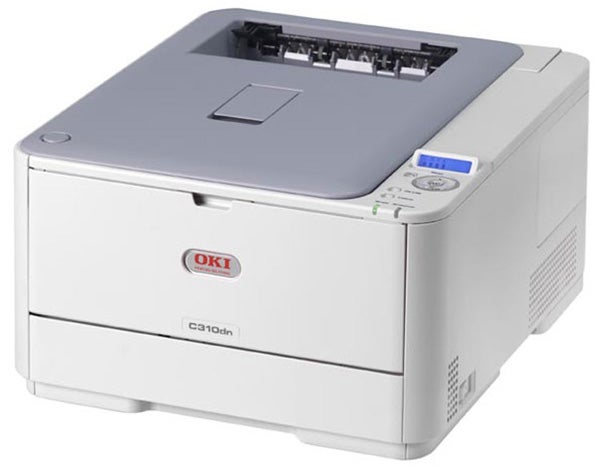 The graphics are bright and very suitable for a business printer and registration of black text over colour backgrounds is good, with no signs of any white halos around characters.


The vividness which helps produce sparkling characters in graphs and charts is, however, a disadvantage when you’re trying to print photographic content. Our sample photo overemphasised reds and blues, giving a cheap and cheerful result, not that close to the natural colours of the original.


There are many consumables in this printer. As well as the four toner cartridges, which last for 3,500 ISO pages when printing black and 2,000 when printing colour, there’s a 20,000-page drum, and a fuser and transfer belt, each of which last for 60,000 pages. So, although on paper there are several parts to think about, in practice you won’t need to change the last two very frequently.


When you work out the maths, using the cheapest source of consumables we could find, the C310dn should cost you around 2.7p for a black page and 12.5p for a colour one, including 0.7p for paper in both cases. Neither of these costs is untoward for the kind of use this machine is likely to get and it certainly doesn’t come out more expensive than equivalent colour laser printers.


The OKI C310dn is a very serviceable printer, which should also prove reliable because of the solid-state drum illumination afforded by its LED light source. It’s not quite as quick as some machines with similar speed ratings, but print quality on text and graphics is good and costs are comparable to its rivals. It’s one to keep in mind, if you’re buying for a busy small business or a workgroup in a larger organisation.