Ōkami has had a few re-releases. Despite the 2006 original suffering poor sales initially, 2008 saw a version appear for the Wii. In 2012, there was an HD remake for the PlayStation 3, which was then released on PlayStation 4, PC and Xbox One in 2017. Now, in 2018, we have an HD remake on the Switch.

Although graphics may age and date a game, style remains timeless. Sprinting at full speed through Shinshu Field with a wake of flowers blooming behind you is as joyful and beautiful an experience now as it was 12 years ago. It seems strange then that probably one of the most stylish games ever created should be subject to so many HD remakes. But anything that makes this game more widely available to those who may have missed it the first (second, or third) time around can only be welcome.

On Nintendo’s Switch, Ōkami finds a perfect home, offering the player the greatest choice in how they wish to play than any of the releases to date. 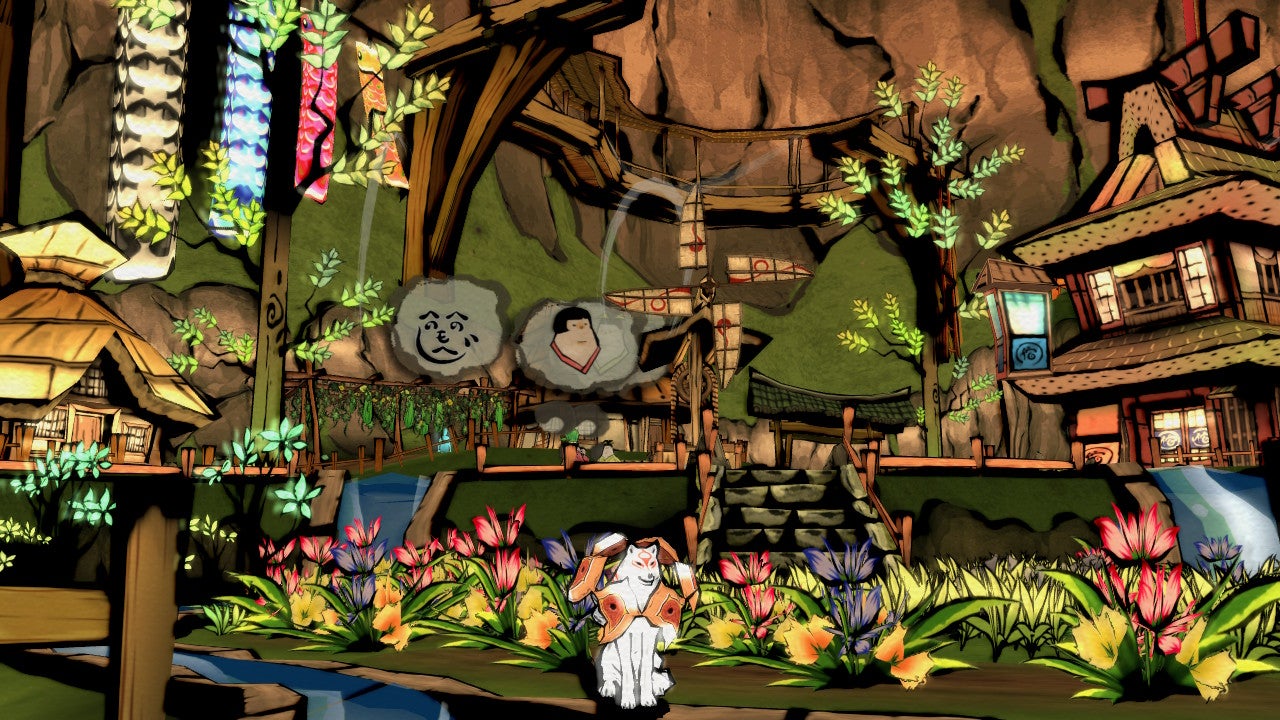 You play as Amaterasu, the sun goddess and mother to us all, who has taken the form of a white wolf. With the help of the bug-sized artist, Issun, you must free the land of Nippon from a corrupting evil.

Play involves completing quests, fighting monsters and exploring beautiful areas by gaining abilities and using the Celestial Brush – an ink brush that allows you to draw on the screen using a number of techniques to aid you through the journey.

Ōkami is an epic adventure inspired by Japanese folklore and mythology, which is brimming with memorable characters, entertaining writing, stunning music and an enjoyable combat system.

However, what the game is perhaps best known for is its aesthetic, which was inspired by Japanese watercolour and wood-carving art in the Ukiyo-e style and sumi-e ink-wash paintings.

For a game that’s inspired by static art, Ōkami’s fluidity and sense of movement is where it really shines. Amaterasu sprints, leaps and attacks with an ease that makes every button press a delight. There’s also a mechanic of gaining ‘praise’ – used to increase health and ink capacity – by feeding animals.

Any game that rewards you for feeding sparrows is immediately a classic. 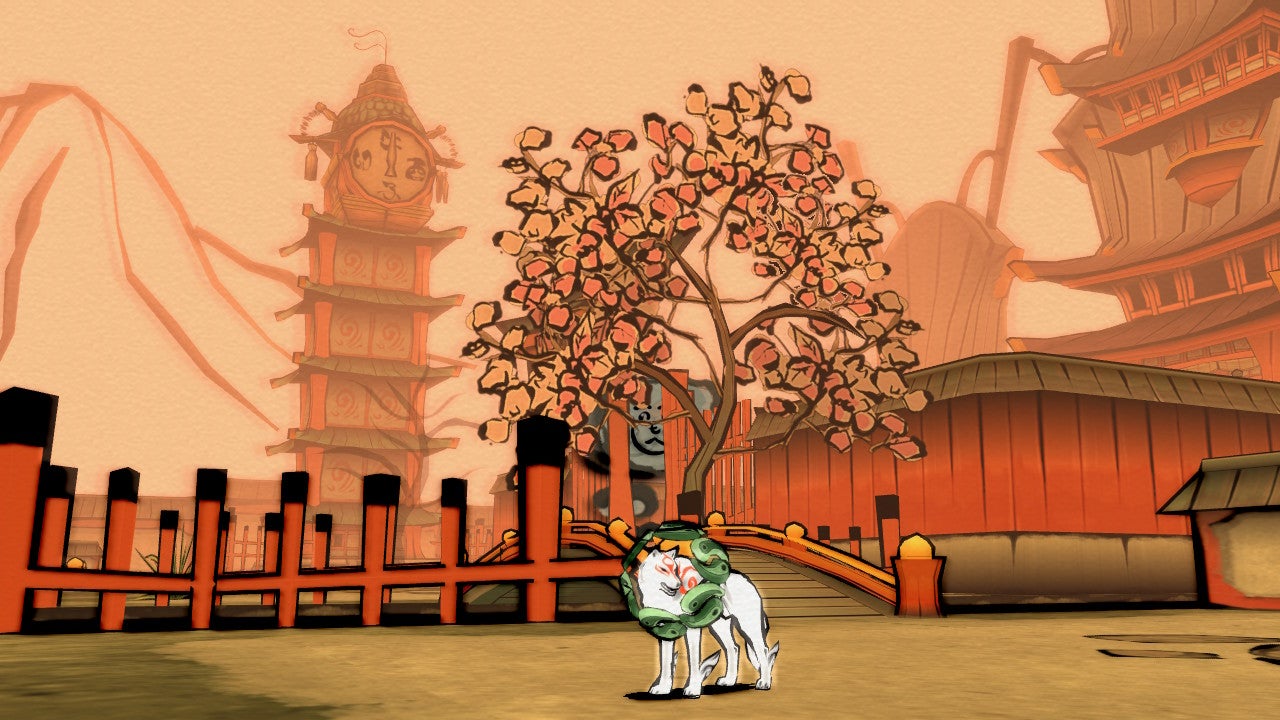 There are several different options for controlling the game in this Switch version. There’s the normal buttons and sticks on the Joy-Cons or pro controller. If you’re playing the Switch as a handheld device, you can use the touchscreen to direct the Celestial Brush. The Joy-Cons can also be used in both TV and table-top mode as motion controls for the Celestial Brush and the fishing mini-game.

The touchscreen initially seems very intuitive. It lends itself well to drawing constellations with a couple of taps, and filling in cursed areas to allow them to spring to life.

However, it’s too awkward to move your hand to touch the screen while in combat, and then quickly back to the buttons to make it a viable control option while engaged in battle. Although not appropriate for every use of the Celestial Brush, it’s nice to have the option, and doesn’t require jumping in and out of menus to activate it. 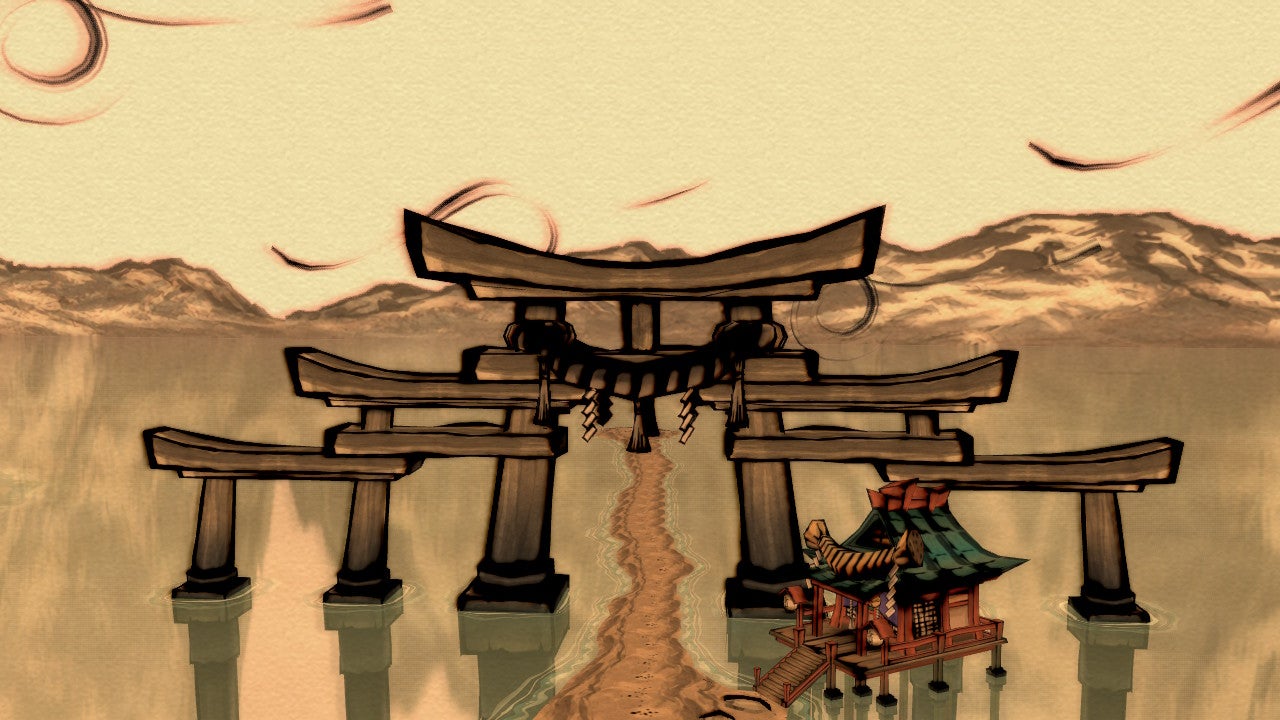 Anybody who played the Wii version of Ōkami might be a little apprehensive at the thought of motion controls making an appearance again. But using them in both table-top and TV mode is definitely an improvement on the Wii version’s temperamental control scheme. Some brush techniques are a joy to draw – there’s a real satisfaction in flicking your wrist and summoning a gust of wind.

The game has you moving the Joy-Con from side to side, eventually flicking it up and using your brush technique to slash the fish. When the drawing mode is activated, the Joy-Con automatically calibrates where you’re pointing at the centre of the screen. And because you’ve been swishing your arm about fighting a fish, it can mean that you then end up having to try to draw a straight(ish) line with your arm at a very uncomfortable angle.

The satisfaction when the motion controls do work doesn’t quite outweigh the frustration when, frequently, they don’t. While enjoyable to try every now and again, the game generally flowed better when using the original controls. 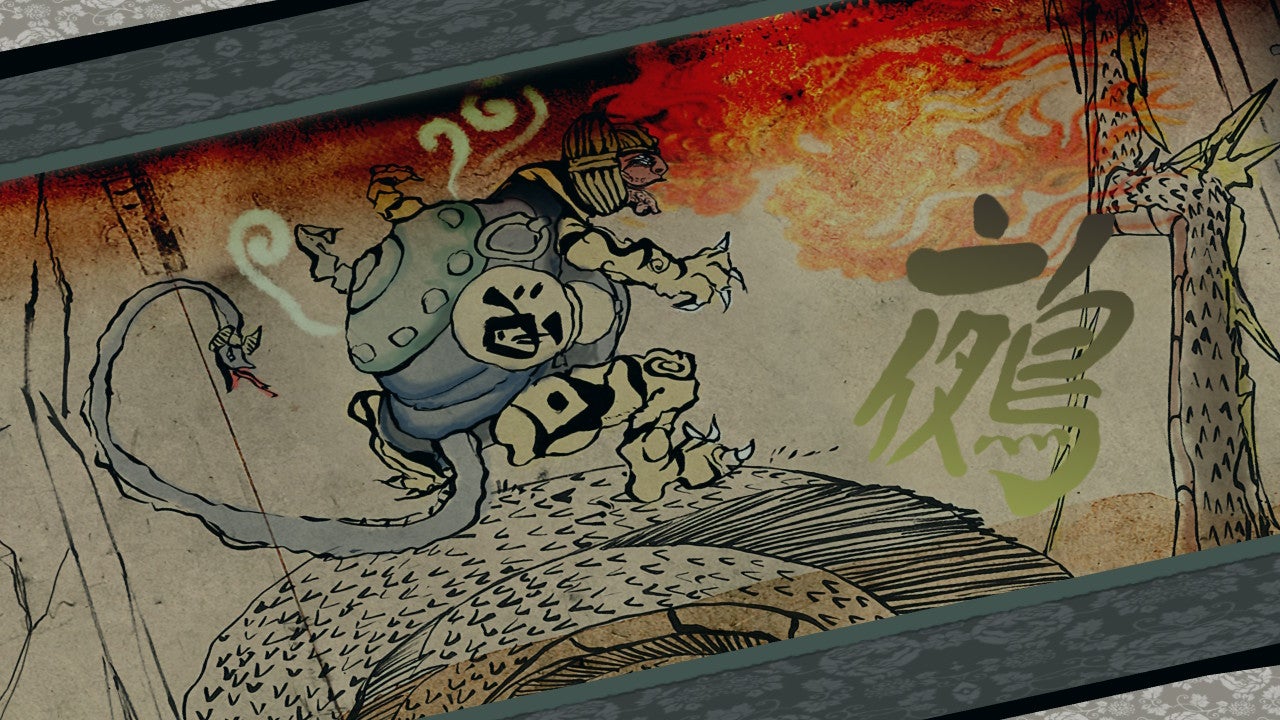 The options that this version of the game offers are nice to have, even if they aren’t always the greatest way of experiencing the game. Luckily, it doesn’t make you play in any particular way.

Confusingly, hidden in ‘original settings’ – those settings pertaining to the original version of the game; not reverting options back to their original setting – the player has the choice to revert to the original 4:3 aspect ratio rather than widescreen. There’s also the option to turn on the loading screen mini-games, which were removed for the Wii and PlayStation 3 releases.

Perhaps the best way to play comes as a result of the design of the Switch as a console. Ōkami is a long adventure game. Often people will play for around 40 hours, if not longer. The Switch’s ability to be taken anywhere is a perfect fit.

The game plays just as well and looks just as beautiful on the small Switch screen as it does on the TV. Being able to dip in and out of the epic in various environments – rather than simply being sat on a sofa in front of a television – is ideal.

Do be careful about playing it on your commute, though. Busy digging holes, feeding sparrows, and saving the world from a corrupting evil, you may miss your stop. 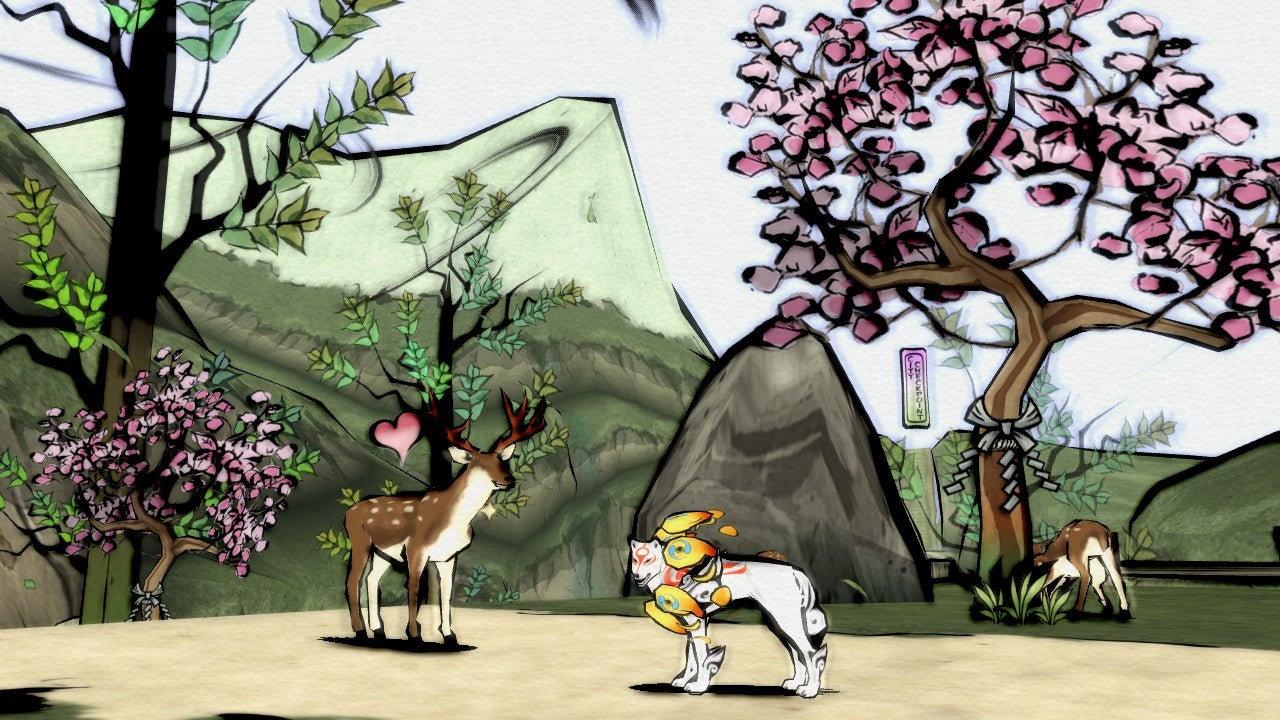 Another re-release for Ōkami may seem unnecessary, but the variety of options the Switch provides makes it a great fit. The motion controls may be a bit fiddly, but luckily, they’re not the only way to play. They offer a nice alternative for those interested.

The touchscreen works well for particular moments. It may not be a revolutionary way to play Ōkami, but the game doesn’t need a revolution. It remains a masterpiece, and the Switch is a wonderful console on which to experience it.