Aside from Word’s collaboration features and the cross-suite updates, only Excel and Outlook have had much of an upgrade in Office 2016.

Excel gets the most changes, starting with the addition of six new chart types, including sunbursts, treemaps and waterfall charts. There are also pivot tables that can handle dates and Power Query is now integrated, allowing for much easier integration of live data from other sources such as databases and web pages.

There’s also a new forecasting option that makes it easier to analyse your data and make predictions such as future revenue growth. A nod to the current touch-screen era is the addition of a tool for handwriting in formulae, saving you having to work out or remember just exactly how you create a Sigma or Pi symbol. 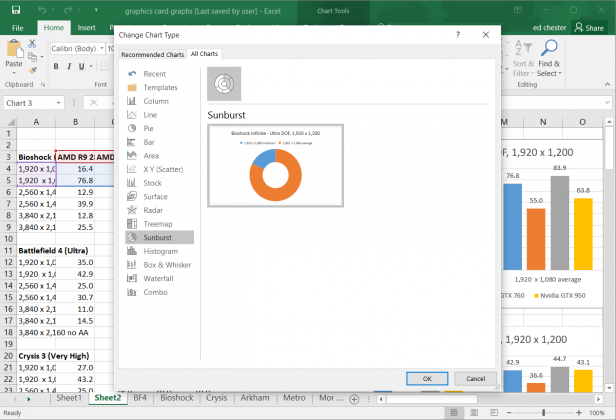 Collaboration is also enabled but it’s not at the real-time level yet, with users having to take turns saving and passing on their versions.

It all adds up to an even more powerful experience but there’s little here that’s going to seal the deal. Moreover, there are plenty of things still not fixed. 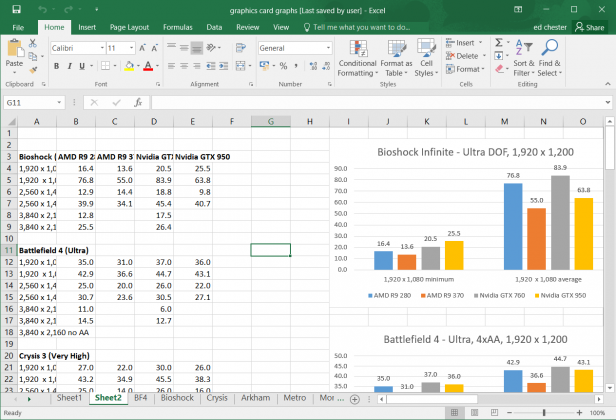 Most prominent is the way graphs and charts are still handled as in-spreadsheet entities that morph and change size as you change the spreadsheet, rather than having a separate interface for creating slick, consistently formatted graphs and having a convenient export tool for them.

The flagship feature of Outlook 2016 is Groups, which is a new twist on the enterprise group management that’s long been a mainstay of the Outlook/Exchange setup. Here, though, the emphasis is on managers and other team-leaders being able to create groups for themselves rather than IT having to get involved.

Users can create and manage groups themselves, enabling members to chat together, share files and exchange notes, in a similar way to how the more freeform chat apps such as Google Hangouts or Whatsapp work.

There’s also a new email filter called Clutter. This is yet another attempt to clear our inboxes of unwanted emails, with the filter using its own algorithm to guess what will and won’t be useful to you. It’s not a spam filter per se but more a way of keeping legitimate but not high-priority emails such as office newsletter emails from clogging things up.

As ever with these such filters, it isn’t infallible so it’s likely you’ll have to regularly check the Clutter folder to make sure you haven’t missed anything important. If that sounds like too much bother for you, the feature is optional.

Perhaps the most obvious new feature of Outlook 2016, though, is it has a responsive interface. Resize the window and it will automatically adjust the size of the viewing areas inside. As the window gets smaller it will reduce down to a tab the mailbox menu then the email list so that on the smallest devices you end up with a single-window view, just like on a phone.

Unlike custom phone interfaces the Outlook 2016 Ribbon menu stays the same format but just bunches up into smaller and smaller tabs, to the point it looks a bit of a mess and is difficult to use.

Still, it’s definitely a step in the right direction, in terms of the universal app vision Microsoft has for Windows 10 working across PCs, tablets and phones alike. It just feels like something of a token effort considering no other Office apps have a similar feature.

When it comes to the rest of the Office suite, very little has changed. OneNote and Publisher are to all intents and purposes identical, with just the new Tell Me toolbar, sharing features and here and there a very slight layout tweak.

Access has a bit more going on though the changes are tweaks to existing features rather than anything new. The Linked Table Manager now allows you to easily export to Excel a list of all the data sources your database uses, and the Show Table dialog is larger so you don’t have to scroll as much. 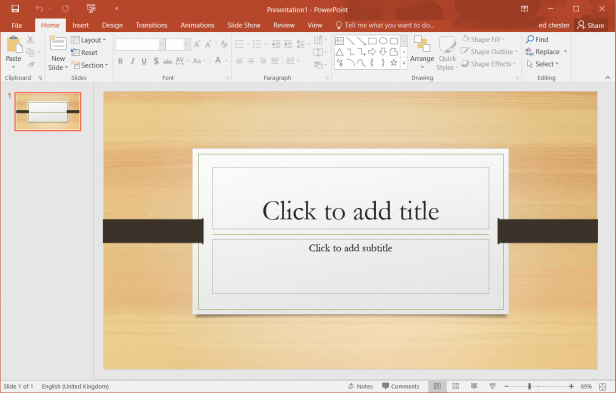 PowerPoint gets an easy way to compare changes that other people have made to a presentation with a new side-by-side comparison tool that lets you pick which changes to save.

As for Project, it gains a new timeline view that shows multiple timeline bars together plus you can show specific phases of a project in the timeline bar by picking the dates.

Visio gets at least one notable change in the shape of a new Quick Import tool that makes it far easier to setup the connection to Excel data used to generate diagrams. Rights management is also available so you control who can see your documents.