It’s been around seven years since O2 launched its Xda range of own branded smartphones, but the freshly squeezed Zest is the first one aimed specifically at Pay and Go users, although it is available on pay monthly too. The Zest also breaks with tradition in that it is actually built by Asus, whereas most other Xda devices are rebadged HTC models. Priced at £249.99 on O2’s Pay and Go tariff, the handset is relatively cheap as smartphones go, especially as it packs in a decent range of features including HSDPA support and an onboard GPS chip.


Design-wise, the phone isn’t what you’d call a looker. It’s more functional than flash, with its wide and thick dimensions making it look rather squat. And while the glossy black finish on the front and back initially looks quite appealing to the eye, it collects more finger prints than the cast of CSI making it quickly look pretty grubby and in need of a wipe down. It’s not all bad though, as the handset’s small size makes it quite comfortable to hold and O2 has added a simple, but very useful, sliding button on the side that instantly takes the phone in and out of standby mode. 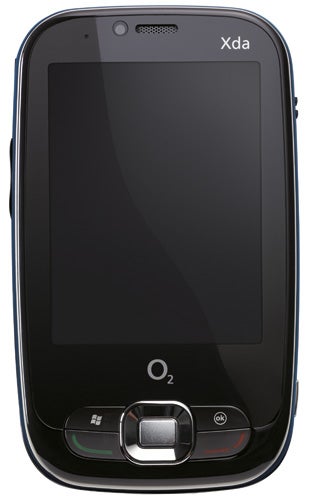 As with most of the current batch of Xdas, the Zest is built around Windows Mobile 6.1. There’s plenty of debate about the benefits and draw backs of Windows Mobile: some like its broad range of features, while others hate its unwieldy user interface.


We’re certainly not keen on the standard look and feel of Window Mobile, so it was a relief to see that O2 has kitted the Zest out with its own user interface (which is actually a tweaked version of SpB’s Mobile Shell). This is essentially an overlay that sits on top of Windows Mobile and presents you with a simplified home screen and a 3D-style menu system with chunky buttons that are easy to poke with your finger. These menus are surprisingly responsive (more so than those found in HTC’s similar TouchFlo interface) and actually do a decent job of making Widows Mobile a bit more user friendly.


In fact, the handset is one of the most responsive Windows Mobile handsets we’ve used recently thanks, no doubt, to it’s speedy Marvell TavorP 624MHz processor. Screen updates are pretty much instantaneous and there’s very little slow down evident even when you’re running programs in the background.

However, there are still some problems. Firstly, there are several jarring occasions when you’ll find yourself rather rudely chucked back into the usual Windows Mobile menu system. Secondly, the on-screen keyboard is too small to be finger driven so you have to resort to the stylus (which is tucked away in a slot on the top right-hand corner of the device) when you want to compose emails or enter text into the web browser. With a bit of effort you can replace this with any number of more suitable and free software keyboards, but really O2 should have done this leg work for you.


On the storage front the handset has 256MB of flash ROM and 128MB of RAM onboard, but you can add extra space via MicroSD cards. However, the card slot is rather awkwardly placed under the SIM card holder, which means that it can’t be reached without taking the battery out. We would have much preferred a more easily accessible slot so you could hot swap cards.

The Zest’s 2.8in screen might be a tad small compared to those found on high-end handsets like the HTC Touch HD, but its sharp resolution of 480 x 640 pixels helps text and icons look very crisp. The display is also very bright and colours look wonderfully vivid too, with the result that it was great for watching videos downloaded from ”BBC iPlayer” and for viewing digital photos.


The rear of the phone is home to the 3.0-megapixel snapper, but it’s a pretty run-of-the-mill camera phone affair and lacks a flash so low light shooting is a no-no. Snaps taken in daylight don’t look too bad when viewed on the phone’s own screen, but when they’re transferred to a PC the weaknesses, such as blurry edge detail, quickly become apparent.


The built-in GPS functionality, on the other hand, is a whole different kettle of fish. The phone uses the latest SiRFstarIII chipset which is very quick to pin point your location. To make best use of it you can try it out with the included Copilot 7 software, but unfortunately this is only a two week trial version. After this period has elapsed you have to shell out £49.99 if you want to continue using it. Naturally, we would have preferred to have the full version included as standard, but you can’t have everything, especially at this price.

The rest of the software bundle isn’t too bad. Opera Mobile (8.65) is used as the standard browser in the O2 menu system and accessing sites over HSDPA or Wi-Fi is suitably zippy. The phone is also pre-loaded with the handy Cyberon Voice Commander software which adds pretty comprehensive voice dialling and voice control capabilities. For example, you can activate it and then tell it to call a specific person on their mobile number and it will search your contacts list for the correct name and number to use. Similarly, you can call out the name of a music track in your library of tunes and it will go and find it and start it playing for you. 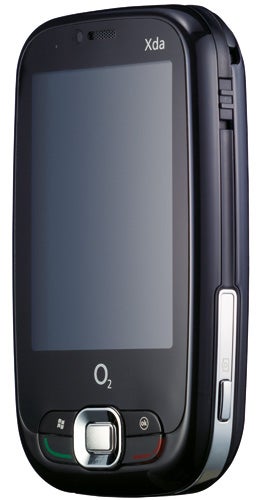 During our test period we found that call quality was generally excellent and that the speakerphone mode works well, too, as the internal speaker is surprisingly loud. The Zest uses a 1,300mAh Lithium Ion battery and thankfully isn’t exceptional thirsty when it comes to power. On a single charge it managed to keep going for around two days with medium usage for phone calls, emailing and a bit of web surfing via Wi-Fi.


Overall, the Xda Zest is a neat little Smartphone. It’s certainly not the best looking handset around at the moment, but there’s something about it that just feels right in a way that other Windows Mobiles don’t. We think a large part of its charm is down to the fact that O2 has managed to strike a good balance between zippy hardware and a usable interface. The fact that it’s also pretty competitively priced only adds to the appeal.