O2 likes to try and cover off pretty much every niche with its XDA line-up for smartphones and so it’s added the XDA Guide into the range to temp those who want a phone that they can also use as a sat-nav either in the car or when they’re out and about on foot.


It’s no secret that O2 doesn’t actually manufacture its own smartphones, but instead relies on outside companies such as HTC and Asus to build the actual hardware before it adds its own branding. The eagle-eyed among you may have spotted from the photos that the XDA Guide is really a rebranded version of the updated HTC Touch Cruise with O2’s logo stamped above the row of buttons under the screen and the XDA insignia etched into the chassis to the top left of the display. However, this bundle is about more than the phone as the Guide is also sat-nav ready, but more about that later. 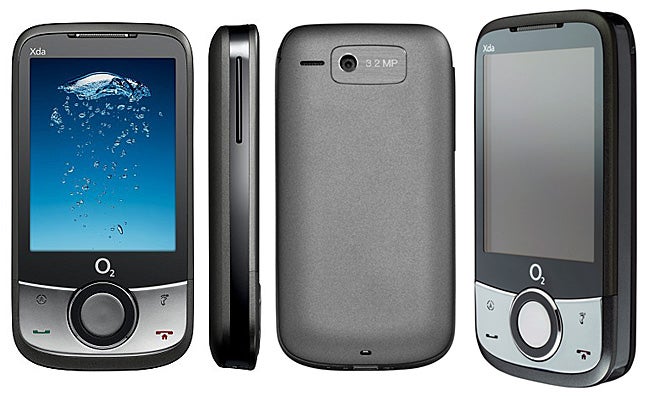 This handset may have been on the market for a while in its previous guise as the Touch Cruise, but it’s still quite an attractive looking phone. The resistive touchscreen is mounted flush with the rest of the case giving it nice clean lines and the dark graphite rear and edges look suitably professional. Add in the chrome effect on the buttons below the screen and you’ve got yourself a sophisticated and stylish looking phone.


One of the key innovations on the Guide is the mechanical scroll wheel that’s integrated into the circular D-pad that sits beneath the screen. This is used to move through lists of entries in menus and also for zooming in and out on photos, maps or webpages. It works a treat, especially in the web browser, and is probably the next best thing to the iPhone’s multi-touch pinch to zoom feature.


The Guide uses a 528MHz Qualcomm MSM 7225 processor in conjunction with the 256MB of RAM and although it’s not the fastest smartphone around it’s not exactly slow either and we certainly experienced no performance issues even with multiple apps running in the background. The phone has 512MB or ROM for storing applications and files, but O2 also includes a 1GB microSD card (the card slot is under the battery cover) to further beef up the storage space available, which is useful as the CoPilot Live 7 navigation software and related maps obviously take up quite a bit of room. Naturally the handset has Wi-Fi and Bluetooth support, plus you also get HSDPA for browsing on the move via the nifty, preloaded Opera web browser.

The phone runs Windows Mobile 6.1, but as it’s built by HTC it comes with HTC’s own TouchFlo software that sits on top of Windows Mobile and provides a more finger-friendly interface for accessing the phone’s key features. It does a good job of hiding away some of WinMo’s deficiencies, but you’re still dumped back into the standard, fiddly WinMo menus form time to time and the difference between these and TouchFlo is quite jarring. The Guide also lacks an accelerometer so it doesn’t re-orientate itself when you rotate it from portrait to landscape.


Naturally the Guide includes a rear-mounted camera, but it’s nothing special as it has a limited resolution of 3.2-megpixel and lacks a flash or autofocus. However, when working outdoors it takes decent enough pictures as it manages to capture a good amount of detail and with natural looking colours. Indoors, it’s a different story. It really struggles in low light conditions to the extent that you end up with lots of digital noise in your snaps. One neat feature associated with the camera, though, is HTC’s footprints software that lets you use the onboard GPS chip to geotag your photos as you go. 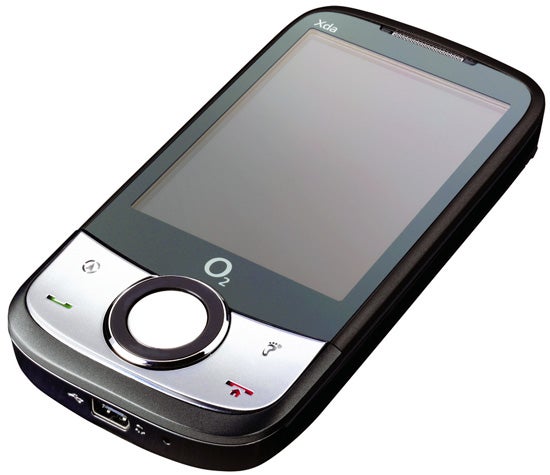 Of course, perhaps the Guide’s key feature is its navigation capabilities mentioned earlier. In the box, O2 provides a suction cup cradle for your car’s windscreen that’s sturdy and holds the guide in place without any problems, plus a car charger for powering the device form your car’s cigarette lighter. The Guide comes with the latest version of the Co Pilot Live 7 navigation software with UK maps pre-loaded on a 1GB microSD card.


The Co-pilot Live software is easy to use and has an interface that’s dominated by large finger-friendly buttons that makes route planning pretty straightforward. You can switch between 2D and 3D map views and the maps seemed pretty up to date when we used them around East London, but of course this can vary from area to area.


As you travel, the green route line is easy to follow even from a quick glance at the screen and as you would expect there are also voice prompts to keep you on track. These are pre-recorded rather than synthesised so the software can’t call out full street names.

It has to be said, though, that when using the Guide for navigation we did find the screen to be a bit on the small side. The smartphone only has a 2.8in screen, whereas most sat-navs on the market today have displays that are at least 3.5in in size. It’s also annoying that the navigation software can only be used in portrait mode rather than landscape mode, although, to be honest, the display is so small this was probably intentional so that the screen could fit more of the road ahead in. Also the Guide’s speaker isn’t all that loud so it can sometimes get drowned out by engine noise. 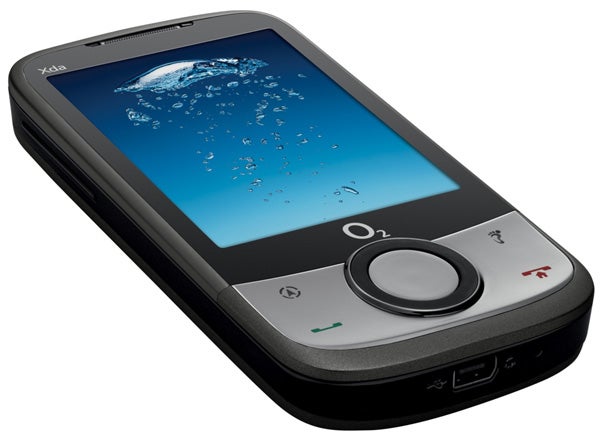 As with most HTC made devices at the moment the Guide is charged via its mini USB port that’s located on the bottom of the handset. This also doubles as the headset jack so you can’t listen to music while you’re charging the phone, but at least you do get a proper wall charger in the box, along with that in-car charger. O2 says the 1100 mAh battery is good for around six hours of talk time and between 300 – 400 hours on standby. In our experience, you’ll get around a day and a half’s usage out of it before it needs a recharge, which is a bit less than usual for WinMo smartphones. You’ll also need to make use of the in-car charger when you’re using the navigation software as the GPS chip tends to really hammer the battery.


The XDA Guide is a good smartphone but we’re not convinced it’s also a great navigation device when used in the car. The small screen and quiet speaker work against it and make us think that O2 should have gone with another, larger touchscreen device from the HTC range for this navigation bundle.