The quad-band 3G Cocoon is not the first own-branded whiter than white handset I’ve seen from O2. That accolade went to the Ice. The Cocoon though, is a uniquely oddball mobile in several respects. It certainly looks different enough to be an eye catcher and apparently if you take your Cocoon to the O2 (formerly known as the Millennium Dome) in London, the phone knows what you are doing and will provide you with ‘exclusive content’. 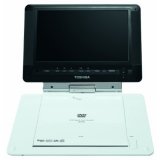 It has a penchant for playing music and while it lacks an outer display it has the mobile phone equivalent of a rolling neon sign on its outer casing. This is actually an LED that scrolls information in large blue lettering across the white front fascia at various times. Oh, and the Cocoon comes with a little stand in which you can pop it to take advantage of some of its features. O2 rather grandly calls this, the Nest.


Let’s start with the general look and feel, though. This is a rather large mobile phone for the pocket, measuring 94mm tall, 49mm wide and a rather excessive 21mm thick. It weighs 114g. When the clam is opened it extends to a little under 170mm. The clam doesn’t open fully to 180 degrees, stopping short to give the impression of being a little curved and a better fit for your face.


With the clam opened you are faced with a vast number pad and a large rectangular area containing a reasonably big navigation button and Call, End and two softmenu keys. The key arrangement is minimalist and easy to use, which is fine by me. 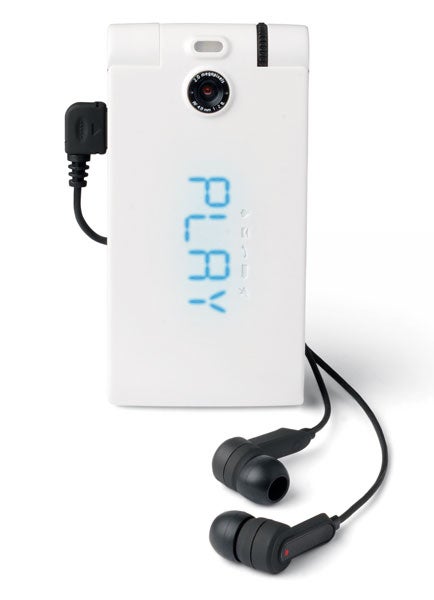 O2’s menu system is reasonably clear to follow. Up to eight shortcuts run along the bottom of the main screen and can be customised to show what you prefer, even pointing to individual browser bookmarks. The Cocoon can automatically change its wallpaper daily or hourly.


The Cocoon’s curved white outer casing with its rounded top and bottom edges and black sides makes it look unlike any mobile I’ve ever seen. The casing is made of a plastic that has a semi rubbery feel that’s quite nice in the hand, actually.

For all its unique looks the LED display is the real innovation of this handset. It has many functions. It can, for example tell you when you’ve got a text and show its first couple of words. It also shows who is trying to call you if they are in the device phone book, shows the time and provides battery low information. A series of five little icons light up when the LED is active to tell you if you’ve missed a call, got a voice message, switched to vibrate profile, set an alarm or need to recharge the battery. 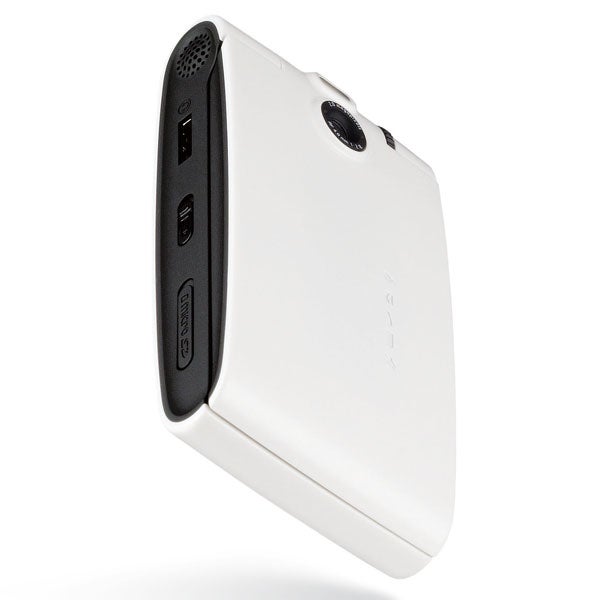 What about the music playing pretensions? Well, there is 2GB of built in memory and a microSD card slot on one edge for adding more. The Cocoon supports AAC, AAC+, WMA, MP3 and WAV formats. It will synchronise with your PC via Windows Media Player 11. It also acts as a USB Mass Storage device so PC (and Mac) owners can drag and drop files too.

The phone didn’t care where I stored my music on a microSD card – it just found tunes and added them to its library. The Cocoon also incorporates an FM radio.


The headset connector is proprietary at the phone end, and you have to use it to listen to the FM radio. Music playback quality is pretty good through the provided headphones, and they have nice in-ear buds, which I find very comfortable. But if you don’t like the headset there is a 3.5mm connector just beyond the handsfree mike, so you can substitute your own earphones. Or you can use a Bluetooth pair as the phone can send stereo to them. 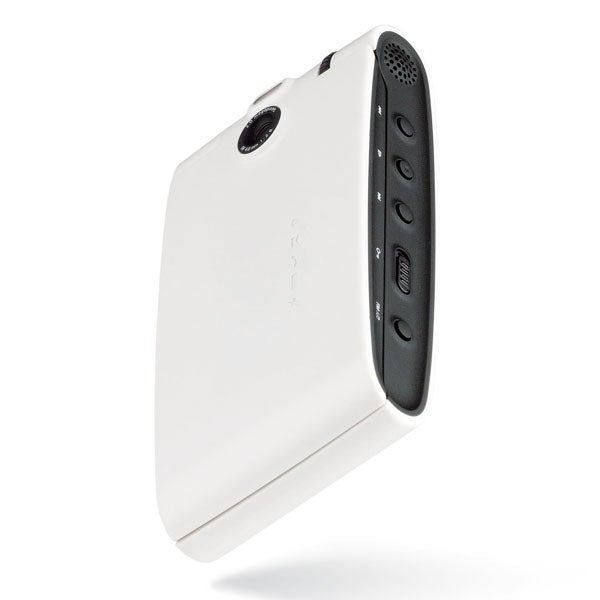 One of the phone’s edges is populated with music control buttons, a device lock, and a button that switches between music playback and the FM radio. You can use these when the Cocoon is in its ‘Nest’ (a cradle that’s provided) to control playback easily, as at this point the phone sits on its side with the controls facing uppermost – fast forward, backtrack, pause or play. The scrolling LED tells you what you are listening to before ending its info display with the time and it’ll also tell you what radio station you are tuned into.

When the Cocoon is in the ‘Nest’ its microSD card slot, battery release catch and headphones connector (which doubles as the mains power and PC link connectors) are all covered. The ‘Nest’ offers alternatives with separate PC/mains and headphones connectors and a 3.5mm headset jack too. To add to the music playing options O2 provides a 3.5mm headset splitter so you can share tunes with someone else. Cute.


As for battery life, I got continuous playback from a full charge for four and a quarter hours. This is hardly record breaking and a long way from the 15 hours O2 says you can get in ‘Cocoon mode’ i.e. with the phone closed. But I did have the handset opened and forced the screen to stay on during playback as I always do wherever possible for battery test, so my four and a quarter hours is a minimum figure which I am sure you can improve on.

The loudest speaker volume is very quiet indeed. This is odd given the stereo speakers sitting either side of the clam hinge, and the phone’s overall musical pretensions.


There is a tiny camera sitting just above the screen for video calling and a 2-megapixel lens on the front fascia. I found this took an age to settle after I’d pressed the shutter button so that images of anything moving were very difficult to shoot.


That notwithstanding, photos aren’t all that bad. The coloured dish, my standard reference shot photographed indoors under normal household lighting is fairly bright and well defined. The outdoor photos, taken on a gloomy day, are clear though as ever you can see evidence of data compression. 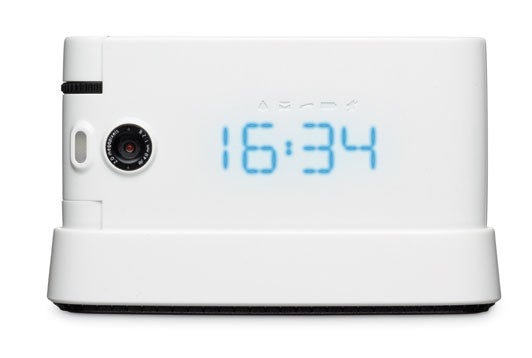 Other applications not already mentioned include a notepad, voice recorder, world clock and alarms, stopwatch, data converter and a couple of games. You get some PC software for synchronising contacts and diary and the required cable.


O2 is sticking its neck out with the own-designed Cocoon in a world so dominated by third party mobile phone manufacturers. While the Cocoon is quirky and won’t appeal to all, I take my hat off to O2 for coming up with something very different and overall I rather like it. I hope the company has more to come. 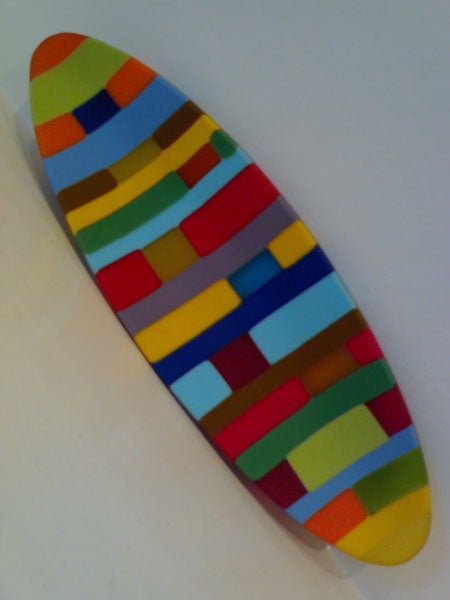 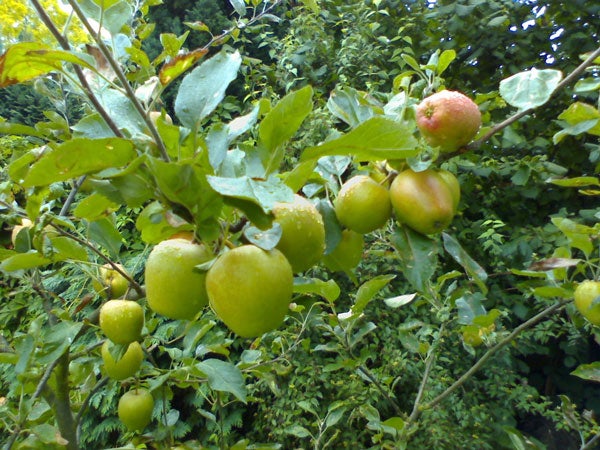 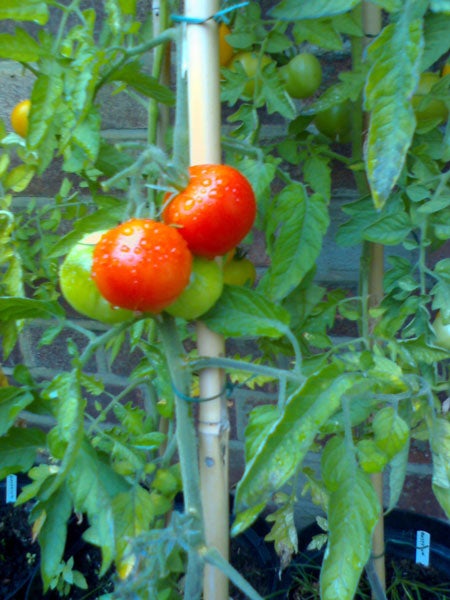