Although I expected the K1 to be running on the latest iteration of Android, the tablet is still on Android Lollipop. Nvidia promises that the tablet will move across to Marshmallow before Christmas, however.

And that’s because, as before, the Shield Tablet K1 runs nearly stock Android. There are only a few Nvidia additions to highlight the tablet’s gaming prowess, alongside a few other select features that in the main sit inside the Shield Hub on the homescreen.

It offers quick access to the Nvidia game store, which includes a fantastic array of Tegra K1-optimised titles that are exclusive to the Nvidia Shield range. This includes not only the K1 tablet, but also the recently launched Nvidia Shield Android TV box. There’s also access to GeForce now, but more on the Shield K1’s gaming prowess later.

Other apps within the Nvidia Hub include the Dabbler sketching app. This was introduced with the original Shield Tablet, which came with the DirectStylus 2. To reduce the price of the Tablet K1, Nvidia has removed the stylus and instead offers it as an optional accessory for £14.99. 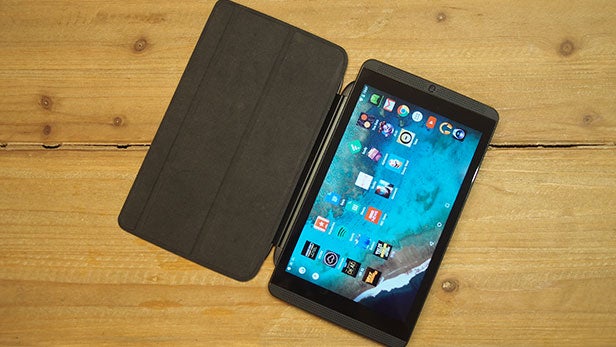 Nvidia has taken the decision to ditch all bundled cables with the Shield Tablet K1. The company believes that the majority of folk are likely to already own a micro-USB cable, with which the tablet is charged. I’m not entirely convinced that this will be the case, but its exclusion goes some way to explain how Nvidia has manage to set the the price of such a powerful tablet so low.

Since this is an Android tablet, you get the full raft of Google services preinstalled – from Gmail, Drive, Play Store, Chrome, Google Plus, Hangouts, Play Movies & TV, Play Music, Play Games and Play Newsstand and much more.

There’s plenty on offer even if you’re not a gamer, but the fact that these enhanced Android games are available on the homescreen as you boot up the tablet for the first time highlight just how gamer-centric the Tablet K1 is. 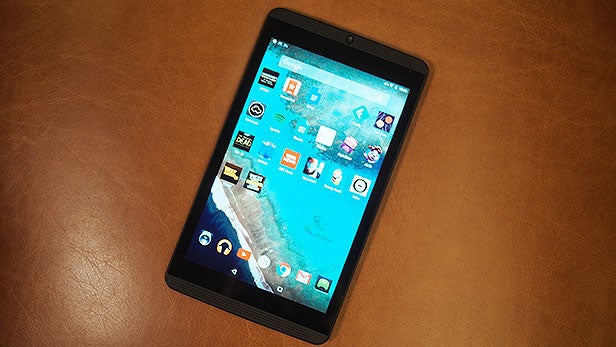 And it’s what’s hidden beneath that screen and svelte design that makes the Shield Tablet K1 the ultimate tablet for gamers on the go.

Inside Nvidia’s new tablet you’ll discover a 2.2GHz quad-core Arm Cortex A15 CPU combined with the powerful Nvidia Tegra K1 GPU and 2GB of RAM – the same setup as featured in the original model.

Thanks to those powerful innards, I experienced no issues of lag or stuttering with any of the software on the Shield Tablet K1. The only exception to this was the camera app – but more on that later.

Although you may experience longer than average load times on the Tegra-optimised titles, once you’re past the initial ones, there are few loading screens for any of the games I’ve tried – which is that’s quite a few. 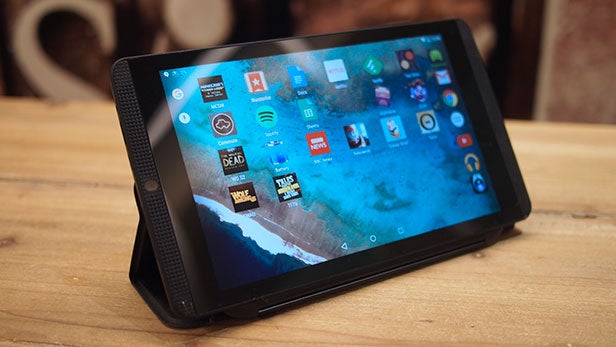 In terms of gaming, you’re looking at 3DMark scores of 2,444 for Sling Shot and a whopping 29,097 for the Ice Storm Unlimited benchmark.

These results are significantly better than those achieved by other tablets in this price range. Take the Asus ZenPad 8.0 Z380C for example. Its 854 multi-core score in the Geekbench performance benchmark is a million miles away from the results achieved by the Nvidia Shield Tablet K1.