What is the Nvidia Shield Tablet K1?

For 2015, Nvidia has stripped back its initial offering to put forth a model with bucketloads of processing and graphical grunt, numerous gaming-focused features, and all for just £149.

Can the cheaper Shield live up to the expectations set by its forebear? Is it still the ultimate tablet for gamers? 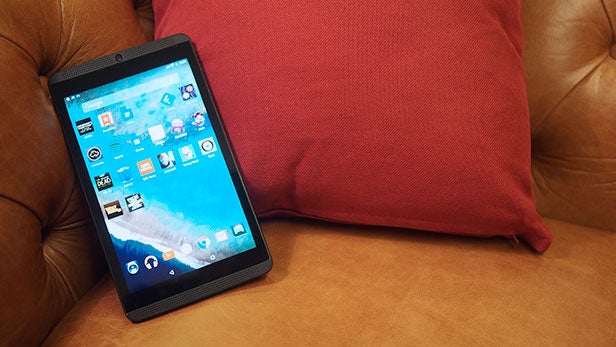 I praised the Nvidia Shield Tablet for it’s sleek design and understated looks, and the same can be said about the K1. It uses the same design aesthetics as its predecessor, with clean lines and a strong black colour scheme.

The Shield K1 is basically one big glass panel on the front, with two solid strips at either end that house the speakers and the front-facing camera. On the original model these bookends were finished in a matte-effect metal. In the K1 they’re made of rubber, not only making the tablet easier to hold in landscape mode, but also bringing down its overall the cost.

The K1’s rear is finished in a soft-touch matte plastic, which extends to the edges of the tablet too. The Shield logo in the centre is in a brushed metal.

Despite the subtle design changes, the Shield Tablet K1 continues to feel like a premium product, with the finish suggesting a price far beyond its £150 RRP. 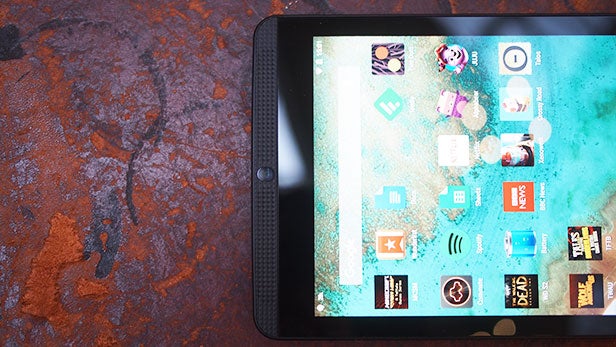 A single speaker grille sits at the K1’s base, since all the connectivity options are situated along the top and right-hand side. There’s also a second speaker grille, a micro-USB charging port and a mini-HDMI port for connecting the tablet to your TV. Finally, along that top sits a 3.5mm headphone jack.

The volume rocker, hold button and microSD port can be found on the right of the tablet. The hold button remains tricky to press, since it feels a little too depressed to begin with.

Under the hood sits some seriously powerful hardware, which supports the idea that this is a tablet aimed at gamers.

The Nvidia Tegra K1 runs the show when it comes to graphics, and it’s backed up by a beefy 2.2GHz quad-core A15 CPU and 2GB of RAM. In addition, there’s 16GB of RAM, which is expandable via microSD card. 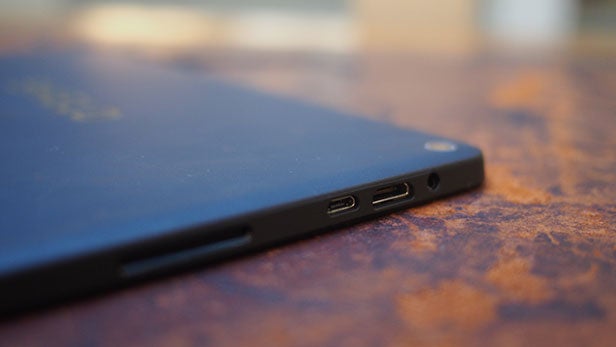 The Nvidia Shield Tablet K1 features a stunning 8-inch display with a 1,920 x 1,200p Full HD resolution. It might not have the sparkle and punch of the Super AMOLED displays found in tablets such as the Samsung Galaxy S2 8.0, but the colours are rich and clean, with a white level that makes reading books or surfing websites a delight .

That screen size, resolution and colour reproduction also comes into their own for gaming. The 8-inch size, combined with that rubbery grip, make the Shield Tablet K1 the perfect size for gaming on the go.

I’m also pleased to report that Nvidia seems to have dealt with the brightness issue that affected the original tablet. Previously I found it very difficult to watch dark content in low-light situations, such as on a long plane or car journey. In the K1, however, the black levels appear to have been tweaked so that this isn’t a problem, no matter how dark your content. 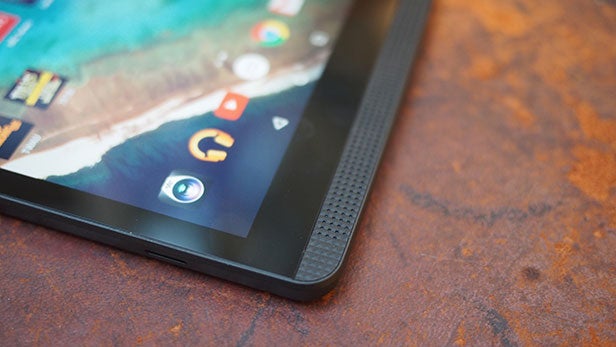 Although the Nvidia Shield Tablet K1 isn’t equipped with Dolby technology or any other audio enhancements, the pair of speakers do well to provide balanced sound.

The tablet does have a dual-bass reflex port to help reduce distortion when operating at high volume levels.